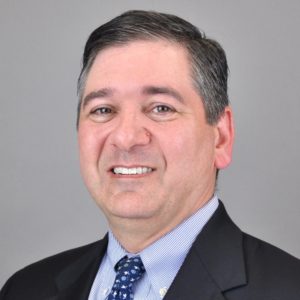 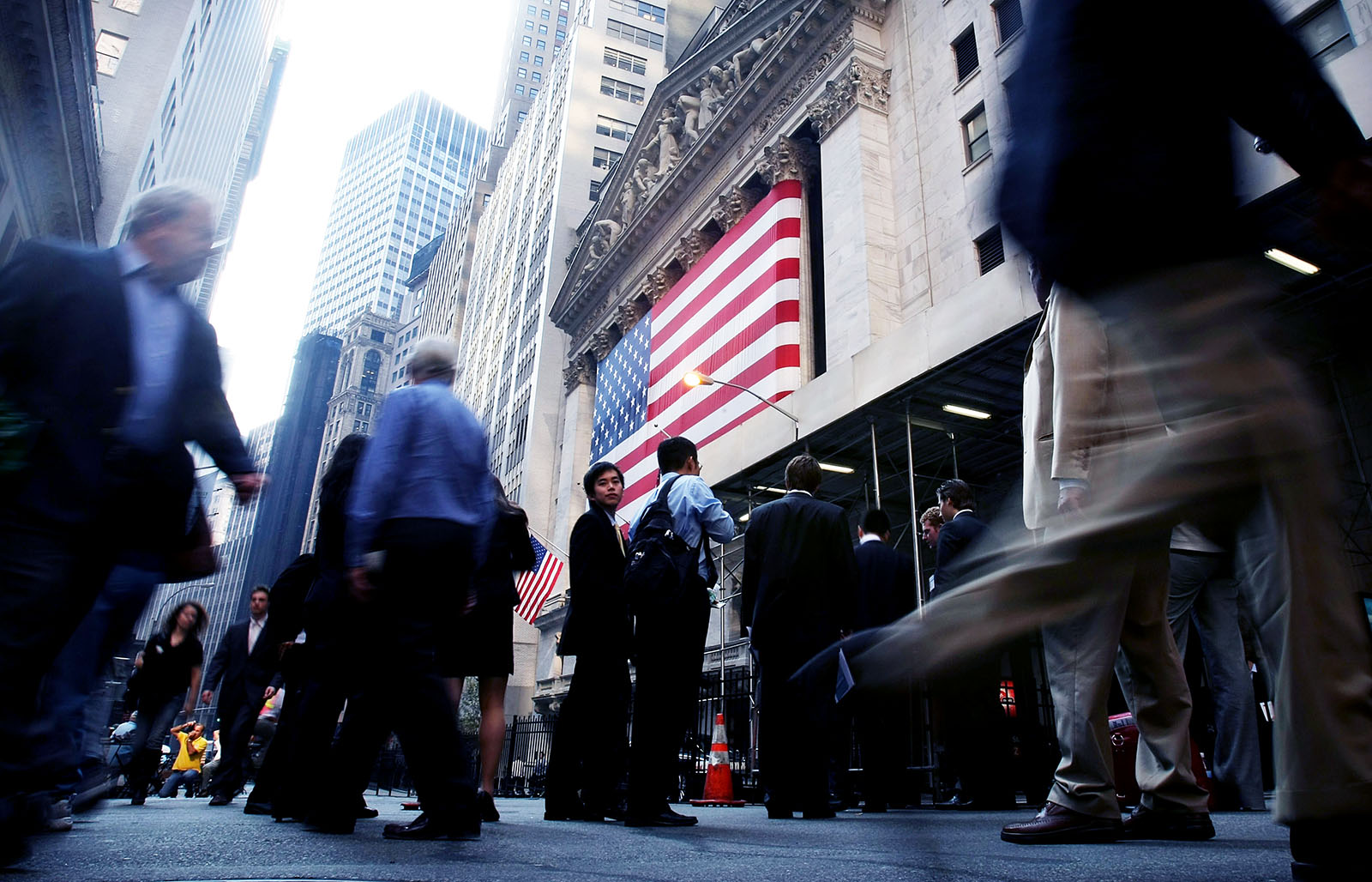 Workers walk past the New York Stock Exchange in New York City. The Committee on Foreign Investment in the U.S. has new regulations that require more preparation and specialized support for deal teams in order to be successful.

The current combination of a white-hot United States economy and somewhat contentious relations with several key international trading partners has resulted in the first update in a decade to the regime that governs foreign investment in the U.S.

This update, the Foreign Investment Risk Review Modernization Act of 2018 (FIRRMA), is designed to bolster the review process for cross-border mergers, acquisitions and investments involving U.S. entities and is effectuated by the Committee on Foreign Investment in the U.S. (CFIUS).

An interagency committee led by the Department of Treasury, CFIUS is responsible for reviewing the national security implications of all foreign investment into the U.S., and has the authority to block or unwind transactions, require divestitures or enact other mitigating or punitive measures related to foreign investments in the U.S.

FIRRMA expands the scope of transactions within CFIUS’s purview to include minority foreign investment stakes in U.S. companies and directs the executive branch to develop regulations regarding what constitutes covered transactions and new lists of foundational and emerging technologies that will be subject to review.

The net result of the FIRRMA updates to the CFIUS regime is an anticipated 400% increase in CFIUS filings based on the Department of Treasury’s projections (growing from 250 to approximately 1,100 filings annually).

The treasury has issued draft regulations pursuant to FIRRMA that will go final by February 2020. These regulations specify CFIUS review for transactions involving real estate within 100 miles of a domestic U.S. military base or port, companies handling large amounts of personal information (defined as more than 1 million individuals) and companies involved in 27 industry classes deemed to be critical infrastructure or technology.

The expansion in coverage is vast and creates a new class of risk for investors.

The Risk of Deals Unwinding

CFIUS-associated deal risks now include a deal being forcibly unwound after closing or blocked between sign and close. A deal might also be met with a forced divestiture or the requirement of a monitoring trustee, annual audit or other mitigation measures. The potential resulting costs to would-be deal parties include legal and other consulting fees, unexpected mitigation costs or penalties, a termination fee or losing all or a portion of their investment.

The government’s determination of a national security risk in the CFIUS process is based on a classified threat assessment coordinated by the Office of the Director of National Intelligence.

Because of its classified nature, CFIUS never shares the exact contents of this assessment with the deal parties, instead communicating in more general terms about identified risks. This often leads to extensive negotiations in some CFIUS filings as the deal parties try to deduce the nature of the government’s concerns.

Mismanaging the navigation of CFIUS risk can taint a deal and an acquisition target, reducing the pool of prospective buyers and decreasing the ultimate value that a seller can extract from the deal due to increased legal, banking and other consulting costs, as well as decreased sale price and costly mitigation measures.

CFIUS has recently — and unpleasantly — surprised a number of deal participants post-closing, with TikTok being one of the most recent examples of interest to CFIUS and MoneyGram being perhaps the most expensive recent example (triggering a $30 million termination fee).

CFIUS presides over critical global crossroads at the intersection of business and national security, therefore, buyers and sellers need to take the recently expanded regulations seriously.

Reportedly, the Department of Treasury also slapped an undisclosed entity with a $1 million penalty for failing to properly follow a post-closing CFIUS mitigation program.

Not Only About China

It is important to note that while China undoubtedly presents a greater hurdle, the presence of a Chinese investor does not portend certain death for a deal’s prospects. Rather, there are a multitude of factors to evaluate and consider when analyzing the national security considerations relevant to the government’s assessment of a particular deal.

Furthermore, China is not the only country on CFIUS’s radar. The new regulations will affect investors from all countries, some of which have been traditionally viewed as benign allies, such as the U.K., Germany or Canada.

Indirect investors and holding corporations will come under increased scrutiny as CFIUS member agencies peel back the onion to identify hidden minority or sovereign investors and ultimate beneficial owners who have tried to hide potentially sanctioned sources of funds by flowing through a more favorable nation.

Expert investigators can help determine who is involved in a deal and from where funds or investors originate. Advisers who understand how the government develops its threat assessments can help deal participants understand the scope of deal risk in a CFIUS filing.

This includes adequately vetting target companies’ technologies and operations against the designated industry classes, as well as potential issues around sensitive personal data and real estate proximity. It also includes assessing the jurisdictional and political issues at play across CFIUS member agencies and potentially providing clarity as to why the U.S. government has or may have a concern about a particular transaction.

Insurance Is an Option

Additionally, deal participants may be able to access insurance capital as a CFIUS risk management tool. CFIUS insurance products can serve as a key deal facilitation mechanism by helping involved parties overcome key hurdles in negotiations. Sellers may be hesitant to engage a prospective foreign buyer or investor without having recourse if their deal falters due to a CFIUS investigation or ultimate ruling.

The typical recourse is a termination or (reverse) break fee and is often a point of significant contention in cross-border M&A transactions.

A CFIUS insurance product could protect a prospective buyer from the loss resulting from having to pay a termination fee or unexpected mitigation costs, such as a mandatory compliance monitor or annual audit. Such policies may have value as a protective measure even in seemingly low-risk transactions — e.g., when buyers from long-standing allies are involved, as there may still be a concern that the target’s seemingly nonthreatening product may in fact brush up against what is deemed to be a critical defense technology.

The implementation of FIRRMA and CFIUS’s newly bolstered role have already sent ripples throughout the global investment community.

With the final FIRRMA regulations expected to take effect no later than February 13, 2020, CFIUS presides over critical global crossroads at the intersection of business and national security. Buyers and sellers need to take the recently expanded regulations seriously.

Matthew Flug is a senior underwriter with Ambridge Partners and resident manager of the firm’s San Francisco office. He focuses on underwriting complex financial and transactional programs and developing innovative risk-transfer solutions in a rapidly evolving market.

Eric Lebson is a former Pentagon and National Security Council official. He is a managing director at TD International, LLC (www.tdinternational.com), where he manages the CFIUS Risk Management practice.

Til Schuermann Partner and Co-Head of Oliver Wyman’s Risk & Public Policy Practice
URL: https://www.brinknews.com/the-u-s-is-greatly-expanding-its-review-of-ma-on-national-security-grounds/
Get ahead in a rapidly changing world. Sign up for our daily newsletter. Subscribe
​​