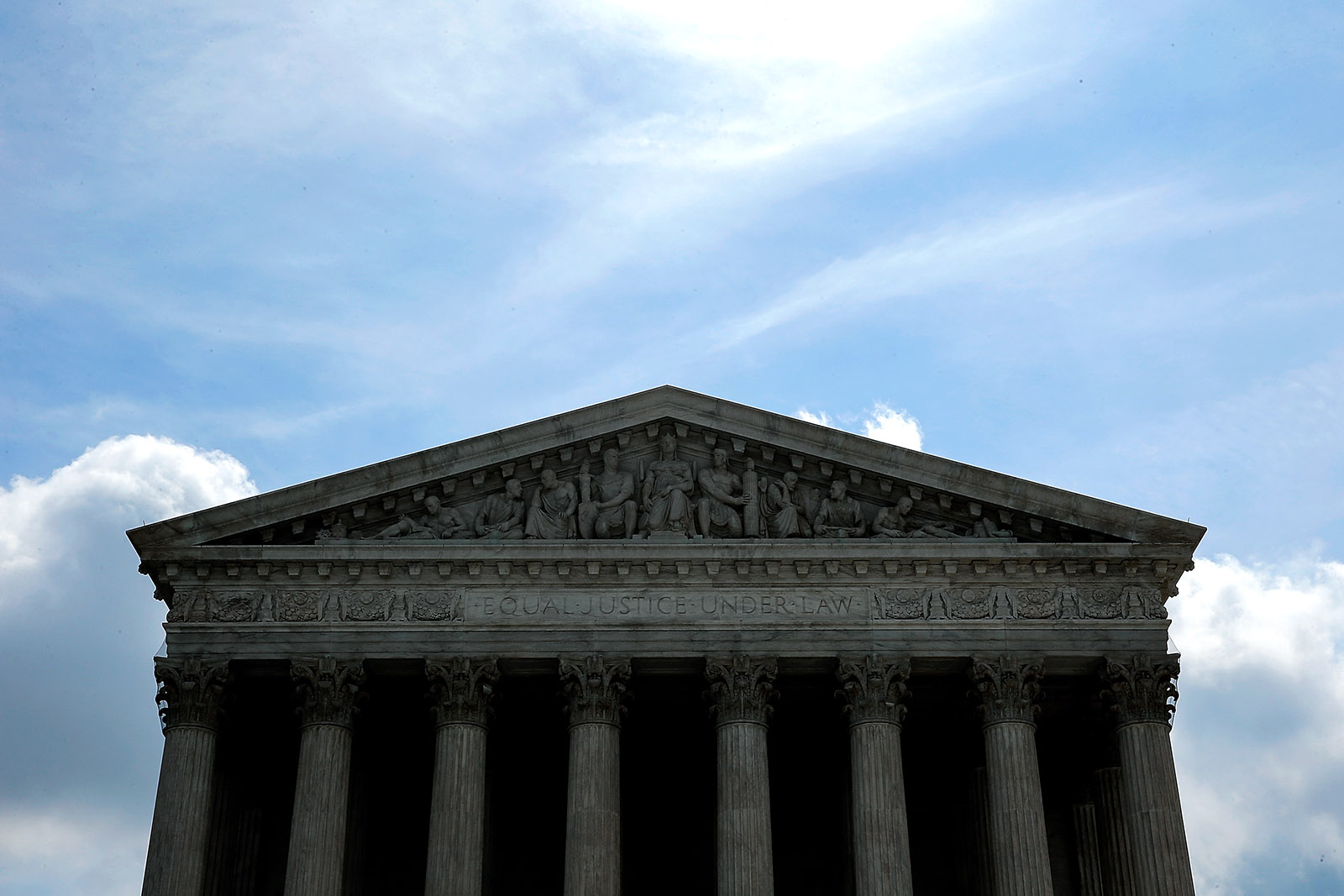 The U.S. Supreme Court is shown after members of the court issued major rulings on copyright law in Washington, D.C. There are 13,000 intellectual property lawsuits filed in federal court each year in the U.S. alone.

Over the past half century, intangible assets have skyrocketed in terms of their saliency and criticality with respect to modern businesses. Often more difficult to value than physical assets, it is easy to miscalculate a business’s reliance on patents, trademarks, copyrights, trade secrets and similar intellectual property (IP) of the like.

From a large technology company’s source code to a small entrepreneur’s medical device patents, unique IP is more often than not what unlocks considerable investment opportunities, growth and business innovation.

In the modern era, particularly in advanced economies such as the United States, IP matters should be a habitual concern for risk managers and general counsel across the board. Just as a business’s security department would aim to prevent office equipment and inventory from being stolen or misused, the same mindset should apply to the business’s (potentially much more valuable) intangible assets. While IP may demonstrate a more abstract and difficult risk to protect, it should nonetheless be top of mind, and there are new tools to manage and transfer intangible risks that are well-suited to protect these modern assets for the prudent modern business.

The Majority of Company Value Is Now Intangible

Recognizing the evolution of IP as an integral part of business is a somewhat newer prospect; many industries have proven to be largely unprepared to protect some of their most vital assets. The World Intellectual Property Organization (WIPO) now claims that IP is the most valuable asset class on the planet. Their data suggests that through the 1980s, tangible assets accounted for around 80% of company value, and now, more than thirty years later, the reverse is the case, with 80% of company value composed of intangibles.

The IP merchant bank Ocean Tomo’s 2015 Intangible Asset Market Value Study said that the S&P 500’s intangible asset base accounts for 84% of the total value of the index, up by an astounding 52% since 1985.

This widespread economic shift has facilitated globalization and the rapid transmission of products and services throughout the world.

We have seen that stronger IP undoubtedly leads to more opportunities for businesses with foresight in terms of accessible financing, scalability, innovation and building as well as maintaining a unique, protectable and valuable brand. The U.S. Chamber of Commerce estimates that IP in the U.S. alone is worth around $6.6 trillion, which is more than the nominal GDP of any other country in the world. Furthermore, IP accounts for 52% of all U.S. merchandise exports, which amounts to nearly $842 billion.

Navigating the Risks of the Intangible Economy

Along with the opportunities for tremendous growth from which developed economies have benefitted for the past half century, the widespread transformation to a less tangible economy carries new problems for modern businesses. Few companies have developed or otherwise obtained sophisticated intellectual capital management capabilities, which would include effective risk management of their intangible assets.

There are 13,000 intellectual property lawsuits filed in federal court each year in the U.S. alone. IP litigation can create inordinate expenses for a business, with U.S. companies spending a total of $3.17 billion in 2018, notwithstanding any eventual settlements or damages owed. With average patent damage awards of $30 million from a settlement and $599 million from a plaintiff verdict, companies can absolutely not afford to be complacent.

Damages at these levels are clearly catastrophic for small businesses and entrepreneurs.

What makes the IP space all that much more litigious is the threat from both practicing entities (competitors or other operating companies), and nonpracticing entities (firms that hold IP assets but do not engage in commerce). Even if a company can prevail in an IP lawsuit, such victories often come at the expense of significant opportunity cost due to the distraction of resources caused by the activity of defending an IP lawsuit — not to mention the potential for an adverse impact on morale. Not surprisingly, some of the most litigious companies operate in particularly R&D-heavy industries, such as telecommunications and life sciences.

Virtually no successful business would consider operating without the protection of property and casualty insurance.

Intangible asset risks are not exclusive to small businesses or the high-tech industry. Just this past year, Belgian shoe company Shoe Branding Europe challenged the validity of the European Union trademark registration for Adidas’ three-stripe logo, after an attempt to obtain a trademark for its own two-stripe design was challenged by Adidas. The General Court of the European Union agreed with Shoe Branding’s assertion, a ruling that resulted in Adidas losing their trademark registration and no longer being able to prevent other companies from using the stripe designs that comprise their classic logo. Such challenges to a business’s IP assets can be highly detrimental to branding and, ultimately, profit.

Virtually no successful business would consider operating without the protection of property and casualty insurance.

Nevertheless, very few companies effectively insure their intangible assets, even though such less-physical assets often represent the most critical components of their success and survival. Traditional corporate insurance packages such as commercial general liability largely provide only a narrow sliver of intangible risk protection that is insufficient to provide adequate protection and thus inadequate for modern businesses.

For years, IP insurance programs were too expensive, offered insufficient limits, had limited data to apply to underwriting and were generally difficult to obtain.

Residual insurance policies backstop the valuation of intangible assets pledged as collateral to secure a loan.

Offensive insurance may cover the costs of IP enforcement and is closely aligned with litigation finance.

Defensive IP insurance, now being the most affordable and readily available of the four, protects a company’s registered IP and products or services from external attack and can backstop a company’s contractual obligations.

A robust defensive IP insurance policy will provide all three of the foregoing coverages, including protection from not only defense costs, but also damages (from settlements or judgments) in the case of an inbound infringement suit or contractual indemnification claim. The market will now even allow a company to tailor coverage by scheduling select registered IP, products and services or contractual indemnification obligations, as requested by the client.

Matthew Flug is a senior underwriter with Ambridge Partners and resident manager of the firm’s San Francisco office. He focuses on underwriting complex financial and transactional programs and developing innovative risk-transfer solutions in a rapidly evolving market.

D. Brian Blank Assistant Professor of Finance at Mississippi State University Rodney Ramcharan Professor of Finance and Business Economics at the University of Southern California
URL: https://www.brinknews.com/are-intangibles-now-the-most-important-asset-class-in-the-global-economy/
Get ahead in a rapidly changing world. Sign up for our daily newsletter. Subscribe
​​