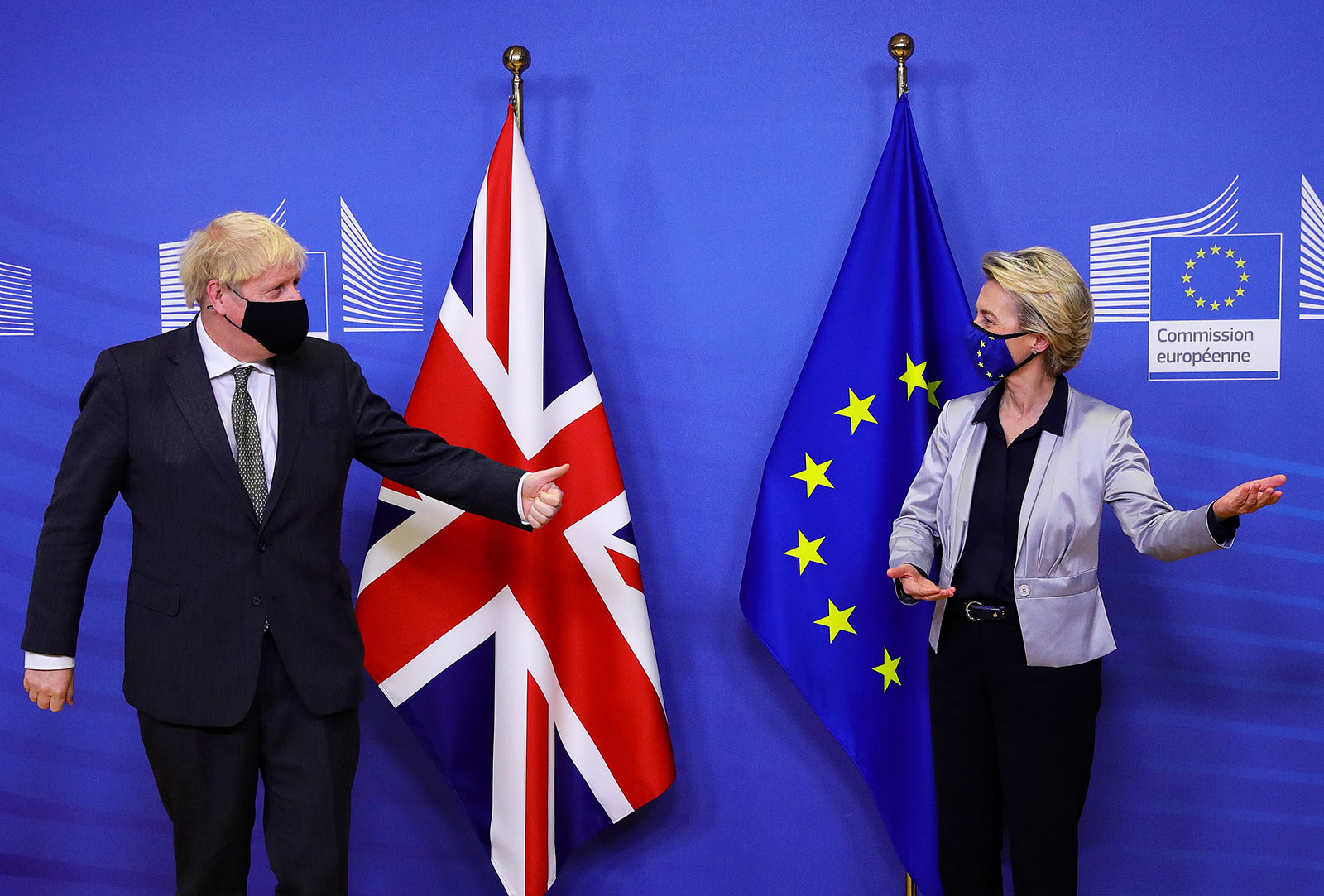 Since 2016, the EU has had two clear priorities when dealing with Brexit, namely: to be able to survive without the U.K. and to protect the single market. To achieve these two, a third priority was necessary: the U.K. had to be stopped from succeeding in its “have your cake and eat it too” strategy.

Having Your Cake and Eating It Too

The U.K. side had to realize it was not going to be possible to remove inconvenient political and bureaucratic obstacles and retain all privileges and advantages it had enjoyed over five decades.

From the very beginning of the negotiations, it became clear to the EU side that achieving this would not be easy.

Among EU negotiators, the U.K. side was seen as delusional at best in its efforts to undermine the cohesion of the bloc whenever possible. It took years to convince various counterparts in Downing Street that trying to make separate deals with EU powerhouses such as Germany or France was not going to work.

The only negotiations that were going to take place would be with the EU commission’s Michel Barnier and his team. And success could only be achieved if the negotiations took all three objectives into account. They could not be disentangled. Any deal with London had to withstand a simple test: Are member states better off inside or outside the bloc? The answer had to be an unequivocal “only inside.”

Even the recovery fund, forged under the economic pressure caused by the COVID pandemic, should be seen as part of the European Brexit strategy, at least in part. The health emergency has the potential to cause greater fragmentation, both politically and economically. It could still strengthen nationalistic, populist forces, especially in the absence of effective common responses to the pandemic.

Seen from that perspective, the U.K. government under Prime Minister Boris Johnson had to be perceived as a potential Trojan horse for all anti-EU forces, both from within the bloc, as well as outside, such as in the U.S. With U.S. President Donald Trump defeated by voters, this danger has receded, at least for the next few years.

However, in Brussels’ view, in the long run, the cohesion of the bloc can only be preserved if the second objective, i.e., the protection of the single market, can be secured. Not surprisingly, Brussels excluded services, including financial services, from the negotiations with London.

What to Do About Financial Services?

The gaping hole left by that omission will potentially have much deeper repercussions than avoiding long truck queues in Dover and in Calais. Trading in goods is important, no doubt, but the future of economic growth in Europe and the U.K. lies elsewhere.

Financial services now hope that the EU and U.K. can build on the trade deal and agree on common supervisory standards. A memorandum of understanding on future cooperation on financial services should be drafted by the end of March, but it won’t be as binding as a treaty. Furthermore, the arrangement, if achieved, will be a moving target, based on the concept of equivalence, forcing both sides to reassess constantly whether their regulatory regimes are still aligned or not.

It should not be too surprising that the EU has already started to seize control of parts of the financial sector’s activities, namely in share trading — a key emblem of London’s financial markets.

Of course, when it comes to banking regulation, international standard-setting bodies, such as the Basel Committee on Banking Supervision, not Brussels, have been at the center of regulatory changes achieved in various jurisdictions over the past decade. The result is, in fact, a large degree of harmonization in banking regulation, notably among the U.S., the U.K. and the EU.

However, for a financial sector as closely integrated in the fabric of the European economy such as London’s, Basel is not a substitute for Brussels. Moreover, given the structural changes taking place because of the accelerated digitization of services and financial services, profound regulatory changes are to be expected in coming years. How equivalent to the EU will London then be? Will there be a race to the bottom?

Against this uncertain backdrop, it should not be too surprising that the EU has already started to seize control of parts of the financial sector’s activities, namely in share trading — a key emblem of London’s financial markets.

The ease with which this happened over the past few days could encourage Europe to pursue yet more business. Before the end of the transition period, the main concern regulators had was about financial stability. It was for that reason that London’s clearing of derivatives had been granted temporary equivalence with EU rules until June 2022. Now even that could soon end up on the chopping block, as the EU will, no doubt, be tempted to reassert greater control over how its economy is funded.

For all of the questions regarding financial services, the trade deal does nothing to eliminate or even mitigate uncertainty. Work on that large file is only starting.

Even more important is what the EU plans to do with the so-called data economy. The commission has recently unveiled ambitious proposals that, if turned into legislation, could result in profound changes to how the tech sector operates within the bloc.

The Greening of the Economy

This is an objective both sides share. Achieving it will also have long-lasting repercussions on how the two economies evolve over the next years. The transition to a green economy will be accompanied by disruptive regulatory changes. How closely will the U.K. and EU coordinate? It is an open question.

It is interesting that the entity that will govern the trade deal will be a “partnership council,” supervised jointly by a U.K. minister and a European commissioner. This council can make decisions that will bind both the U.K. and EU. Its deliberations can be confidential. While the council does not address one of the complaints that led to Brexit, namely that decisions were made behind closed doors, it gives both sides a body in which to contain headline or social media driven eruptions of mutual complaints.

It could also be an embryonic body that could evolve into something more ambitious over time, given the right level of political will and mutual trust.

Let’s not forget that the fourth objective of the EU since the Brexit referendum is to allow for the U.K. to re-enter the bloc eventually. If and when London is willing to reconsider its decision to leave, the EU needs to be ready.