What is Germany’s Succession Plan After Merkel? 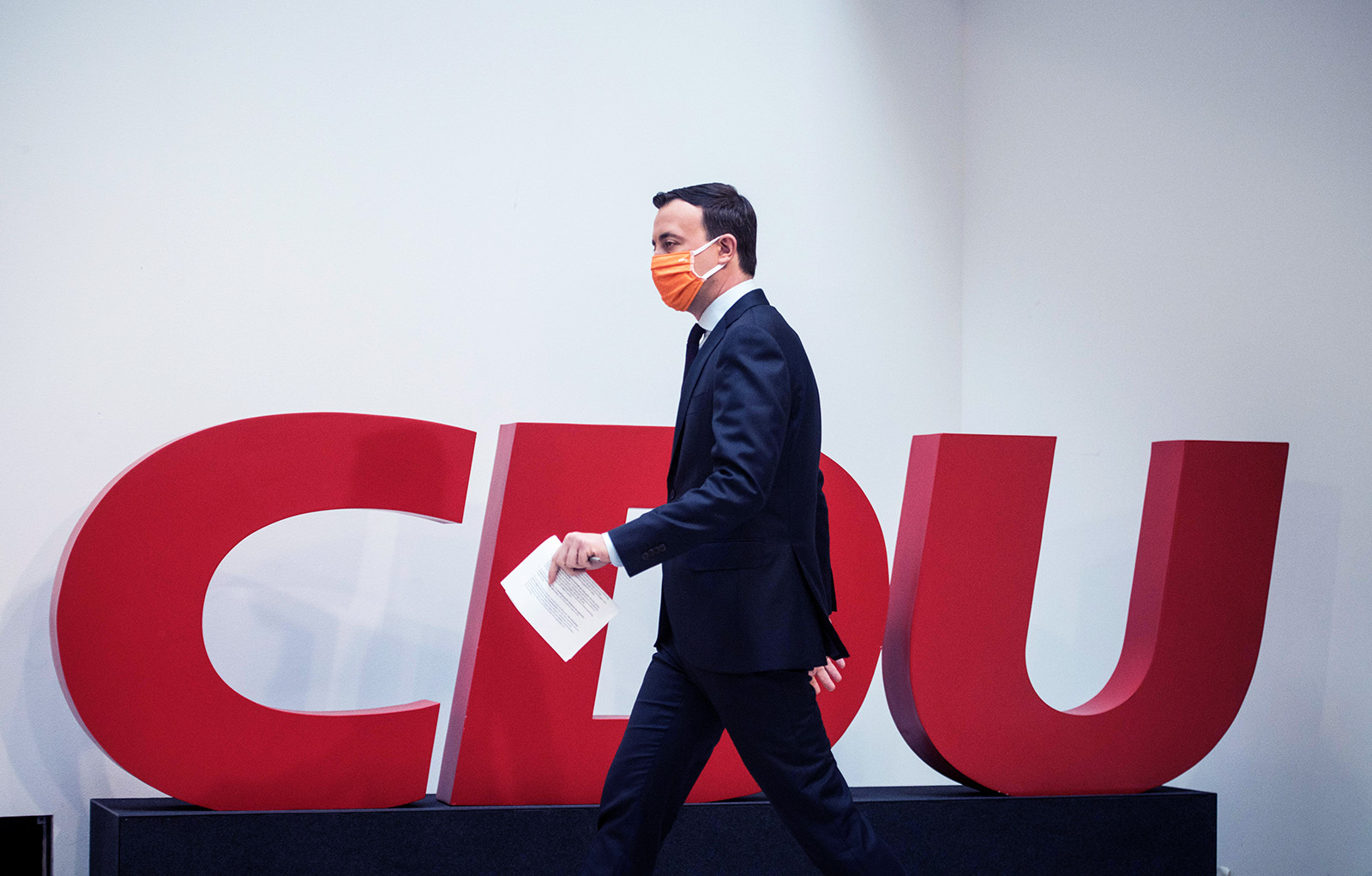 In Germany, the conference to decide the next Christian Democratic party chair was postponed for the second time due to the recent spike in COVID-19 cases. Up until now, the pandemic has boosted the government’s approval ratings, but uncertainty is taking hold.

The latest victim of the second coronavirus wave that is sweeping Europe is the German chancellor’s succession plan. The December party congress of Angela Merkel’s Christian Democratic party was tasked with choosing a new party leader. But the candidate for Chancellorship was delayed in a meeting full of drama on October 26, and now, it is unclear when it is going to be held.

The decision has re-opened old wounds within the party and shaken its self-confidence. Up until now, the COVID-19 emergency had boosted the government’s approval ratings, as well as those of Chancellor Angela Merkel’s Christian Democrats. Suddenly, uncertainty is taking hold. Christian Democrats are slipping in the polls — although they still are still very much ahead of every other party by wide margins. Chancellor Merkel is trying to manage multiple crises and respond to the health emergency, from Europe’s inability to a swift finalization of the recovery fund — the European Parliament is trying to change it and negotiations are currently deadlocked.

Who Are the Successors to Chancellor Merkel?

Chancellor Merkel had relinquished the party leadership in 2018 in order to concentrate on her legacy as chancellor. But she quickly lost control over the succession process, as the new party leader, Annegret Kramp Karrenbauer, engaged in a series of political missteps, and finally announced that she would relinquish her position at a new party congress to be held in December 2020.

Since Karrenbauer is in lame duck, three potential successors emerged. Two of them have very much suffered under Chancellor Merkel’s leadership. Both Friedrich Merz and Norbert Roettgen were sidelined by her in past years, and their potential comeback tastes of revenge.

The third, Armin Laschet, is the governor of North Rhine Westphalia, the most populous German state. The choice is not trivial since it could have an impact on the composition of a future governing coalition and its European policies.

Friedrich Merz is the most conservative of the three and represents those within the party who accuse Chancellor Merkel of having pushed the Christian Democratic Union of Germany (CDU) too much towards the left of the political spectrum. He is known for a botched attempt at reforming the tax system.

A staunch defender of supply economics, Merz comes across as somewhat distant — respected but not loved. His supporters claim that he would reabsorb voters that have left the CDU for the right wing “Alternative fuer Deutschland”, and by doing so, finally marginalize extremists. His detractors claim that under his leadership it would be harder to engage with potential new coalition partners, such as the Greens.

His approach to Europe is a question mark as well. In the past, he was known for the tough love, austerity-driven approach embodied by Former Finance Minister Wolfgang Schaeuble. He is publicly more nuanced now and in favor of the financial emergency measures taken at European level. He is a staunch transatlanticist. However, he considers the recent decision to postpone the party congress as a maneuver by the establishment against him. Raging against the senior level of the party could very well prove to be counterproductive.

Armin Laschet is considered to be Chancellor Merkel’s favorite candidate because he embodies the establishment of the party. He has the recent governing experience that the other two lack, but COVID-19 has not been kind to him. The first wave of the pandemic hit his state particularly hard and his crisis management came under some criticism.

While under normal circumstances a Chancellor in Angela Merkel’s last year of office would slowly turn into a lame duck, there is still no sign that this will be the case with her.

He seems to be open to various governing alliances, which makes him a safe, albeit slightly pale choice. He has little foreign policy experience, but has undertaken a few European trips recently, notably to France, to polish his credentials. He would be expected to follow in Chancellor Merkel footsteps, at least initially.

Norbert Roettgen is the least hopeful among the three candidates, but has thrown his hat in the ring. He was the Federal Minister for Environment, Nature Conservation and Nuclear Safety under a previous Merkel government, but has been out of office since 2012.

Since then, he has focused primarily on foreign policy and is still a pivotal figure in the Bundestag’s foreign relations committee. While being an outspoken critic of the current United States administration, Roettgen is a true supporter of transatlantic ties. He also favors a more ambitious approach towards European integration and has often criticized Chancellor Merkel’s careful step by step approach during the so-called euro crisis. However, his support within the party doesn’t seem to be strong enough, and his chances would only grow if his two contenders were to slip up.

Both Laschet, as well as Roettgen, seem to be open to various coalition options with other political forces.

There are a few dark horses in this race who should not be forgotten. The most obvious one is the governor of Bavaria, Markus Soeder. The head of the CDU’s Bavarian sister party CSU is riding high in the polls, largely thanks to how he is dealing with the coronavirus emergency. Being the leader of the sister party means that he is not eligible to become leader of the Christian Democrats.

However, in the history of the republic, CSU leaders became common CDU/CSU candidates for the Chancellery twice. The problem is, both times the Bavarian strongmen proved to be a liability for the Christian Democrats at the national level. That explains why Soeder, while clearly flirting with the idea, won’t state his true intentions unless the CDU’s own candidates implode.

That could very well be the calculation that the CDU’s true darling, the young minister for health Jens Spahn, is also making. Spahn is currently in quarantine because he contracted COVID-19. But the way he handled the pandemic so far has been widely praised.

He appeals to the conservatives — he comes from yearlong experience in the finance ministry as the number two of Wolfgang Schaeuble — as well as progressives, since he is openly gay. Officially Spahn is supporting Laschet, but who knows what would happen if the selection process dragged on for too long.

One final note, on Chancellor Angela Merkel: While under normal circumstances a Chancellor in her last year of office would slowly turn into a lame duck, there is still no sign that this will be the case with her. On the contrary, both domestically as well as internationally, she is making her full presence felt.

Domestically, she has convinced reluctant governors to follow her approach in the COVID-19 crisis. In Europe, she is leading efforts to find common responses to the economic challenges caused by the pandemic. At least for now, given the current, exceptional circumstances, the next general election in the fall of 2021 still feels very far away indeed.

Til Schuermann Partner and Co-Head of Oliver Wyman’s Risk & Public Policy Practice
URL: https://www.brinknews.com/what-is-germanys-succession-plan-after-merkel/
Get ahead in a rapidly changing world. Sign up for our daily newsletter. Subscribe
​​