What Is the Fallout of the EU Elections on the European Economy? 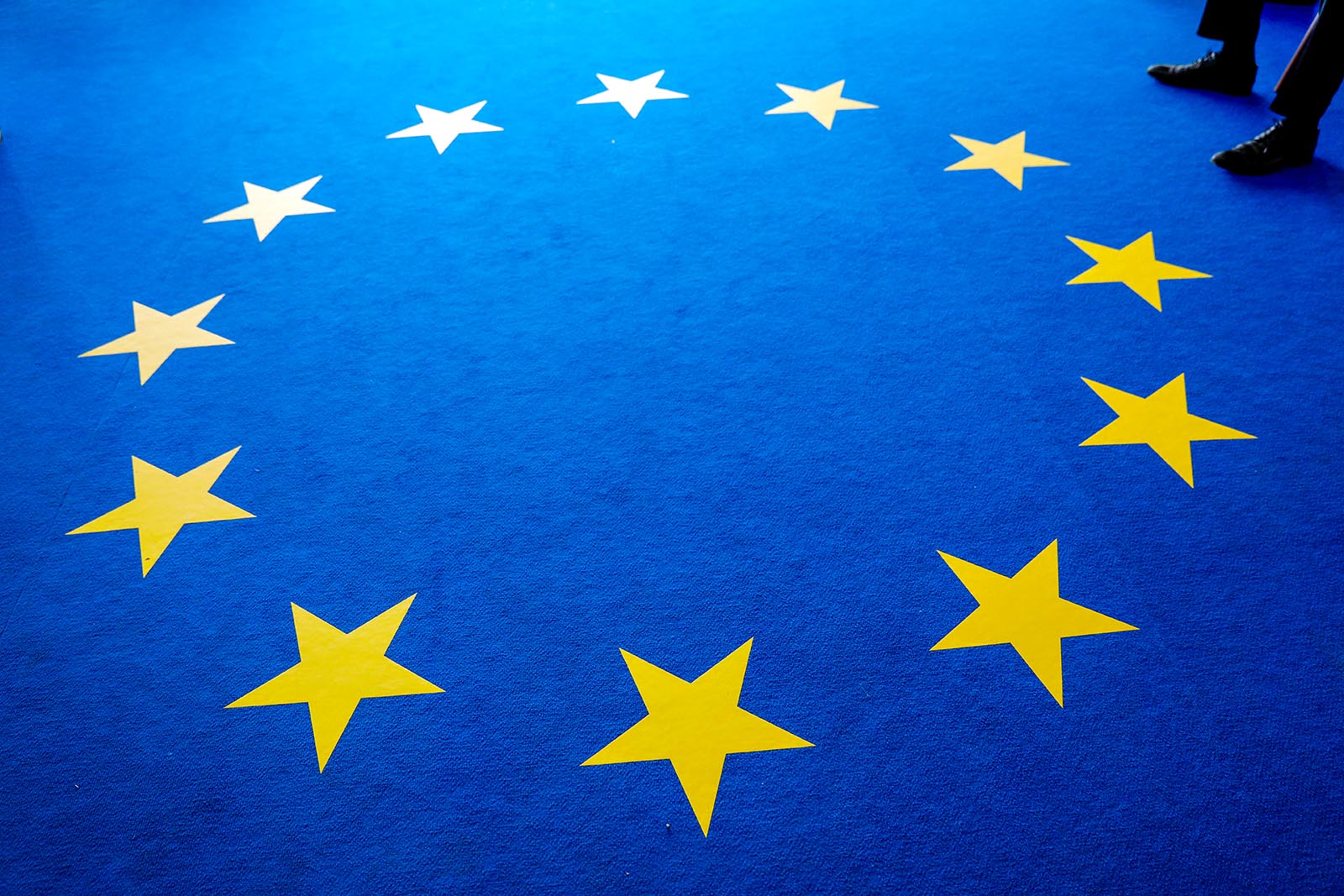 A man sits on a carpet in the design of the European flag in Berlin, Germany. In recent years, the European Union did not find the political will to spread public and private risks more evenly across its members.

The European election delivered what was expected. A more fragmented Parliament, certainly, but with a solid pro-European core still capable of repelling repeated assaults coming from the extremes. Populism is still a threat, but its appeal is much diminished in those countries in which the economy is recovering.

Even in the so-called periphery, centrifugal forces did not fare well, at least not where growth had staged a comeback, such as in Spain, Ireland or Portugal. All of this comes with many caveats, but not necessarily because of headline-grabbing populist victories, such as in France, Italy or, indeed, the UK.

The Threat from Abroad

The real danger to Europe comes from abroad rather than from within.

If current global trade tensions translate into a full-blown trade war, the European economy will likely slip into recession. This risk resonates with European workers and employers: 73 percent of German small- and medium-sized companies, for example, say they fear the economy will get worse in the next two years, according to a recent study by Commerzbank and the polling institute Forsa. Even more tellingly, most think that dealing with China has become more predictable than doing business in the U.S.—or, because of Brexit, with the UK.

This scenario is keeping European central bankers in Frankfurt on their toes, as it should. They are not sure that Europe can absorb such a shock. Since the end of the financial crisis and the so-called sovereign debt crisis, growth in the EU depends on trade. That makes the continent particularly vulnerable to external shocks.

Automation is also driving many manufacturing companies back home. Retrenchment seems to be becoming a trend that is now finally moving beyond politics into the real economy.

The challenges posed by fragmentation and ring-fencing are not new, per se. In the financial sector, they are a byproduct of the financial crisis. However, de-globalization would hit smaller jurisdictions harder than big ones.

A Mandate To Act?

European policymakers have been grappling with the need to integrate further, not least in order to increase the ability to absorb outside shocks. The elections results could be seen as an encouragement to act.

In recent years, the European Union did not find the political will to share more public and private risks and spread them more evenly across its members. Lack of mutual trust and the toxic legacy of the crisis paralyzed member countries. The paradox is that now, to better prepare for the dangers of de-globalization, European countries need to move closer together—and faster.

Will they? Not if preserving the status quo remains the priority.

Much still needs to be done on the European project. Leaving the biggest hurdles aside, such as creating a common fiscal toolbox in order to increase resilience and foster more convergence, a look at other flagship projects—such as the banking union and the capital markets union—is not very encouraging.

The Threat to European Banking

Despite common supervision and resolution tools, banks in Europe are still not operating in a truly integrated single jurisdiction. Capital and liquidity are often trapped, impeding their efficient allocation.

The nexus between banks and sovereigns—the infamous doom loop—is still too strong. Member states’ insistence on their own specific red lines in negotiations have caused a bad equilibrium, and the result is banks with weak profitability, conscious that they need to consolidate, but unable to do so, because they are still not operating in a single jurisdiction.

Given the fact that the European economy still depends on banks for their funding needs, this is a worrying situation. However, this is where the political fragmentation that has emerged from the elections could actually help: Challenging the status quo should be easier. For clues, we should look at the next EU summit in the second half of June.

Much will depend on how successfully France pushes its agenda. President Emmanuel Macron needs victories, at home and abroad. Will Sunday’s election result hamper his attempts at pushing his European vision?

On the contrary, in the European Parliament, President Macron’s voice should be louder now that he has his own people on the ground. At the intergovernmental level, having wasted precious time in exclusively courting Germany’s Chancellor Angela Merkel, President Macron is now reaching out to other member countries in order to push his agenda.

Italy Is a Different Picture

Italy is the only founding member of the EU in which far-right euroskeptic populism is still growing stronger. Italians are fed up with the economy and immigration. But in Europe, Deputy Prime Minister Matteo Salvini is largely isolated, his grip on power in European institutions still nonexistent.

To be sure, in the coming months, he will clash with Brussels on many things, including his loose fiscal plans for his country, which could worsen the budget deficit situation and push overall public debt to new heights. But should he choose to play hardball, he will receive little help from fellow populists and retreat to Rome with a bloody nose.

In Berlin, the Christian Democrats’ grip on domestic and European power has been further eroded. If ever there was a time to move Chancellor Merkel out of her comfort zone, this could be the moment. She is neither too weak, and indeed far from finished, nor too strong. The political force that emerged as the only sizeable, real opposition to Chancellor Merkel’s grand coalition with the badly battered social democrats is not the nationalists—it’s the pro-European greens.

The outcome of that fight—and it will be a fight—will tell us a few things about Europe’s economic priorities in the next few years. But don’t hold your breath. There won’t be any giant leaps, but rather a few concrete steps in the right direction. We are talking about Europe, after all.

Alain Frachon Senior columnist for Le Monde
URL: https://www.brinknews.com/what-is-the-fallout-of-the-eu-elections-on-the-european-economy/
Get ahead in a rapidly changing world. Sign up for our daily newsletter. Subscribe
​​