What’s Really Behind the Fall in China’s GDP? 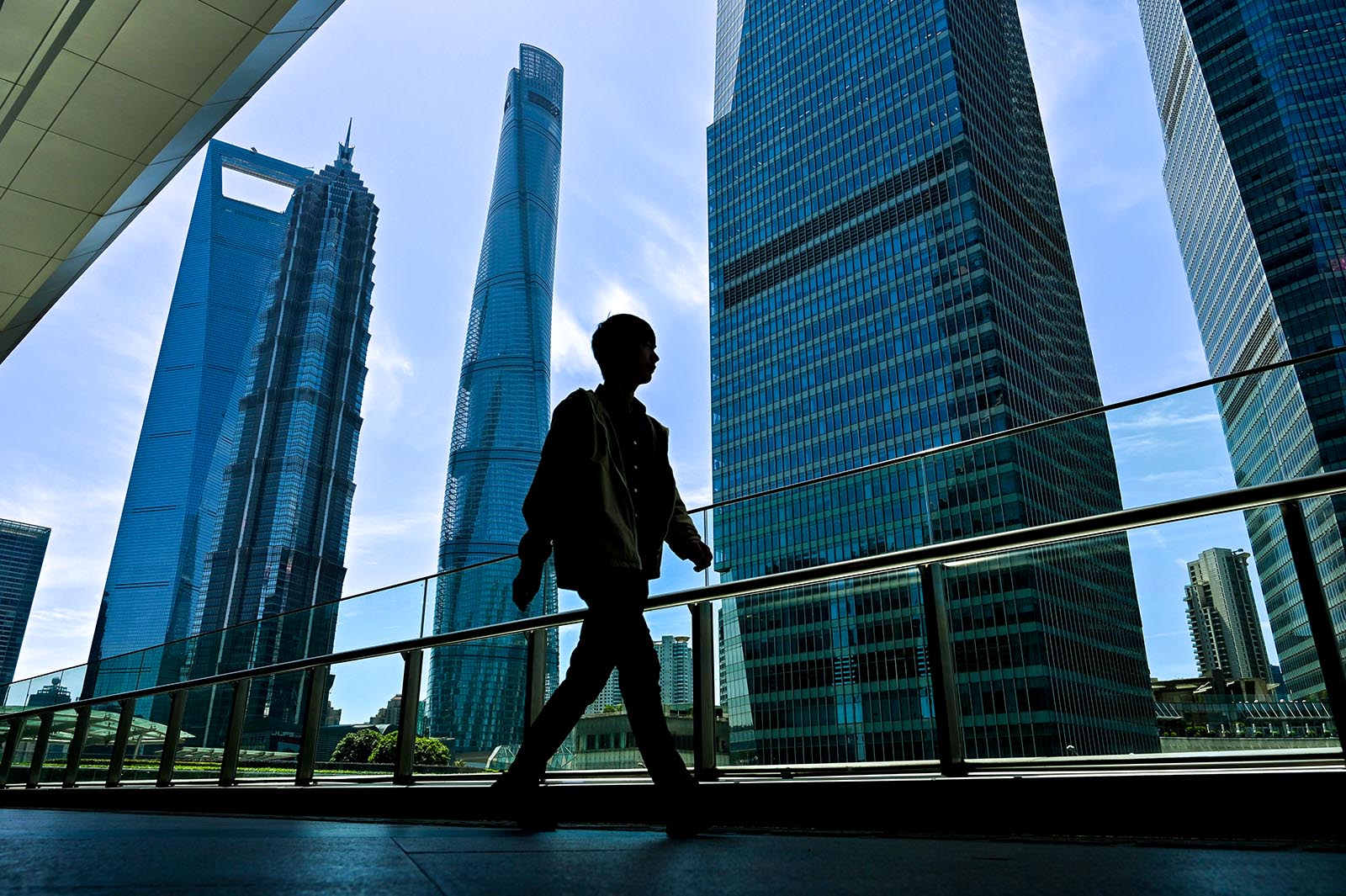 A person walks down the street of the financial district of Lujiazui in Shanghai. China’s GDP growth in the second quarter of 2019 slowed to 6.2%, the smallest gain since 1992.

China’s GDP growth in the second quarter of 2019 slowed to 6.2%, the smallest gain since 1992. How much of this is due to the current U.S.-China trade conflict, and how much of it is being caused by longer-term issues in China itself?

Tom Carver, BRINK’s editor, spoke with Professor Richard Dasher, director of the U.S.-Asia Technology Management Center, at Stanford University. He asked him what he thinks is behind the slowdown.

Richard Dasher: There are a number of structural things. First of all, China is becoming a wealthier economy. And as this transition happens, it’s natural for the rate of GDP growth to slow.

U.S. GDP growth is around 3%. And for most really large economies, you have growth in that neighborhood. China had been growing around 10% for a long time, but it has steadily declined since 2010 to its current 6.2%. It’s harder to increase an entire economy by another 10% when the economy is already 10 times as big as it was 10 years ago.

Second, because of the one child policy in China, the number of people past their income-earning age is increasing as a percentage of the population. Not as quickly as in Japan, but it’s enough to be noticeable.

The third point is the amount of debt that has accumulated in China. Local government debt, consumer debt, is a major concern. A lot of the debt came from central government approval of infrastructure investments that were funded through loans to local governments and developers. But, in recent years, consumer debt has also risen drastically. And, as people have more debt, they have to pay more money to service the debt, and so less goes into production.

Tom Carver: So it doesn’t have much to do with the trade war with the U.S. in your opinion?

The U.S. market does not account for that large of a percentage of Chinese export output. And if Americans put tariffs onto products coming from China, China can export them somewhere else. You’ve got increasing Chinese influence all across Southeast Asia and a lot of Chinese influence in Africa. And as those economies grow their own middle classes and start to demand more, China is ready to supply it.

China is a very exciting and active country and still very entrepreneurial.

Mr. Carver: You have written about the growing income disparity in China between the coasts and the interior. How much of a problem is that for China?

Mr. Dasher: It’s going to be an increasing problem, and it’s one that China has not tried to come up with a real solution for. They’ve put in what I would call a bunch of work-arounds, so that everyone felt that they were better off than before. And a major feature of this wealth disparity is regional. Some cities have done incredibly well, because they’ve been able to attract migrants into the cities. Shenzhen, down in the south, is a very good example of a city that has really acquired quite a great labor force and become even more international, because it’s been welcoming of people moving in.

The GDP per person, or the income per person, in the coastal cities is probably between $25,000 and $30,000. That yields labor costs that are not so different than in other Asian countries, and, in some cases, it’s considerably more expensive than some Asian countries, like Vietnam. That gives China more difficulty competing. On the one hand, they cannot just hold on to companies and business lines that naturally flow to regions with lower-cost labor.

On the other hand, China has done a lot to build up the interior, but the interior is still way behind in regard to the level of development and the income levels that you find among the people there. Anytime you have such a wide disparity in incomes, it could lead to social unrest. It could also lead to the Chinese economy not really acting like one economy, but acting like four or five different ones.

Mr. Carver: Your specialist area is innovation. In your trips to China, do you get a feeling that China is losing its innovative edge to other parts of Asia?

Mr. Dasher: The nature of innovation has to change in China. Because it was going through such rapid development, China really did not require its innovators to come up with new advanced technology solutions to problems. It was more important to have a good business idea and get it to market before somebody else could, so that you could build out your user base quicker. That is gradually changing.

China now has its very large companies, like Tencent and Baidu, with their own R&D programs. Big company R&D tends to focus on incremental improvements to existing business, which naturally pushes startup companies and entrepreneurs to take on challenges that are further away from the market — ideas that the big companies aren’t willing to risk their R&D people on.

China is a very exciting and active country and still very entrepreneurial. But I do think that it will be more difficult for startup companies to have the kind of success in the future that they have had in the past, because it’s a more crowded economy now. In the future, startups there will have to challenge themselves to take on even higher risks in regard to technology failure and market failure.

Also, China has not yet had to learn the lessons that Silicon Valley has. One of those lessons would be how to continue doing first-rate innovation in an economic downturn. China has not had one on the scale that we had in 2000, or in 2008. And the innovation system in Silicon Valley in both cases really showed itself to be very resilient. And I don’t think we’ve seen that in China. They may do a fine job with it, but they just haven’t had to deal with it yet.