What’s the Business Case for Climate-Focused Urban Development in Africa? 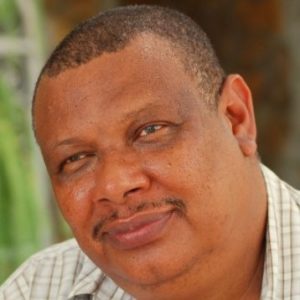 Chris Gordon
Professor at the University of Ghana 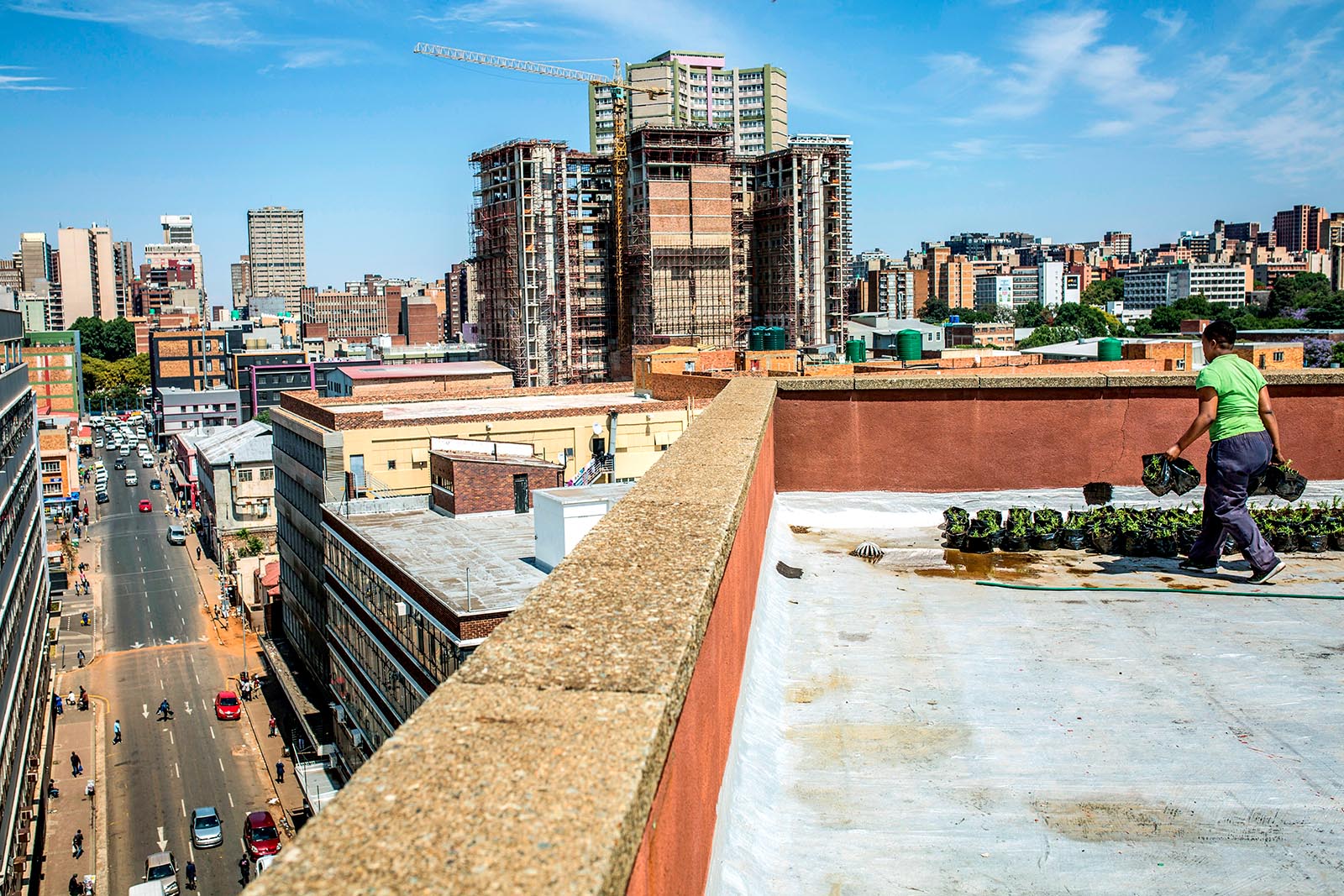 A worker on a rooftop farm moves thyme plants outdoors in Johannesburg, South Africa. Africa needs smart cities where data can reshape the inefficient ways that food is managed.

A long-standing mystery of modern times is why the great Mayan cities in Central America disappeared after having survived for over a millennium. At the time of their collapse, there was massive deforestation to clear land for maize and firewood for the Mayans’ expanding population. There was also thought to have been a major drought that caused their reservoirs to run dry and crops to fail.

Water was a critical factor in the demise of the Mayan cities. In Africa, a major challenge today is how to grow an adequate supply of food to feed city dwellers at a time of water insecurity.

In 2013, Cape Town had one of its highest annual rainfalls ever. After another wet winter in 2014, the six main reservoirs that serve the city were almost full, and they declared no need to increase supply before the 2020s. Then the drought began: Reservoir levels fell to 71 percent in 2015, to 60 percent in 2016 and reached 38 percent in 2017. By 2018, South African Airways flights to Cape Town had announcements appealing to visitors to conserve water. It was even suggested that icebergs be towed to the city to supply freshwater.

In Bulawayo, one of Zimbabwe’s large cities, months of severe water shortages resulted in 72 hours of water rationing a week. The lack of liquid in the city sewerage system caused waste to accumulate in the pipes. The solution? The “Big Flush”—at 7:30 p.m. local time, the water supply was opened, and residents were asked to synchronize their toilet flushing to clear out the sewer lines.

The city can offer a solution to the question of how to manage rapidly growing populations in the face of climate change, but only if certain measures are put in place. The Mayans suffered from longer and longer food supply chains as the lands around the cities became nutrient poor—another problem shared by modern-day Africa.

As a result, a number of African entrepreneurs are venturing into urban and peri-urban farming. We are talking about hydroponics in containers in Lagos and vertical farms using aeroponics in abandoned factories—space created by the shift from manufacturing to service-based economies. Food produced by these methods use less water, waste fewer nutrients and use no pesticides.

What we need in Africa are smart cities where the information flow transcends the current inefficient ways that food is managed.

The Need for Smart Cities

These agricultural techniques need a different sort of farmer, a different way of marketing, and use of information technology to make the system work.

What we need in Africa are smart cities where the information flow transcends the current inefficient ways that food is marketed and managed that create huge amounts of food waste.

A smart city is a connected city that can reduce transportation and waste generation, while improving efficiency of business operations. However, to have a smart city, the cost of bandwidth needs to be reasonable. The UN Broadband Commission defines the affordable cost of a gigabyte of data as not more than 2 percent of average monthly income. On average, a gigabyte of data in Africa costs almost 9 percent of a monthly income, compared to around 1.5 percent for Asia.

The Need for Affordable and Effective Bandwidth

Apart from the cost of bandwidth, Internet speeds across Africa are still far below the global minimum standard. The opportunity here is for businesses to find new ways to package data so that we can still convey the required information, but at a lower cost.

One of the key themes of the UN Science-Policy-Business Forum on the Environment, held this month in Nairobi, was “Changing Discourse: Smarter, Greener Solutions for Cities.” We can maximize the efficient use of natural resources and encourage environmentally sound choices by all players across all sectors by changing the physical design and infrastructure of cities and by encouraging positive resourcing decisions, behavioral change and policy action.

While it can be argued that it is the role of government—local or national—to provide safe infrastructure, businesses play an important part; for example by providing personalized accurate flood risk maps as part of the house survey in conveyancing, as well as early warning systems when floods are expected. There is also a huge opportunity for insurance companies when it comes to setting premiums for loss and damage with up-to-date available data.

The changing climate will be a wake-up call to our decision-makers. It opens a vast array of business opportunities to visionary and innovative entrepreneurs, and with the correct framing, climate change will take Africa on new development pathways that will avoid some of the complacency of the West and excesses of the East.

Professor at the University of Ghana

Professor Chris Gordon is chair of Tersus-Ghana, a think tank on environmental sanitation, chair of the technical committee on environment for the Ghana Standards Authority, and a member of the World Adaption Research Programme of UN Environment.