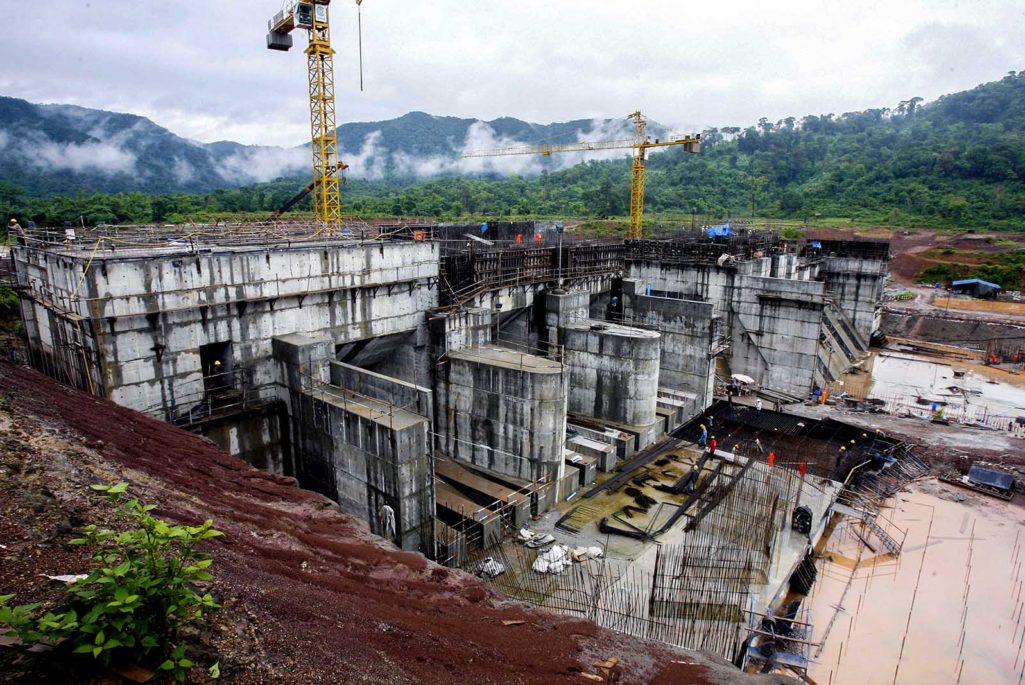 The Nam Ngum 3 Hydro Power Plant in Laos. The Asian Development Bank was involved in one of the largest multilateral development bank-sponsored deals to construct the Plant.

What do a highway in rural Philippines, a power plant in Laos and a natural resources refinery in Indonesia have in common? They are all funded by multilateral development banks (MDBs).

MDBs such as Asian Development Bank (ADB), World Bank and the recently established Asian Infrastructure Investment Bank (AIIB) play an important role in Asia’s infrastructure by filling a funding gap that was opened due to traditional lenders shunning investments in emerging economies as they are likely to face an uncertain political environment and a lack of transparency with regard to regulations.

According to Preqin’s Infrastructure Online (IO) (subscription-based), the pace of infrastructure investments in Asia has accelerated in the past few years, from just over $28 billion in transaction value in 2012 to $139 billion in 2016 (Exhibit 1). The average transaction size has also surged; it is now $306 million, a 151 percent increase compared to $122 million in 2012. MDBs have the financial firepower to help emerging Asian nations modernize roads, rail networks and ports, as well as improve access to electricity and clean water.

ADB was involved in one of the largest MDB-sponsored deals—a $465 million loan facility to construct the Nam Ngum 3 Hydro Power Plant in Laos. Not only will the 440 MW hydro-generated power plant reduce energy shortage in Laos, it will also export excess power to Thailand. In 2016, the Manila-based institution’s lending and grants provided to the region hit an all-time high of more than $30 billion. ADB has also recently pledged to increase its financial support to Asia over the next few years.

MDBs will work together with other institutions to maximize their financial assistance for infrastructure development. Data from Preqin’s IO shows that Indonesia is the greatest beneficiary of MDB infrastructure financing in Asia with participation from various institutions making up one-fifth of such loans in the region (Exhibit 2). For example, in June 2016, AIIB and the World Bank each contributed $216 million to the National Slum Upgrading Project in Indonesia, which aims to improve urban infrastructure and services in several shanty towns. In terms of project stage, greenfield assets constitute 79 percent of MDBs’ financing projects, followed by brownfield (17 percent) and secondary (4 percent). 2016 witnessed a record high in terms of lending by MDBs in Asia; 18 MDB-backed infrastructure deals were completed worth an aggregate $3.8 billion, a portion of which was contributed by AIIB, the new kid on the block. Officially established in 2016, AIIB has a smaller capital base than either the World Bank or ADB, but has already approved loan facilities for several major development projects. More recently, AIIB revealed that it was in discussion with World Bank to co-finance more infrastructure projects in 2017 and 2018, underscoring the institution’s commitment to the region. With a quick start, AIIB has already become an important player in the MDB financing landscape, and its importance will only increase going forward.

Besides the provision of capital, MDBs also promote private sector participation by acting as anchor investors in unlisted infrastructure funds. ADB previously committed to Berkeley Energy’s Renewable Energy Asia Fund, which targets a range of renewable projects in developing markets, including India, the Philippines and Vietnam, while World Bank invested in IDFC Alternatives’ India Infrastructure Fund. The vehicle seeks opportunities in India’s energy, transportation, telecommunications and social sectors. With the dry powder—or uninvested capital—of Asia-focused unlisted infrastructure funds at an all-time high of $25 billion as of September 2016, MDBs are in a position to play a significant role in narrowing the disparity between the supply and demand of assets.

PPPs are an important method in securing private financing; 90 percent of infrastructure investors with a preference for Asia participate in such partnerships. However, emerging Asian economies generally have limited experience and expertise in structuring a PPP framework. MDBs can add value by working with governments on regulatory reforms, establishing PPPs and managing risks. By providing guidance on standards and best practices, MDBs build a solid foundation that can attract additional financing into a country. They can also provide governments with hands-on support during the preparation, construction, and ultimate implementation of infrastructure projects.

MDBs also seek to develop quality infrastructure assets. Japan has recently agreed to provide $40 million over a two-year period to ADB, which aims to bring high-level technologies to the design and implementation of projects, as well as promote quality infrastructure in Asia. This benefits both parties; private investors can earn long-term returns and achieve diversification in their portfolios, while developing nations in Asia can get much needed infrastructure investment and technical know-how.

Cooperation between MDBs, the private sector and governments is key to infrastructure development in Asia, because it can encourage economic growth, improve local livelihoods, and enhance regional connectivity.

Infrastructure investments in developing countries may hold less appeal to some investors as they typically involve greater risks, but the presence of MDBs has helped instill investor confidence in emerging Asian economies and their infrastructure development. MDBs are increasingly partnering with other institutions, including export banks and sovereign wealth funds, via co-financing arrangements, syndication or project bonds. Asia faces several challenges in its pursuit of infrastructure progress, but MDBs are doing their bit in helping address the region’s infrastructure funding gap with capital and by providing their technical expertise.

Ryan Soon is a senior research analyst at Preqin, based in Singapore. Ryan is responsible for researching and analyzing data on the infrastructure, natural resources and real estate sectors, as well as maintaining data on unlisted funds’ performance.

Bart Édes Distinguished Fellow at Asia Pacific Foundation of Canada
URL: https://www.brinknews.com/why-asian-infrastructure-needs-multilateral-development-banks/
Get ahead in a rapidly changing world. Sign up for our daily newsletter. Subscribe
​​