Why Do Cities Want Their Own Cryptocurrencies? 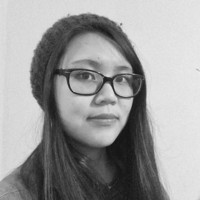 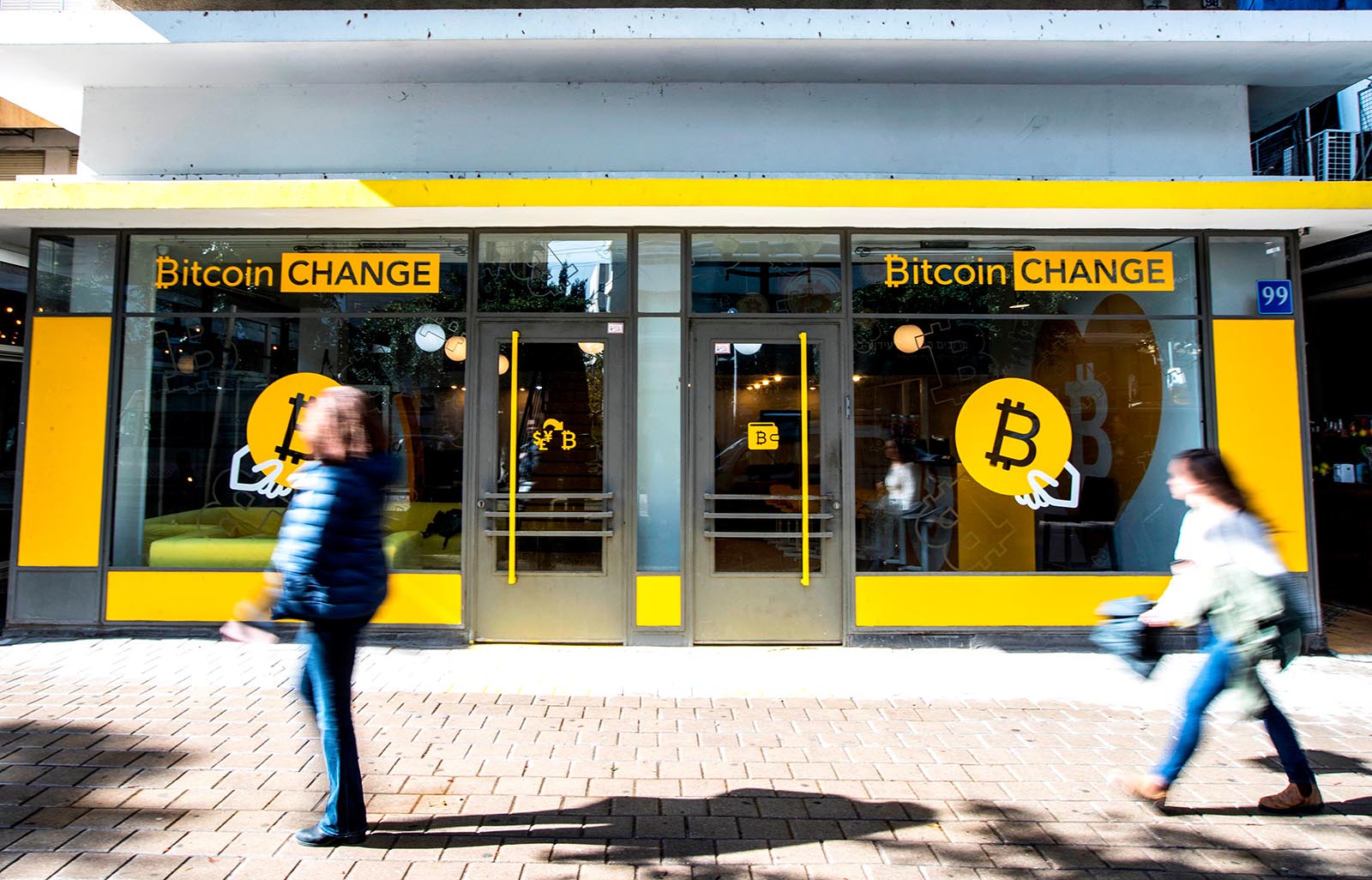 Pedestrians walk past a cryptocurrency shop in the Israeli city of Tel Aviv. The list of cities experimenting with cryptocurrencies is diverse, as are their goals.

This is the final piece in a weeklong BRINK series on the Future of Cities. Previous entries can be read here, here, here, and here.

Coming soon to Slovenia: a brand new city that runs completely on cryptocurrency.

If all goes according to plan, BTC City will rise from the ashes of a former commercial shopping district in the country’s capital of Ljubljana, offering wallet-less shoppers and wide-eyed tech enthusiasts a chance to engage in a more modern brand of conspicuous consumption. Every store in the 1.5 million-square-foot plot will stop accepting cash and start accepting crypto.

It’s a big deal for the small, former Yugoslav country. But it’s small potatoes compared to some other municipal efforts to wade into the world of digital financial systems. BTC City’s aim is to get people to use the dozens of digital currencies that already exist. Elsewhere, cities are vying to create new ones from scratch.

The list of cities experimenting with cryptocurrencies is diverse, and so are their goals. Dubai launched emCash in 2017 to flex its high-tech prowess as a “smart city.” Berkeley, California, is exploring a city-branded cryptocurrency effort to fund municipal bonds, making up for inadequate outside investment. Cities in Venezuela are bartering with Petros in a desperate—and questionable—attempt to raise funds amid the country’s economic crisis. And Seoul’s mayor has floated the idea of creating S-coins to fund social welfare programs for the sake of efficiency and advancing technology.

What’s less clear, though, is how exactly a city-specific cryptocurrency would work—and what cryptocurrencies can do for a city that cash can’t.

The first thing to understand is that there’s a major distinction between government-backed cryptocurrency and the more well-known financial instruments such as Bitcoin or Ripple. Those virtual currencies are essentially “built by air, and backed by air,” said Sheila Warren, project head of blockchain and distributed ledger technologies at the World Economic Forum. In other words, their value is determined by the complicated coding it takes to mine them, in the case of Bitcoin, and how much people are willing to pay for them.

When a city launches its own cryptocurrency, however, the digital tokens are likely backed by some sort of city asset. Most local cryptocurrencies aren’t trying to disrupt money. They’re just opening up more (and more efficient) avenues for citizens to invest in their cities and buy goods. In turn, they aim to create more ways for cities to fund projects they previously couldn’t afford.

It’s still in its proposal and development stages, but if implemented, it would be “like a nonprofit, special-purpose vehicle, meant to fund social good,” Berkeley Vice Mayor Ben Bartlett told CityLab in February. Instead of selling bonds to underwriters, who resell them to brokers and institutions at mounting prices, the government would sell bonds directly to citizens, who would essentially crowdfund each one. It’s a cheaper and easier system than traditional municipal bonds and less volatile than traditional cryptocurrencies: The tokens would be digitized and blockchain-based, but they’d act as a security, not as a speculation tool.

“This proposal is an important step in taking power from Wall Street and giving it back to the people,” Mr. Bartlett said in a press release in April.

In developing a cryptocurrency that acts as an investment vehicle, cities are creating the potential for another bubble.

A Cheaper Way In

It’s that spirit of accessibility that many crypto-advocates highlight. “If you tokenize these bonds, then it’s possible for the average person to make a small investment,” said Campbell Harvey, a finance professor who teaches cryptocurrency at Duke University. An actual bond may be issued at thousands, even millions, of dollars, which is out of reach for most of the community—and the process of buying one is cumbersome.

By switching to a tokenized system, a college student who cares about poverty in the city can buy $20 worth, knowing the contribution is going toward, say, an affordable housing project. He can then use the tokens on other city goods, such as transit rides or groceries, or he can hold on to them as an investment.

“So he’s able to enter the game with the amount of disposable cash he’s got,” Mr. Harvey said. “It essentially brings people that wouldn’t usually be investors into the market.”

Ms. Warren sees this as just the next logical step in the future of city financing. “At some point in history we had to invent municipal bonds, and now we’re just taking it to the next level,” she said. What cities like Berkeley are doing is taking a well-known system that people are comfortable with and securitizing it, or backing the bond with a new kind of currency.

After Mr. Bartlett formally proposed developing a “blockchain-based micro-bond” at an April city council meeting, five out of nine city council members expressed support, which means Mr. Bartlett is moving forward with designing an implementation plan. Other hypotheticals have been floated, too. Prosperous cities could back their currencies with property values, as Fouad Khan, an associate editor at Springer Nature, imagines in his vision of an “NYCToken.” Each digital token could be worth the market value of 1 square centimeter of New York real estate. At a current cost per square foot of around $1,500, that’s about $1.60 per token. “If it’s valuable to live in the city, then the currency would be valuable,” said Mr. Khan, who has previously been a consultant for the World Bank.

After all, the primary investors in a city-based cryptocurrency should be the citizens who want to buy into their city, Mr. Khan said. “Every time the price of currency goes up, not only are they getting more services, but they’re also getting a better living experience for themselves,” he said.

Dubai’s emCash is a different animal altogether, more akin to Slovenia’s BTC mall than Berkeley’s crypto-funded social investment plan. The city’s goal is to transition into a cashless society, giving residents the ability to buy goods with emCash just as easily as they’d use cash or, say, Apple Pay. Trading one kind of money for another may seem superfluous, but if the ultimate goal is to become completely “smart,” Ms. Warren said, hosting even the smallest transactions on a city-backed blockchain brings the city one step closer.

What Could Go Wrong?

There are unique drawbacks to each city’s methods of leaning away from traditional money. In developing a cryptocurrency that acts as an investment vehicle, cities are creating the potential for another bubble, experts say. “You’re going to have trillions and trillions of dollars coming in that are, maybe in the short term, great for [your city],” Mr. Khan said. “But at the same time, that’s a lot of money coming in that’s being diverted from other places.” As Bitcoin investors (and armchair speculators) have seen, cryptocurrencies can be extremely volatile. Once the novelty and excitement has worn off, investors could engage in a digital run on the bank, or there might just be fewer interested ones down the line.

There’s always the possibility for panics, Ms. Warren said. But traditional financial institutions have safeguards to keep that from happening, and future crypto-cities could implement similar safeguards to make their currencies less risky.

Then there’s the security concern. Cities that want to launch their own cryptocurrency will need have a better grasp on blockchain and cybersecurity—which, as CityLab has reported before, often isn’t the case. “If it’s not secure, then it’s going to be hacked,” said Mr. Harvey. “There’s a lot of variables here in terms of how [cities] set up their blockchain, but essentially think of somebody going in and stealing the tokens, creating transactions for residents who don’t know their tokens are being taken, and then dumped.” Berkeley’s city council, for example, is teaming up with UC Berkeley’s Blockchain Lab, as well as an online municipal finance group, to develop their plan.

This piece originally appeared in CityLab.

Sarah Holder is a staff writer at CityLab.

Linda Poon is an assistant editor at CityLab covering science and urban technology, including smart cities and climate change. She previously covered global health and development for NPR

Bart Édes Distinguished Fellow at Asia Pacific Foundation of Canada
URL: https://www.brinknews.com/why-do-cities-want-their-own-cryptocurrencies/
Get ahead in a rapidly changing world. Sign up for our daily newsletter. Subscribe
​​