Why Do COVID-19 Death Rates Differ Wildly From Place to Place? 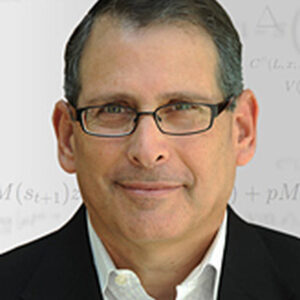 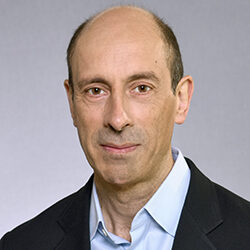 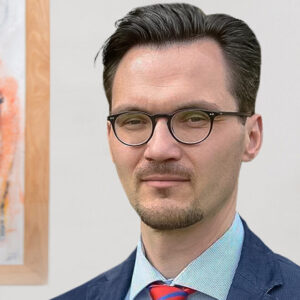 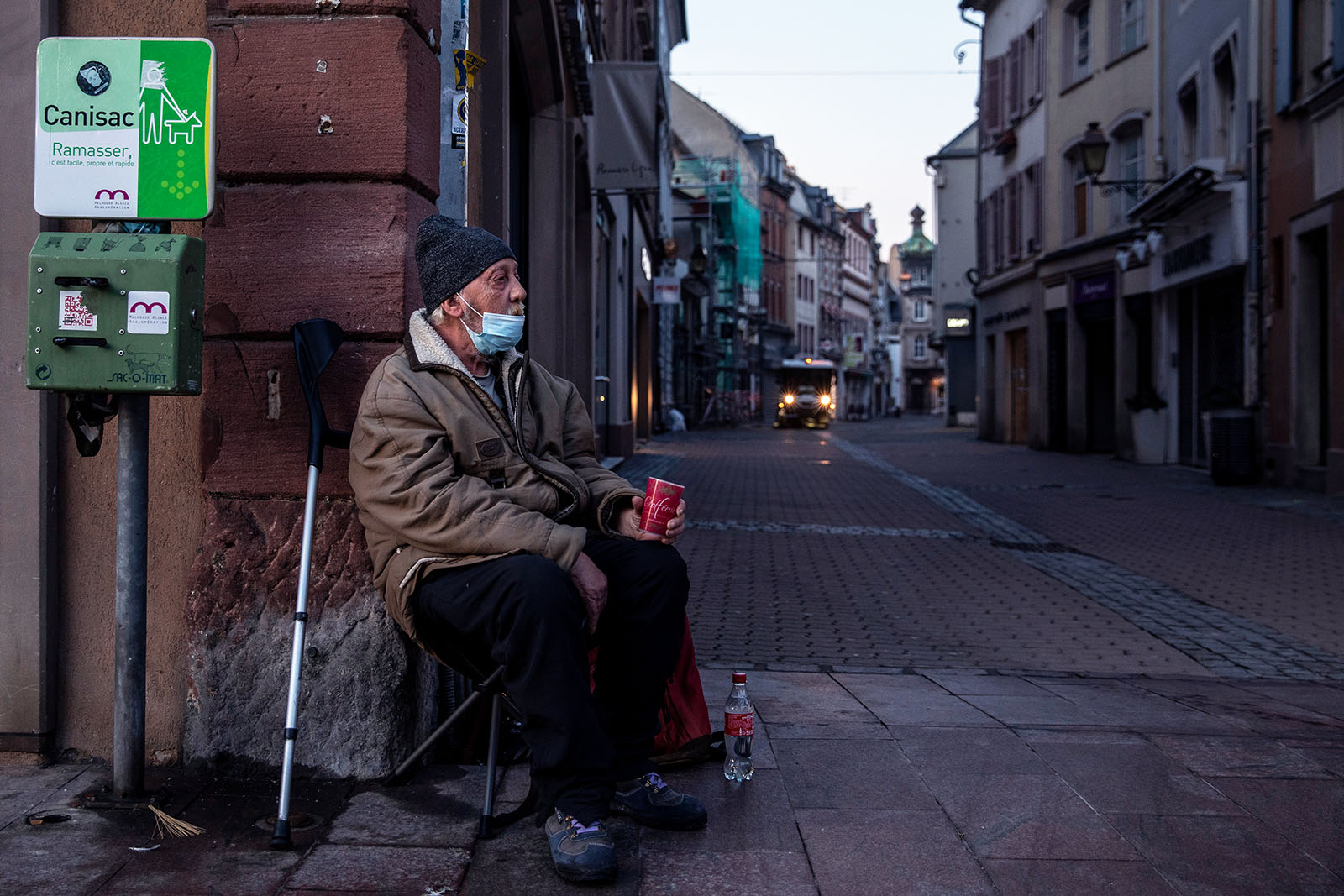 A person sits on a street corner on February 2021 in Mulhouse, Eastern France. The researchers’ model reveals two central ways in which lower-income people have suffered more during the pandemic.

As the coronavirus pandemic rages on, the wide chasm between countries’ death rates has become soberingly clear.

What factors are driving these huge variations?

Sergio Rebelo, a finance professor at Kellogg, Martin Eichenbaum, a professor of economics at Northwestern, and Mathias Trabandt of Freie Universität Berlin decided to see if they could isolate any variables that would help explain why some regions are losing so many more lives than others. They explored various measures — like per capita GDP, the share of doctors per 1,000 people and the share of the population over age 65 — in search of any that had a strong correlation to COVID-19 death rates.

“We were asking, when you look across countries or across U.S. states, which variables are the best predictors of the death toll from COVID-19?” Rebelo says.

The team had a hunch going in. They expected that the percentage of the population over 65 in a given region would best predict its number of COVID-19 deaths per million. They also suspected that GDP per capita would be a factor, and that high-income regions would have lower mortality rates. Other variables they thought might be in play included the share of doctors per 1,000 people, the size of the average household, the proportion of urban to rural areas and perhaps even the average temperature, since colder climates may be more conducive to the virus’s spread.

“That is a striking, unexpected finding,” Rebelo says. “All those other variables didn’t really matter when pre-COVID income inequality was included.”

Once they identified this key predictor, the researchers decided to explore the role of income inequality in COVID-19 death outcomes.

They designed a model focused on the U.S. economy. The model implies that the poor have shouldered a disproportionate number of COVID-19 deaths mainly because of disparities in access to quality health care and in health preconditions that long predate the pandemic.

To conduct this research, Eichenbaum, Rebelo and Trabandt needed to ensure that the model reflected 2020’s real-world economic conditions.

“This task proved more difficult than we expected,” Rebelo says. Conventional business-cycle models use certain assumptions about how the economy behaves — and the COVID-19 economy turned those assumptions on their head.

Typically, consumption among high-income people is smooth over time. But research looking at 2020 consumption and employment patterns in Portugal, the U.K., Spain and the U.S. has documented a different response: Consumption among high-income people dropped dramatically, even as this segment’s income stayed steadier than that of lower-income groups. On the other hand, poorer people experienced a bigger blow to their income but cut their spending less dramatically.

“Usually, you’d expect to see relatively smooth consumption for high-income people,” Rebelo explains. “Here, it is this group that has the most volatile consumption.”

The COVID-19 experience reveals the importance of closing the yawning disparities in people’s access to quality health care.

The researchers sought to build a model that reflects this unusual pattern, so they could use it as a laboratory to study the ways in which income inequality might be tied to high COVID-19 mortality rates.

Motivated by empirical evidence, the researchers assume that working or consuming non-tradable goods, like restaurant meals, exposes people to a higher risk of COVID-19 infection. The demand for these types of goods fell disproportionately as people tried to reduce their exposure to the virus. This drop in demand created massive job losses for low-income people.

The researchers’ model reveals two central ways in which lower-income people suffered more during the pandemic.

Secondly, those with lower incomes suffered a much more devastating death toll from the COVID-19 pandemic. Why?

Here, the model offers some strong implications: It shows that the death rate among low-income Americans would have been a staggering 30% lower if this group had the same COVID-19 case-fatality rate as high-income people. The researchers surmise that lower-income people presumably came into the pandemic with more preexisting health conditions that made them much more predisposed to succumb to the virus than those with more money.

Even when the case-fatality rate is modified to be the same for both groups, the model predicts that the COVID-19 death rate still would have been 23% higher for low-income people than for high-income earners. This is because low-income people are much more likely to be exposed to COVID-19 on the job.

The researchers use the model to compute what the death rate would have looked like in late 2020 if the U.S. hadn’t used any containment policies, such as closing some businesses. If such policies had never gone into effect, the model finds, mortality rates would have been roughly 31% higher for low-income people and 27% higher for those earning more. At the same time, these policies disproportionately reduced the employment and earnings of low-income workers, heightening income inequality.

“We had to use blunt containment policies to reduce the death toll,” Rebelo says. “But that containment exacerbated how much the poor suffered in terms of their income and employment.”

The government tried to alleviate this suffering by sending stimulus checks to low-income people. These checks increased the demand for non-tradable goods and helped improve the employment prospects for people in these sectors, without significantly worsening the mortality rate for anyone.

In Rebelo’s view, the COVID-19 experience reveals the importance of closing the yawning disparities in people’s access to quality health care.

“This won’t probably be the last epidemic we will face,” Rebelo says, referring to the body of research predicting a coming rise in zoonotic infections. “We should be getting ready for the next epidemic, and part of getting ready is to have a more equitable health care system.”

This piece was originally published in Kellogg Insights.

Professor Martin Eichenbaum is the Charles Moskos Professor of Economics in the Weinberg College of Arts and Sciences at Northwestern University and the Co-Director, Center of International Macroeconomics (CIM).

Sergio Rebelo is the MUFG Bank Distinguished Professor of International Finance at the Kellogg School of Management, where he has served as Chair of the Finance Department. Professor Rebelo does research on macroeconomics and international finance. He has studied the causes of business cycles, the impact of economic policy on economic growth, and the sources of exchange rate fluctuations.

Hamza Mudassir Lecturer in Strategy at University of Cambridge
URL: https://www.brinknews.com/why-do-covid-19-death-rates-differ-wildly-from-place-to-place/
Get ahead in a rapidly changing world. Sign up for our daily newsletter. Subscribe
​​