Why the EU and ASEAN Should Strengthen Their Engagement 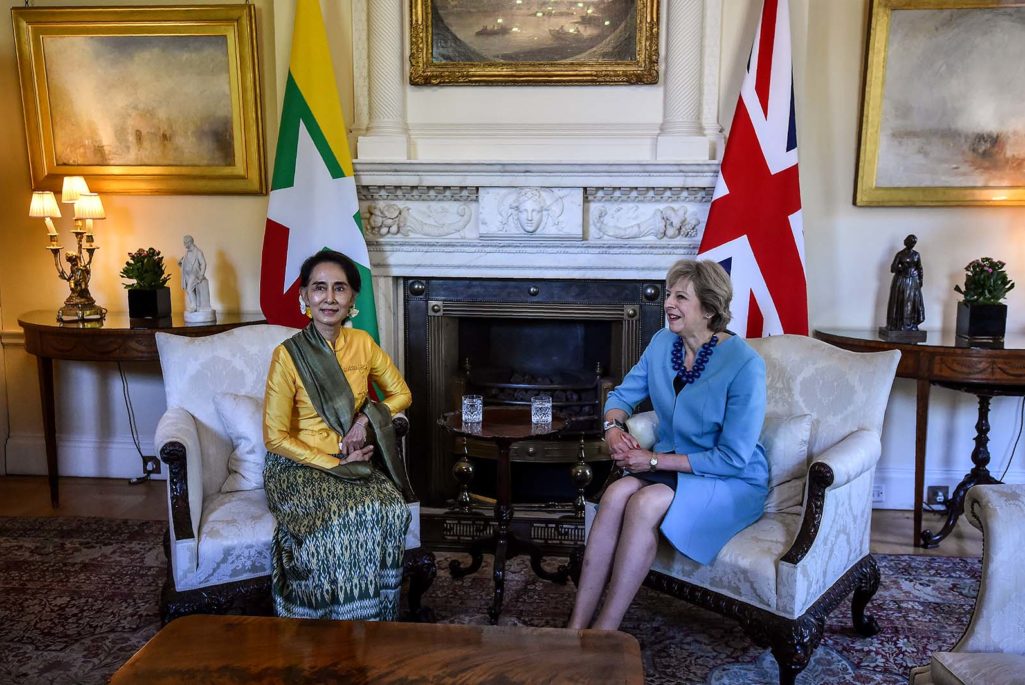 British Prime Minister Theresa May (R) meets with Burmese leader and State Counsellor Daw Aung San Suu Kyi inside number 10 Downing Street on September 13, 2016 in London, England. This is the Burmese politician's first visit outside of Asia since her party's historic election success in November 2015.

In the aftermath of Brexit and amid a series of other crises that the EU is facing, it is easy to forget that the European bloc remains one of ASEAN’s largest trading blocs, but it is imperative for the Asian economic coalition to continue its engagement with the EU and not pull back.

Even without the UK in its fold, the EU-27 still maintains substantive economic prowess. It accounts for 24.7 percent of global GDP and 14.2 percent of world trade. And a Brexit may spur the EU toward reforms that would result in an EU with a stronger core.

A History of Close Ties

Ties between the EU and ASEAN date back to 1972 and constitute one of the oldest group-to-group relationships. Despite various tribulations, the EU-ASEAN relationship is on a positive trajectory and there is much that the two groups can do to strengthen their partnership and contribute to a more stable Asia-Pacific.

Additionally, since 2003, the EU has been supporting ASEAN’s community capacity building efforts. In its current budget cycle (2014-2020), the EU has allocated another €170 million in supporting the ASEAN Secretariat and other ASEAN integration efforts.

In its most recent Joint Communication from the European Commission and Council on “The EU and ASEAN: a partnership with a strategic purpose,” the EU acknowledged the importance of a strong, cohesive and self-confident ASEAN for stability in the Asia-Pacific region. As noted in the Communication, “the EU has a huge stake in the success of ASEAN” and “investing in the EU-ASEAN relationship will bring significant returns for EU interests, both politically and economically.”

A Relationship in ASEAN’s Interests, Brexit or Otherwise

Several analysts, such as East Asia Forum’s Peter Drysdale and Shiro Armstrong, have pointed out that “it is not military power that gives ASEAN its key role in underpinning Asian security.” Instead it is the “ability to continue to promote economic growth through deeper regional integration into the global economy” by which ASEAN can contribute to the security of the region.

Many of the projects supported by development funds from the EU may not make headlines, but they address practical issues that ASEAN must deal with to deepen its integration—especially in trade facilitation, standards conformance in food safety, and pharmaceutical products. Programs are also designed to help ASEAN narrow development gaps between member states, promote connectivity and address some of the common threats faced by the region in countering terrorism and transnational crimes and mitigating natural disasters.

The Brexit vote might have brought about fresh questions with regard to the EU’s integration model, particularly in Southeast Asia. While ASEAN has always been conscious that it cannot copy the EU model, lessons can still be drawn by looking at the ambitious political experiment that the EU member states have undertaken to manage inter-state conflicts, bring about peace and reconciliation and create a single market which is still the envy of many regions.

The EU single market remains attractive and even the UK wants to be a part of it, although it does not wish to be part of a political union. In moving toward deeper economic integration, ASEAN can continue to learn from the EU on how to manage different conflicting interests and fashion the appropriate rules and institutions to serve its community-building efforts.

The EU’s presence in the region is economically driven with no strong geopolitical undertones, unlike ASEAN’s other major dialogue partners such as China, Japan and the U.S. The EU sees increased trade and investments with ASEAN as an opportunity to revive its sluggish economy.

Improving ASEAN’s regulatory framework, harmonizing standards and contributing toward ASEAN integration is mutually beneficial. By engaging more deeply with each other in the commercial and economic arena, both the EU and ASEAN can help thwart a growing negative sentiment toward globalization and free trade, and keep protectionism at bay.

A successful EU-ASEAN partnership that can deliver socio-economic benefits and better opportunities for the people of Europe and Southeast Asia will hopefully provide a bulwark against the desire to turn inward and foster isolationist policies.

Despite challenges the EU and ASEAN have faced, they remain two regional entities that have made themselves relevant to their respective regions. The EU has anchored peace and stability in Europe for more than 60 years. ASEAN has also played an important role in confidence-building amongst its founding members, and provided these countries some space to maneuver in their foreign policy vis-a-vis the big powers in the Asia-Pacific region.

The “health” and development of the EU and ASEAN are vital for their respective regional orders, and also important in shaping the global order. The risks of each of them turning inward, or being divided and disintegrating, as they face strong centrifugal forces in an increasingly volatile, uncertain and ambiguous world, make it important for them to work closely with each other. By deepening their engagement, they can prosper from mutual policy learning, circumvent inward-looking tendencies and beggar-thy-neighbor policies.

They need to strengthen their partnership to reaffirm regionalism and temper the rising sentiment of regressive nationalism. They can champion inter-regional and international cooperation to find solutions to common problems, instead of retreating to a zero-sum world. Only a close partnership will help change the current tide of discontent and populism and make the EU and ASEAN emerge stronger and ready for the future.

This is a revised version of an earlier piece that first appeared on the EU Centre in Singapore website.