Why Trust Is the Key to Moving Infrastructure Projects Forward 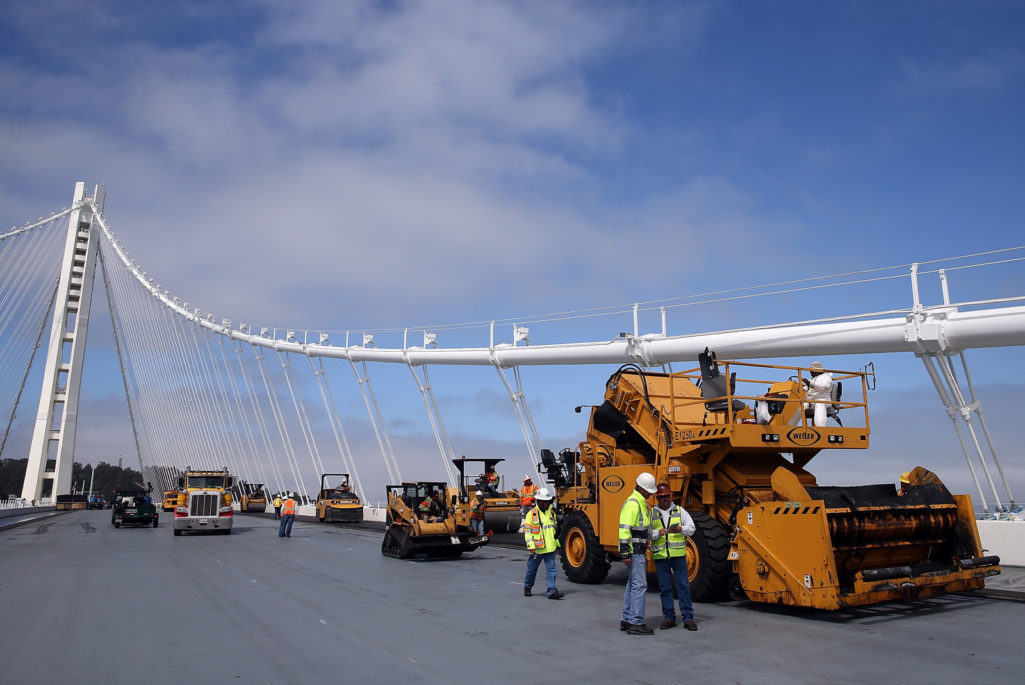 Workers pave the deck of the new eastern span of the newly constructed San Francisco-Oakland Bay Bridge on July 12, 2013 in Oakland, California.

Infrastructure projects are not inherently risky. Most tend to use proven technologies. There are plenty of experienced contractors to create a competitive bidding process. When using public-private partnership (PPP) structures, there are many examples of best practices and template contracts. Infrastructure is a good investment for those looking for stable, long-term yield, especially once construction and commissioning are complete. Yet many countries, especially those with recently emerged and emerging economies, are struggling to get their infrastructure programs moving.

There are the traditional risks such as currency risk, expropriation risk, credit risk and challenges with rule of law and so on. Not to minimize these risks, but they are all well understood, and there are many solutions and transactions to manage these.

Governments’ ability to provide the financing has recently changed. Borrowing more money is not practical. As such, many are looking at the PPP model where a consortium of private companies build and finance the asset. While a PPP is not appropriate for every project, there are many projects that would be good candidates — roads, hospitals, power projects, ports and airports.

Zig Ziglar, American salesman and author, says every sale must overcome five basic obstacles: no need, no money, no hurry, no desire, and no trust. It is an interesting framework to consider the PPP experience: governments are selling an asset via a competitive bid to a PPP consortium of private companies that offer funding, design, construction, operations and maintenance services.

No Need
The world’s population is growing and there are a billion people who want access to energy and clean cooking facilities, basic health care, and education. A report by the Swiss Re and IIF estimates annual infrastructure spending needs to increase to $4 trillion by 2030. In developed economies, aging infrastructure needs maintaining, upgrading and replacing. It is hard to imagine there is no need.

No Money
As an asset class, infrastructure has been developing for decades. Development banks raise funds that are measured in the billions. Collections of smaller projects are bundled to achieve scale required to attract investors. In some cases, there is so much money chasing projects that it threatens to drive out returns. Historically, these funds chased operating projects offering debt, but recently investors are swinging toward equity and new projects. We have money.

With stagnant GDP growth, infrastructure lays the foundation for growth.

No Trust
If we believe Ziglar’s model, then our lack of trust is the barrier.

Unless there is a solid track record of following through with PPP projects, there is a lack of trust from the private sector that the public sector will actually complete the project as planned. For instance:

Developing a competitive PPP bid is expensive and time consuming. Consortium participants are willing to bear these sunk costs in the expectation they will occasionally win. When they cannot trust the project will follow an orderly timeline because of legal challenges or the government changes its mind, they will not bid on future projects. This lowers the competition and can drive up costs. If it completely drives out global competition, then it is likely the project won’t have access to global best practices and technology, which lowers the value delivered to the public.

The public — which is used to seeing government finance, construct and operate infrastructure — has the perception that PPPs are not in their best interest. Canada and the U.K. are the world leaders at infrastructure project PPPs as measured by the dollar value and the number of such projects. The Canadian Council for Public-Private Partnerships commissioned a study that reported 17.4 billion in cost savings and tax revenue from PPP projects from 2003 through 2012. There are other studies that show the benefit of PPP. In spite of this, municipal governments, unions and other stakeholders resist the PPP model. It does not help when the U.K. Public Accounts office publicly comments that PPP looks to be a better deal for the private sector than the public.

Edelman’s Trust Barometer shows that, from 2014 to 2015, the number of individuals who trust government institutions, businesses, media and nongovernmental organizations dropped from 30 to 22% and the number of distrusters increased from 33 to 48%. It also ranks the trust level of spokespersons, CEOs and government officials rank at the bottom of this 27-country study.

Building Trust
We can begin to break down the “no trust” barrier with two steps:

Step 1: Transparency
A recent Harvard Business Review article speaks to the dual-edged sword of transparency. On one hand, transparency does improve trust, but on the other, it can also dull a competitive edge. But this logic does not hold for PPP arrangements when the entity has a single purpose and a long-duration contract.

Step 2: Balancing Risks
A great example of a risk-balancing mechanism is “I cut, you choose.” The cutter is incentivized to make both halves of the cake as equal as possible because the chooser gets to pick their half. Typically, the public sector has been keen to push as much risk as possible into the “private” side of the PPP. But there are some risks that are probably better borne by the public. The more risk is pushed into the private side of the PPP, the higher the required returns need to be. If the risk is not transferable to a third party, then the PPP needs to get paid for bearing that risk so they can set up contingency funds, which become a source of profit to the private sector if the risk does not materialize.

There are plenty of examples of good risk-sharing mechanisms. The U.S. merchant power market, while not a “PPP” in the traditional sense, is a partnership between the public and private sector. The risk-sharing mechanism defines what risks the public shares, and if they materialize, how they are to be factored into electricity prices. The private sector does not need make contingencies for funding that risk expense.

What’s Next?
It will be interesting to watch what happens over the next few months and years as Greece moves to privatize its public assets, such as the electricity transmission operator. How will they manage the “no trust” issues? As they try to protect the public interest, will they require “golden shares” that give the government more than “one share, one vote” control? How much does that lower the sale price of the asset, and how much does it detune the operational efficiency that the private sector could create?

To get trust, you need to give trust. The next step is in the hands of policymakers. It is their responsibility to send the signals and pass the regulations and policies that create a more transparent and more balanced sharing of risk. We have to trust them to take this step, and they have to trust that industry and investors will respond positively to this new regime.

Mark Robson is a Director in Marsh McLennan Companies’ Strategic Solutions Group. He works with the operating companies (Marsh, Guy Carpenter, Mercer and Oliver Wyman) to deliver solutions at the intersection of people, risk and strategy.