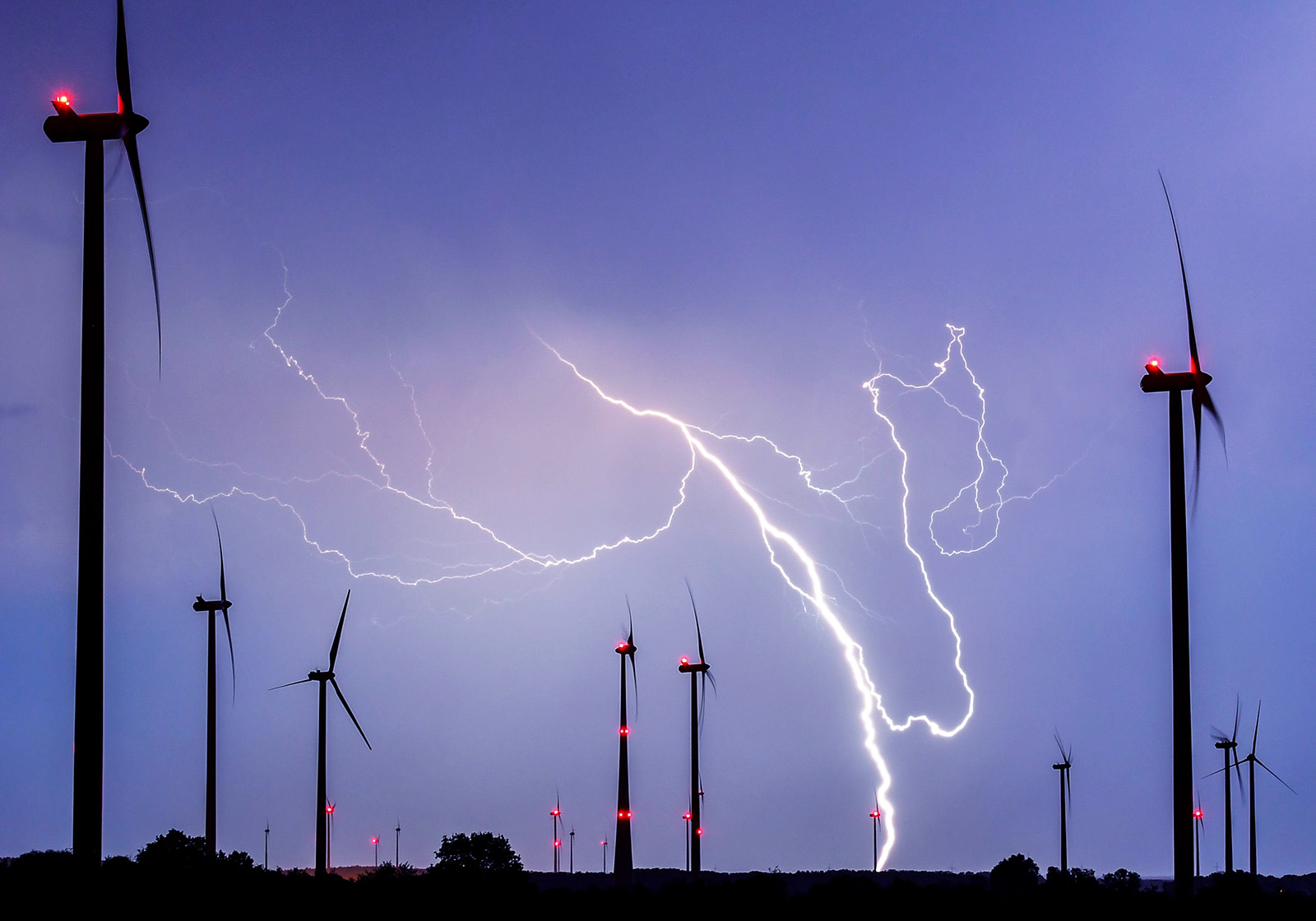 Lightning strikes close to wind turbines in a wind energy park in eastern Germany. With a new proposed law, the EU is aiming to turn the continent climate neutral by 2050.

In a few weeks, the European Union will unveil the long awaited European Climate Law, designed to “set the direction of travel for EU climate action, give predictability for investors and anchor the irreversibility of the green transformation,” according to the European Commission.

Demand for green assets has been rising sharply in recent months, fueling inflows into companies with strong environmental, social and governmental (ESG) scores. Last year, in the United States alone, investors poured $21 billion into ESG funds. Whether this is a lasting trend or rather a snapshot of a market that is increasingly driven by a hunt for yield remains to be seen. If it is the former, it would validate the urgency with which the European Commission is pushing its ambitious Green Deal.

The EU’s aim is to turn the continent climate neutral by 2050. By 2030, gas emissions should be cut by 50% from present levels. The EU Commission stated that “supported by investments in green technologies, sustainable solutions and new businesses, the Green Deal can be a new EU growth strategy.”

The proposed law (with the emphasis on proposed) is not much more than the Green Deal turned into a legislative package. We are still quite a bit away from turning any of it into a coherent piece of legislation (regulation or directive). Turning lofty goals into a workable strategy is going to be one of the main challenges for the EU in coming years.

Can the EU Turn its Rhetoric Into Action?

In order to do this, all European institutions—the Commission, member states and the European Parliament—will need to work together and put aside some of the mutual suspicions that have recently hampered the legislative agenda.

A former senior official of the EU noted that too often he has witnessed how political commitments made by European governments on Sunday night melted away on Monday morning once ministers faced the reality of their national bureaucratic machines—not to mention domestic politics.

Early signs indicate that this time could be no different. Let’s take the current impasse on EU budget negotiations: Member countries need to agree on a budget for 2021-2027. The exercise is made more difficult by the fact that they need to plug a hole of about 60-75 billion Euros left by Brexit.

Budget Negotiations Do Not Augur Well

A group of smaller countries—Austria, Denmark, the Netherlands and Sweden—known as the frugal four, want to cap the budget at 1% of the bloc’s GDP, while others and a majority of MEPs in the European Parliament, would like to increase the EU’s financial firepower to about 1.3% of GDP, in part to fund the green deal. Predicting the exact outcome would be presumptuous; however, one thing seems to be clear. The compromise that will likely emerge won’t be particularly ambitious. Once again, the deep-seated suspicions between various parts of the EU—north and south, east and west—will exact a price.

So far, Germany has tried to play the role of moderator; however, Chancellor Angela Merkel is continuously distracted by domestic politics and instinctively sides with the frugal four.

When a capital raise for the European Investment Bank was discussed—this is the EU institution that EU Commission President Ursula von der Leyen would like to turn into the climate bank—Merkel allegedly refused to discuss it on the grounds that she still doesn’t trust the risk management of the bank.

Sustainability is now strongly anchored in the business strategy of many financial institutions, but the rush to green is also raising fears that bubbles may emerge.

It’ll Fall to the Financial Sector to Implement

That leaves the challenge to fund the transition to a green economy pretty much squarely on the shoulders of the financial sector. The EU is finalizing a taxonomy-based framework that would allow financial institutions to disclose their exposure to green—or brown, for that matter—investments.

It’s what in EU parlance is known as a Pillar 3 measure, with Pillar 1 being legally binding behavior, Pillar 2 being measures taken by supervisory authorities and finally, Pillar 3 being all that is left to markets to sort out.

European banks—the EU is still very much a bank-based economy—are trying to adapt to the new emerging reality. Sustainability is now strongly anchored in the business strategy of many financial institutions. At the same time, the rush to green is also raising fears that bubbles may emerge, and by doing so, threaten the careful risk management of the post-crisis decade.

If green is incentivized with a heavy hand and blunt tools, such as green-supporting or brown-penalizing factors, banks would face difficult choices.

After all, the emerging taxonomy that should help guide investment choices will have to be adapted to technological changes. What looks green today may well assume a much darker complexion in coming years. Ideally, some of the transition risks therefore should be shared by the public and private sector. As so often, the question is not if, but rather how much.

Equally, it is to be expected that the European Central Bank, as part of its role as supervisor of banks, will increasingly factor in climate risks into its assessment of banks’ health. This will take time, given the current lack of reliable data on current banks’ exposures.

What’s more problematic is if, as part of its current asset purchase program, the ECB was to start buying large amounts of green assets. The danger of market distortions would increase. The ECB is currently overhauling its strategy. It’s president, Christine Lagarde, and the central bank’s governing council, could feel pressured to act by the reluctance of fiscal authorities, i.e. governments, to turn words into action.

It would not be the first time that EU member states leave much of the hard work to monetary policies and to the banks, its transmission channel into the real economy.

Hamza Mudassir Lecturer in Strategy at University of Cambridge
URL: https://www.brinknews.com/will-the-eus-climate-law-turn-europe-green/
Get ahead in a rapidly changing world. Sign up for our daily newsletter. Subscribe
​​