The World’s Largest Bay Area Economy Will Be in China 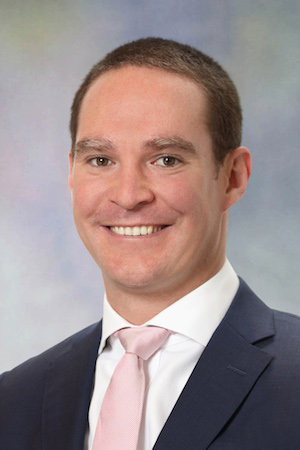 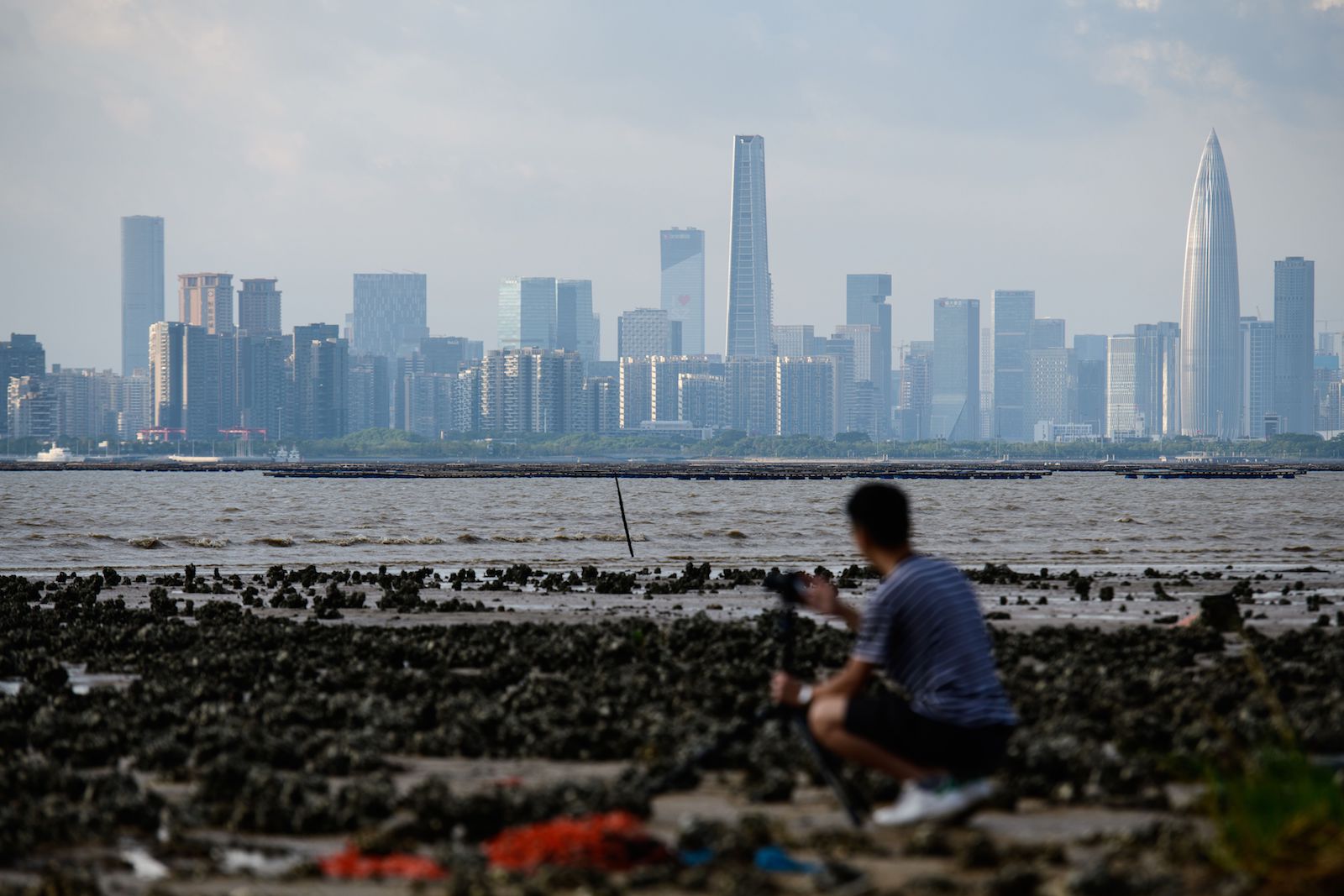 A man sets up his camera as he looks across Deep Bay in Hong Kong toward the Chinese mainland city of Shenzhen. Compared with the world’s three largest bay areas—New York, San Francisco and Tokyo—the Greater Bay Area is already the largest in terms of land area and population.

Southern China is experiencing a once-in-a-century transformation. While the transition will be economic, the change will be societal. The outcome of the transformation will forever alter the fortunes of the internationally important, globally connected economic zone. And now, there is a catalyst.

The opening of Hong Kong’s high-speed rail, officially known as the Guangzhou-Shenzhen-Hong Kong Express Rail Link, marks an exciting turning point in the cities’ histories. The railway reduces the travel time between Hong Kong and Shenzhen from 50 minutes to 14 minutes, while a journey from Hong Kong to Guangzhou will be just 48 minutes long. It is one of the many major infrastructure projects within the strategic development of a southern China economic powerhouse—the Greater Bay Area.

Connectivity To Create an Economic Powerhouse

At present, the area is served by 1,640 kilometers of intra-regional and intercity trains. Upon completion of the 10 railway projects currently under construction, the total length of this network will reach 2,370 kilometers. These tracks will connect the Greater Bay Area with the rest of mainland China via the cross-country high-speed railway network. The Hong Kong section of the high-speed rail, along with other infrastructure projects, will therefore open up a plethora of opportunities.

To be clear, the Greater Bay Area is not new. It has always existed as a city cluster geographically. The economic integration of the cities has been going on for at least a decade or two and was previously known as the Greater Pearl River Delta.

The difference now, however, is that there is stronger policy support and infrastructure in place to expedite the integration of the various cities in the area. Along with the Belt and Road Initiative, the development of the Greater Bay Area is a major initiative driven by the Chinese government and supported by the Hong Kong, Macau and Guangdong local governments.

Hong Kong, Macau, Guangzhou and Shenzhen will continue to play a leading role in the region’s economic growth by leveraging supportive government policies and existing strengths. Hong Kong already operates the world’s largest offshore RMB business and financing center, and the Hong Kong Stock Exchange ranks seventh in the world in market capitalization. Additionally, the total amount of capital raised from IPOs in Hong Kong and Shenzhen combined has ranked the highest in the world since 2015.

In addition to its flourishing financial industry, Shenzhen is the epicenter of technological innovations in China and is growing in prominence on the world stage as well. In partnership with Hong Kong, it could grow to become an international innovation and technology hub.

Guangzhou, meanwhile, has distinct geographical advantages, as it is located at the heart of major railway lines across the Greater Bay Area. It is also home to many leading educational institutions, producing an abundance of young talent.

And lastly, Macau is the largest gaming city in the world and will partner with Hengqin Island in Zhuhai to strengthen the tourism sector.

Foshan and Dongguan will emerge as additional growth engines as the cities continue to integrate with Guangzhou and Shenzhen. As land price, rents and labor costs surge in Guangzhou and Shenzhen, Foshan and Dongguan will benefit from spillover demand from companies seeking to relocate or expand. The latter two are already transitioning from labor-intensive, manufacturing-based economies to ones increasingly driven by advanced and high-tech manufacturing industries. By 2020, the GDP of each city is estimated to surpass 1 trillion yuan.

Strategic cross-harbor infrastructure projects will accelerate the growth of western cities and Huizhou. The most prominent development is the Hong Kong-Zhuhai-Macau Bridge, which will connect Zhuhai with Hong Kong and Macau to form a “tourism triangle,” enticing visitors to embrace Hong Kong’s shopping paradise, Macau’s casinos and Zhuhai’s scenic attractions.

The second most influential infrastructure development is the Shenzhen-Zhongshan Bridge, which, upon opening in 2024, will see the commute time between Shenzhen and Zhongshan reduce from two hours to just 30 minutes. Zhongshan and Zhuhai will also benefit from spillover residential and commercial demand from its highly developed neighboring cities, Hong Kong, Shenzhen and Guangzhou.

The Significance of the Cluster

Domestically, the Greater Bay Area is already considered a pioneering city cluster. It takes up only 0.6 percent of land and makes up 5 percent of the total population in China, but it accounts for 12 percent of the country’s GDP, surpassing the economic efficiency of the two other major city clusters in China—Jing Jin Ji and the Yangtze River Delta.

It has all that is required to be the world’s largest bay economy. Compared with the world’s three largest bay areas—New York, San Francisco and Tokyo—it is already the largest in terms of land area and population. The area has two world-class financial and technology hubs—Hong Kong and Shenzhen—as well as highly rated airports and seaports.

But the gap lies in its GDP per capita, which is significantly lower than the other three great bay areas. In these three other bay areas, between 80 and 90 percent of GDP comes from the tertiary sectors, while the proportion of tertiary industries in the Greater Bay Area is just over 60 percent of the economy.

Exhibit: A Comparison of the Largest Bay Areas in the World

The Greater Bay Area needs to boost its tertiary industries across all cities in order to enter the next phase of its economic development. High value-added industries have long been clustered along the east coast. Some cities on the western coast, such as Zhaoqing, Jiangmen and Zhongshan, are still dominated by middle-to-low-end manufacturing industries.

The opening of the high-speed rail connecting Hong Kong, Shenzhen, Guangzhou and the rest of mainland China is just one of the indicators that the Greater Bay Area is positioned to become a powerful economic hub.

Among the top 200 largest office occupiers in Hong Kong, our research found that 121 of them, or 61 percent, already have an office in the Greater Bay Area. This is compared with 173 in Shanghai and 151 in Beijing, two traditional and well-established commercial districts in China. With the Greater Bay Area being a relatively new region, this number shows that many companies already understand the business opportunities offered by this region.

With the Greater Bay Area development framework in place, many companies have indicated interest in expanding their footprint in the area. This offers unprecedented potential for many businesses with ambitions to tap further into mainland China.

Tom Gaffney is regional managing director for the Greater Bay Area and Hong Kong, with oversight for all of CBRE’s business activities in these territories. Based in Hong Kong, his primary responsibilities include operational management of all major business lines, client relationship and engagement programs, and personnel development and recruitment for CBRE.