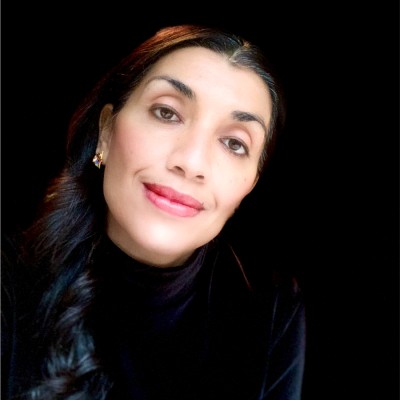 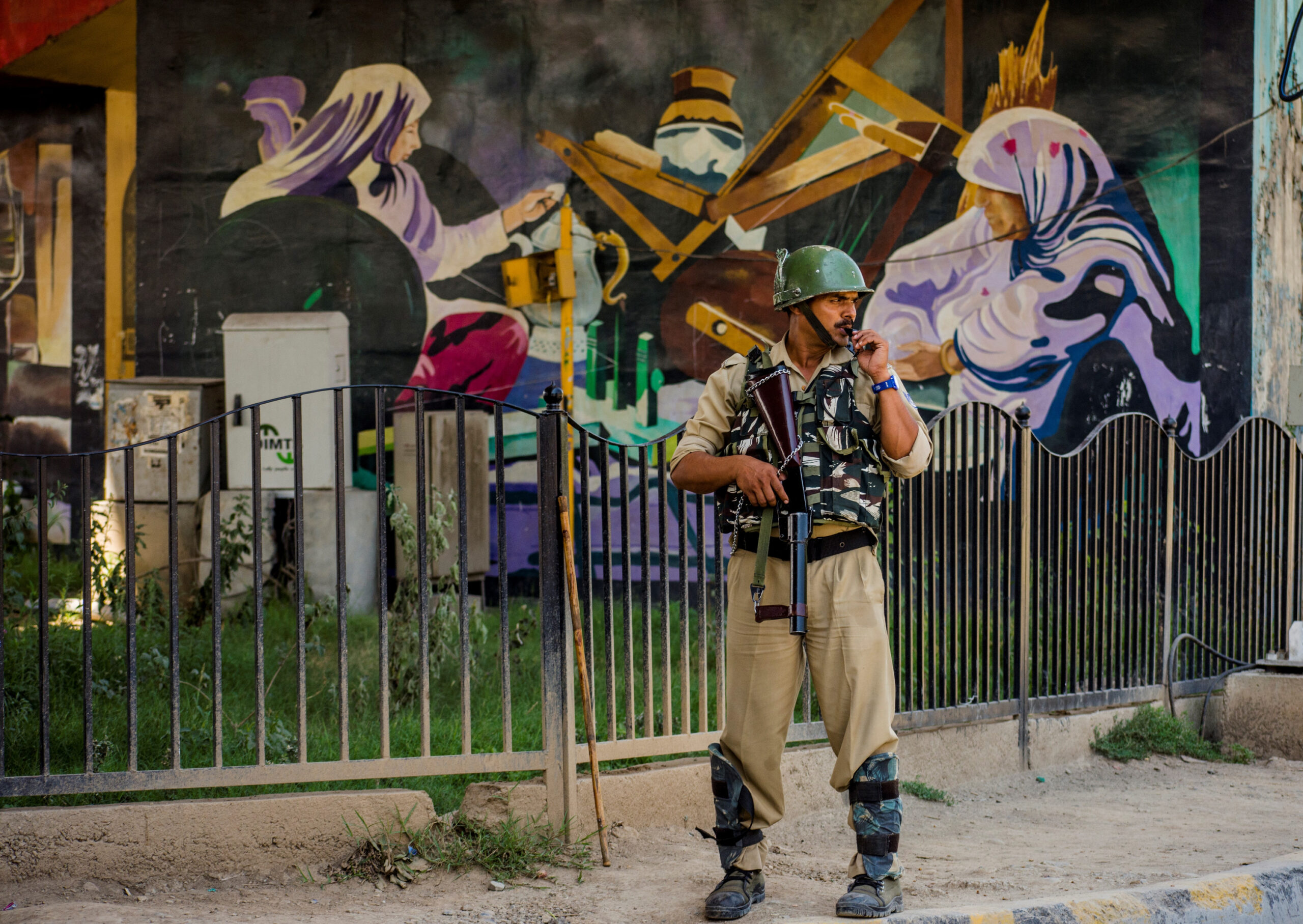 A paramilitary trooper stands guard in front of a mural, on August 22, 2019, in Srinagar, the summer capital of Indian-administered Kashmir, India. Seventy-five years after the British split India and Pakistan, both countries are fighting for control over the Jammu and Kashmir provinces.

Tension remains high between India and Pakistan, which both mark 75 years of independence this month.

This week, the Altamar team of Peter Schechter and Muni Jensen talk to Shamila Chaudhary, the former director for Pakistan and Afghanistan on the National Security Council and nonresident senior fellow at the South Asia Center at the Atlantic Council, to make sense of the tensions between these nuclear-armed neighbors.

In 1947, India and Pakistan split based on religious majorities — Hindu and Muslim. Soon thereafter, the two countries went to war over control of the Jammu and Kashmir provinces, and since then, the conflict has escalated into confrontations on multiple fronts, with global implications. Is this region the world’s third tripwire, after Ukraine and Taiwan?

Kashmir Is the Original Grievance

Chaudhary explains that to understand the roots of their conflict you have to go back to 1947: “The boundaries were largely determined by British bureaucrats and South Asian political elites who saw some advantage in working with the British. Kashmir, which is a Muslim majority region in South Asia, was claimed both by the newly established Indian state and the Pakistani state.

“The nuclear component is what should keep us up at night. And it’s the confrontation over Kashmir that repeatedly brings the two countries to the brink of escalation. It’s a very complicated situation because India believes that authority over Kashmir is an internal matter [while] Pakistan wants to internationalize the issue.”

Over the years, international bodies and countries have attempted to mediate. However, Chaudhary worries that the conflict is not getting enough attention today to keep it from escalating. “The geopolitics of the region have changed. India and the United States are on one side now, and the Pakistani and Chinese are on the other side. So, it’s going to be a lot harder to de-escalate.”

China Is Moving In

This has left a lost generation of youth in the region with no economic future. “Both India and Pakistan have consistently subjugated Kashmiri interests to their own national security agendas. They’ve become heavily militarized, heavily politicized. What’s keeping people down are draconian laws that encourage human rights abuses by security forces. There’s a lot of corruption, and the economy has not been developed. … The opportunity will come once there’s greater autonomy for Kashmiris to decide their own fate, and it still hasn’t happened yet.”

Since Pakistan’s inception, it’s experienced tensions between civilian leaders at a powerful military. It’s not unlike a lot of other countries that went through the postcolonial experience.

China has heavily expanded its infrastructure investment in Pakistan. According to Chaudhary, “The bordering regions between China and Pakistan include militants that are anti the Chinese state, the Uyghurs and this border region of Xinjiang. The Chinese feel that greater involvement in Pakistan connects them more to the Pakistani security establishment, which can be helpful in containing the militant threat on its border.”

The Quad, or the Quadrilateral Security Dialogue, is a regional security dialogue between Australia, India, Japan and the United States that attempts to counter China’s influence in the area and create a powerful democratic bloc in an age of rising authoritarianism.

“The Pakistanis are uncomfortable with it because it, again, elevates their main competitor to the global stage. It also excludes Pakistan from a conversation about the Pacific, which it feels like it should very much be part of.”

The recent removal of Prime Minister Imran Khan has thrown Pakistan into yet another political crisis.

“Since Pakistan’s inception, it’s experienced tensions between civilian leaders at a powerful military. It’s not unlike a lot of other countries that went through the postcolonial experience. That being said, I think Imran Khan’s ouster was done legally and democratically, and that shows that Pakistan has this very vibrant, democratic culture and a formal democracy in place, which, of course, has been consumed by these growing … kleptocratic forces, corruption, and dynamic politics and the overbearing military.”

The recent assassination of al-Zawahiri in Pakistan also “puts Pakistan in a very uncomfortable situation because they have a very close relationship with the Taliban. So that U.S.-Pakistan tension will remain unresolved.”

Meanwhile, Chaudhary says that the rising tide of Hindu fundamentalism in India is concerning. “I don’t think that it’s representative of all Indians, of course. But there’s definitely been a shift in the acceptance of fundamentalist ideas and behavior. And that’s coincided with the tenure of Prime Minister Modi. And in fact, he’s consistently consolidated his power around it, which I think is more worrisome. [Prime Minister] Modi views fundamentalist forces as important political stakeholders of his. As long as that is the case, I think we can expect more extremist politics in Indian politics.

“If I’m looking at what is hopeful about both countries, I would say the idea that we can take advantage of the demographic opportunity, the human capital that is so dynamic in the countries. But I get much more pessimistic when I think about the socioeconomic development needs and how the populations have been underserved by their governments.”

Senior Fellow at the South Asia Center at the Atlantic Council

Shamila N. Chaudhary is a Senior South Asia Fellow at the Washington D.C.-based New America think tank and senior advisor to the dean at the Johns Hopkins University School of Advanced International Studies (SAIS). She was also appointed President of the American Pakistan Foundation in August of 2019. She has twelve years of experience working in the U.S. government, including at the White House as Director for Pakistan and Afghanistan on the National Security Council from 2010-2011.

David L. Goldwyn President of Goldwyn Global Strategies
URL: https://www.brinknews.com/75-years-on-india-and-pakistan-remain-enemies/
Get ahead in a rapidly changing world. Sign up for our daily newsletter. Subscribe
​​