A ‘Marshall Plan’ for the Caribbean 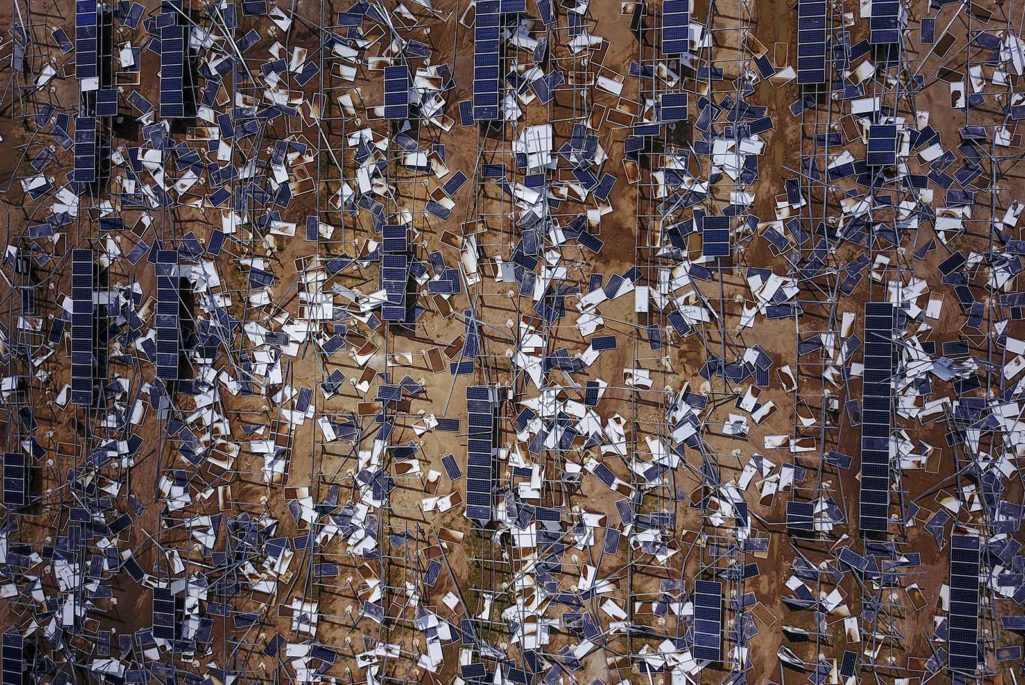 Solar panel debris is scattered in a solar panel field in the aftermath of Hurricane Maria in Humacao, Puerto Rico.

With his island home wrecked by Irma and witnessing the damage in the neighboring British Virgin Islands, Richard Branson, the billionaire entrepreneur and climate change leader, called for a sustainable “Marshall Plan” for the hurricane-affected Caribbean.

The historic analogy is apt. The region is not only suffering apocalyptic devastation because of hurricanes Irma, Jose, and Maria, but the 39 million residents of the Caribbean are exposed to an annual Atlantic hurricane season that on average produces 16 named storms—storms whose power is only going to increase as a result of global warming.

While greater relief efforts are needed to save lives and reduce suffering, now is the time to articulate the core concepts behind such a Marshall Plan that would build a better, more resilient and sustainable Caribbean. If we do not, today’s necessity will become tomorrow’s normal—and the region will spiral downward.

This is not rocket science, but it will require thinking systemically to redesign old patterns of settlement and commerce that exacerbate the region’s vulnerability. Here, five key sectors must be woven into a new, more resilient fabric: buildings, energy, transportation, food, and water. (Full disclosure: My business is helping find solutions in many of these sectors).

Early reports indicate modern stick-frame construction failed to protect against the storm’s powerful winds, which topped out at 185 mph. Concrete and cement block buildings performed better, but roof damage was nearly universal. As a result, people were injured, killed, and are now exposed to the elements.

Better wind protection means quickly transitioning building codes to prioritize materials and designs that can deliver such protection at prices all islanders can afford. The leading contenders here are homes built of composite structural insulated panels. Developed in the world of naval architecture, where racing boats routinely travel at similar speeds in water that is 1,000 times denser than air, composite-panel buildings can be designed to sustain 200-plus mph winds, retain local architectural vernacular, and achieve net zero energy consumption. Even better, these building materials turn out to be less expensive than lumber and can be manufactured on-island, diversifying local economies.

Island energy is dominated by centralized fossil fuel generation. Both sides of this design failed during the storms. Centralized systems created single points of failure, and in places like Puerto Rico, Barbuda, and the British Virgin Islands, it will take months to restore power to pre-storm levels, putting lives in danger. As for fossil fuels, beyond the longer-term problem of carbon emissions, the fuel is imported at great expense, making island prices per kilowatt-hour in some places 400 percent of the mainland.

This is a classic case where future logic can be adopted now. It is time to build distributed, renewable smart grids with battery storage. Grid-scale battery storage is being rolled out now in many places and is the perfect solution for higher-cost island energy systems. Tesla is in talks with Caribbean stakeholders about expediting battery solutions. Mr. Branson’s own hardened solar power arrays and buried cables survived the record winds and were back on line the next day. Mandating the same across the region is essential to reducing disruption and suffering.

A ‘Marshall Plan’ for the Caribbean is needed to build better, more resilient and sustainable economies.

Transportation on the islands is predominantly by car for passengers and by truck for goods, both of which require imported gas or diesel fuel. When the hurricanes hit, transportation became a nightmare scenario: Access to roads was cut, ports damaged and supply lines obliterated. People are trapped, unable to remove obstacles in the roads or find gasoline. And relief efforts are unable to move food, supplies and medicines to those in need, while containers of goods are stacking up in the port, as is the case in Puerto Rico.

This is the moment to leapfrog to an electric-only future. For island nations rich with sunlight and trade winds, a smart-grid design can create the infrastructure that would allow for car and truck batteries to become distributed, emergency storage. With the ability to recharge a vehicle at any home, the population will be able to solve more of its own problems, faster. Even better, connecting communities with electric streetcar and light rail systems using on board power can provide more affordable transportation for islanders while also expediting post-storm restoration of freight service to move the right quantities of supplies to the right places. Such systems typically come with a maintenance car that has a plow and a crane that can be used to get the system running in the event of track blockage. The cars themselves can be housed in a reinforced “car barn.” A smart design entails having a maintenance car and car barn for each segment at risk of being cut off in the aftermath of a natural disaster.

The islands import most of their food. This means that when ports and roads are cut off, and home pantries are destroyed or depleted, people go hungry. The old logic is rooted in the idea of comparative advantage. With island earnings driven by tourism, it seems to makes sense to import food for both tourists and islanders. But even before the storms, the reality was that imported food was unhealthy, with cheap, high-calorie foods being over-consumed and fresh, expensive produce limited by price. As a result, island populations are experiencing an epidemic of obesity and diabetes.

It’s time to diversify island economies and build hurricane-hardened greenhouses in the interior of the islands. While the land area required for grain production means islands will never replace agricultural imports, by creating a distributed network of survivable farms, the islands will have a food buffer that will help local employment and create a strategic reserve of fresh foods. With the global movement toward local produce, in normal times, farms can profitably service the tourist sector and then button up with high-strength composite shelters when storms threaten.

Much like energy, water systems in the islands are centralized, powered by fossil fuels, and often running desalination plants. Larger towns may also have a centralized water treatment facility. When these go down, the entire population is cut off from potable water, creating extreme risk of dehydration and cholera. For vulnerable populations such as the elderly and young children, this will be deadly.

The centralized municipal water systems of the 20th century are no longer the best choice. District-level systems can provide greater resilience and redundancy, and with advances in closed-loop treatment, they can be charged once and fed with annual rainfall, eliminating the energy- and cost-intensive desalination process. For more isolated home sites and small commercial buildings, small-scale systems are already on the market.

From Moment to Marshall Plan

Well-integrated, these five adaptations would save lives and treasure. They would encourage green rebuilding in residential town and village centers and along new light rail routes. And they would improve the household economics for most islanders by reducing energy and transportation costs while improving health. Those same walkable places would increase foot traffic for shopkeepers, public markets, and small businesses, enticing tourists out of the resort and into the high street.

The brilliance of the original Marshall Plan was that the nations of Europe decided for themselves how to put the funding to best use. Island leaders would do well to work with their constituents as well as donors, aid agencies and other institutions to create the space to plan out how to rebuild these systems better.

But it should be the private sector that keeps the government’s feet on the fire—especially insurance. The odds are 100 percent that more hurricanes will rake these islands. Only by building resilience and sustainability into a new system logic that reduces everyone’s vulnerability will we in fact restore the prosperity and security of the Caribbean.

Peter Schechter Host of Altamar Global Issues Podcast and BRINK columnist Juan Cortiñas Founder and Managing Partner at Opportunitas Advisors
URL: https://www.brinknews.com/a-marshall-plan-for-the-caribbean/
Get ahead in a rapidly changing world. Sign up for our daily newsletter. Subscribe
​​