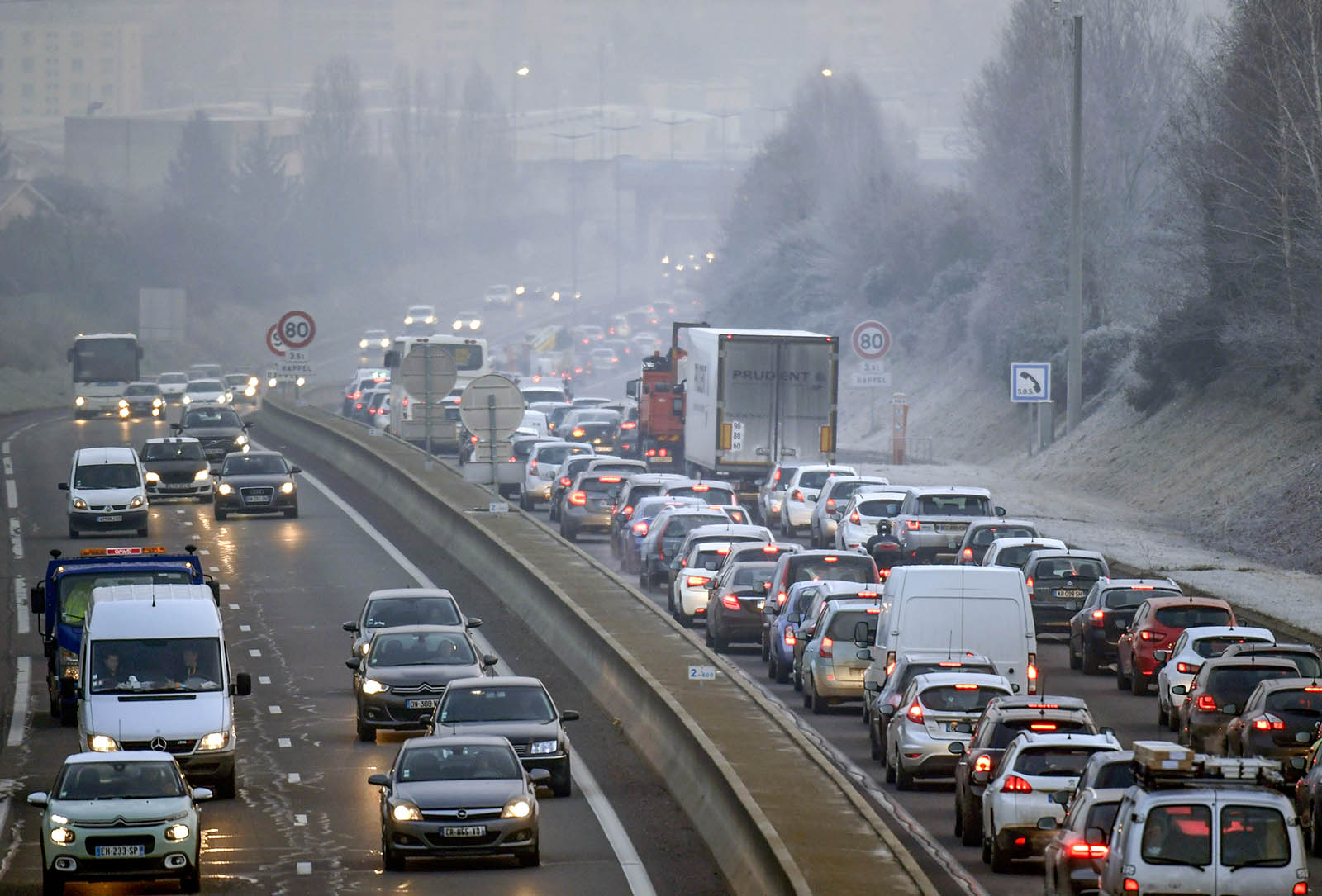 A traffic jam on the second day of anti-pollution restrictive driving measures in Lyon, France. The EU adopted a policy focused on redirecting capital toward sustainable development—charting a course for the U.S. to follow.

By adopting a 10-point Action Plan, the European Commission is now committed to refocusing capital away from short-term, depletive business models. And by their leadership, our transatlantic allies have opened the door to do the same in the United States, where such a pivot is even more desperately required. The question is how, especially without policy support coming from Washington.

Thanks to Brussels’ leadership, the path is now visible. Investors can think of Europe’s move as analogous to what California has been doing for the past few decades on automobile fuel efficiency standards: setting a high standard in a large market that pulls the rest of the nation in its wake. In this case, however, Europe is pulling the $100 trillion financial sector into a new mode.

Valdis Dombrovskis, EU vice president for financial services, laid out the three pillars of the new policy in his speech to the conference, saying that the framework has “three main objectives:

This comprehensive approach anchors the policy in the very measurable and increasing risks that come from maintaining an unsustainable global economy. Mr. Juncker himself pointed to the looming specter of economic disruption, noting that economic losses from extreme weather disasters increased by 86 percent from 2016 to 2017. But it’s not just climate that makes the planet sustainable: Humanity has already crossed four out of nine planetary boundaries, placing the global economy well outside of safe operating parameters. As a result, this EU policy will touch every sector.

Over the coming years, European investors will be applying new risk and investment frameworks to their investments in the United States.

By embedding sustainability analysis in risk frameworks used by institutional investors, the EU has unlocked the primary gating factor for capital to begin to flow. For decades, it was a case of, to put it crudely, “we cannot sell it if we cannot smell it.” Thanks to the leadership of pioneering investor groups such as the Divest-Invest coalition, the Sustainability Accounting Standards Board, and the Investor Network on Climate Risk and Sustainability, who cleared the way for the European Action Plan, the imperative of incorporating long-term risks into portfolio planning is now firmly established.

With that victory, the time has come for action. The immediate purpose of the policy is, of course, to direct investment flows within the boundaries of the EU, where the strategic risks of ecological disruption are well understood by both populations and governments.

But the Action Plan’s impact will not stop at the eastern shore of the Atlantic. That’s because European institutional investors have to invest in the United States. Between massive transatlantic trade, 50 percent of stock market equities being based in the U.S., and the massive, liquid U.S. market in public and private bonds and real estate, European funds are already long on America and, frankly, have no alternative.

What this means is that over the coming months and years, European institutional investors and their representatives will be applying these new European risk and investment frameworks to their investments in the United States. Larry Fink’s BlackRock is well-positioned to model the redeployment of the hundreds of billions in equities that will transition from emissions-dense 20th century stocks to cleaner and greener new holdings.

Yet despite the large sums involved in publicly traded equities, the biggest impact will be realized in infrastructure and mortgage finance, the two sectors with the largest emissions correlation in the car-dependent U.S. In one of the most comprehensive comparative studies of the emissions savings possible by changing transportation and housing styles, the respected urban planner Peter Calthorpe estimates an 88 percent reduction in emissions from compact, green growth. As European risk frameworks focus armies of analysts on the American investment landscape, the relative emissions of highway-oriented versus transit-oriented infrastructure and housing finance will tilt finance decisively toward the latter.

What’s exciting is that none of that European capital need wait for permission from Washington. And once we put capital back to work, Americans can get back to work—building a new, sustainable American dream.

Alexander Privitera Fellow at UniMarconi, Rome
URL: https://www.brinknews.com/europe-backs-sustainable-long-term-growth/
Get ahead in a rapidly changing world. Sign up for our daily newsletter. Subscribe
​​