How Long-Term Investors Can Step Into the Breach 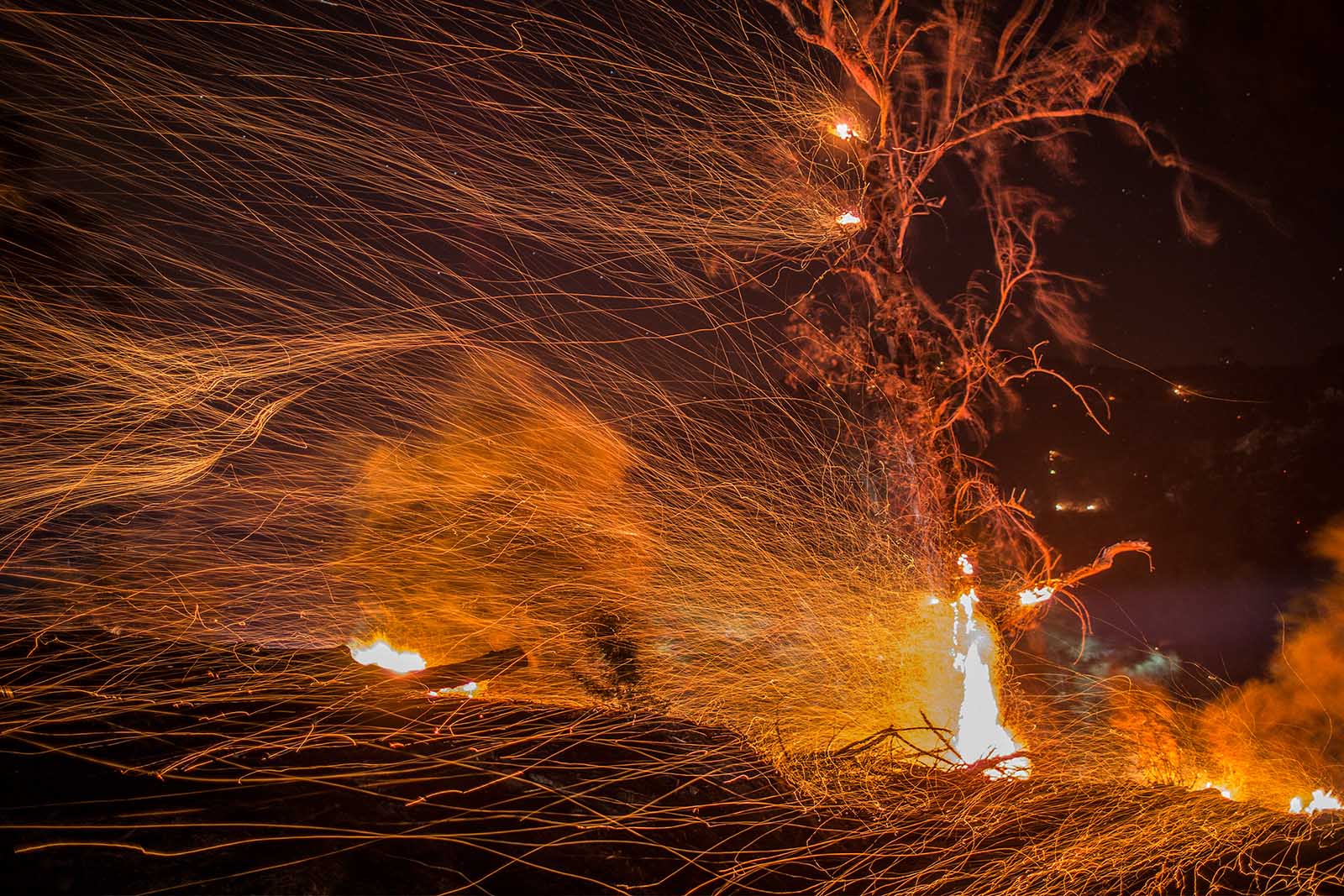 Southern California wildfires were among list of daunting climate risks that confronted long-term investors in 2017.

2017 was a bad year for long-term investors. While short-term gains from public equities will likely narrow the yawning gap in funded liabilities, these will likely turn out to be Pyrrhic victories, because major medium and long-term risks got worse. Much worse. As long-term investors prepare for 2018, it’s time to undertake a reassessment of portfolio strategies and the role of long-term capital in the macro-economy itself.

The list of risks is daunting and climate change tops the list. Record hurricanes in the Caribbean, record fires in southern California, accelerating polar melting, and a summer of drought and protest in India drove up insured losses and political risk.

Geopolitically, Russia continued its attempted hacking of elections in Germany and France, North Korea launched itself into the nuclear powers club, the civil war in Yemen put a million people at high risk of cholera infection, Brexit negotiations distracted Europe, and Washington recognized Jerusalem as the capital of Israel. Economically, China’s debt got worse, Americans leveraged up on consumer credit, OPEC raised the price of oil, the Fed raised rates, and Europe began to curtail its policy of quantitative easing.

This matters to portfolio theory because institutional investors build their holdings around an assumption that developed-world governments are making macro-prudential decisions that, together, work to address the primary drivers of long-term risk. After 2017, it is hard for an objective fiduciary to say U.S. fiscal, securities, tax, or environmental policy—policy which impacts 50 percent of global stock market equity—is prudent or will be for some time to come.

If that assumption is false, and if the U.S. is not investing in or shaping the regulatory environment to support a foundation of sustainable, long-term growth, then portfolio diversification is no longer sufficient to mitigate the catastrophic losses that would come from a new exogenous shock, or perhaps, a self-inflicted shock as newly-increased middle-class tax burdens force families to stop spending.

This is the fundamental problem from which the idea of strategic impact investing emerges, as this columnist has articulated in the past. If investors believe that it is unlikely that advocacy will correct the problem in time, do they have an obligation to invest themselves to fix it? Is it possible for responsible, long-term investors to articulate, structure, and fund a coherent investment hypothesis that makes the kinds of investments a major economy like the U.S. needs? Could we replace missing investment dollars from the federal government with investment dollars from long-term impact and institutional investors? Could the resulting system be more resilient, responsible, and prosperous than the status quo ante? And, could such a system be introduced to other economic regions lacking in more traditional Keynesian investment?

To all of these questions, the answer is: Yes.

If investors believe that it is unlikely that advocacy will correct the problem in time, do they have an obligation to invest themselves to fix it? The answer is: Yes.

Here’s how. Starting in the U.S., the key to this investor-led strategy is the increasing demand for walkable communities across the country. More than 60 percent of Americans prefer a walkable community in their next housing purchase. That’s three times the demand for suburban housing after World War II. However, today only 12 percent of homes are on the 1 percent of land that is walkable. By unlocking this secular pool of demand we can put capital and labor back to work, rebuilding America on a more sustainable and equitable footing.

To tap into that demand, a consortium of institutional and impact investors would need to establish a series of four strategic sector impact funds that would use blended financing to pay investors a competitive return while ensuring taxpayers received a lower-than market interest rate for infrastructure improvements. These funds would invest in four sectors across the U.S. in need of low-rate, long-term financing: intra-city rail, residential mortgages, inter-city high-speed rail, and renewable smart grids.

By blending these lower-rate investments with higher-rate real estate investments along infrastructure corridors, cities will be able to afford the financing, while investors receive a competitive return as homeowners purchase or rent in these newly walkable and connected communities.

The initial source of capital can be from those institutional investors who have already designated some or all of their portfolio in sustainable or responsible investments. European pension funds, such as the Government Pension Fund of Norwegian and reinsurance companies, such as Swiss Re, are likely candidates, as well as the restructured Public Investment Fund of Saudi Arabia and cash-rich firms in the U.S., from Berkshire Hathaway to Apple. Any investor currently earning negative interest in European, Swiss, or Japanese bonds will see an opportunity for enhanced spread without taking on equivalent levels of risk.

There is plenty of opportunity. My colleagues at Long Haul Capital Group estimate there is $1.3 trillion in intra-city rail and mortgage financing alone. After this first generation of founding investors, these four funds have the potential to transform retirement security planning in the U.S. The long-duration assets at the core of these funds are well-aligned with retirement needs, and with their blend of assets, offer workers an attractive rate of return not correlated to the stock market. It is, in other words, now possible to improve retirement security without returning back to the expensive days of defined-benefit pensions.

Structured as B-Corps, these four funds would be able to adhere to a public purpose without requiring a government charter. By working in parallel the four funds could systematically invest in a new economic strategy defined by sustainable, long-term growth. This would reduce the risk to participating investors while effectively taking from Washington the responsibility to invest in the foundation of the economy, a responsibility that, over the last 25 years, both ends of Pennsylvania Avenue have failed to take seriously.

Globally, the widespread migration from countryside to city is creating the same demand opportunity. That means the same basic structure can be adapted to regions seeking investment in more than just extractive industries, for which there is plenty of bilateral and multilateral assistance. As long as nations are willing to deliver the rule of law and ensure their citizens have the right to title, own, lease, and transfer property, this same mechanism can help billions of people build a sustainable pathway into the 21st century.

At the end of the day, investors need to find ways to move capital into the foundation of a global economic transition, or the already-wounded 20th century economy will most assuredly collapse. We are already in the longest bull market in modern history, the product of extraordinary monetary intervention in the West, and extraordinary leverage everywhere. With historic threats darkening the horizon, it is only prudent to adapt—for what cannot be sustained will not be.

Mark Campanale Founder and Executive Chair of The Carbon Tracker Initiative
URL: https://www.brinknews.com/how-long-term-investors-can-step-into-the-breach/
Get ahead in a rapidly changing world. Sign up for our daily newsletter. Subscribe
​​