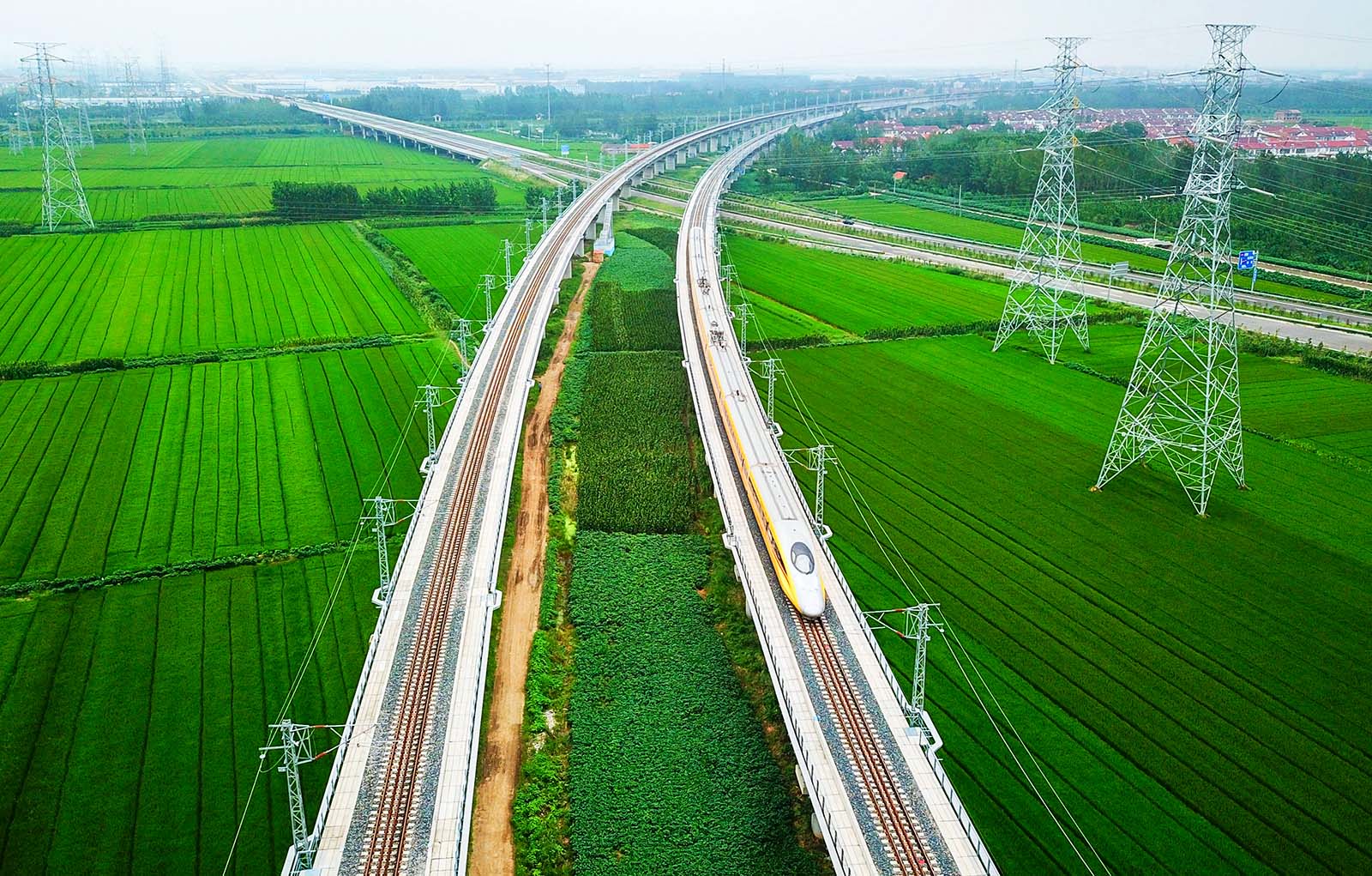 A newly launched bullet train undergoes a test run between Yancheng in Jiangsu province and Lianyungang in China. Southeast Asia is witnessing an infrastructure boom, through loans provided by Japan and China.

Southeast Asia is witnessing an infrastructure boom, with major projects approved in Vietnam, Thailand, the Philippines, Malaysia and Indonesia. In several cases, these have been facilitated through loans and other assistance provided by Japan and China.

However, despite this boom, there’s also a clear gap in spending. The 10 members of the Association of Southeast Asian Nations (ASEAN) require a collective $2.76 trillion in infrastructure spending between 2016 and 2030, according to the Asian Development Bank. That is about 5.7% of gross domestic product. Given that ASEAN states spend only about 2.3% of GDP on infrastructure, they are plainly falling far short of their needs.

Slowly, leaders in the region are waking up to the urgent need to spend.

The efforts of ASEAN nations to build and maintain basic infrastructure have often been supported by major overseas funders. Traditionally, loans and other assistance have come from Japan, but in recent years, China has stepped up its financing of large-scale projects in the Asia-Pacific region.

Japan Is the Biggest Financier

China, meanwhile, has poured $93 billion of its infrastructure investments in Southeast Asia, or 36% of the total, into Indonesia. The biggest Chinese project in the country is the $17.8 billion Kayan River hydropower plant on the island of Borneo.

But China’s involvement is growing fast.

The comparison of Japan and China’s investments in Southeast Asia in a single year only reflects part of the story. In fact, China’s infrastructure investments in ASEAN have grown rapidly over the past few years. From 2012 to 2017, the value of China’s ASEAN construction contracts doubled to $19 billion. China not only wants to win the infrastructure race with other competitors, especially Japan, but it also wants to dominate this game and alter the overall economic order in the region. In the recent preliminary bidding for the North-South Expressway in Vietnam, the majority of the 60 potential investors came from China.

ASEAN should take a comprehensive and coordinated approach to receiving China’s infrastructure investment.

For ASEAN countries, accepting Chinese financing is considered a relatively wise choice to boost economic development, as these investments are affordable, unconditional and include the necessary funding and resources to process such megaprojects. In accordance with China’s ambitious Belt and Road Initiative, Beijing has come to the aid of Laos by funding 70% of a $7 billion high-speed rail project, while its investments in Cambodia have helped sustain the country’s economic growth.

Concerns About a Debt Trap

Of course, there is no free lunch — such generous investments do not come without strings. Indeed, many of these investments are facing a lot of issues, including slow progress and low-quality management, and some critics argue the investments are a debt trap with unsustainable borrowing and unstable balance of payments.

Consequently, some countries such as Indonesia and Malaysia have grown cautious about BRI opportunities, and other concerns have put a damper on the excitement among ASEAN members. Indeed, China’s assertiveness in the South China Sea is a major challenge that prevents them from trusting China with large-scale projects that could affect their economies and political stability.

For Vietnam, one of the six countries with maritime jurisdiction claims in the area, its deep-rooted rivalry with China has made the idea of cooperating with China on large-scale projects a political taboo that has triggered public outcry.

Connective infrastructure can act as a tool for asserting power. Dominant powers may seek to reshape regional infrastructure to benefit their own interests. The Suez and Panama Canals are prominent examples of how major trade and transportation infrastructure served to project and bolster hegemonic power by Great Britain and the United States, respectively.

ASEAN’s hopes of fostering transportation connectivity with China in a way that would profit all sides with a “win-win” solution fail to consider China’s wider strategic view and self-interest. While China’s statements about BRI may align with ASEAN’s development and commercial aspirations, Beijing accords these infrastructure systems far greater strategic importance than do ASEAN nations. If Southeast Asian countries do not take this into account, the new infrastructure connections, which would tie each nation individually to China rather than link China with ASEAN as a whole, could ultimately pose a threat to regional connectivity, a key principle in the maintenance of the organization’s integrity, unity and security.

Despite the risks from China’s investments and its political calculations, China possesses the key resources for infrastructure development. It has amply demonstrated the depth of its pockets and its capacity to finance and execute deals around the world from Africa to the South Pacific to Latin America.

To cooperate with China and use these resources, ASEAN should take a comprehensive and coordinated approach to receiving China’s infrastructure investment. ASEAN members must have a joint vision of connectivity and a common standard for project approval, management, implementation and monitoring. Without these shared values and guidelines, the competition for limited infrastructure investments not only reduce the bargaining positions of Southeast Asian nations, but would likely trigger a “race to the bottom” in terms of project quality, undermining the fragile solidarity among ASEAN members and preventing collective efforts to restrain an assertive China and its ambitions in the region.

Truong-Minh Vu is a lecturer at the University of Social Sciences and Humanities, Vietnam National University, Ho Chi Minh City. He has also been a senior fellow of Indiana University’s O’Neill School of Public and Environmental Affairs since 2018. He is co-editor of Power Politics in Asia’s Contested Waters: Territorial Disputes in the South China Sea.

D. Brian Blank Assistant Professor of Finance at Mississippi State University Rodney Ramcharan Professor of Finance and Business Economics at the University of Southern California
URL: https://www.brinknews.com/as-asean-enters-an-infrastructure-boom-geopolitical-and-economic-risks-abound/
Get ahead in a rapidly changing world. Sign up for our daily newsletter. Subscribe
​​