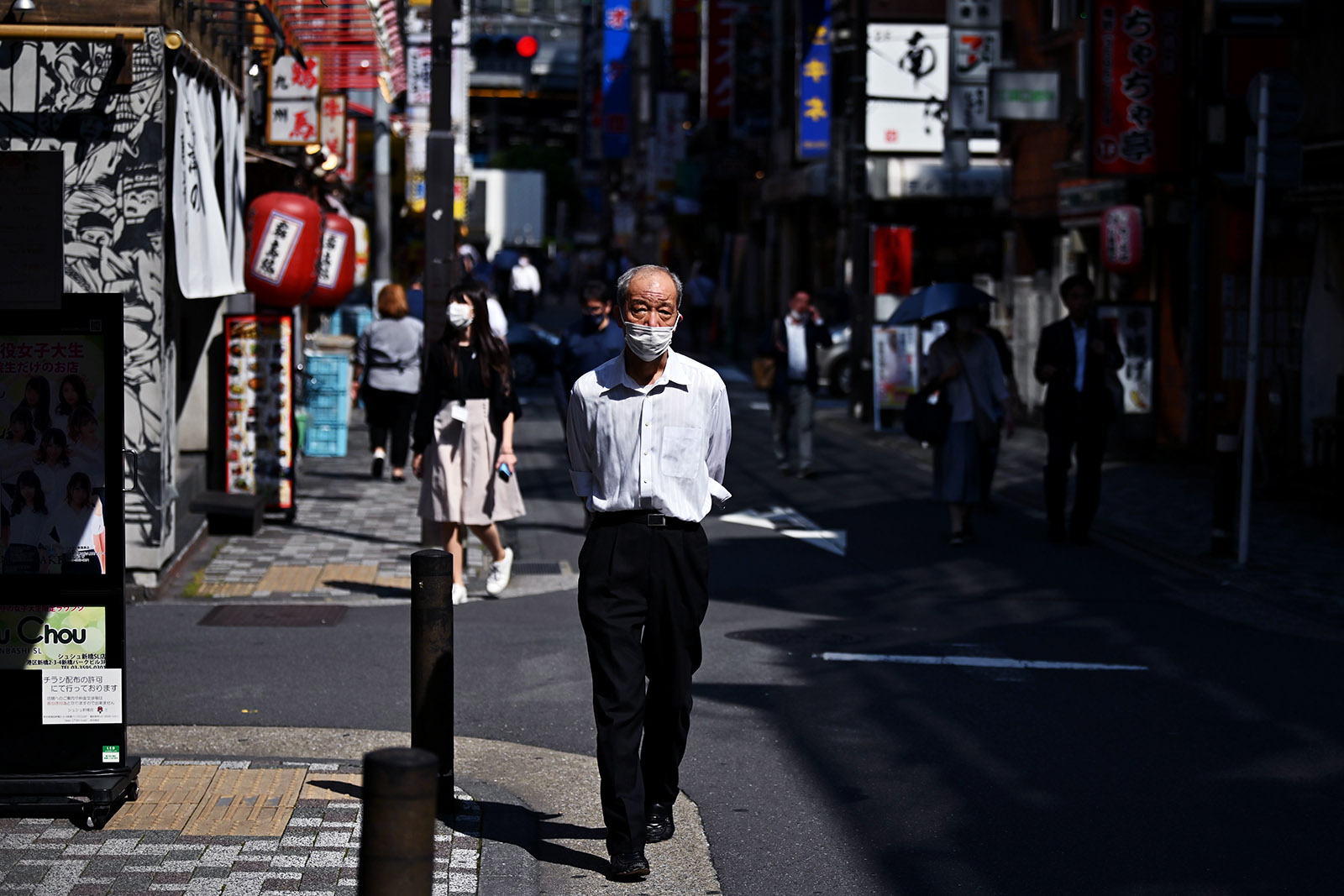 A pedestrian walks in a street in Tokyo. Without meaningful structural reforms in the labor market and deregulation, the Japanese economy could lose vibrancy as the population ages.

Many Asian economies will age more rapidly over the next several decades, including Hong Kong, Japan, Mainland China, Singapore, South Korea, Taiwan and Thailand. For all of these countries, the working-age population peaked in 2015 and will decline at an accelerating rate in the coming decades. By 2050, the proportion of elderly in their populations is expected to increase to 27% — from just 7% in 1995.

A Nataxis report recently explored the consequences of this important trend at the macro- and sectoral-level. It showed that a reduced labor supply creates a drag on growth. But this can be mitigated by higher labor participation, capital investment and policies that address productivity.

Nonetheless, this is a gravity-defying act.

With fewer workers and an increased elderly population requiring more savings to sustain spending in retirement, greater pressure on public finances is to be expected. As such, the more prepared an economy can be while still youthful, the more likely it is to age gracefully.

Assuming all else is equal, the goal of rapidly growing GDP per capita and the standard of living becomes more difficult with lower potential output. Some Asian economies, such as China and Thailand, will still be in the “middle income trap” when they rapidly age.

The analysis of external savings — GDP per capita and pension systems — shows that most Asian economies are not adequately prepared for aging. Thailand is in the worst position for aging unlike Singapore, Taiwan and South Korea, who are better prepared.

The Need for Structural Reform

Japan’s case shows that even when aging with a high income per capita, productivity tends to slow. As demand for health care increased, larger employment in the sector with lower productivity has reduced overall productivity. Furthermore, policies tend to favor the senior age group rather than the young age group, with larger expenditures in health care and pension than childcare and education.

In turn, this has been a political roadblock to improving fertility. Rapidly aging population has also offset the efforts to lift the potential growth rate through increasing labor participation.

Therefore, without meaningful structural reforms in the labor market and deregulation, the Japanese economy could lose vibrancy as the population ages.

China will also age rapidly in the coming decades: By 2050, 1-in-4 people in China will be elderly compared to 1-in-10 in 2020. Any reduction in the supply of available workers will push up wage costs and drag down growth since the economy will have fewer productive adults.

In China’s case, the deceleration of manufacturing productivity is more substantial than its decrease of output, which means that even as inputs — such as labor and capital — were growing, productivity was already weakening. Moving forward, population aging will further weigh on China’s potential labor input, and thus weaken its existing competitiveness.

The economic transformation towards more capital and skilled-labor intensive activities will help  buffer such a shock, but this needs a more efficient organization of factors to enhance labor productivity.

Another important consequence is the increased fiscal pressure. The immediate impact of the latter is likely to be limited, but over the longer term, the issue could become more concerning if the economy continues to decelerate.

Still, there is a silver lining to an aging Asia.

Japan is the pioneer in defying the gravity of aging on growth, with clear shifts towards health care on the demand side and robotics on the supply side. With a graying population, sales of pharmaceutical and medical equipment have grown, but the government has tamed the expense through price control.

Japan has also become one of the biggest producers and users of industrial robots. With fewer workers, e-commerce will be essential to reduce costs and increase productivity. Although a shrinking population may be challenging for finance, automobile and lifestyle, evolving consumer patterns will bring opportunities.

The costs on health care have stimulated the demand for pensions and investment services, meaning asset management is more relevant than ever before. Car sales will also be supported by the popularity of mini-cars and the preference of ongoing driving by the elderly. In terms of lifestyle, travelling is the top choice among all hobbies for the retirees.

However, insurance, communication and education could all face pressure, with the need to transform their business models and increase their reliance on overseas markets.

Japan has shown a clear path of an aging society, but its example is not the only outcome. Taiwan shows that capital intensive sector specialization and industrial policies can also mitigate the impact of aging on growth. The reasons behind its sprouting technology sector are the heavy R&D expenditure and supportive government policies.

As such, Taiwan has managed to keep its growth of total factor productivity afloat alongside an aging population. From a global perspective, ongoing input for robotics will be one of the key game changers in industrial production and services.