BRI: Time for the West To Engage 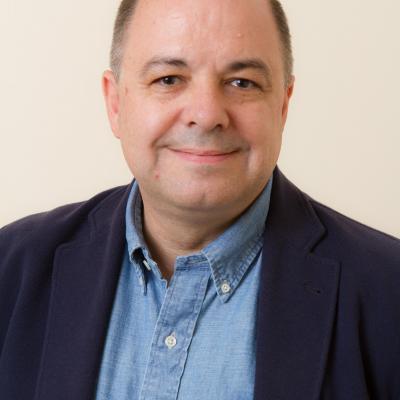 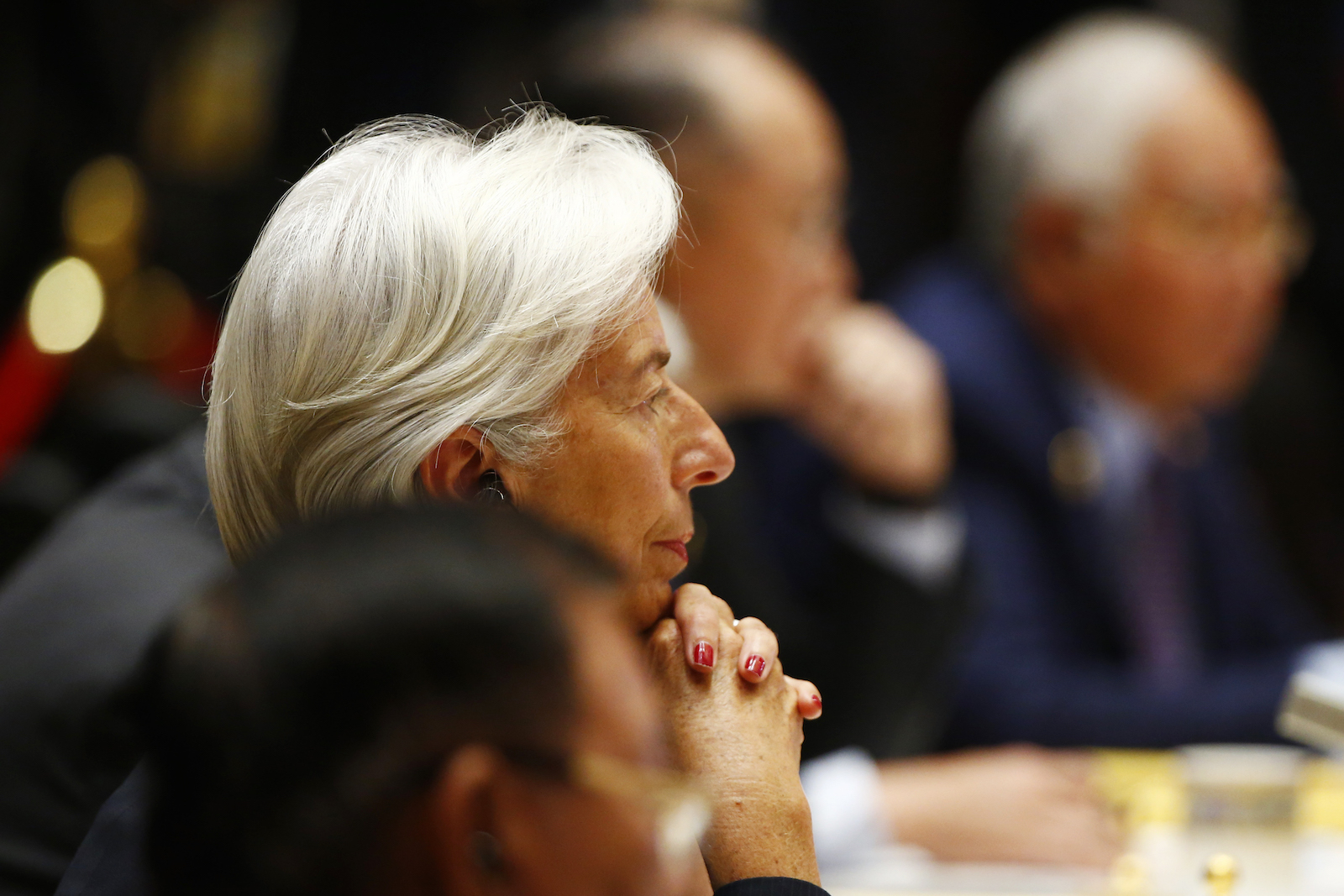 International Monetary Fund managing director Christine Lagarde attends a summit at the Belt and Road Forum in Beijing, China. Much more can be done by the West to shape the development of the BRI.

On the fifth anniversary of China’s Belt and Road Initiative, many in the U.S. and Europe are still grappling with how best to react. While the largest multinationals such as HSBC and Siemens pursue business by forming their own BRI teams, many others active in infrastructure investment remain unclear about whether and how to engage.

G-7 governments are mostly reluctant to offer full support to the BRI, citing concerns about standards, sustainability and potential security implications. Among them, only Italy is seeking to sign a memorandum of understanding with China by the end of the year. However, much more can be done by the West to shape the development of the BRI.

Views from the West

For the West, the very nature of the BRI makes engagement a challenge—the BRI is inherently amorphous and multifaceted. In Chinese terms, this is a strength. It is a design feature, not a bug. It accords well with the approach of the Chinese leadership in setting fuzzy aspirations and direction for economic development, while letting individual local governments and companies figure out the way to realize this locally. The lack of detail allows space for experimentation and avoids setting hard targets against which progress can be measured.

Outside of China, however, such ambiguity makes it more difficult for others to know where they can engage and on what terms—and, indeed, what they will be engaging with. Many complain about a lack of detail and contact information. Others fear that giving endorsement amounts to writing a blank check to support activities that potentially run counter to their principles and interests. These two different perspectives represent a fundamental divide between the West and China on how they conceptualize and implement efforts such as the BRI.

The large gap between the broader aspirations articulated for the BRI and the nature of the projects so far underway also makes the picture more confusing. Chinese leaders speak of the BRI as an opportunity for all, as an open, “sunshine initiative,” drawing on private finance and capabilities of foreign companies alongside Chinese state financing. This is an appealing proposition in a world buffeted by protectionist trade pressures and with unmet infrastructure needs. It complements China’s continued, gradual progress in reform and opening to foreign companies. It is, however, a long way from the nature of projects to date—where Chinese state bank lending predominates, linked to the use of Chinese state-owned enterprises, often with the deployment of mainly Chinese workers.

This ambiguity and difference leaves space for Western countries and companies to project their own best hopes and worst fears about China’s intentions from the BRI. Some overestimate the scale of the initiative and make overly optimistic assumptions about the role foreign companies can play. Others see contracts only for Chinese companies or emphasize potential security and defense implications over economic priorities, fearing a primarily security-driven initiative that threatens Western interests.

How Should the West Respond?

One strategy gaining ground is, in fact, competition rather than engagement. In response to China’s focus on infrastructure investment, others are increasing their own funding and focus, with Japan, the U.S. and the EU announcing new connectivity initiatives and funding. This brings increased resourcing and choice for recipient countries—and the resulting competition will no doubt work to the benefit of these countries. It does not, however, remove the benefits of more active engagement with the BRI itself. China is pursuing a parallel strategy of engaging with existing multilateral institutions and creating its own new ones, such as the Asian Infrastructure Investment Bank. The West should take a similar approach.

The opportunity is to take China at its word—to identify practical opportunities to work on together and create more sustainable and transparent BRI projects, with diversified funding and implementation.

The biggest stumbling block is standards. China acknowledges the benefits of improving standards, but takes a situational approach.

Many Western companies are already pursuing BRI-related contracts, selling equipment and helping Chinese enterprises expand into new countries. Leading Chinese lenders and state-owned enterprises already recognize the benefits that come from drawing on Western expertise in areas and countries that are unfamiliar to them. While positive, this is a natural part of doing business and, on its own, will not fundamentally shift the nature of BRI projects. That will take government focus and involvement as well.

Down the Road, East and West Need To Unite

The biggest stumbling block is standards: Western institutions place high value on internationally accepted standards of governance, environmental impact, anti-corruption, transparency and open procurement. China acknowledges the benefits of improving standards over time, but takes a more situational approach: It argues that pragmatic implementation is more important and that it abides by the standards of the countries in which it operates, even as it raises its own standards at home. In emerging markets, many government leaders prefer the new roads and bridges to be built now rather than focusing first on standards. China offers faster financing and faster construction. But this can also store up problems in badly executed projects and allegations of corruption.

Rather than battling to make project financing contingent on accepting either the Western or Chinese view of standards as a matter of principle, it is more effective to identify what brings the most sustainable benefits for the third-country recipient. Taken alone, the current model of Chinese financing and use of Chinese contractors is inherently self-limiting in size and can be risky—both for the borrower and the lender. Countries will be in a better position if they are able to bring together the best of Chinese pragmatism, execution and financing volumes with the expertise, access to financial markets and improved risk management that Western institutions can bring. This means a role for Western governments in helping recipient countries strengthen their own decision-making processes and improve transparency. It means a focus on anti-corruption measures, recognizing that this is consistent with China’s own anti-corruption efforts at home and overseas. Scandals in Malaysia and elsewhere make addressing this an even higher priority for all parties.

Co-financing structures are critical to shaping the terms of BRI projects. This additional financing can come mostly from global financial markets, rather than relying solely on G-7-led development financing being added to Chinese state lending. Chinese lenders are keen to seek co-financing in this way: It frees up capital on their balance sheet for further projects and so enables a larger scale of activity. It is also the route to improving transparency, compliance, governance and economic sustainability on these projects. There are already well-established standards that determine which projects are investable and with what credit rating. Chinese banks and state-owned enterprises are keen to get advice from Western companies on this.

The scale and amorphous nature of BRI make it hard to do any of this at the overall level. The way to make this feasible is by selecting individual projects and countries to work with, in partnership with the relevant country governments and China. This allows focus and experimentation, while reducing the impact of any failure. It could start, for example, by working together on a new model alongside China in one or two countries in Eastern Europe that have an eye on EU accession. Or, it could mean looking to countries in Africa and Asia with historical, colonial ties and continued positive relationships with G-7 members.

In any event, others are already pursuing this approach. Following pressures on the financing of the China-Pakistan Economic Corridor (CPEC), Pakistan has now invited Saudi Arabia into CPEC as a partner alongside China, with China’s explicit agreement. A similar invitation was reportedly extended to the U.S. but was not taken up. Where some choose not to act, the void is soon filled. It is time for Western governments to choose where they want to get involved and help create new realities on the ground for the BRI that are not driven by China alone.

Andrew’s research focuses on the impact of China’s Belt and Road Initiative, Chinese financial reform and innovation, and China’s broader engagement in international development and global governance. As a management consultant and public policy advisor, he has worked with Asian companies and governments on strategy, institution-building, economic development and governance.

Graham Pearce Partner, Global Defined Benefit Segment Leader at Mercer
URL: https://www.brinknews.com/bri-time-for-the-west-to-engage/
Get ahead in a rapidly changing world. Sign up for our daily newsletter. Subscribe
​​