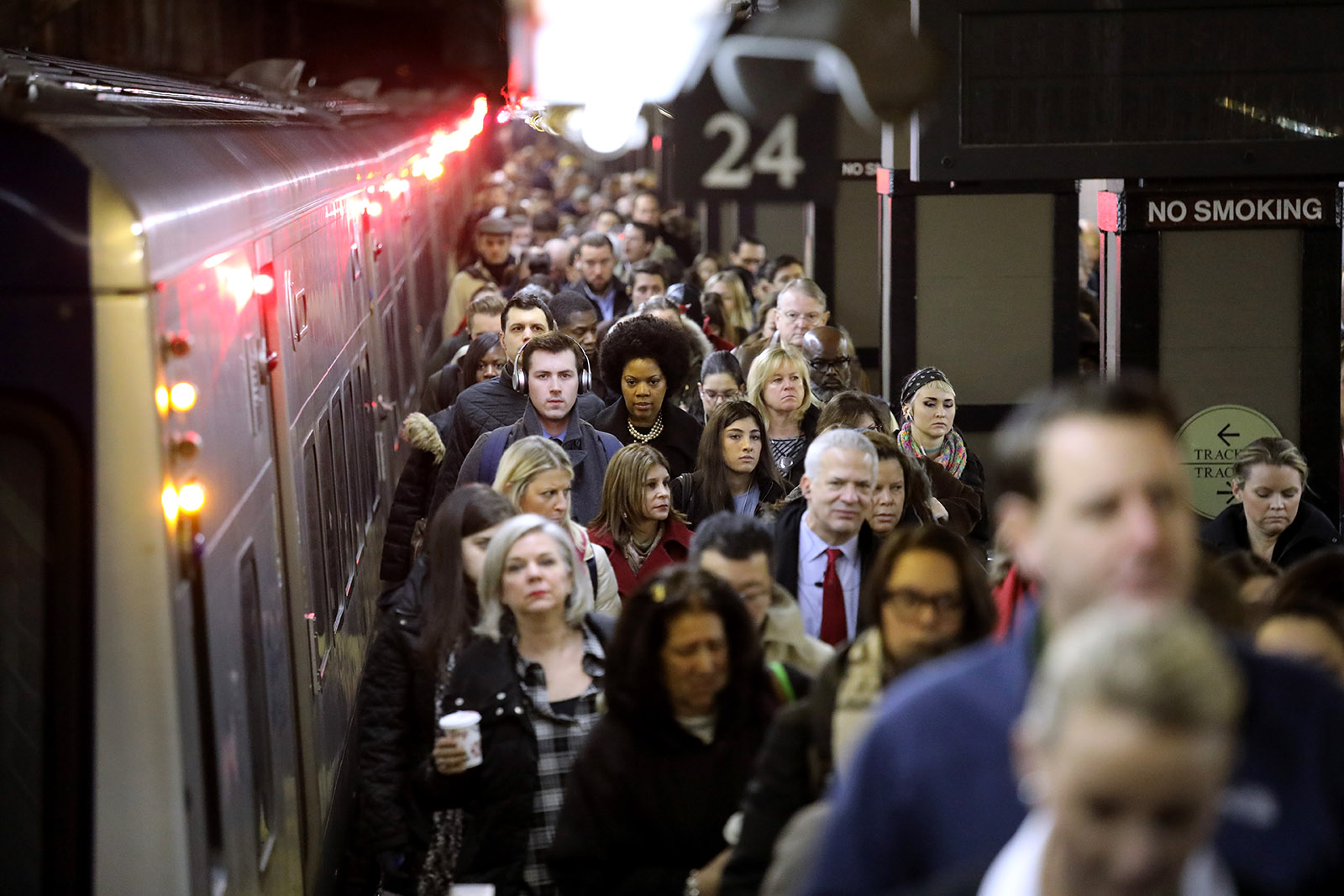 Business leaders must have a firm grasp of dynamic social trends and shifts that intersect with risk management. All too often, however, organizations fail to anticipate changes, and they are forced to take a reactive—instead of a proactive—stance.

Societal risk took many forms in 2017. Many nations faced the challenges of a “longevity boom,” as citizens grow older but increasingly lack a financial safety net. Modern globalized societies wrestled with the increasing implications of populism. The conversation about gender equity expanded because of #MeToo and other movements. And workers faced the looming threat of automation and AI.

Here are the five top stories about societal risk that captured the attention of BRINK readers in the past year.

Is It Time to Retire Retirement or Just Redefine It?

As poverty falls and wealth expands, life expectancy has increased, bringing with it implications for work-life trends. Still, a growing class of citizens may find itself in dire financial straits. The financial system simply hasn’t been developed to accommodate the growing population of older citizens.

It falls to leadership to help promote financial security in these aging-boom times, writes Julio Portalatin, president and CEO of Mercer.

Organizations face real risk to employee productivity and engagement as a result of this financial unpreparedness. For example, in the U.S., people spend about 150 hours a year on average worrying about money. In addition, the broad shift to defined-contribution retirement plans is putting greater pressure on employees to ensure they save enough.

In fact, one World Economic Forum study calculated that the gap between aggregate savings and expected annual retirement needs for eight of the largest nations is expected to expand to $400 trillion by 2050—from a comparatively paltry $70 trillion today.

This is the time that organizations need to stay fully involved with employee health care, professional development and financial security, writes Mr. Portalatin.

Are Robots ‘Stealing’ Productivity from Humans?

The good news: Automation is creating factory work for humans, not just destroying it. And working in today’s auto factory is safer and more engaging than ever. The bad news: The U.S. can’t find the right humans for all this new work.

In our interview with Ron Harbour, senior partner of Global Automotive Manufacturing at Oliver Wyman, Mr. Harbour outlines why he thinks blaming automation on a loss of jobs and productivity is “a simplistic answer.”

“The biggest transformation in factories in my 35 years hasn’t been automation—it’s been in the way we work,” says Mr. Harbour. “People have been more involved in the process. They’ve been given more authority and accountability to run the floor themselves. The supervisors become coaches and trainers and not firefighters.”

Living Quality in the World’s Cities: The Infrastructure Advantage

One of the key factors employers consider when assessing cities for future workforce location is city infrastructure. In 2017, Mercer introduced infrastructure as a separate factor for evaluation in its 19th annual Quality of Living Survey.

Easy access to transportation, reliable electricity, and drinkable water are all important considerations—and cities and urban planners, as well as employers and multinational organizations, are paying much closer attention to how particular cities stack up against the competition. Singapore, for example, tops the Quality of Living Survey’s city infrastructure ranking, followed by Frankfurt and Munich, both in 2nd place.

The success of foreign assignments is influenced by issues such as ease of travel and communication, sanitation standards, personal safety, and access to public services—in addition to such factors as the quality of educational systems for expatriates’ children and other cultural touchstones, writes Ilya Bonic, senior partner and president of Career Business for Mercer. Multinational companies rely on such information to help calculate fair and consistent expatriate compensation—a real challenge in locations with a compromised quality of living.

Is UK Fresh Food Rationing the Tip of the ‘Iceberg’?

When the World Economic Forum published its annual Global Risk Report for 2017, the highest-ranking item on its list of most likely risks is extreme weather—which could significantly impact people’s access to fresh food. In fact, in February of 2017, major supermarkets in the UK introduced rationing on certain fresh vegetables in response to cold weather in Spain, Italy, and Greece hampering food production, according to The Guardian.

In his piece, Nick Harrison, a partner and co-head of the European Retail Practice at Oliver Wyman, outlines how kale provides an interesting template for adapting to this kind of risk.

“A decade or more ago, kale (curly or otherwise) was an unpopular and underused vegetable, mostly used for animal fodder. But for years now it has now been a staple in juice diets, quiche recipes and is regularly praised by celebrities,” writes Mr. Harrison. “This reinvention of kale should be a template for supermarkets to drive the transformation for other historically unpopular but locally-grown, hardy vegetables with long growing seasons.”

Populism is Poison; Plural Cities are the Antidote

2017 saw the evolution and continued advancement of the populist tendencies that animated the tremendous upheavals of 2016.

“Global anxiety is feeding the growth of nationalist movements, emboldened by the drumbeat of populism,” write Misha Glenny, a writer and broadcaster, and Robert Muggah, the research director of the Igarapé Institute. “Anti-immigrant and anti-establishment parties are capitalizing on public disquiet, gaining footholds in political systems across the planet. But as alarming as all this sounds, there are opportunities to head off potential disaster.”

It’s a warning that is relevant as ever—but Mr. Glenny and Mr. Muggah offer a solution. Plural cities, which are “constructing a positive, inclusive and plural vision of the future,” can be the antidote to nativist fears stoked by populist leaders across the world. The development of these kinds of cities, then, must become a priority.

Alain Frachon Senior columnist for Le Monde
URL: https://www.brinknews.com/brinks-top-5-societal-risk-stories-of-2017/
Get ahead in a rapidly changing world. Sign up for our daily newsletter. Subscribe
​​