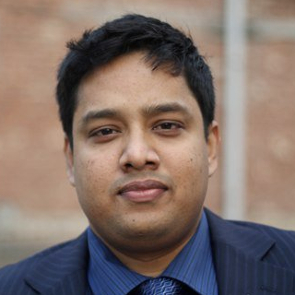 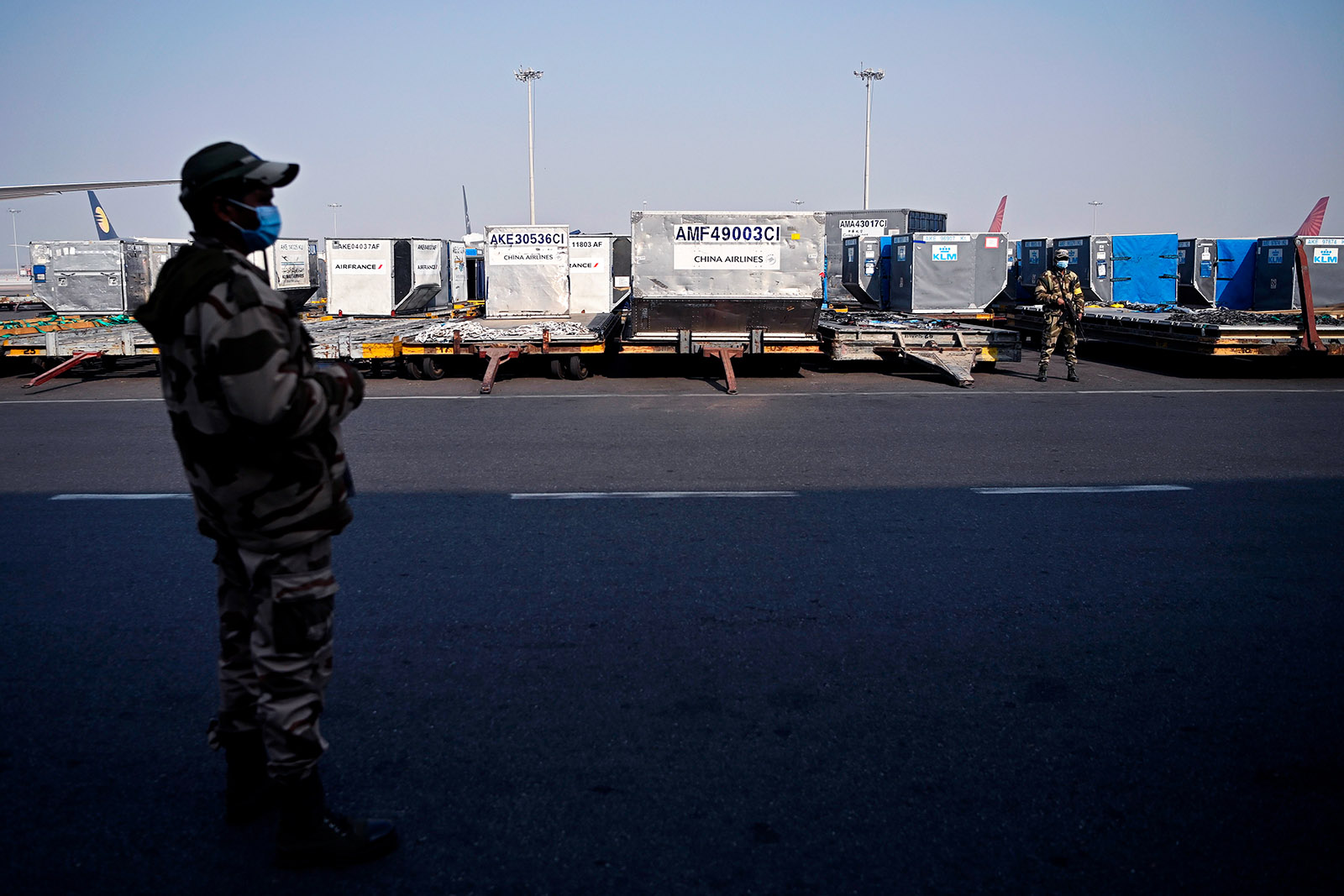 Security personnel stand guard in the Indira Gandhi International Airport, which will be used as a COVID-19 vaccine handling and distribution center in New Delhi on December 22, 2020. India’s COVID-19 problems have opened up fresh opportunities for China and Russia.

As India grapples with an apocalyptic COVID-19 crisis at home, the Modi government put a temporary halt on its “Vaccine Maitri” — the vaccine friendship program that ships millions of vaccine doses abroad.

India had set itself an ambition to become a regional and, indeed, a global superpower in vaccine distribution. India had already shipped some 60 million locally produced AstraZeneca vaccine doses to 76 countries under the World Health Organization’s COVAX mechanism through grant and commercial terms. With support from its Quadrilateral Security Dialogue partners, the country was set to produce a billion Indian-made doses by 2022.

The aim was to help people in need, but at the same time to boost India’s image abroad and increase its trustworthiness and influence. But this ambition has been stalled by the domestic crisis, at least for now.

This setback is broader than just for India. Democratic nations will also feel the consequences in efforts to counter China’s growing influence, particularly in South Asia. Allegations that the West is “hoarding vaccines” have already been damaging, but India’s problems have opened up fresh opportunities for China and Russia, who are also using vaccine distribution as a tool for diplomacy and increasing their influence.

The world entered the pandemic with a rising tide of authoritarianism around the globe. The pandemic offered a pretext and justification for more government control over the free flow of information and the suppression of critics who sought government accountability in handling the crisis. Russia and China offer an “effective” governance model in this regard.

China and Russia see a benefit in deepening ties and working collaboratively in the Indian Ocean region to deter the West. Although Russia and India share a legacy of friendship, it is not clear how such ties will fare against the backdrop of a contest for the Indo-Pacific. Vaccine politics will have an important effect on how democracies are perceived in South Asia.

While Western powers seek to delegitimize autocracies of Russia and China with appeals to higher moral ground — a system that ensures representative government, a free press and the protection of human rights — Russia and China aim to gain strategic advantage by capitalizing on missteps. India was supposed to supply Sri Lanka, Bangladesh and Nepal with more doses, as it had already done for Bhutan, but now it is unable to deliver on such promises. With India’s difficulty, China’s State Councilor and Foreign Minister Wang Yi met virtually with counterparts in South Asian nations and offered help to build an emergency vaccine supply reserve.

Bangladeshi officials recently approved emergency use of Chinese vaccines — given the rising rates of infection in the country — in the hope of averting a public-health crisis. This is a remarkable turnaround from last year, when China’s state media blamed pressure from India after a prospective Chinese vaccine trial in Bangladesh fell through.

The ripples go beyond Bangladesh to Sri Lanka, Pakistan, Nepal, Maldives and Afghanistan, who have each either approved Chinese vaccines for emergency use or given the tick to a mass roll-out. Russia’s COVID-19 vaccine, Sputnik V, is also being used in Pakistan, Sri Lanka, Bangladesh and Nepal.

Pakistan aside, China’s advances in other South Asian states at this time of public health crisis brings a strategic loss for India. Anti-Indian sentiment is already rife among large segments of the population in Nepal, Bangladesh and Sri Lanka — each for varied reasons, but commonly centered on a general perception that India adopts a condescending “big brother attitude” towards its smaller neighbors, provides support for one local party over another at the expense of democracy or adopts unequal trade measures.

A Friend in Need

India sees the issues differently, through the prism of its own interests. Nonetheless, India already carries baggage in the region different from that of China, despite its democratic credentials.

As this extraordinary public health crisis continues to put South Asian governments under pressure, they may see little option but to turn to China and Russia to save their citizens. Such moves will resonate with many people, including inside their security establishments — where critical views of India are plentiful.

China and Russia will be only too willing to exploit an opportunity to further weaken the claim of democracies to a superior system of governance and to allow people to believe, as the old saying goes, that “a friend in need is a friend indeed.”

This piece was originally published in The Interpreter.

Mubashar Hasan is a Sydney-based author and researcher currently affiliated with University of Western Sydney, Australia, and University of Oslo, Norway. His book Islam and Politics in Bangladesh: The followers of Ummah was published by Palgrave Macmillan in 2020. He is the lead editor of Radicalization in South Asia: Context, Trajectories and Implications, published by Sage in 2019.

David Dollar Senior Fellow of the John L. Thornton China Center at Brookings Institution
URL: https://www.brinknews.com/china-is-using-vaccines-to-extend-its-influence-in-asia/
Get ahead in a rapidly changing world. Sign up for our daily newsletter. Subscribe
​​