China’s Belt and Road Initiative: What it Means for Malaysia 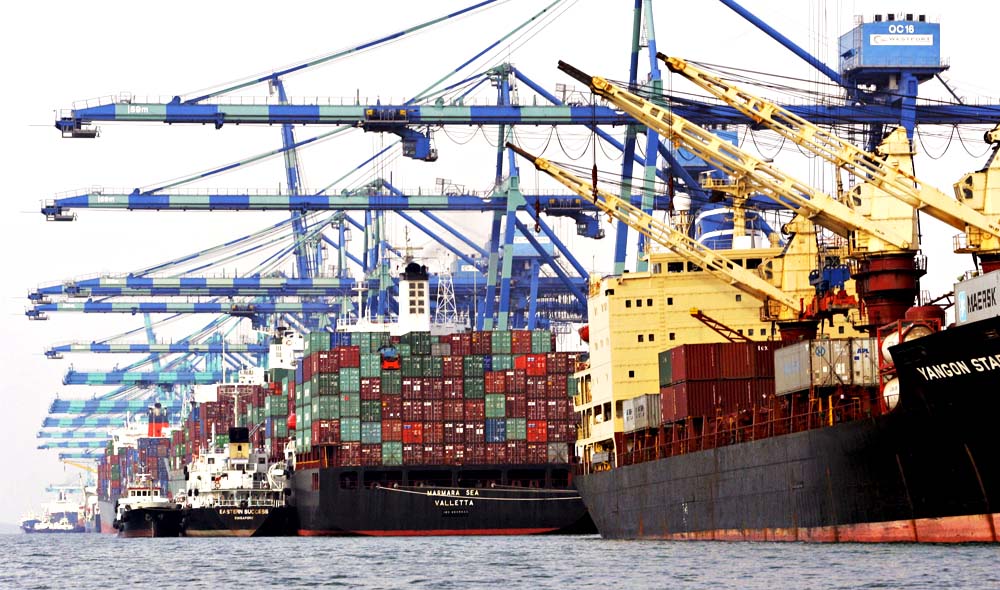 Container ships are lined up beside cranes along Westport near Port Klang, about 80 kilometers west of Kuala Lumpur.

Malaysia has been China’s largest trading partner in the ASEAN region since 2008, and it is its third biggest Asian trading partner after Japan and South Korea. Bilateral trade between the two countries, which grew at 4.4 percent in 2016, is expected to continue expanding.

These economic bonds will be further strengthened with Chinese president Xi Jinping’s efforts to enhance regional connectivity and maritime linkage through the Belt and Road Initiative. China’s activism on the world stage comes at a time when America appears to be pursuing a more isolationist approach under President Donald Trump, and this can lead to a new wave of cooperation between Malaysia and China.

The Belt and Road Initiative vision comprises two initiatives—the land-based Silk Road Economic Belt and the ocean-based Maritime Silk Road Initiative—and includes two routes stretching from China’s southeast ports and the South China Sea. One passes through the Indian Ocean and ends in Europe, while the other ends in the southern Pacific Ocean.

Both of these have ramifications for Malaysia and Malaysian businesses.

Malaysia is better placed than most of its ASEAN neighbors to embrace the opportunities created by the surge of infrastructure development and trade deals that come with increased Chinese overseas investment and participation in these areas. The overall infrastructure risk in Malaysia is among the lowest in the ASEAN region, just after Singapore. Moreover, Malaysia holds the Strait of Malacca, which can serve as China’s gateway to the ASEAN Economic Community.

Besides being strategically well-positioned geographically in the ASEAN region, Malaysia also benefits from a particularly strong transport and logistics infrastructure and ecosystem that draws businesses.

Owing to these factors, Malaysia stands to benefit from the Belt and Road Initiative.

Chinese interest in Malaysia is already being witnessed in the form of the recent spate of investments by established Chinese businesses. For example, Alibaba recently announced plans to set up a regional distribution hub in Malaysia.

Malaysian Response to the Belt and Road Initiative

Malaysia’s attitude toward the Belt and Road Initiative has been generally positive. Prime Minister Najib Razak agreed in principle to support China for the Maritime Silk Road at the Boao Forum for Asia 2015—the Maritime Silk Road will establish ties between Malaysia and China’s Guangdong Province in the country’s southeast.

Malaysia’s Transport Minister, Liow Tiong Lai, also indicated that Malaysia had looked into how it should prepare itself for developments relating to the Belt and Road Initiative, with the emphasis being on ports, railways and the aviation sector, and seaports in particular. “We already see this as an important initiative to benefit the world, and ASEAN in particular,” Lai said.

China has been seen as vulnerable when it comes to the protection of its trading routes in key geopolitical areas.

Moreover, the wider Southeast Asia is faced with a dearth of financing required for infrastructure development. ASEAN will require up to $110 billion in infrastructure investment each year through 2025 to fully address the region’s infrastructure needs—specifically power, transport, ICT, and water and sanitation. Malaysia is no different—its infrastructure spending is expected to grow by 9 percent a year until 2025, and the government is aiming to attract $118 billion of local and foreign private-sector-led investment by 2020.

The Belt and Road Initiative can play a major role in helping Malaysia procure this amount of investment.

Strategically located, Malaysia is no stranger to foreign direct investments in its seaports, some of which are among the busiest in the world. As early as 2000, Maersk-SeaLand had bought 30 percent of the Port of Tanjung Pelepas. More recently, in 2013, China’s Guangxi Beibu Gulf International Port Group bought a 40 percent stake in Malaysia’s Kuantan Port Consortium from construction group IJM Group for a total of $102 million.

Meanwhile, China, which some believe is pursuing a “String of Pearls” policy to contain the influence of the U.S. and India in the region, has already started participating in port projects in Sri Lanka—the Hambantota and Colombo Port City projects, for example—and the port in Gwadar in Pakistan.

One example of the multi-layered nature of these Chinese-led infrastructure projects is the Kribi Port project in Cameroon. The contract value for the first phase of the deep-water port was set at $568 million and the next phases of the project will continue to expand the port by building new shipping berths, with a capacity of over 100 million tons per year. There is other work underway to link the new port to major urban areas. It is said that the ultimate goal is to have an urbanization master plan designed to modernize Kribi’s roads and buildings.

China has been seen as vulnerable when it comes to the protection of its trading routes in key geopolitical areas, especially the Strait of Malacca. This anxiety is also known as the “Malacca Dilemma.” Since the Maritime Silk Road passes through the Strait of Malacca, it is not surprising that the expansion of an international shipping port in Malacca is being planned such that it meets international standards.

The chief minister of Malacca, Idris Haron, acknowledged the urgency with which the state needs to build a new seaport terminal, and has said there is a lack of related facilities in Malacca at the moment, where more than 300,000 ships pass every year. On the other side of the Strait, Chinese companies such as Tianjin Port and China Harbour Engineering have recently shown interest in financing the development of the Kuala Tanjung Port in Indonesia, situated close to the Strait of Malacca.

Malacca Gateway in the Southern part of Malaysia has been earmarked as a key port of call along the Belt and Road Initiative’s Maritime Silk Road. The strategic masterplan of Melaka Gateway’s development aligns with the principles of the Belt and Road Initiative as strategized by China—“improving road connectivity, promoting unimpeded trade, enhancing monetary circulation, accelerating policy communication and increasing understanding and people-to-people relations.”

The Maritime Silk Road is a plan of global proportions that is expected to impact 4.4 billion people across 65 countries, and is expected to boost annual trade volume between China and other Belt and Road Initiative countries to more than $2.5 trillion over the next decade. China insists that both the Maritime Silk Road and its investment in regional maritime infrastructure are just economically motivated.

Whether they are or not, Malaysia will still benefit from the vast opportunities that will come about from the Maritime Silk Road, and the expansion of the Malacca port will only mark the commencement of its participation in this new vision of the Belt and Road Initiative. This will also boost opportunities for Malaysian businesses that are ready to grasp opportunities emanating from the evolution of relations between the two countries.