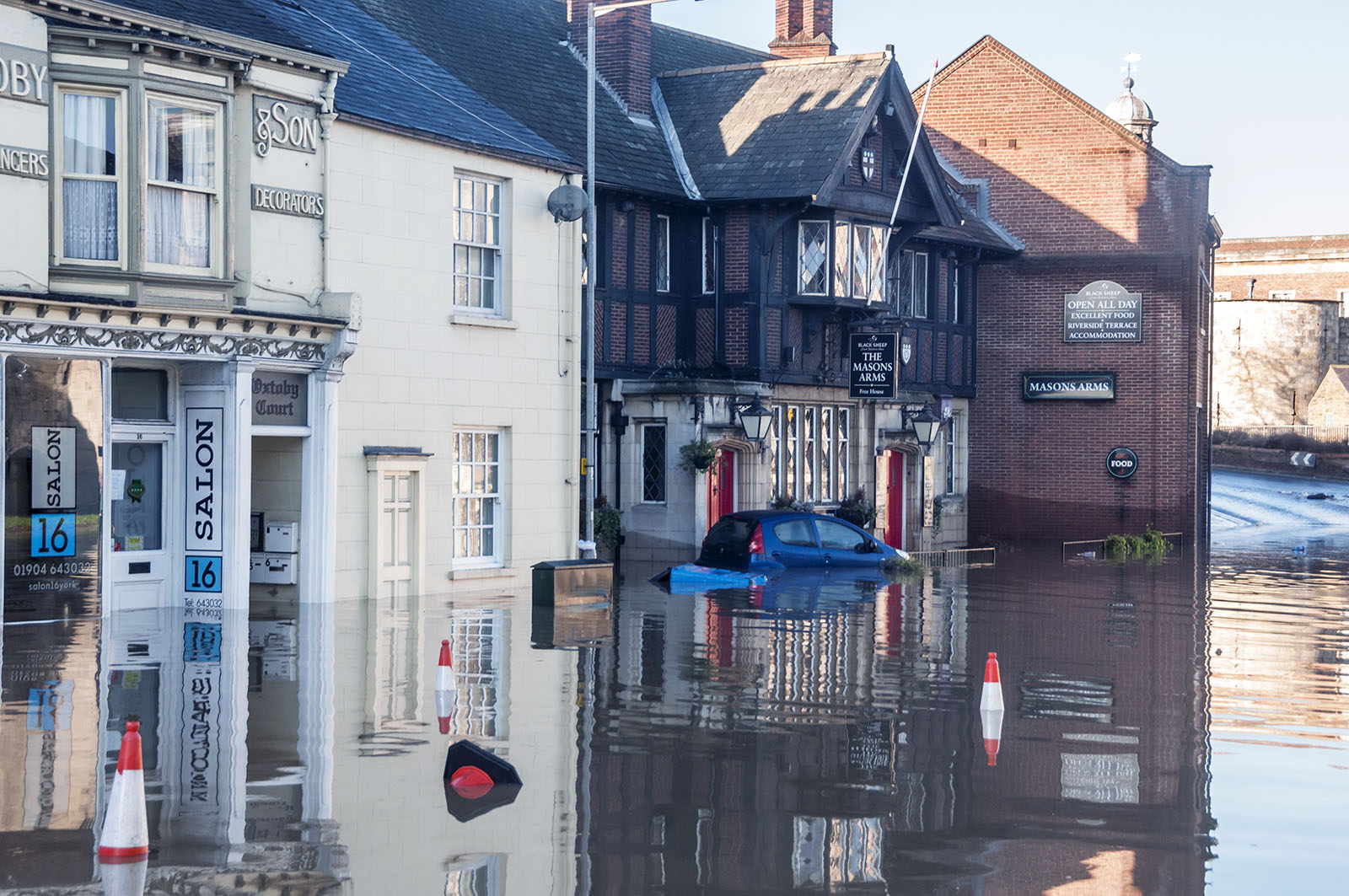 After a flood event, companies need to take into account both the short-term imperatives to get up and running quickly and the longer-term need to future-proof against a repeat event.

Consider two businesses in the U.K., both long subject to flooding, a risk that is only likely to increase as climate change progresses.

Company A, a well-known national retailer, sustained heavy flood damage over a number of winters. Its response each time was similar: File property insurance claims, undergo a somewhat contentious review with their insurer and, many months after flooding significantly slowed business, finish recovering back to the status quo.

Company B, a flood-exposed art gallery, was hit hard by floods in the winter of 2016, which caused its business to shut for six months while under repair. Financially, it took until 2018 to return to “normal.” The cost — both the lost revenue from being shut down for several months and of rebuilding — was daunting. Insurance payouts were slow. Then, there was the realization that this could easily happen every year, particularly in the reality of a changing climate.

Instead of simply focusing flood measures on holding back the water or relying on defenses to hold back the water, Company B invested in property-level resilience measures aimed at weathering what it saw as a heightened risk of annual floods.

When flooding hit again in late 2019, Company A was back where it had been before, filing claims and waiting for action. Company B? Within days, it was up and running, having deployed a resilient flood strategy and ultimately suffered minimal damage and disruption.

Investing in protection against repeat events over the longer term is just as important to consider as addressing the short-term imperatives for business operation.

That was the driving thought behind the February 2020 launch by the Property Flood Resilience (PFR) Roundtable of the UK Flood Resilience Code of Practice. Led by the UK Department for Environment, Food and Rural Affairs (DEFRA), it provides operational guidance to tackle flooding head-on.

The advice goes beyond insuring flood risk and outlines how organizations can best make physical changes to their properties to increase their resilience both before and after flooding occurs. The goal is to minimize their likelihood of making claims and to reduce the “return-to-normal” time frame from months, or sometimes years, to just days after an event. This better fits the reality that many of us will have to live with water in the coming years. However, when keeping water out is too dangerous for the structure of a building, letting it in must be thought through.

A key to flood resilience — and disaster resilience more broadly — is to make it an integral part of overall strategy.

The U.K. government created the PFR Roundtable in 2015 as part of its response to the devastating floods over the winter of 2013-2014, when flood damage in England and Wales reached an estimated 1 billion pounds to 1.5 billion pounds ($1.3 billion to $1.9 billion). While this was the wettest winter on record in the U.K., flooding has long been an annual worry across the U.K.

As a founding member of the PFR Roundtable, Marsh helped to write the code. The underlying principle is straightforward and especially relevant given climate change: Flood resilience must combine resistance — measures that hold back water — with recoverability, the ability to recover quickly. Although it is built on tried and tested ideas, the code is the first systematic approach to flood resilience to be produced between government, insurers and property risk practitioners. Its lessons would work equally well in any country; doubtless similar codes will surface as we all face the realities of climate change.

Flood resilience is a sound investment for any business and can be applied across a building’s build-operate-refit lifecycle. For new construction, it means designing with resilience in mind; for existing properties, it means updating on a routine basis, with one eye on resilience; and, following an event, it means restoring a property with resilient elements replacing non-resilient ones.

The actual steps involved are not complex, and the end result can help meet the goal of speeding recovery time, reducing damage and helping to reduce flood insurance costs.

In our example, Company B invested in waterproof rendering for the walls and a ceramic waterproof floor in place of wood. They raised electrical sockets up higher and fitted waterproof air bricks. Other companies have invested in temporary flood barriers, the height determined by flood probability data, or under-floor pumps. In all cases, having a flood emergency response plan is the most important investment a company can make in resilience.

Some companies also benefit from parametric flood sensors. Parametric flood insurance aims to provide a payout within 24 hours under defined and agreed upon conditions that may cover buildings and/or contents damage. Rather than by an assessment of loss after the event, the coverage instead triggers if floodwaters rise to a certain height at a designated measuring station, in this case the onsite sensor. When the sensor is triggered, funds are quickly released, helping to expedite urgent repairs and supporting cash flow. Parametric insurance can work as a standalone policy, but is often purchased in conjunction with other insurance to protect against large deductibles.

A key to flood resilience — and disaster resilience more broadly — is to make it an integral part of overall strategy. Responding to individual events as “one-offs” is, generally, not cost-efficient. Nor is relying exclusively on civil flood defenses to protect properties. The onus is firmly on the business — and will be so even more in coming years — as more properties face heightened flood risk due to climate change and insurers react by raising premiums and imposing stricter coverage terms.

Even if a business has not changed its physical property, simply having a plan to respond to flooding can make a material difference to its outcomes and, potentially, to the insurer’s view of the risks. This can be as basic as using weather warnings to trigger movement of vehicles and stock off site or of sensitive equipment to higher floors, but it still requires the business to know what to do and when to act to mitigate damage. More advanced approaches involve using drones and other visual intelligence analysis to provide granular data that, in turn, point to areas that will be most affected, informing resilience strategies and expanding the window in which to respond.

With the ongoing COVID-19 pandemic, 2020 is proving an unprecedented year for virtually all businesses. The pandemic is causing many organizations to make tough decisions around risks that seemed to be only remote possibilities just a few months ago. Unfortunately, climate change risks will not cease to mount while we deal with the pandemic. Businesses need to start looking to their flood resilience before the storm clouds gather, not after.

Navigating the Transition to a Low-Carbon, Resilient Future 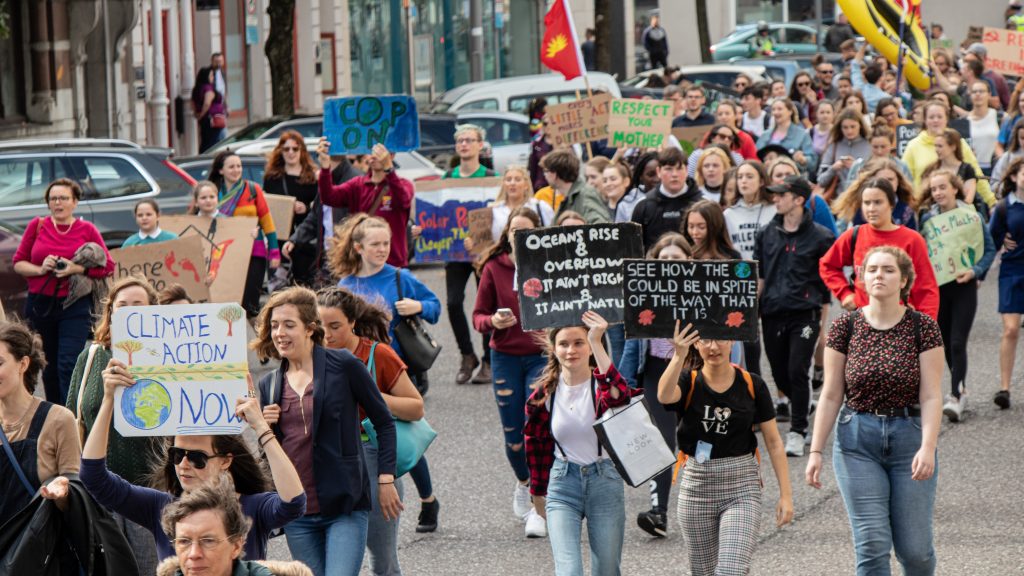 Could Your Company Get Sued Over Climate Change?

Daniel Kaniewski Managing Director, Public Sector at Marsh McLennan Advantage
URL: https://www.brinknews.com/climate-change-is-now-driving-flood-resilience-investments-insurance-covid-risk-resilience-business-continuity/
Get ahead in a rapidly changing world. Sign up for our daily newsletter. Subscribe