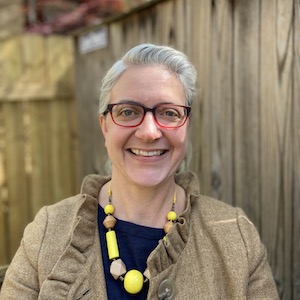 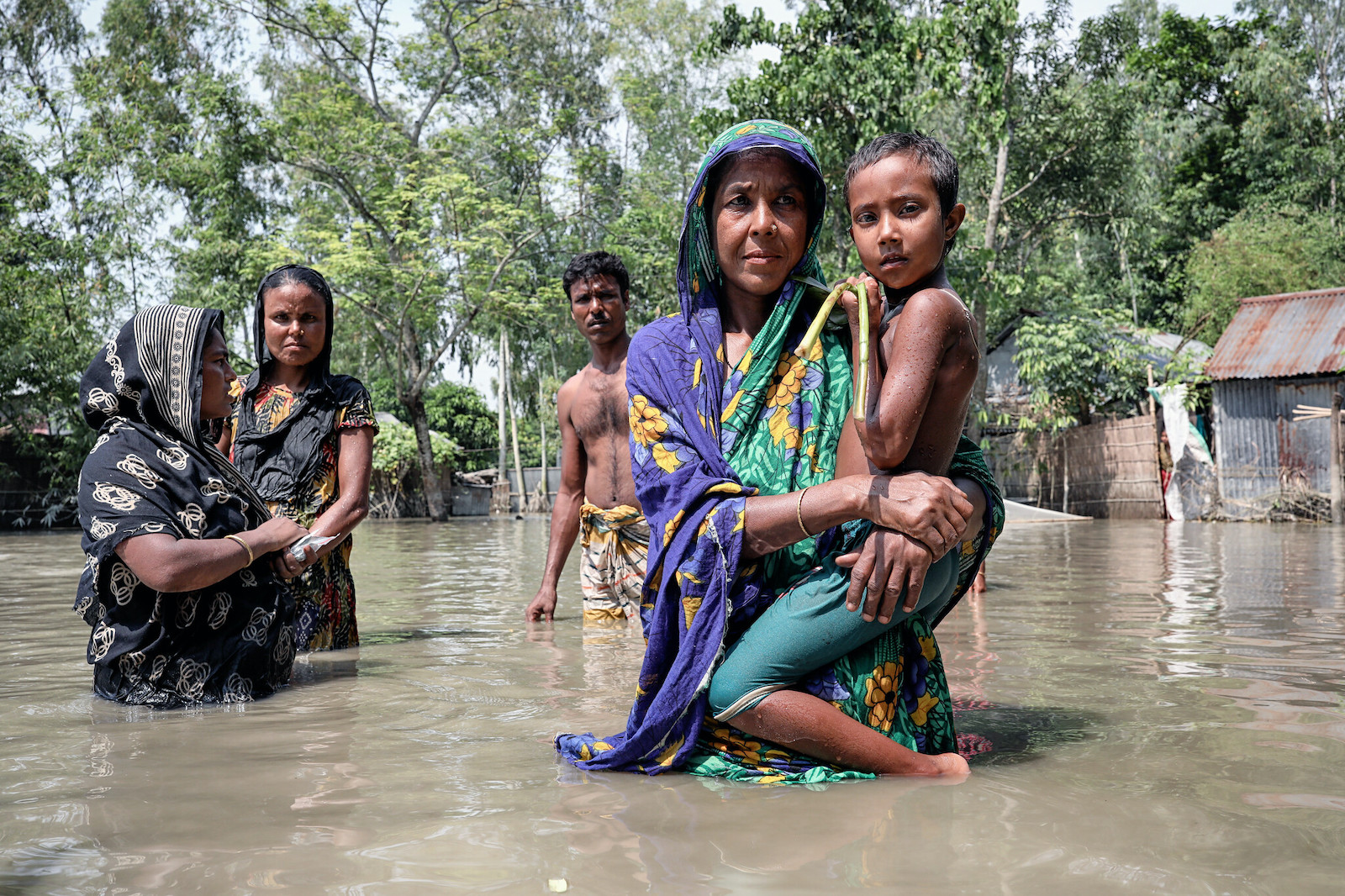 Residents of Islampur, Jamalpur in Bangladesh are affected by the loss of their house due to flooding.

According to numerous estimates, 150 million people are likely to be displaced because of climate change in this decade. Having millions of people on the move is likely to place stress on already weak government institutions in the developing world, as well as create political and security flashpoints in the West.

Erin Sikorsky is the director of The Center for Climate & Security, an independent think tank based in Washington, D.C.

SIKORSKY: There are three primary ways in which climate migration can affect security and geopolitical interests. The first is an increasing risk of political instability within key countries and regions, as populations move from rural areas to more urban areas. Most climate migration is actually expected to initially take place within countries. This can strain governance, particularly in countries that are already stressed from other issues.

A second way that climate migration can increase security concerns is through the potential to empower extremist or criminal groups, at the expense of legitimate state actors. When the government can’t step in, then others do so at times and try to take advantage of it.

The third way is by amplifying tensions between states, leading to reactionary responses from governments that are unprepared to manage larger numbers of migrants. For an example, you might look at what happened late last year in Belarus, when the government there tried to weaponize migration across the border into the EU and Poland.

That wasn’t climate related per se. But as the number of migrants increase around the world, we can see the potential for bad actors to try to take advantage of that for their own political ends in such a way that is destabilizing across borders.

BRINK: What sort of scale are we looking at when we think of climate migration as opposed to other forms of migration?

SIKORSKY: There are two pathways, really, as to how climate change pushes people to move. The first pathway is when you have acute shocks. This is usually things like typhoons, hurricanes, floods. Big storms, where people have to leave quickly, and then they’ll often come back.

The second pathway is via slow-onset stressors. These are things like degradation of farmland over time, the salinization of freshwater basins, or even unlivable temperatures. In some parts of the world, what’s called the wet bulb temperature is going to get so high that it will be unlivable for humans.

The World Bank recently issued a major report called Groundswell in which it estimates that 216 million people around the world could be forced to migrate just within their own countries, due to climate change by 2050. That, of course, is contingent on how warm the planet gets, how much we do to actually curb emissions and how much we do to prepare communities to adapt and build resilience so folks don’t have to move quite as much.

Climate Is Now Bigger Than Conflict As a Driver of Migration

When you look at data from the U.N. over the past decade, it shows that weather-related crises have triggered more than twice as much displacement around the world as conflict and violence. Climate-related issues are now a bigger driver of the movement of people than conflict and violence. Since 2010, extreme weather has forced around 21.5 million people a year to move, on average.

The key thing to remember is that, it’s not usually just climate change alone that’s driving people to migrate. It’s often climate change that compounds other risks. There’s other security risks or economic challenges in these countries. And when you add those climate shocks on top, it provides that extra push for even more people to move or move more quickly.

BRINK: Where do you see the most critical flash points coming in the next three to five years?

SIKORSKY: There are three areas I’m most concerned about, one is South Asia, just given the combination of what we expect in terms of climate shocks, due to increased storms and increased flooding and the tensions that already exist between countries in the region.

You’ve already seen that in Bangladesh and India, where the Indian government pushed back quite hard against Bangladeshi migrants trying to cross the border.

I worry about Central America and the United States and the reactionary politics here in the States in response to those migrants. And then I worry about the North Africa, Middle East corridor and moving up to Europe.

BRINK: Are we seeing any serious action, in your view, at an intergovernmental level, to try to deal with this?

SIKORSKY: Since the Biden administration took office last January, they have put climate change at the center of their foreign policy. We have seen them talk about climate migration in particular, quite a bit.

There are some efforts between and among countries on the international stage to try to think through what kind of systems do we need to manage this so that it’s not irregular migration? Can the international community set up some rules of the road and get ahead of it? President Joe Biden issued an executive order on migration that included a focus on the impact of climate change on migration to look at: What are the drivers of climate migration and what can we do about it? That report came out in October.

The one benefit we have with climate change and understanding where climate change is going is our predictive capabilities are quite strong. So, we can draw a pretty accurate picture of, say, in the next five to 10 years, if temperatures warm to X level, what that means in terms of sea level rise and increased storms and all of that.

You can use that information, then, to inform decision-making and get ahead of potential migration challenges and make a plan. A lot of it, I would argue, comes down to governance issues in these states themselves, so that they can better manage the challenge.

The Rise of Stateless Populations

BRINK: So are we going to end up facing a large number of stateless people, who no longer belong in any country?

SIKORSKY: Some of our definitions of citizenship, we’re going to have to take a hard look at. Because I mean, what does it mean for, say, the Pacific Island states, which may disappear due to sea level rise? Where do those people go, and how do they get new citizenship? How is that arranged?

I do think you’ll have challenges with people in refugee camps or displacement. Displaced people living in camps that are set to be temporary, but really become permanent.

So, a lot of the ways we’ve done business in the past and the institutions and rules we’ve used to manage the international system just aren’t going to match the challenges we’re facing down the road.

BRINK: What are the implications for businesses that are trying to get their heads around this?

SIKORSKY: It’s important for companies to go in with their eyes open and understand the political instability risk that migration within states can pose.

Thinking through what their roles are, in terms of potentially trying to help mitigate it a bit and get ahead of it. And as I said, leveraging these predictive capabilities that I talked about to integrate into strategic planning, so that they’re prepared for the numbers of people that might be moving.

In their engagements, I would argue, with governments, wanting to have some level of stability and understanding of what’s coming down the pike, that’s important to companies, private companies. They can make that case to governments as well, to get ahead of the challenge as much as possible.

Carolina Klint Risk Management Leader, Continental Europe at Marsh
URL: https://www.brinknews.com/climate-migration-is-now-a-major-geopolitical-risk/
Get ahead in a rapidly changing world. Sign up for our daily newsletter. Subscribe
​​