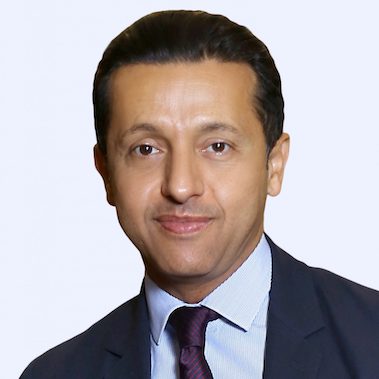 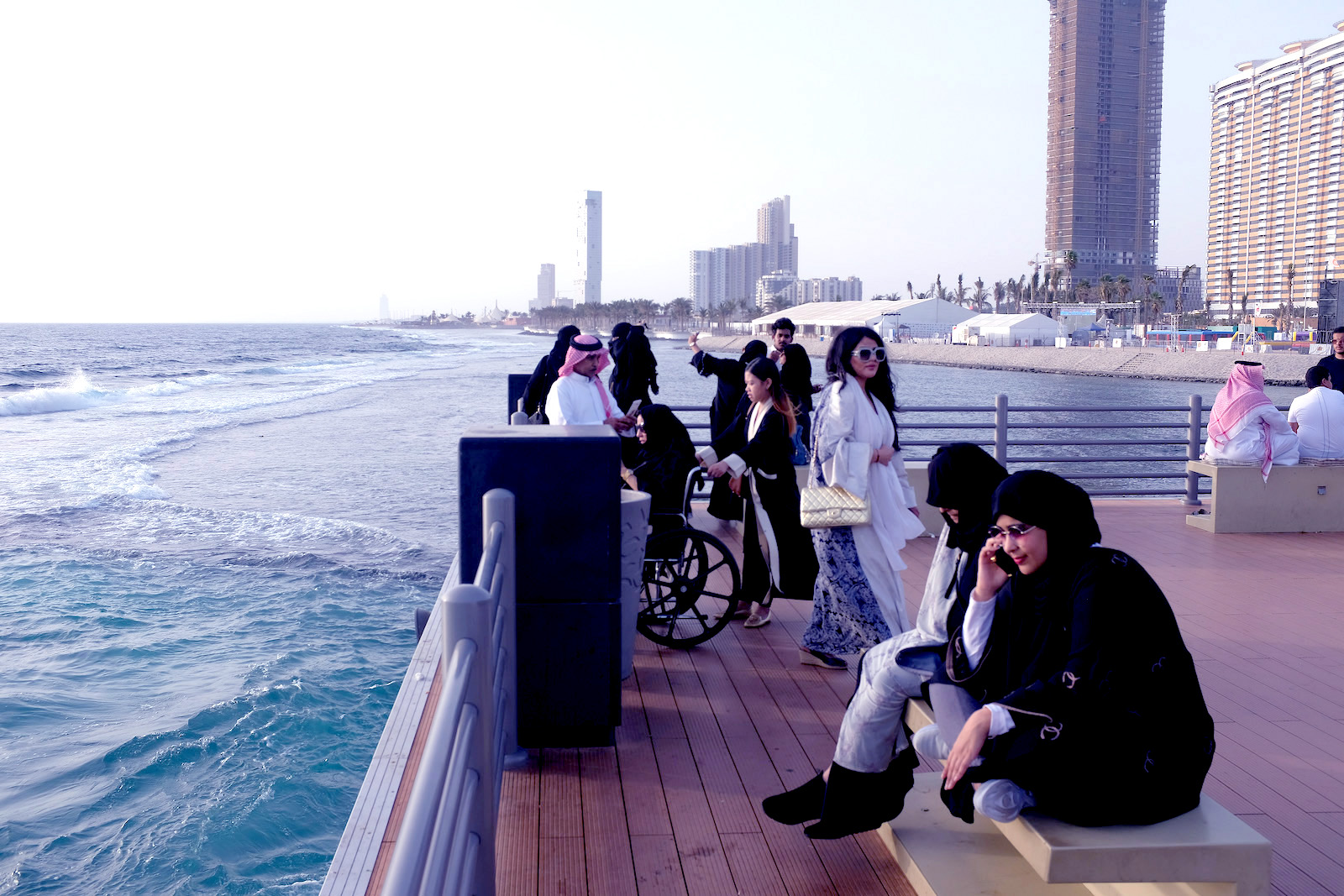 Saudi men and women relax on a fishing pier on the Corniche waterfront. Saudi Arabia feels much more stable today than it did five or six years ago.

A major demographic shift is underway across the Gulf region, particularly Saudi Arabia. Sixty percent of the Gulf’s population is now under the age of 30, and countries are having to overhaul their economies in order to create the jobs and opportunities that are needed.

BRINK spoke to Amjad Ahmad, director and resident senior fellow, empowerME Initiative, at the Atlantic Council’s Rafik Hariri Center for the Middle East about how Saudi Arabia, the biggest country in the region, is handling this transformation.

AHMAD: Traditionally, these have been very oil-dominated economies. As oil prices started to decline in recent years, you saw a lot of pressure on governments to diversify the revenue base of their economies.

At the same time, you have a large young population now reaching working age, and as the Arab Spring demonstrated, if the youth feel they don’t have hope or opportunities, the country’s stability is at risk.

We’re talking about an educated yet underutilized population, because unemployment is still high at over 11%. There was significant discontent expressed online a few years ago, but popular sentiment is changing in Saudi Arabia, as the government has started to liberalize not only its economy but society, and this has helped address some of the youth’s frustrations.

The recent Arab Youth Survey shows that more Saudi youth have confidence in the future of the country than before. Many of them are starting to look outside the government to the private sector for employment, so I would say the needle has shifted.

We’re by no means there yet, but there is positive momentum toward opening up the economy and allowing job creation to take place.

BRINK: Which parts of the private sector in Saudi Arabia have seen the most expansion?

AHMAD: The consumer-focused sectors opened up first, like retail, food and beverage, entertainment and hospitality. Today you have 34 movie theaters operating in 12 cities and more being built. This is a dramatic change since movie theaters weren’t allowed a few years ago in Saudi Arabia. Concerts and restaurants are also coming in from all over the world.

Technology has been another bright area, and investment in entrepreneurship is picking up. I suspect going forward we will see an exponential increase in funding to technology startups and innovation. The digitization of the economy is a key pillar of growth for the government.

A lot of technology companies are being created, whether in e-commerce, fintech, food delivery, transportation or business services. We’re not at a stage where it’s cutting-edge innovation yet; it’s the low-hanging fruit of an economy that’s digitizing.

The Need for Foreign Direct Investment

BRINK: Do you think Saudi Arabia will be successful in shifting away from its oil dependency as a result?

AHMAD: For decades, Saudi Arabia was a protected economy. It was very difficult to start a company unless you had the means, the resources, the government relationships etc., but all of those barriers are coming down, attracting private sector participants.

Unlike the UAE economy that might have to rely on its neighbors to scale, Saudi Arabia is a big economy in its own right. And if it accelerates its economic diversification and growth, it will have positive repercussions on the entire region. It’s going to take a lot of investment, so rather than having the government shoulder that investment, it needs to attract FDI, because without that, it’s going to be very challenging for the government to do so on its own. And to drive sustainable FDI, you need a liberal economy with predictable laws and regulations and a vibrant private sector.

BRINK: What are the areas of opportunity for foreign companies to build businesses in Saudi Arabia? Or is this going to be a Saudi-first sort of approach?

AHMAD: Infrastructure is an underdeveloped area in Saudi Arabia where the government is putting a lot of focus. It’s building a metro, for example, to enable people to get around in Riyadh and other cities. So, yes, there’s ample room for international players. Companies like Pepsi, UPS, ExxonMobile, Pfizer, and P&G, to name a few, have been operating in Saudi Arabia for decades and are now more optimistic about the future given the recent economic transformation.

But what’s clear is, whether you’re a local company or an international company, you have to have a Saudi component, which means Saudi employees.

I think it has learned the lesson that, as big as its economy is, people are just not going to move to Saudi Arabia if it lacks entertainment options and the social environment is too restrictive.

More Women in the Workplace

The government wants to see Saudis being employed. It doesn’t want a majority of employees to be foreigners, which is understandable when you think about the country’s demographics and the need for job creation. The key to success will be matching skills to the private sector’s requirements.

Education in Saudi Arabia must be revamped to better prepare citizens for the job market. Another positive step to improving the talent pipeline is increasing economic opportunities for women. We are witnessing significant changes with more Saudi women working while others are choosing entrepreneurship.

BRINK: And what about the political impact of all this? Is it likely to result in political liberalization?

AHMAD: Saudi Arabia feels much more stable today than it did five or six years ago. When you talk to the young people today, they like the agenda, they can see that the country is transforming and liberalizing, and they feel like these changes are to their benefit. I would say, today, Saudi Arabia is in a better position vis-a-vis its young population than it was a few years ago.

Will you see a complete liberalization of the government? I highly doubt it. The way they’re choosing to liberalize is giving citizens the room economically and socially to participate and to prosper, but not politically.

Focus on Quality of Life

One thing that is interesting is the shift to making Saudi Arabia a place with a high quality of life because they want to attract talent, and they realize that you can’t do so just by being the largest economy.

People have to want to live there and to be happy living there. And that applies to the locals, too. They want their citizens to spend their money within Saudi Arabia rather than spending it in the UAE and other places.

This quality of life issue, which was really not on the table before, has changed the dynamic and will make Saudi Arabia more appealing for corporations — especially foreign corporations — to operate.

I think it has learned the lesson that, as big as its economy is, people are just not going to move to Saudi Arabia if it lacks entertainment options and the social environment is too restrictive. In the long run, the social-cultural opening up we are seeing will make its economy more vibrant.

Director and Resident Senior Fellow at the Atlantic Council

Amjad Ahmad leads the Atlantic Council’s empowerME Initiative, which focuses on shaping solutions and policies to empower entrepreneurs, women and the private sector in the Middle East. He has established two investment firms in the region that provided over $1 billion in funding in sectors ranging from technology and education to health care and finance.