Does Carbon Labeling of Food Work? 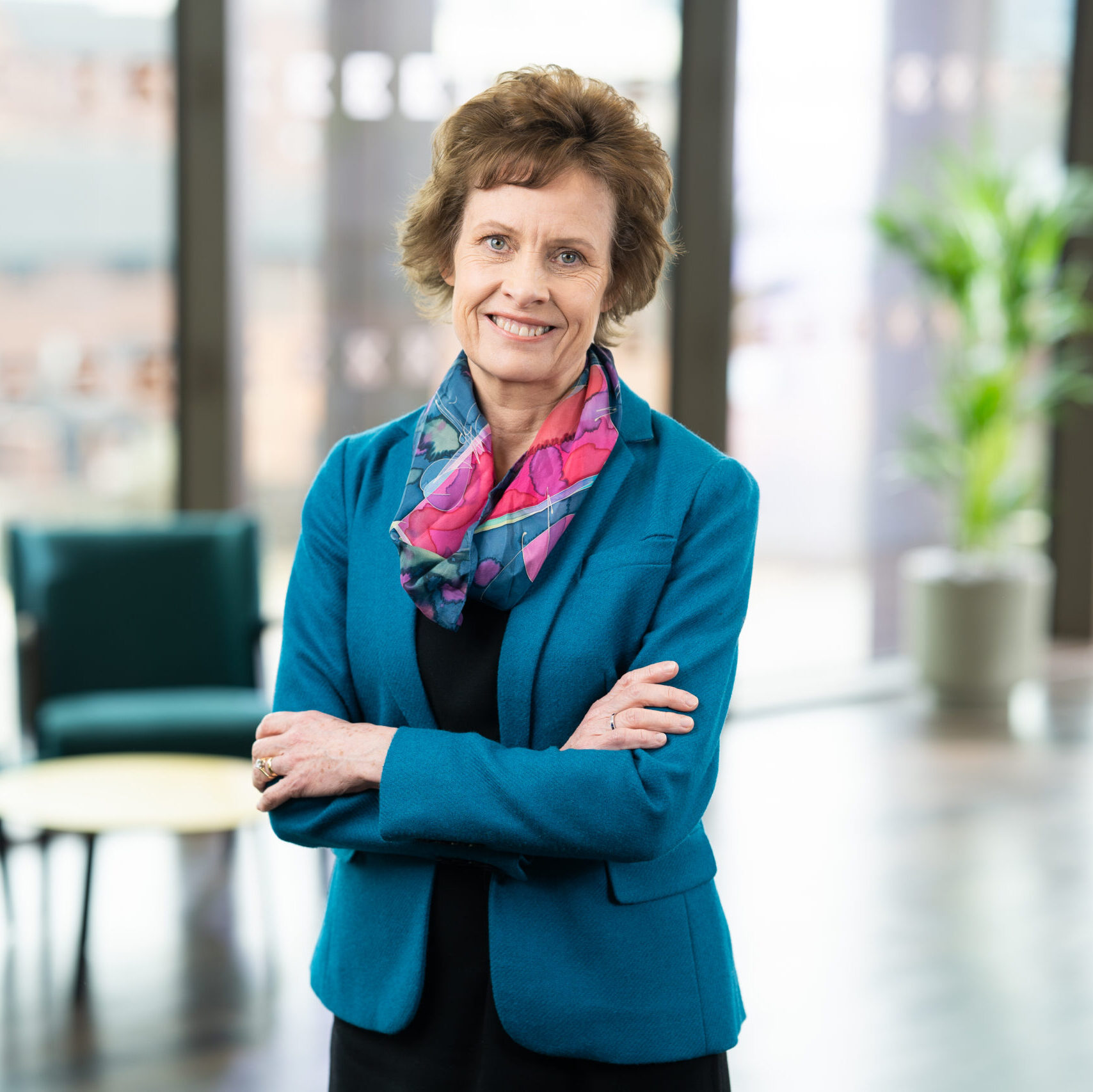 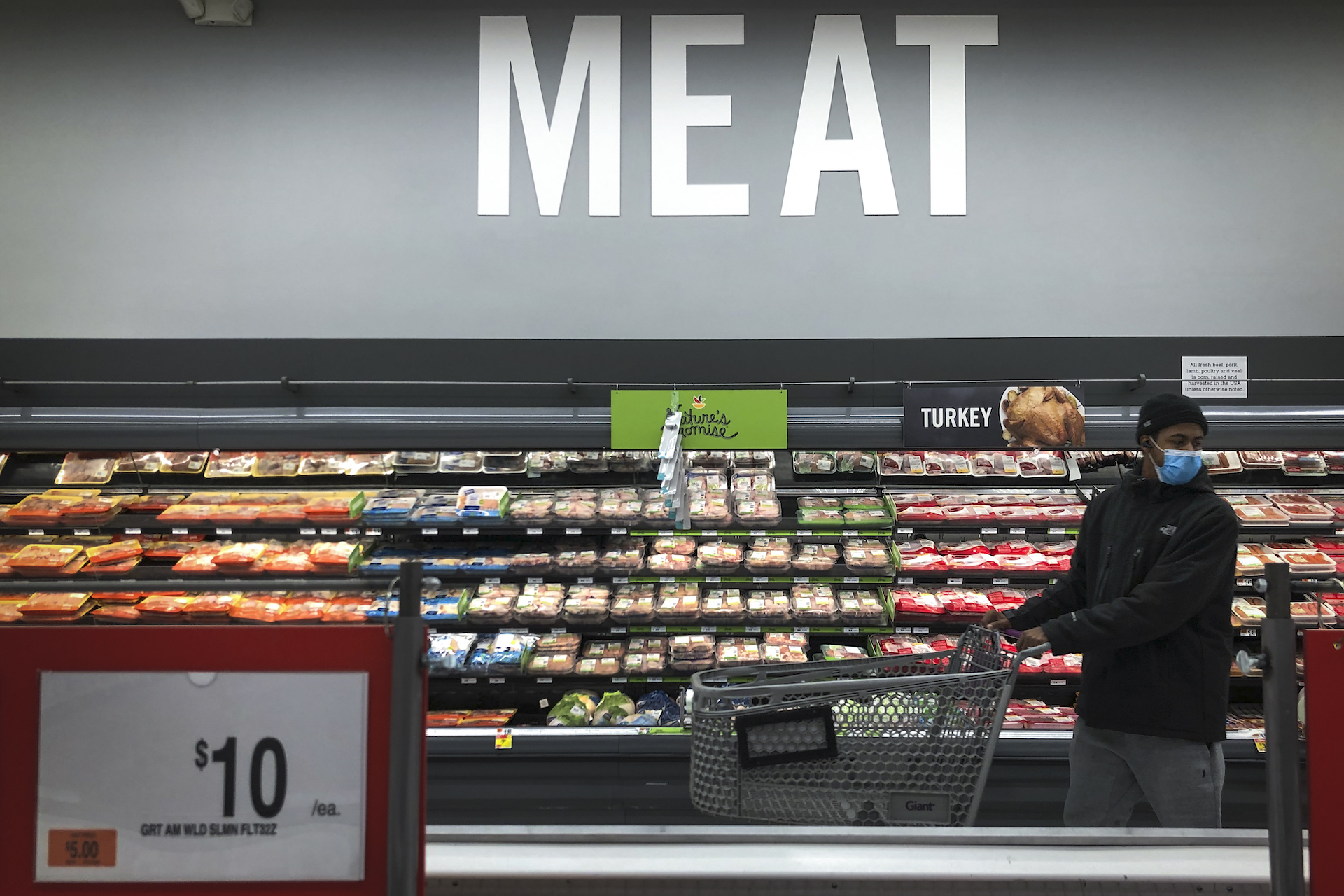 A man shops in the meat section at a grocery store, April 28, 2020 Washington, DC. Eco-labels on food like beef could make people more aware of how our eating habits impact the environment.

Very little attention is paid to food in the conversation around net zero. But food production accounts for one-third of our global carbon emissions, so changing our eating habits is critical.

The LEAP program at the University of Oxford has been experimenting with carbon labeling — labeling food according to its carbon emissions. BRINK spoke to professor Susan Jebb, co-director of the LEAP team, about whether labeling can change what consumers eat.

JEBB: Last summer, we did a big public engagement project where we visited six cities across the U.K. We had a bright yellow horse box, which was unmissable, and we parked it in city centers. It had materials to explain our research, but mostly we used it to generate conversations around the relationship between what we eat and the impact on the environment.

It was really striking how many people really hadn’t given it much thought. I think there’s a great danger of people working in this field believing that everybody understands the problem and understands what needs to be done, because I don’t think that is the case. When it comes to obesity, people know that biscuits generally are bad for you and that broccoli is good. They may struggle to enact their knowledge, but they do understand the core of the problem.

Whereas when it comes to food and how we get to net zero, most people haven’t given it much thought. That’s partly because the narrative around net zero carbon emissions, at least in the U.K., is centered mostly around energy, a little bit about transport, but very little conversation about food.

BRINK: So when you did your labeling trial, did it change behavior?

JEBB: Our view is that if you want people to make a healthier, or indeed a more sustainable choice, then you’ve got to give them some information in order to be able to do that. We ran studies online with what we call simulated online grocery shopping and saw quite big effects. That gave us some hope that if we were to provide people with information, it would shift their behavior.

We were fortunate to partner with Compass, a very large contract catering service provider that has a huge variety of customers. It has some sites in manufacturing plants and some that are office-based, and people were eating there every day, so it wasn’t a one-off special occasion.

That was obviously quite disappointing. Our conclusion was that when you’re buying your lunch in that moment, too many other factors take over, and people just revert to buying the thing that they would usually choose.

A Tool for Businesses

But the ray of hope in it is that, even if it hasn’t changed consumer behavior, it is possible that labeling does change business behaviors, because what we experienced with Compass was that when companies start to label their food, they start to realize, “Wait a second, this isn’t great. We want to make the meals we offer more sustainable.”

Over time, there’ll be more and more pressure and more and more legislation on companies in order to achieve particular targets. And so the more things that businesses do to shape the behavior of consumers, the better.

So good eco-labeling might be a tool that encourages businesses to reflect on what they’re offering. And then that starts to change the food system, rather than trying to get consumers to make a decision, if you like, at the very final moment before they put it on their plate.

There is some evidence that labeling changes behavior on the nutrition front, but the effects are also small. Health-seeking people look out for labels, and that label might shape their choice, and customers have a right to that information. So I think it should be there. But what we shouldn’t do is exaggerate how effective it might be in terms of behavior change. Certainly alone, it’s completely insufficient.

Changing Availability Is a Major Nudge

BRINK: Does it bring into question the whole idea of whether you can really nudge people to change their behaviors?

JEBB: Labeling does require a degree of conscious processing. So it’s arguable whether it is a true nudge. Nudges to my mind are “choice architecture” interventions, where you’re changing the default with the potential to change behavior, without conscious effort. So an example where we’ve seen very promising effects comes from changing availability.

If you go back to your classic cafeteria where you’ve got maybe four dishes, and typically one of them would be vegetarian and three would be meat or fish or chicken. What we’ve shown is that if you change that proportion, so you go from 25% veggie to 50 to 75% veggie, what you see is that the proportion of people purchasing a vegetarian meal goes up in a dose-response way.

So availability is a genuine nudge because you’re not removing people’s choice, you’re not telling them what to do in any way whatsoever, just by default they are more likely to choose a plant-based option.

BRINK: But if you’re saying that consumer behavior is not interested in changing at the moment, how will food producers be persuaded to change their sources?

JEBB: The two are absolutely interrelated. There are a few consumers where demand for plant-based options is encouraging businesses to produce more plant-based options. We’ve seen a whole raft of innovation, and that’s because companies have identified there’s a trend. But in the end, you’re going to need to get more people to buy into that trend for it to continue.

Some people talk about four Ns, normal, nice, necessary and natural, in meat eating. And so it’s going to take a little while for people to feel as confident and comfortable about plant-based eating as they do about eating meat. But the more people do it, the more normal it becomes. So I think the two have to go along together.

Most companies understand that they have big responsibilities in relation to the environment. And over time, there’ll be more and more pressure and more and more legislation on companies in order to achieve particular targets. And so the more things that businesses do to shape the behavior of consumers, the better, and once consumers start moving as well, the whole thing becomes a lot easier, and you’re then into a virtuous cycle.

At the moment of course, it’s very difficult to do your life cycle analysis and to truly know how much carbon there is in your food production. And until we have a standardized system for doing that, there will always be the risk that people are gaming the system, and we don’t want consumers to be misled — we want them to be able to honestly compare across products.

Some colleagues here at the University of Oxford have just published a big database of 57,000 food products looking at their environmental impact. And that’s really just the start. We need to develop a standardized system for doing this that consumers can trust and that can be used for businesses to audit what they’re doing.

Professor of Diet and Population Health at University of Oxford

Susan Jebb is Professor of Diet and Population Health in the Nuffield Department of Primary Care Health Sciences at the University of Oxford. She is co-Director of the LEAP programme (Livestock, Environment and People) and leads an interdisciplinary team working to support healthy and sustainable dietary change.

Mark Campanale Founder and Executive Chair of The Carbon Tracker Initiative
URL: https://www.brinknews.com/does-carbon-labeling-of-food-work/
Get ahead in a rapidly changing world. Sign up for our daily newsletter. Subscribe
​​