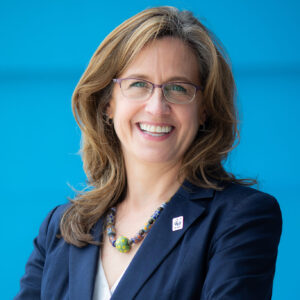 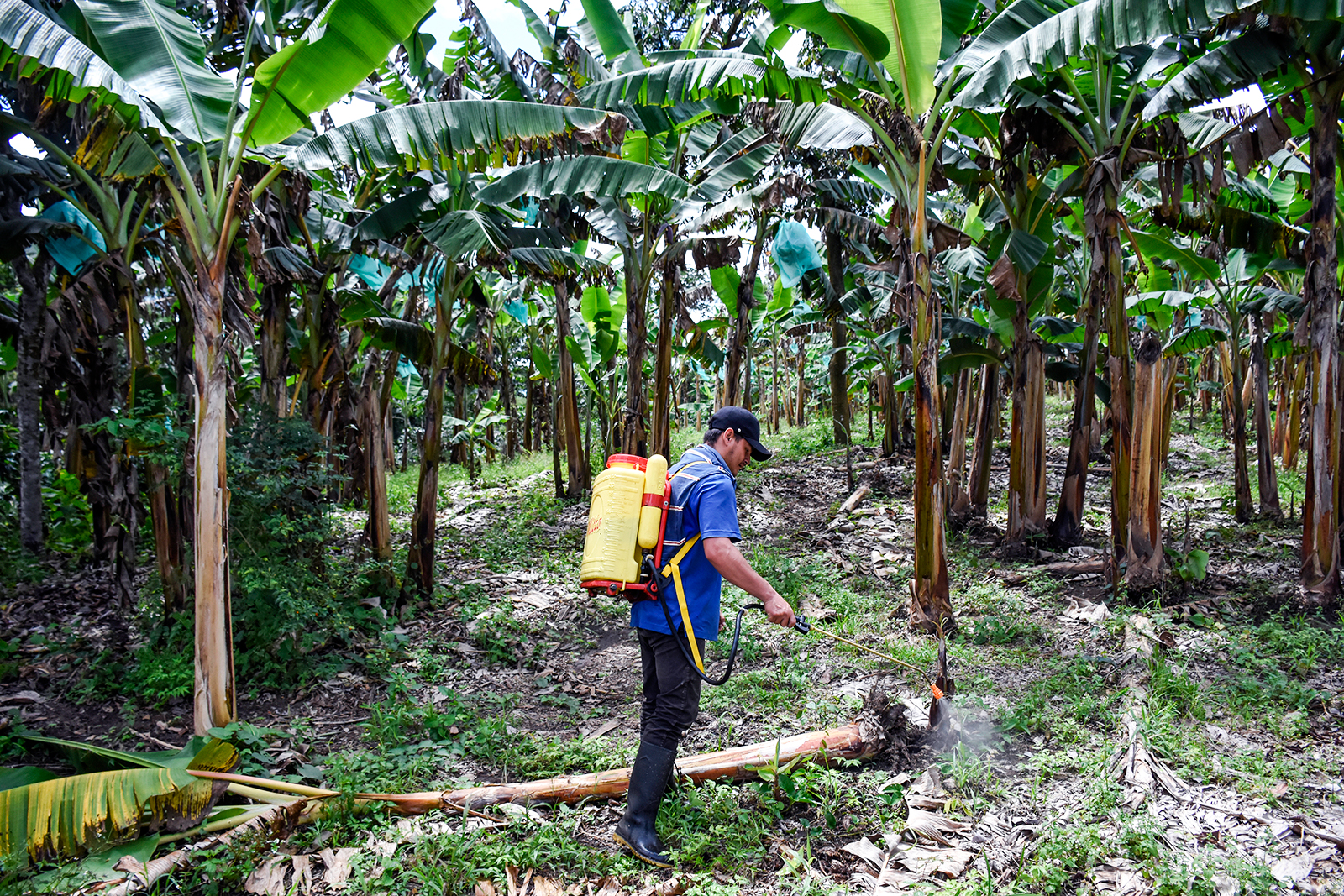 A farmer fumigates the soil at a banana plantation on May 25, 2021, in Montenegro, Colombia. Rainforest destruction to make room for crops continues apace in other parts in Latin America, with leakage into neighboring ecosystems, including grasslands, savannahs and wetlands.

The loss of biodiversity and natural habitats is becoming a major risk for companies. As climate breakdown and forest loss feed off one another, they increase the likelihood of natural disasters and the unleashing of zoonotic diseases such as COVID-19. Businesses everywhere are increasingly vulnerable.

The much awaited Taskforce on Nature-related Financial Disclosure was launched recently to provide a guide for how companies and financial institutions should navigate the business and financial risks of Nature loss.

A Perfect Storm of Loss

Such risks are arguably most pressing for the food sector — and nowhere more so than across the food system of the nature-rich countries in Latin America. Both the sector and the region are facing an almost perfect storm of deforestation, land conversion, degradation of freshwater ecosystems, biodiversity loss, multinational retailer sustainability ambition, consumer concern and source-country regulatory pressure.

But eliminating deforestation and land conversion from supply chains is a difficult problem to solve, even when companies and investors in the sector want to limit their exposure to nature risks.

One starting point is for financial institutions, producers and manufacturers to map and disclose nature-related risks in a much more consistent and comparable manner. At the moment, many companies have only a limited understanding of their exposure to nature-related risks. To integrate these risks into decision-making, they need decision-grade data.

The TNFD offers the food sector a great opportunity to accelerate progress. It provides a framework for companies and financial institutions to report and act on evolving nature-related risks, and thereby help to bridge the data gap and redirect global financial flows toward nature-positive outcomes.

Commitments to Deforestation Are Largely Unmet

The call for change from big brands and investors continues to pile pressure on food producing countries.

Yet the rate of deforestation in the Amazon is at its highest since 2008. Corporate commitments to end deforestation are longstanding – but sadly remain largely unmet.

More than 150 acres of rainforest are lost every minute of every day. This year alone, nearly half a million acres of the Amazon have been logged or burned, much of which is cleared for grazing for beef exports.

Destruction to make room for crops and cattle also continues apace in other parts of the region, with leakage into neighboring ecosystems, including grasslands, savannahs and wetlands. Fifty percent of the Brazilian Cerrado, for example, a vast tropical savannah ecoregion of Brazil that stores around 13.7 billion tons of carbon dioxide, has already been lost, largely due to unsustainable agricultural production.

Creating a sustainable global food system is critical if we are to fulfill the fundamental human right to healthy and nutritious food within planetary boundaries.

The Pantanal, the world’s largest tropical wetland that spans areas of Bolivia, Brazil and Paraguay, has seen 60% of the land in its high plains area converted for agriculture. And the areas of the Gran Chaco across Argentina, Bolivia and Paraguay lost an acre of native vegetation every minute from 2010 to 2012.

No wonder, then, that over the last five years, growing concern for nature has manifested an “eco-wakening,” especially in emerging economies. One key finding in new research from The Economist Intelligence Unit, commissioned by WWF, shows a staggering 71% rise in online searches for sustainable goods globally over the past five years. The increase in Ecuador was a phenomenal 120%, and a remarkable 96% of survey respondents in Brazil see nature loss as a serious problem.

With new EU legislation designed to curb the global environmental impact of European consumption — responsible for 16% of “imported” tropical deforestation — receiving backing from some powerful industry players along with similar proposals from the U.K., the food sector must accelerate the transition to nature-positive supply chains. This is especially true for mid-supply chain actors such as soy traders who need to do more to protect the critical ecosystems on which their business relies.

Perhaps the only missing ingredient in this perfect storm is a legal ruling akin to that recently passed by a Dutch court on Shell, which, rather than pursuing damages, seeks preventive action by forcing the oil major to reduce future carbon emissions. How long will it be before similar rulings emerge focused on protecting nature?

In parallel to the TNFD, WWF is also working to drive progress through other platforms. The 2017 Cerrado Manifesto, which brought together five other environmental NGOs, called on the agricultural sector to stop the destruction of the Cerrado. And the recently launched Soy Traders Scorecard takes stock of progress — or lack thereof — toward limiting the negative impacts of soy production on forests and other ecosystems.

Conventional food production is to nature loss what fossil fuels are to climate change. But since we can’t phase out food, we must transform its production. Creating a sustainable global food system is critical if we are to fulfill the fundamental human right to healthy and nutritious food within planetary boundaries.

Up to 850,000 Animal Viruses Could Be Caught by Humans, Unless We Protect Nature

Tackling the interlinked crises of climate breakdown, nature loss and land degradation needs investment in nature of $8.1 trillion by 2050.

January saw a flush of nature-positive moves by both governments and financial institutions. These included more than 50 countries forming the High Ambition Coalition to protect 30% of the world’s land and sea and the Natural Capital Investment Alliance looking to mobilize $10 billion by 2022 for “natural capital themes across asset classes.”

Now, with 55 signatories — holding over $10 trillion in assets under management — having made the Finance for Biodiversity Pledge, the launch of the U.N. Decade on Ecosystem Restoration, and U.N. Food Systems Summit Action Tracks exploring solutions, the invitation is open to all to join #GenerationRestoration.

Now is the time for the whole food sector to deliver on nature-positive food production. Measuring, tracking and disclosing nature-related risks in a transparent and consistent way is the first step. Next, it will be up to investors, companies and governments to put that data to good use and take concrete action to keep nature intact.

Margaret Kuhlow leads World Wildlife Fund’s Finance Practice, providing strategic direction and leadership to WWF’s global engagement with the finance sector. She has lived and worked extensively in developing and emerging markets, and has broad experience in sustainable investment and development finance.

Carolina Klint Risk Management Leader, Continental Europe at Marsh
URL: https://www.brinknews.com/why-conventional-food-production-is-as-dangerous-for-the-planet-as-fossil-fuels/
Get ahead in a rapidly changing world. Sign up for our daily newsletter. Subscribe
​​