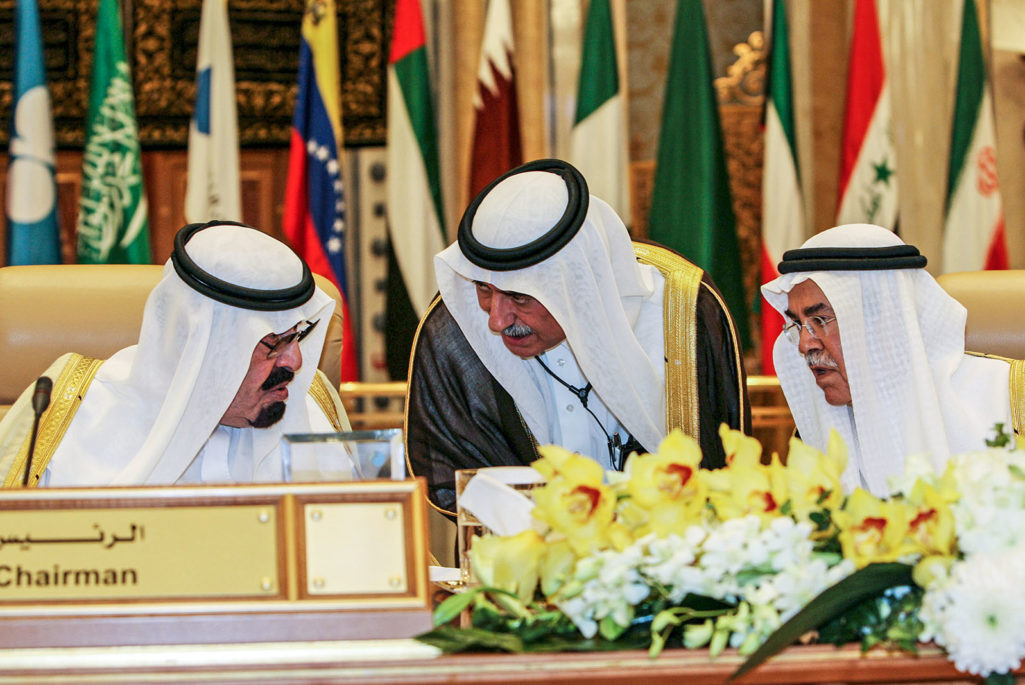 The price of crude oil continues its precipitous tumble; Morgan Stanley is predicting that prices could go as low as $20 a barrel. Exacerbating the matter, China’s stock market woes and, more specifically, its falling manufacturing figures, have resulted in a reduced demand for oil.

Reduced Chinese demand, however, isn’t the only factor that is causing oil prices to drop. Oversupply is causing its own set of problems. After oil prices began to drop last year, the Organization of Petroleum Exporting Countries (OPEC) panicked. Saudi Arabia, which was the de facto leader of the cartel, refused to reduce its production in order to force prices back up. Riyadh feared that the nuclear deal that Washington signed with Iran last year would see international (especially Western) trade with Tehran increase rapidly, thus increasing the latter’s importance to the West. The freeing up of around $120 billion in frozen Iranian accounts would, moreover, enable Tehran to carry out desperately needed repairs its oil production infrastructure. This, Riyadh reasoned, would enable Iran to regain its former position as the world’s fourth-largest energy exporter and, consequently, enhance its wealth and pose a reinvigorated geopolitical and ideological risk. Saudi Arabia, therefore, continued to produce oil unabated despite the obvious damage it was doing to the other OPEC member states that, with increasing desperation, asked the Saudis to cap production.

Riyadh had two reasons for continuing to produce oil as usual. First, it knew that it had to retain its market share. It could not run the risk of reducing its production in an attempt to push oil prices up in case non-OPEC states such as Russia increased their oil production and, worse, sold it to Riyadh’s customers. Saudi Arabia reasoned that if that were to happen, it would be very difficult to regain those customers. This would have placed it in an even more precarious position vis-à-vis Iran on the one hand and non-OPEC oil producers on the other.

Second, Riyadh likely believed that by keeping oil prices depressed and retaining its market share, it would force Tehran to compete on very unequal terms, thus making it difficult for Iran to pose any kind of competitive threat. Saudi Arabia was fairly confident that, given its foreign exchange holdings of around $750 billion, it could weather the situation until oil prices rose again. This, however, is a course of action that is fraught with risk.

Despite being the world’s largest producer of oil, and given the economies of scale that flow from that level of production, Saudi Arabia’s ability to extract and refine oil more cheaply than Iran, in some ways, is not as well-placed as Iran is to stand up to sustained low prices.

The international sanctions Iran faced have forced it to diversify its economy, even if its energy infrastructure grew increasingly dilapidated, making it less reliant upon energy exports than Saudi Arabia, whose energy exports account for an estimated 80 percent of its income. Thus, while Iran can sustain oil prices hovering around the $72 per barrel mark, Saudi Arabia needs the price to stay at $106 per barrel to break even. Riyadh, moreover, has had to spend more to sustain its military action against Houthi rebels in Yemen and simultaneously increase domestic spending for political reasons, leading to speculation that it could run out of money by 2020.

A third reason for low oil prices is the appreciation of the U.S. dollar. Oil prices are leveraged to the U.S. dollar, and if the dollar rises by 5 percent, oil prices could tumble by an estimated 10 to 25 percent. While global stocks may have at one point pushed the price of oil towards the $60 mark, the difference between that level and $35 a barrel is the rise in the value of the dollar, according to Morgan Stanley analysts.

The unseasonably warm weather in Europe has also led to decreased demand for energy products. This, in turn, created a glut of oil (in addition to the previous gluts caused by shale oil and tar sands facilities in North America coming online) that is readily available. Oil stocks in Cushing, Oklahoma, the largest oil storage facility in the U.S. with a maximum capacity of 73 million barrels, stood at close to 64 million barrels at the start of 2016. If other storage facilities in North America and elsewhere are similarly close to capacity, the demand for oil can only decrease, putting additional pressure on oil prices. It is these factors that persuade Morgan Stanley that oil prices still have room to fall.

As noted earlier, Saudi Arabia cannot sustain these low prices beyond 2020, given its current rate of spending, owing to its military actions in Yemen, its proxy war against Iran in Syria, subsidized domestic fuel costs and its efforts to sustain its food production and water management initiatives. Against this backdrop, Riyadh has slashed its subsidies on gas, diesel, kerosene, water and electricity. In addition, it has introduced a value–added tax of 5 percent on all goods and services starting in 2017. It is noteworthy, however, that military purchases have increased significantly, despite its slashing of welfare and public services.

Saudi Arabia, in short, cannot sustain low oil prices for very long. It needs to increase oil prices and simultaneously diminish, if not negate, future geopolitical, ideological and energy competition from Iran and energy competition from Russia and the U.S. The fact that it has increased its military spending while cutting back in other areas, coupled with the decidedly harsher, albeit more realistic, perspectives of Crown Prince Muhammad bin Nayef points to ever increasing risk on several fronts for Saudi Arabia’s immediate future.