Sino-Indian Stand-Off Could Increase Risk and Benefit the U.S. 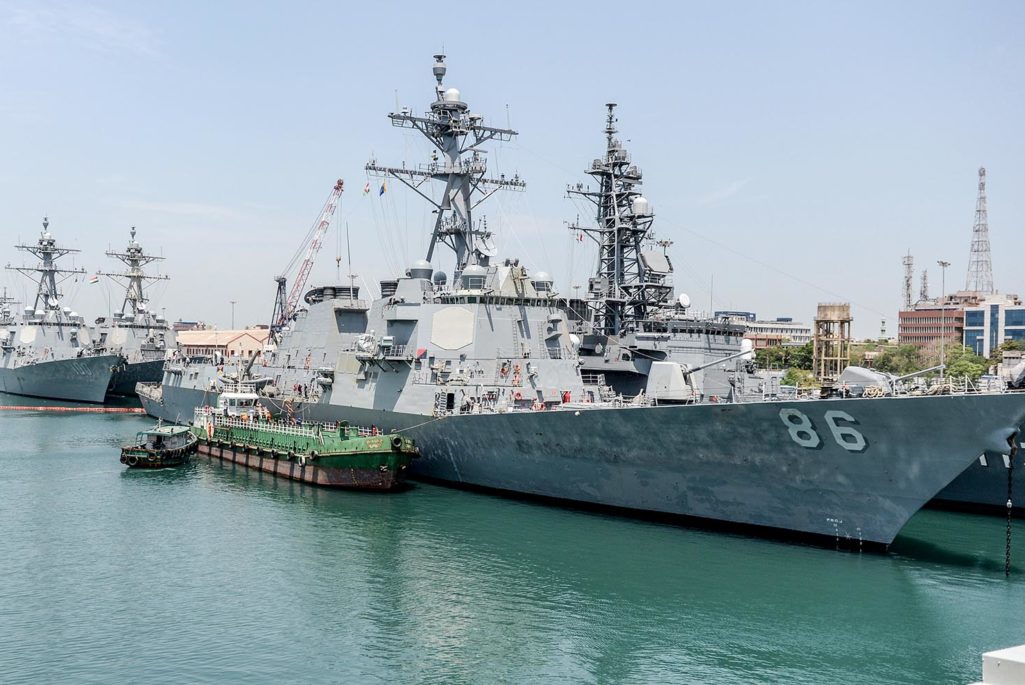 A big drama is playing out in the Himalayas within a tiny speck of land along the Chinese-Bhutan border that has roiled the leadership of both China and India, causing the countries to flex their military muscle amid hasty diplomatic communiques intent on keeping either side from firing the first shot.

Should this potential powder keg abruptly explode, it could cement a Washington-India relationship for decades to come, causing new geopolitical risks to China at a time when it’s seeking to expand Beijing’s “soft power” in the region via the high-profile Belt Road Initiative.

China and India share a border that is approximately 3,500 kilometers long and, thanks to contradictory treaties signed between the British and the Qing dynasty in the 19th and early 20th centuries, one that is not demarcated in some parts, notably the foothills of the eastern Himalayas. This has led to regular allegations of territorial violations by China and India, both of whom claim the other’s troops have crossed into their territory.

This time, though, it is different. The current stand-off began in mid-June, just before Indian Prime Minister Narendra Modi met President Donald Trump in Washington. Chinese troops were seen building a road near the tri-border region between Bhutan, China and India in mid-June. The road was being constructed by Chinese military personnel near Doka La, in territory that is disputed by Bhutan and China. According to reports, a Royal Bhutan Army patrol first noticed the activity and asked the Chinese troops to stop.

When that approach failed, Indian military personnel from the neighboring Indian state of Sikkim, together with Bhutanese personnel, contacted the road-building crew to ask them to stop building the road on disputed territory, in effect, not to change the status quo. Although in this instance the activity did not occur on Indian territory, Bhutan is a protectorate of India by treaty, making India responsible for Bhutan’s territorial sovereignty. Source: War on the Rocks

China, which remains agitated regarding other territorial claims—witness Taiwan, Tibet and the South China Sea, for example—reacted vociferously, claiming that India had crossed a line and that there could be no negotiations, which India has requested, until the latter’s troops were pulled back from the area. (India had rushed reinforcements to the area to counter the Chinese troop build-up there.) While territorial claims may be one reason why China has reacted so strongly to this move by India, other factors may have exacerbated the situation.

China sees itself as being “perennially just.” As author Andrew Scobell, a senior political scientist at the RAND Corporation argues, China’s history inclines it towards the use of force in its security policy for two reasons: first, because Chinese policy is severely influenced by its civilizational history affecting its tendency to use force and, second, because China has a “unique traditional philosophy.” In Scobell’s view, Chinese assumptions about its perennial justness increase its propensity to use force by giving it a “defensive moral rationale for using force, even offensive force.” This is evidenced by its annexation of Tibet and its threat to use military means, if necessary, to “reintegrate” Taiwan, which it sees as a rebel province.

Presidents George W. Bush and Barack Obama were conciliatory to the Chinese in the course of geopolitical flare-ups with China, during the so-called EP-3 incident in 2001 under Bush and the 2009 incident with the USNS Impeccable under Obama. President Donald Trump has not been so conciliatory. China, which had expected a continued U.S. policy of not doing anything to upset Beijing, was taken aback when Trump was voted into office. They were even more taken aback when, after their navy seized a U.S. unmanned submersible drone, President-elect Trump brusquely tweeted that China could keep it, in essence relegating them to the status of common thieves. The Chinese countered by claiming Trump was merely “hyping up” the incident. They were shocked, however, when President Trump accepted a phone call from President Tsai Ing-wen of Taiwan and left dumbfounded by his assertion that Washington’s one-China policy was open to negotiation.

The danger that the current border stand-off poses lies in the fact that neither Xi nor Modi can afford to be seen domestically as backing down. If Xi withdraws his troops, he will be perceived, especially by his critics in the People’s Liberation Army, as being weak when opposed; if Modi backs down, he will similarly be perceived as being hubristic but ineffective when threatened. But the danger goes further than that.

If China were to attack India, New Delhi, which has in the recent past grown ever closer to Washington, could turn to its new friend for assistance. Modi could potentially feel strongly enough to enter into a partnership of some kind with Washington, in order to further bolster the Indian military in the first instance and to grow the Indian economy faster in the longer term.

Should that transpire, India could close the gap between its economy and China’s faster than is currently anticipated, making it a potential economic rival. It could also translate that growth into military potential, making China’s regional- and extra-regional influence untenable. That, however, lies in the future; Xi will be more worried about the present situation.

Whether China attacks India or not, New Delhi will now be forced to revisit its strategic autonomy policy to decide if that long-term goal could be postponed in order to cater to current needs. Being the pragmatist he is, Modi would almost certainly opt for a strengthened relationship with the U.S.

A bolstered India-U.S. relationship could begin with fast-tracking the purchase of nuclear reactors from Westinghouse, entering into more agreements for common operability between the U.S. armed forces and its own and opening up its markets to American companies. This could bring much benefit to Westinghouse, American automobile manufacturers, food manufacturers and, especially, insurance organizations.

The current stand-off in the Himalayas poses many current risks to India, but China would do well to take the longer-term risks to itself into account before it did anything rash.

Xianbin Yao Professorial Lecturer of International Studies at De LaSalle University Manila
URL: https://www.brinknews.com/sino-indian-stand-off-could-increase-risk-and-benefit-the-u-s/
Get ahead in a rapidly changing world. Sign up for our daily newsletter. Subscribe
​​