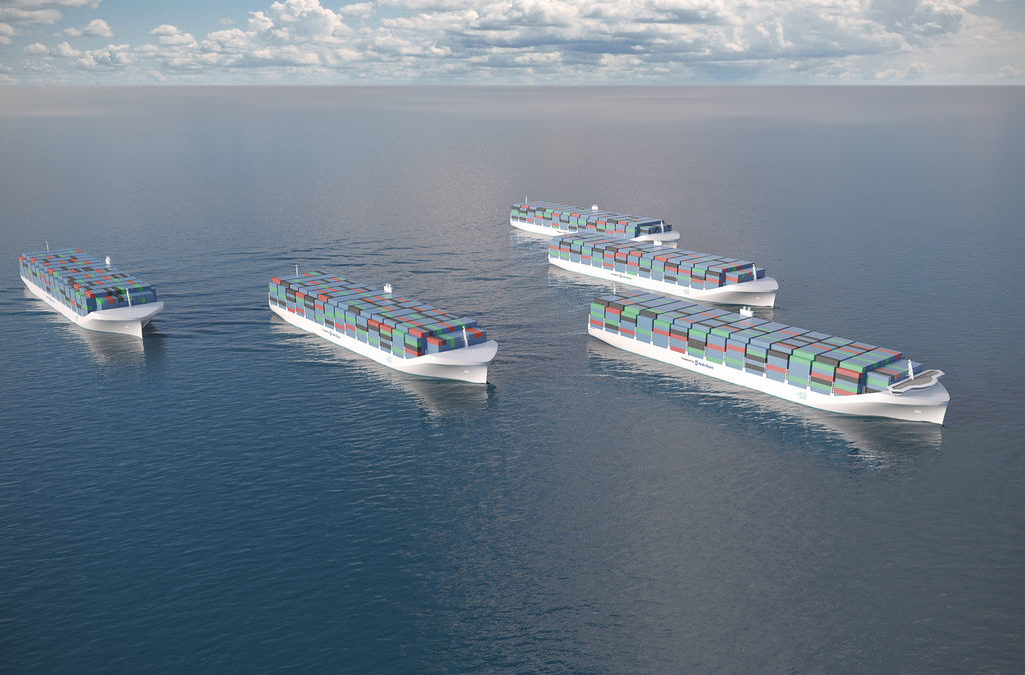 The chronicles of maritime lore are punctuated with tales of ghost ships sailing the world’s oceans, some nefarious, others randomly adrift. But a new kind of “ghost ship” has recently appeared, on purpose and purposeful, with no malice aforethought.

The concept of autonomous ships has been around for decades and the general principles are well known. But until recently, the ideas rarely sailed beyond the drawing board nor advanced from back-of-the-envelope sketches.

The Rolls-Royce Blue Ocean team has developed a virtual-reality prototype of an unmanned cargo ship. Eventually shore-based, formerly sea-going captains will sit in fully automated command centers at the helm of hundreds of crewless ships, the company says.

Already in the North Sea, oil and gas supply ships use dynamic positioning systems with data collected from satellites, gyrocompasses and stabilizing sensors to hold position in rough seas when transferring cargo—also done by remote control.

“So there is a need for intelligent systems that can run themselves, with the crew becoming supervisors, concentrating on managing the exceptions when they arise and reviewing decisions with the human experience machines don’t have,” says Oskar Levander, Rolls-Royce vice president of Innovation in Marine Engineering and Technology.

Rolls-Royce teamed up with Tekes, the Finnish Agency for Technology and Innovation, in a project aimed at speeding the design and real world testing of unmanned ships. The Advanced Autonomous Waterborne Applications Initiative will produce the specifications and preliminary designs of the next generation of unmanned ships. The project will look at the business case for autonomous applications, the safety and security implications of designing and operating autonomous ships, the legal and regulatory implications and the existence and readiness of a supplier network able to deliver commercially available products in the short to medium term.

The EU is funding a $4.8 million study called the Maritime Unmanned Navigation through Intelligence in Networks (MUNIN) project, which is planning a prototype for simulated sea trials to assess the costs and benefits.

And there are the military applications. The Pentagon’s research arm, the Defense Advanced Research Projects Agency (DARPA), is running the Anti-Submarine Warfare Continuous Trail Vessel program. It is developing nearly autonomous drone ships that are part of a “culture change” happening inside the Navy, as described by Navy Secretary Ray Mabus, during the Navy League’s Sea Air Space symposium in Washington last year.

“Unmanned systems, particularly autonomous ones, have to be the new normal in ever-increasing areas,” Mabus said.

Can Safety, Cost and Climate Tip the Scales for Drone Ships?

On average at sea, a ship sinks once every four days and 2,000 to 6,000 mariners die from accidents every year.

Sailing is an inherently human endeavor. No machine or computer algorithm will ever take the place of years of seafaring experience, the ability to “read the seas” or make snap decisions when lives are on the line.

“Let us say it right up front: It will not be possible [for an autonomous vessel to accurately deal with potentially catastrophic situations],” MUNIN said in a 2013 presentation during a Maritime conference. “We have to calculate with events that will bring systems down. The issue is instead how do we design a fail-to-safe system that allows a graceful degradation into a safe mode that gives a reasonable assurance against a catastrophic outcome for people and environment?”

However, humans are responsible for the majority of accidents at sea. “Today’s ship systems are technologically advanced and highly reliable. Yet, the maritime casualty rate is still high. Why?” asks Anita Rothblum, who works on human error and marine safety for the U.S. Coast Guard. “It is because ship structure and system reliability are a relatively small part of the safety equation,” Rothblum says. “The maritime system is a people system, and human errors figure prominently in casualty situations.”

Even for unmanned and fully autonomous ships, some human interaction will take place in monitoring, remote control and maintenance. “If we ever so slightly can move decisions from the operator onboard, where stress and fatigue play a vital part, to less stressful programming and maintenance work, safety benefits might be gained,” write authors Thomas Porathe, Johannes Prison and Yemao Man in a paper for The Royal Institution of Naval Architects.

“Many facilities and systems on board are only there to ensure that the crew is kept fed, safe, and comfortable,” Rolls-Royce said. “Eliminate or reduce the need for people, and vessels could be radically simplified. Attitudes and ways of working will need to change, but safe operation is possible, particularly for vessels running between two or three fixed points.”

Cost savings are also high on the list as a justification for pursuing unmanned shipping. Crew costs amount to 44 percent of a large cargo ship, about $3,299 per day. “The potential savings don’t justify the investments that would be needed to make unmanned shipping safe,” Tor Svensen, chief executive officer of maritime for DNV GL, the largest company certifying vessels for safety standards, told Bloomberg News. “I don’t think personally that there’s a huge cost-benefit in unmanned ships today, but technically it’s possible… my prediction is that it’s not coming in the foreseeable future.”

A recent concept in the shipping industry is “slow steaming,” the practice of reducing cruising speed to lower greenhouse gas emissions. A reduction from 16 to 11 knots could reduce fuel consumption by about 54 percent and carbon emissions by 1,000 tons, MUNIN calculates. Normally, this means increased costs for the charter and the crew, which will have to remain at sea for longer periods of time. An unmanned vessel wouldn’t have to worry about those crew costs.

Slow steaming has the potential to reduce emissions by 11 percent, close to the 15 percent target reduction set by the International Maritime Organization’s Marine Environment Protection Committee.

MUNIN, however, believes that as long as a trained captain is in charge of the vessel—despite being housed in a shore-based control center—the legal and practical challenges of maritime law can be met.

“Maritime law has coped with changes from sail to propulsion, from oil to nuclear energy to gas, from loose cargo to containerization and it will cope again!” MUNIN stated during a June presentation on changes needed to adapt to unmanned vessels. “But the key message is: the law should not be, and will not be, an obstacle.”

If ships don’t comply with International Maritime Organization regulations they would be considered unseaworthy and ineligible for insurance, Andrew Bardot, secretary and executive officer of the London-based International Group of P&I Clubs told Bloomberg News.

Another major risk is that of hacking; a malicious attack on the control functions could result in catastrophic consequences, either on the high seas or entering or exiting a port. To thwart such risks, the industry is working on using encryption techniques to secure its communications and system.

“Many of the technology building blocks that will control the ships of the future are already available today, but there is still work to be done to develop marine solutions from them,” said Levander of Rolls-Royce. “Much in the way that sail gave way to steam powered ships, and coal gave way to oil, we will see increasingly sophisticated ships, highly automated and perhaps even unmanned and remote controlled, plying the seas within the next two decades.”

Jonathan Munemo Professor of Economics at Salisbury University
URL: https://www.brinknews.com/high-tech-ghost-ships-on-horizon-for-shipping-industry/
Get ahead in a rapidly changing world. Sign up for our daily newsletter. Subscribe
​​