How Can We Reimagine Capitalism? 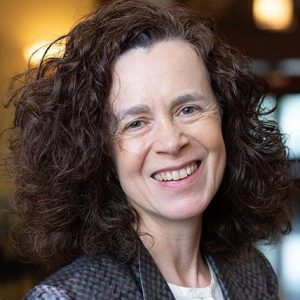 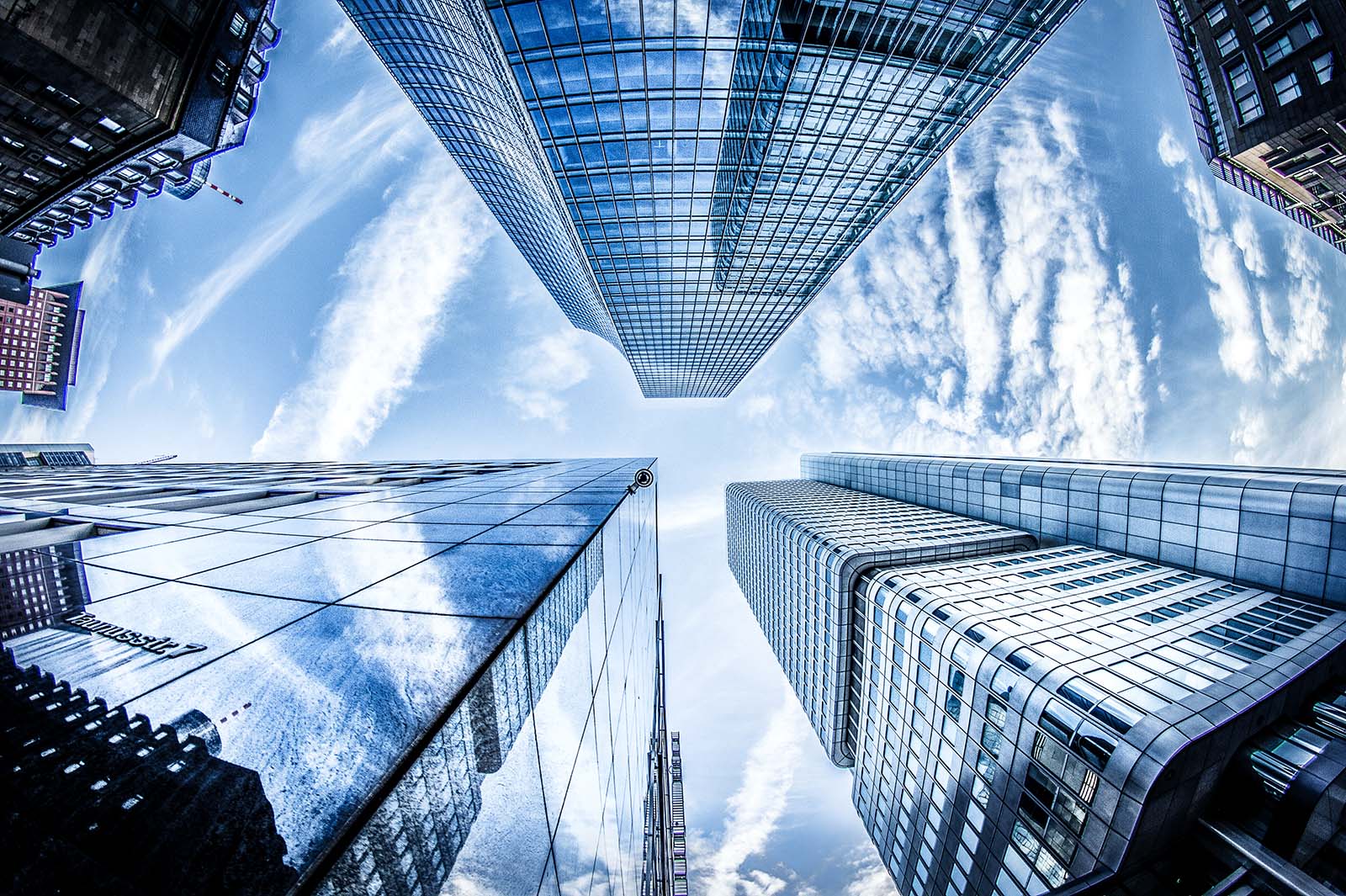 Many thinkers believe that COVID, inequality and climate change have brought the capitalist system to a turning point and that major changes are necessary in the capitalist economic system if it is to survive.

Rebecca Henderson is one of the most influential voices in this conversation. She’s the John and Natty McArthur University Professor at Harvard University and was previously the Eastman Kodak Professor at MIT’s Sloan School. In her new book, Reimagining Capitalism in a World on Fire, she argues that it is in the enlightened self-interest of businesses to adapt their way of operating.

HENDERSON: The version of this book that was published in the U.K. was called Reimagining Capitalism: How Business Can Save the World. It is written for businesspeople who are aware of the enormous public problems that we face — things like climate change and inequality — and who understand that there’s money to be made in addressing them and that the costs of not addressing them are very real.

So the book is written for businesspeople, but I don’t believe that businesspeople can single-handedly solve the problems we face. Reimagining capitalism as a whole will require action from all sectors of our society, including government and civil society.

Our Economic System Is Badly Out of Balance

We have privileged free markets for too long, and we need to balance the power and flexibility of the free market with democratically accountable, transparent, capable government that can set the rules and regulations that will allow firms to compete intensely, without causing the kind of damage that’s happening at the moment.

BRINK: What would be your top two or three recommendations for how business can make a difference?

HENDERSON: Approach the big problems of our time as if they were opportunities.

For many firms, a focus on problems like climate change or inclusion has proved to be a signpost toward the creation of profitable new businesses and toward significant increases in productivity and innovation, through the creation of what my colleague Michael Porter calls shared value.

If you fail to pay attention to these kinds of challenges and opportunities, you are at risk of being left behind. One example is the transformation of the waste business, which is rapidly moving from a business in which we throw our trash into a hole in the ground to a business in which we view the waste stream as a cost-effective source of raw material, with significant opportunity for the deployment of technology and real economies of scale.

Businesses Need to Act Together

The second thing: Businesses should focus on acting together, to address the problems no single firm can address alone.

The fashion business, for example, turns out to be one of the most environmentally destructive industries on the planet, and there are enormous labor problems in their supply chains. Both issues are very significant risks to the long-term viability of the business, to the strengths of the existing brands and to the long-term viability of the supply chain. The industry as a whole has realized it really has to transition, but no single firm can begin to address these problems alone.

BRINK: At the moment, it seems that a lot of businesses realize they need to do something, but they’re stuck in doing incremental shifts and tweaks. How do you make the shift from incrementalism to structural change?

HENDERSON: Very carefully. Why is it so difficult for large firms to change even when they know they need to change? Because they have spent many years learning to do what they’re doing very well. So I’m not surprised it’s taking time.

There are lots of problems for which there is no business case, but in cases where there is a business case, purpose is the secret weapon, the rocket fuel that helps firms change.

Competitive Threat Is a Big Driver

What I learned from my research is that the biggest lever is competitive threat.

One reading of Elon Musk’s success is that he accelerated the transition to electric vehicles by four or five years; he took the gamble and everyone else has been forced to follow.

Another big driver of change is what I call the adoption of a purpose. It sounds fuzzy, but it’s really a shift from thinking of the firm as existing in order to make money for its investors to the realization that, while it’s essential to make money for your investors, this is a means to an end, it’s not the end in itself.

The goal of the private sector is to create decent jobs at a living wage, to sell amazing products that delight customers, and — most broadly — to solve public problems profitably. A well-run firm is an efficient, money-making machine, but it’s not just a money-making machine. It’s also an integral part of the society in which it’s embedded.

Purpose-Driven Is a Better Way to Maximize Profits

BRINK: How do you get a company, its shareholders and its board all to move away from the purpose of a company being to maximize profits?

HENDERSON: By persuading them that being purpose-driven is a better way to maximize profits.

I’m a pure instrumentalist on this one. I think this stance gives you a wider vision, a better sense of what new kinds of business models are out there. Being purpose-driven greatly increases employee engagement, creativity and productivity, reducing turnover and making it much easier to hire.

How Well Is Stakeholder Capitalism Holding Up During the Pandemic?

Being purpose-driven connects you to your customers and your employees in quite a different way. We’re seeing more and more people wanting to work for and buy from firms that are thinking about these broader issues.

There are lots of problems for which there is no business case, but in cases where there is a business case, purpose is the secret weapon, the rocket fuel that helps firms change.

That’s how I got interested in this whole problem. I kept seeing that the firms that managed to make transformational changes in their core business models were those that were motivated by something beyond money. That kind of common commitment built the trust, the flexibility and the relationships that enabled firms to change at scale. That’s why I think it’s so essential, particularly given the moment we find ourselves in.

BRINK: What about the capital markets and finance. What role do they play?

HENDERSON: Absolutely nothing will happen unless investors think it’s important and are willing to support it.

The fuss about ESG, which is clearly in its preliminary stages, is a sign of investors and firms trying to work out: What do we measure? Where do we invest? How is that linked to profit?

At least some of these purpose-driven firms should be outperforming or at least performing as well as their competitors.

Moreover, in many ways, the capital markets should be the most concerned about transforming our system. A great deal of money is being held in very large pools and passive index funds. This makes it very difficult to diversify away from the systemic risks facing the market — the risks of climate change, environmental degradation, accelerating inequality and political unrest.

So capital markets as a whole have a strong interest in seeing more material — auditable, replicable — nonfinancial information. It might well be correlated with performance, but it might also be a powerful tool with which to enforce the kind of cooperation I was talking about earlier. If it’s going to be to the benefit of the entire industry to raise wages, switch to clean energy and reduce human rights abuses in the supply chain, then banks, investors and others could potentially use ESG metrics to be the enforcers of those kinds of moves.

Rebecca Henderson is one of 25 University Professors at Harvard, a research fellow at the National Bureau of Economic Research and a fellow of both the British Academy and of the American Academy of Arts and Sciences. Her research explores the degree to which the private sector can play a major role in building a more sustainable economy. Rebecca sits on the boards of Idexx Laboratories and of CERES. Her most recent publication is “Reimagining Capitalism in a World on Fire,” which was shortlisted for the FT/McKinsey 2020 Business Book of the Year Award.