How the Oil and Gas Industry Can Help Save the World 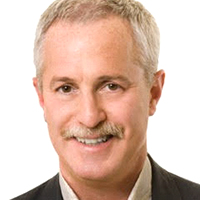 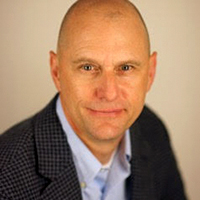 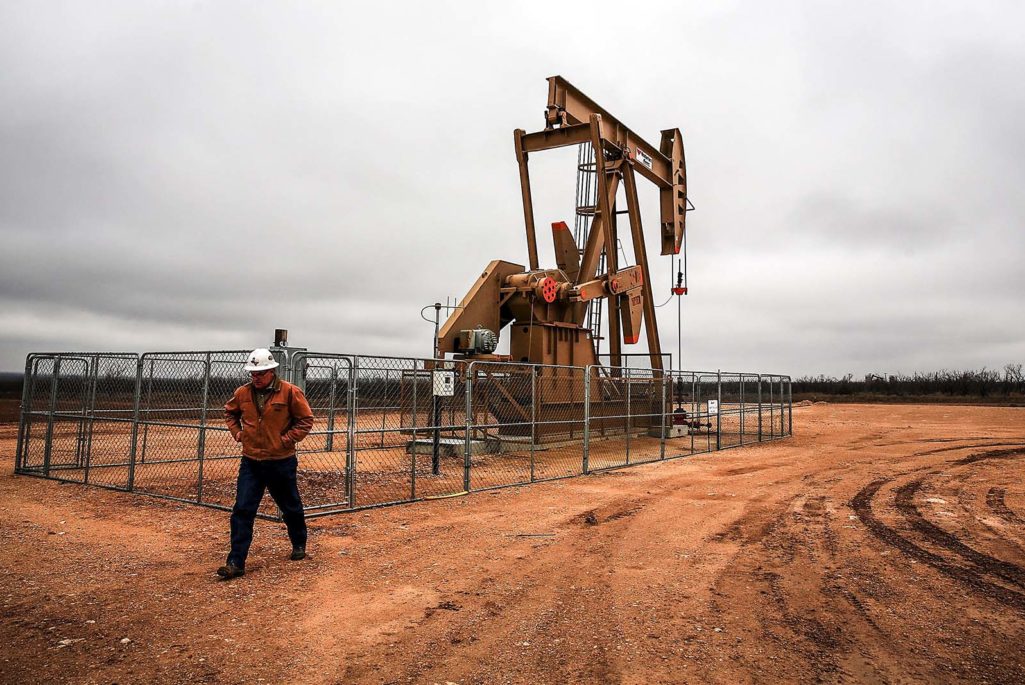 An oil well in the Permian Basin shown on February 5, 2015 in Garden City, Texas. Although oil and gas are the primary feedstock for combustion-related processes, it’s possible to shift that use toward becoming the primary feedstock for a new material palette for constructing in the 21st century. The shift would help tremendously in attaining global climate change goals.

What if oil and gas were the key to solving climate change?

The basic idea is quite simple: If we shift the primary end use of oil and gas from combustion to building materials, there is no need for hydrocarbons to remain locked beneath the earth’s surface in order to address climate change. In fact, the scale and urgency of climate change requires we tap these resources to build a sustainable future.

It’s a story of two imperatives. The first is well understood: To stay within the limits of planetary warming that the overwhelming scientific consensus views as tolerable, we cannot continue to power the economy with combustion. The International Energy Agency and Carbon Tracker Initiative have already identified a planetary “carbon budget,” estimating we can burn only about one-fifth of the untapped oil and gas currently on the books of publicly traded companies and state-owned enterprises.

Let us be clear: We’re on the side of science. To keep global warming as close to 1.5 degrees as possible, we need to stop burning things—oil, gas, not to mention coal and biomass—as fast as possible.

There is a second less-discussed imperative: net zero construction. Transportation, electricity and industry account for only 60 percent of carbon emissions—far from the zero target of 2050 agreed to during last year’s Paris climate summit.

Buildings account for approximately 30 percent of emissions, about half of which comes from the “embodied” carbon emissions of the building itself, meaning the energy it takes to make the building materials, transport them and build the building. Portland cement alone accounts for 5 percent of all carbon emissions worldwide. Steel and aluminum require intense industrial heat to manufacture. Lumber, in general, needs to stay in the ground as trees to sequester as much atmospheric carbon as possible. With the world in the midst of an unprecedented period of urbanization and three billion people set to enter the global middle class in the coming decades, emissions from construction are at an all-time high.

Combined, these two imperatives appear to represent a very tall order: Not only do we need to move oil and gas out of combustion; we need a new material palette for constructing the 21st century. If we only look at oil and gas as part of the problem, we might see these as two enormous challenges requiring herculean political leadership in the face of powerful industrial interests. For the most part, this is exactly how conventional climate wisdom has been looking at it. There is, however, a more productive framing of the problem: On the one hand, we have a stranded resource (oil and gas) and on the other we have a resource vacuum (building materials).

The question: Can we rapidly change the ratio of how petroleum is used, from mostly combustion to mostly materials?

When Building, Not Burning, Becomes Key to Climate Change Success

The question is, can we actually build with oil and gas?

Absolutely, and we’re not starting from zero. Oil and gas already are the primary feedstocks for the polymers industry. The real question is, can we rapidly change the ratio of how petroleum is used, from mostly combustion to mostly materials? The good news is that some oil and chemical companies already are preparing for a future in which advanced materials are a larger part of their business. Royal Dutch Shell, SABIC and Dow/DuPont have made strategic moves in this direction. Royal Dutch Shell named Chad Holliday  nonexecutive chair of the board in 2015. Holliday, the former CEO of DuPont and former chair of the World Business Council for Sustainable Development, was brought on to lead the company’s transition to a low-carbon business model. Shell’s chief oil and gas scientist, Joe Powell, told colleagues at Massachusetts Institute of Technology that there is no reason the industry could not completely flip the ratio, with 80 percent of oil and gas going to material feedstocks.

It’s not just the Dutch oil giant: Dow Chemical, now merging with DuPont, has already brought to market an array of building materials, from solar shingles to advanced insulation products, that will both generate and conserve energy while sequestering oil and gas safely as building materials. At the conclusion of their merger, Dow and DuPont are set to spin off a company completely dedicated to advanced materials.

Likewise, Saudi Arabia has built an entire city devoted to advanced petrochemicals. Jubail Industrial City, the world’s largest civil engineering project, is home to the headquarters for the Saudi Basic Industries Corporation, better known as SABIC, one of the largest petrochemicals producers in the world and tied closely to the kingdom’s oil producer, Saudi Aramco.

The goal is to reduce the amount of lumber, cement, aluminum and steel used, substituting them with advanced petro-based materials with superior characteristics. Each of these legacy materials is significantly more carbon-intensive than its hydrocarbon-based alternative, and, in many cases, structurally inferior. For example, carbon fiber-reinforced plastics are now the premier material for high-performance vehicles and engineering applications. Thanks to such materials, BMW’s leading-edge i3 electric vehicle uses no structural steel in its passenger module and has increased strength and dramatically reduced weight, reducing the size of the battery needed to move the car the same distance. It won’t be that long before most vehicles are made this way.

Boeing is using carbon fiber and advanced composites for half of the structural components of its 777 and 787 airframes, providing lighter weight and higher integrity. Similarly, plastic and composite wood products are commonly used in both structural and decorative applications for both exterior and interior architectural uses, exhibiting superior weathering and durability and requiring no special tools.

Cement, too, is in line for a transition, as it comprises just 5 percent of worldwide carbon emissions. New polymer-and-sand composites are being developed that offer faster curing times and increased stability without compromising on ease of use or design flexibility, all while reducing greenhouse gas emissions.

In other words, instead of denying climate change and cynically defending their old business models, a few major players are actively figuring out how to disrupt themselves and thrive in a sustainable economy. They are figuring out how to send hydrocarbons up the value chain in the form of high-value materials, products and engineered systems, rather than up the smokestack in the form of polluting emissions.

Of course, the refining and reforming process needs to also be powered by renewable energy, but Sandia National Laboratory is already working on harnessing concentrated solar to achieve reliable industrial heat. In the process, we can fulfill the commercial demand and personal aspirations of a growing global middle class while building an on-ramp to the next economy for oil and gas companies.

There is another benefit to repurposing unburnable carbon: acceleration. The single largest obstacle to progress on climate change is no longer the price of renewable energy. Wind and solar are now fully competitive with fossil fuels for power generation. The largest obstacle to change is the oil and gas companies trying to defend their combustion-based business model. What they are fighting is a price on carbon.

To impose a simple price on emissions, whether through a price on carbon or a cap and trade regime, without a feedstock shift would mean stranding the asset and destroying trillions of dollars of market value of publicly traded and state-owned enterprises, many of which are woven deeply into the fabric of our retirement systems and global security calculations. Every retirement saver who has a broad index fund holds some amount of unburnable carbon in their portfolio. Zero out that asset and we’ll trigger another depression-scale event.

Further, the companies that own these assets—giant oil companies, energy utilities and others— wield extraordinary power because of their outsized earnings and subsequent campaign contributions and lobbying. That means they have trillions of reasons to fight any proposed limits on burning the energy reserves they already own, never mind exploring for new ones. Even President Barack Obama was forced to declare an “all of the above” energy policy that included new fossil fuel exploration—assets that could never be burned if we were to stay under 450 parts per million of carbon in the atmosphere. Thus, we have today’s zero-sum stand-off: You can have a livable climate or you can have your oil and gas companies, but you cannot have both. With a feedstock shift, there is no need to choose.

Even better, our geopolitical situation would be vastly improved. With oil key to energy and energy key to growth, oil price has had an outsized influence over the global economy.

Research by Steven Kopits of Douglas-Westwood, an oil sector analytics firm, indicates that availability of oil is already a primary constraint on China’s economy. A feedstock shift would realign the interests of oil-producing companies and countries with the needs of the future, namely, helping to build sustainable, livable, productive communities. For relations with OPEC member states and Russia, this represents a powerful lever to induce better behavior. For Japan and China, it means increased security at a time of rising tensions in oil-transit routes. For the Middle East in general, it means a transformation in what has been a devastating century of petropolitics. Relations with Europe would benefit too, where German Chancellor Angela Merkel has wanted the U.S. to help execute a renewable energy Marshall Plan for years.

Sudden industrial shifts happen when the technology and strategic rationale are there. In 1912, Britain’s First Lord of the Admiralty, a young Winston Churchill, shifted the Royal Navy from coal to oil. The reason was not because of a coal shortage in Newcastle. Oil’s physical properties meant that the fuel was easier to load, was readily available across the British Empire and its energy density enabled a shift to more powerful internal-combustion propulsion systems. Above all, it was vastly more advantageous.

Today, the technology, strategic rationale and, most importantly, the financing are aligned once again. For companies with large holdings of oil and gas reserves, such a solution appears to offer the best chance for preserving, if not increasing, shareholder value.

Joel Makower is chairman and executive editor of GreenBiz Group, an award-winning author of more than a dozen books, and a senior fellow at the Strategic Innovation Lab.

Mark Mykleby is a retired Marine Corps Colonel and co-director of the Strategic Innovation Lab at Case Western Reserve University.

Mark Campanale Founder and Executive Chair of The Carbon Tracker Initiative
URL: https://www.brinknews.com/how-the-oil-and-gas-industry-can-help-save-the-world/
Get ahead in a rapidly changing world. Sign up for our daily newsletter. Subscribe
​​