How to Resolve Europe’s Banking Dilemma 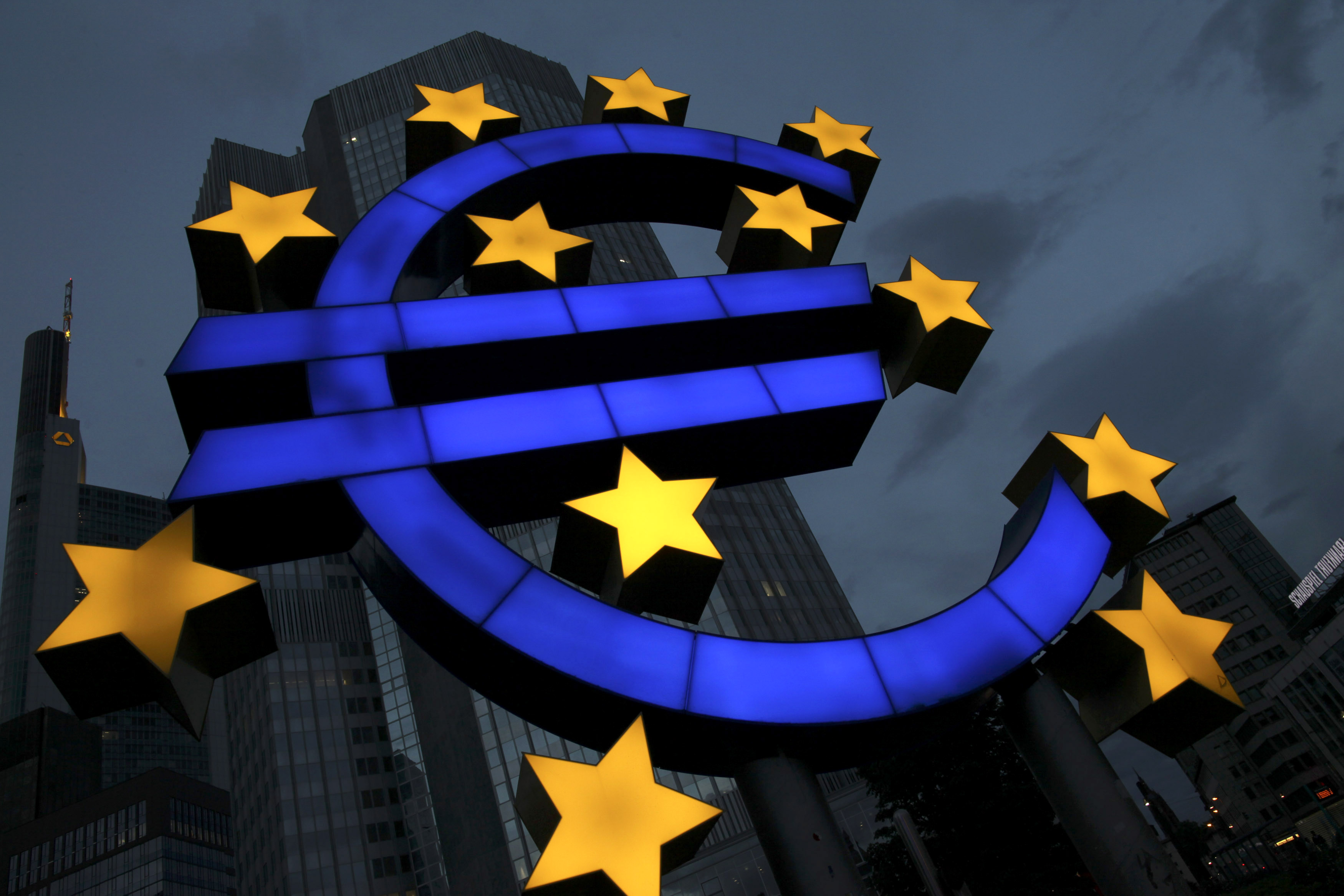 A euro logo stands in front of the headquarters of the European Central Bank in Frankfurt am Main, Germany. The ECB has recently introduced a tiering system and, by doing so, intends to protect some banks’ excess reserves from negative interest rates.

At a recent gathering of old schoolmates, two friends asked me when I expected banks to start charging clients for their deposits. My buddies run two mid-sized companies, the famous “Mittelstand,” or the small- and medium-sized enterprises that are credited with Germany’s economic success. Full disclosure, I do work for a German bank.

The brief exchange about the European Central Bank’s monetary policy and, in particular, the negative interest rates the ECB charges banks for keeping excess reserves with it illustrates the uncharted territory that banks and nonfinancial corporations are inching closer to in parts of Europe. It is the territory wherein traditional banking and the so-called real economy increasingly converge in their struggle to generate profits.

Until very recently, the export-oriented Mittelstand seemed almost immune to the challenges in the financial sector. It was global in its footprint, cash-rich and thriving. Banks were useful to manage cash flows, but very often not as providers of credit. Investments were mostly financed through retained earnings. When the first signs of a slowdown of trade flows and growth appeared on the horizon, they were taken in stride. They merely seemed to represent a temporary dent in the German success story, rather than a worrying sign of things to come. That is no longer the case.

As the real economy in the euro area slips into a recession, or at the very least, stagnation, the challenges surrounding its financial sector become more evident. Some of them are driven by the economic cycle, some are structural (the business model is changing because of digitization), but others are caused by regulation and an incomplete institutional setup.

It is the latter that I would like to focus on, as banks and regulators have, for too long, wasted precious time in blaming each other for the ills of the sector. Banks say that monetary policies are killing off profits, and regulators are doing too little to overcome the fragmentation caused by the aftermath of the financial crisis. Regulators respond that banks are slow in reducing costs and timid in adapting their business models to the new digital era. In addition, they should seriously consider consolidating their businesses — in other words, some of them should merge, either within national borders or across them.

Both sides have a point. However, it would be helpful if both sides identified the most significant stumbling blocks and started to remove them. Better still if they acted together. To do so, a few facts need to be kept in mind:

The low interest rate environment is here to stay. Given the recent trouble experienced in the U.S. repo market, ensuring that liquidity can flow freely will be a task of paramount importance on both sides of the Atlantic. Given the worsening macroeconomic environment, central banks will try to make sure that interest rates stay low along the yield curve. Hence, it would be surprising if monetary policies tightened anytime soon. Banks need to accept this reality and move on.

Charging banks for keeping excess reserves with central banks can have unintended consequences. This is because financial institutions can start charging their own clients for keeping cash with them. In this case, instead of loosening financial conditions, banks could end up tightening them. The transmission channel of monetary policies could clog up. As so often careful calibration is required.

The ECB has recently introduced a tiering system and, by doing so, intends to protect some banks’ excess reserves from negative interest rates. The new measure should cushion some of the blow of unconventional monetary policies. Will it be enough? Hardly. But it is a sign that the ECB recognizes its policies are a real problem for banks.

In the end, only stronger banks will manage to absorb a sudden slowdown of the economy and support it when needed.

There is no level playing field in Europe. The European jurisdiction is far from being a level playing field. The Banking Union is unfinished business. Common supervision works — although national discretion remains an issue. More concerning is the fact that resolution tools and deposit insurance are far from perfect or truly European. The market is still fragmented.

The standoff between host and home countries of banks with a multinational footprint is still there. The vicious circle between sovereigns and banks, the infamous doom loop, is not broken. Ideas about a euro area safe asset have come and gone. They remain a topic of conversation, but mostly among aficionados. European member states are still stuck in a web of red lines that they are unwilling to remove.

Worse still, there is no real capital market union in sight. When the project was first introduced a few years back, politicians seemed to hope that firms and households would find ways to tap capital markets directly in order to open new channels of funding for the real economy.

Banks were still repairing their balance sheets, and the need for alternative forms of funding seemed all too real. Conscious of the big hurdles it would face in member states, the European Commission proposed smaller measures intended to stimulate rather than force the issue. So far, this approach has not worked. European banks sense a missed opportunity. They would like a real capital markets union as it would also provide the chance to operate more like their U.S. counterparts and originate and distribute loans instead of holding most assets on their balance sheets. The idea is to free capital and make banks more agile.

The Need for More-Nimble Banks

To support the development of capital markets, rather than focus on removing the most difficult barriers, such as national insolvency laws, Europe could focus on introducing guarantee schemes for certain sectors that have a real impact on the whole economy. Such guarantees could lower the risk for creditors and debtors and support the issuance of securities. The asset-backed securities market in Europe is still not working, despite efforts by the EU Commission to stimulate it by adapting the regulatory framework.

In the end, only stronger banks will manage to absorb a sudden slowdown of the economy and support it when needed. The need to enable the development of more agile banks is, therefore, becoming a central issue that not only banks themselves but also the next EU Commission, parliament and member states need to face and address.

European politicians should have the courage to complete the tasks they gave themselves in the wake of the financial crisis and create a real system of incentives for banks to support the economy more effectively.

Completing banking union is paramount as is real progress on capital markets union. Ultimately, banks need to embrace the huge changes they are facing. But both sides need to realize that continuing to complain about each other is a very futile exercise indeed.

Til Schuermann Partner and Co-Head of Oliver Wyman’s Risk & Public Policy Practice
URL: https://www.brinknews.com/how-to-resolve-europes-banking-dilemma/
Get ahead in a rapidly changing world. Sign up for our daily newsletter. Subscribe
​​