Invest in Water Today or ‘Chase’ it Tomorrow 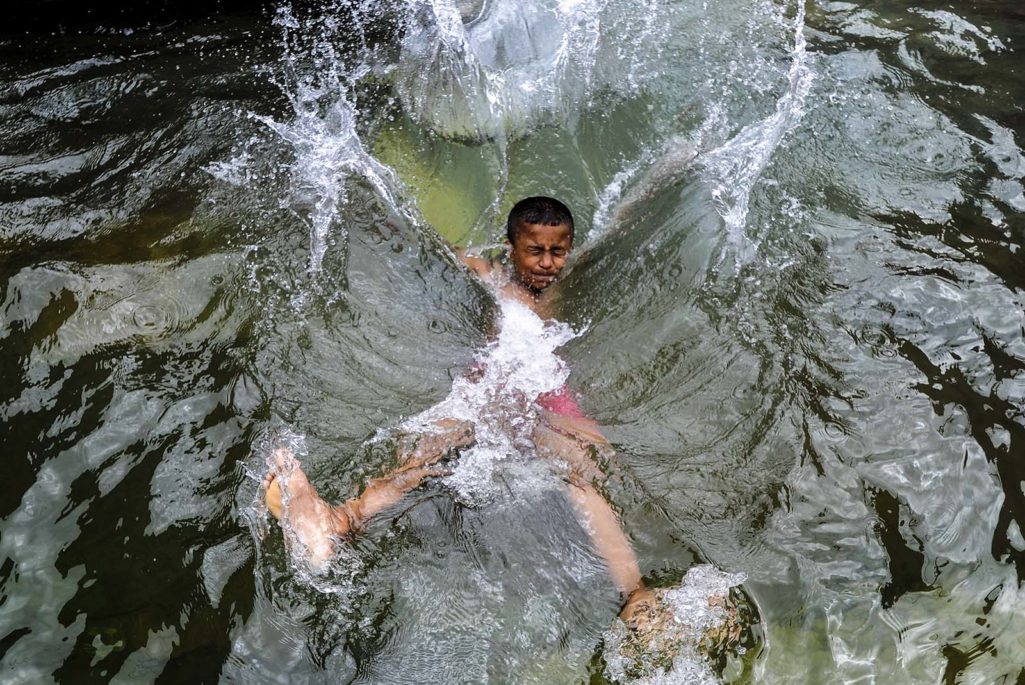 A Nepalese boy splashes in a pool of water collected from a stone spout near the Patan Durbar Square in Lalitpur, about five kilometers south-east of Kathmandu.

Here’s a hot tip for any region that wants more economic prosperity and job security over the next century: invest in water.

Water is in high and ever-increasing demand. Despite what one might think from the way we use it, fresh water is not in infinite supply. While most of the planet is covered in water, only about one percent is fresh and accessible. In fact, water shortages are increasing, with about 20 percent of the human population already living in areas with water scarcity. By 2025, that number could reach as much as 60 percent.

World Water Day, as celebrated today, is a blip on the radar: a reminder to pause and think about something we literally take for granted every day. We are facing a global water crisis and we need to do something about it.

When we look at the world’s water use versus water supply, the numbers don’t add up. In the last century, water use has been growing at twice the rate of human population growth. We can’t ignore this statistic or its consequences. Our irresponsible use of water directly impacts human lives and livelihoods (droughts and famines), the environment (loss of species and ecosystems), and the economy.

The potential economic impacts of water shortage are clear when looking at how we use water. Of all the fresh water people use, about 70 percent is used to produce food, industry uses another 20 percent, and the rest is used for direct consumption. About 52 billion cubic meters of water are used annually for global energy production. Water is an essential ingredient in manufacturing, energy and food. When the well dries up, industry can no longer operate at even the most basic level.

Companies with foresight that intend to continue operations 20 or 50 years into the future, have a water risk and contingency plan. While some will seek to innovate with waterless or water-saving technologies and procedures, the majority will take the simpler route by shifting supply chains to less water-intensive products. This is chasing the water—literally moving operations to more water-secure areas. This is easier said than done, and at the very least will result in a short-term loss in efficiency and productivity.

Do governments and businesses want to invest in water now or do they want to chase it later?

In India and China, the threat of economic losses due to water shortage is real and looming. In a business-as-usual scenario, the World Bank estimates that India could lose six percent of its GDP by 2050 due to water shortages. Meanwhile China, home to 20 percent of the world’s population, but only seven percent of the world’s freshwater, is poised to lose around $35 billion a year by 2030 when water demand is expected to exceed supply.

While the problems caused by our irresponsible use of water are daunting, there are solutions. Using less water is the most obvious and the fastest way to make a dramatic difference in the world’s water crisis. Take rice, for instance, one of the thirstiest crops grown. About 40 percent of the water withdrawn for agriculture goes to growing rice, but the System of Rice Intensification, or SRI, has demonstrated that water use for growing rice can be cut by as much as 50 percent.

This is true for other crops as well, through a combination of selective breeding for drought resistance as well as better planting, management practices, and irrigation technology.

Because freshwater supply and quality is intrinsically linked to the health of terrestrial ecosystems, investing in water is not a crazy idea. It’s not even new. New York City embraced it in the late 90s, demonstrating one of the most successful and celebrated examples of ecosystem services management. Instead of spending $6-8 billion and untold maintenance costs to build a filtration plant, the city invested about $1.5 billion in protecting the Catskills Watershed habitat.

There’s no reason projects like this, which have positive impacts not only for human populations but for the environment as well, should not become more common. We can halt soil erosion by replacing and/or protecting forests and grasslands in watersheds while improving water quality and quantity, restoring wildlife habitats, and creating carbon sinks.

All of these investments cost up front, from relatively small amounts for upgrading to water-efficient manufacturing equipment to the larger sums for protecting an entire watershed. But odds are that money spent now will pay off in the future as water demand rises and its status as a commodity becomes precious.

The question regarding governments and businesses then becomes: Do they want to invest in water now or do they want to chase it later, in the hopes that someone else hasn’t beaten them to it?

Stefan Ellerbeck Senior Writer, Formative Content at the World Economic Forum
URL: https://www.brinknews.com/invest-in-water-today-or-chase-it-tomorrow/
Get ahead in a rapidly changing world. Sign up for our daily newsletter. Subscribe
​​