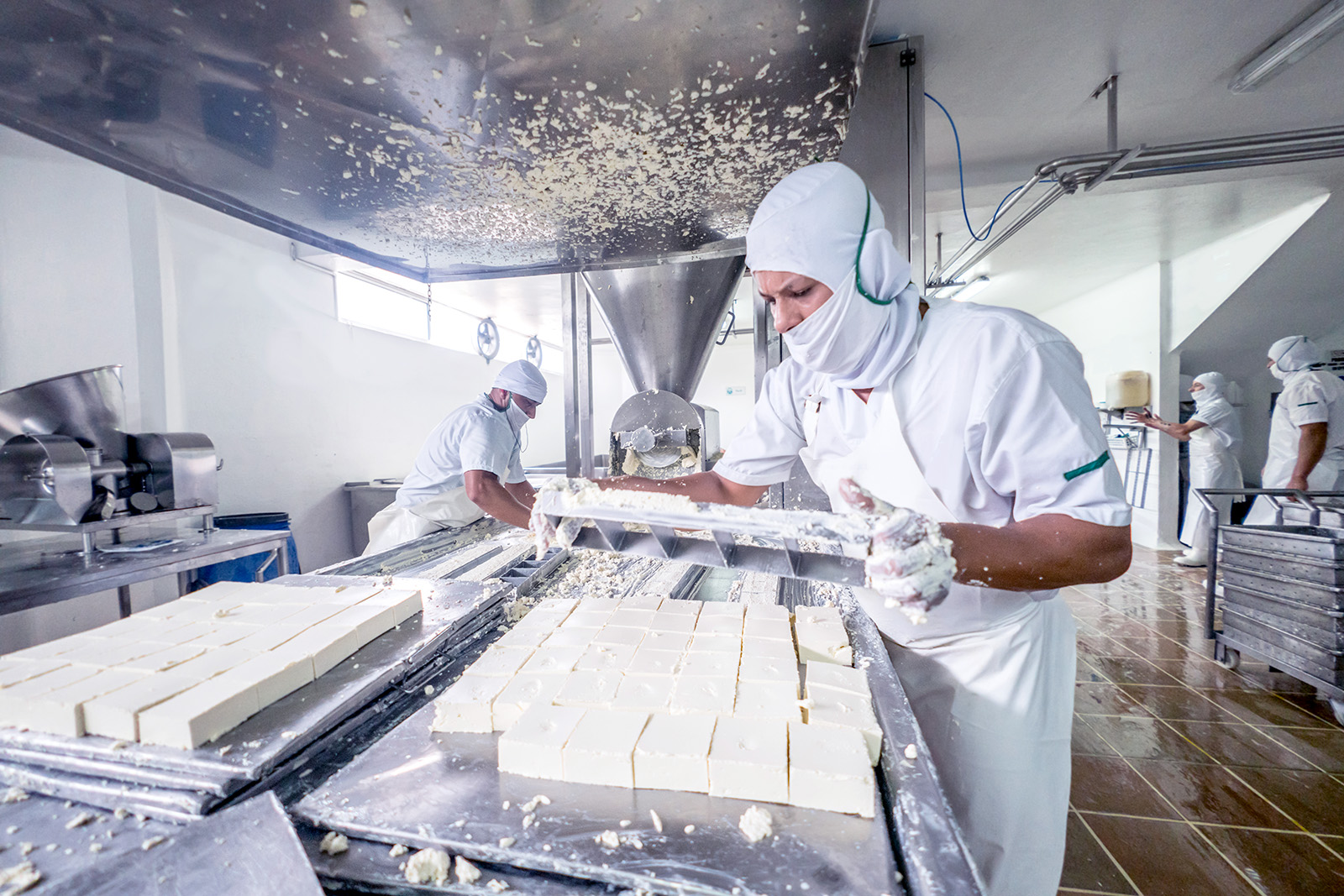 On top of already strenuous jobs, almost two years of pandemic stress has taken a very human toll. One study shows that for food workers in restaurants, food production and agriculture, the risk of dying went up by 40% during a period of the pandemic — and 60% for Latinx workers.

There is one pivotal difference between global trade and shipping in general and the global trade of food, specifically. For manufactured goods, China largely dominates global trade. That is not the case for food. Food production happens virtually everywhere, but few countries are self-sufficient.

Trade is important to them all. But — and this is a significant but — food production and trade are both far more decentralized.

Certainly, there are countries that dominate in the production and trade of cereal grains and oilseed — eight countries represent 65% and 85% of these products, respectively. But other countries dominate fresh, frozen, or processed fruits and vegetables as well as animal proteins and seafood. And while cereals and oil seeds might be shipped in the holds of ships, most of the food items that people eat that aren’t processed into flour, feed or vegetable oils are shipped in containers.

Odd, then, that much of the current news on the shipping container crisis isn’t focused on food or what percentage of containers are used for global food trade.

What people are not yet talking about, but should be, are the ghosts in the food system.

While grocery shortages are not as visible now as at the beginning of the COVID-19 outbreak, supply has not recovered to pre-pandemic levels. Are grocers just better at hiding it? Maybe there’s such an abundance of food products (in certain countries) that it’s not as much of an inconvenience? Food price increases are noticeable — up 4.6%-10% depending on the product — but not quite as harsh as luxury goods, like sofas. I recently read that the average price of a sofa is now $1,000 more due to shipping costs.

Perhaps it’s because food production is so global, and even specialized, that trade in food has become increasingly important. Many countries cannot produce what they want to consume because of geographic, climatic or other reasons, for example, tropical crops (coffee, cocoa, banana, pineapple, avocado, tea), those affected by seasonality (fresh fruits and vegetables), or even because the global prices are much higher than what they can afford domestically (seafood).

Labor Shortages Are Having the Biggest Impact

The biggest impact on every stage of the food supply chain from the field to vessel to fork is the impact of the pandemic on labor, even more than container availability. Increasingly, people are not willing to bet their life on the kind of low-paying and often dangerous jobs that are most common in food supply chains.

On top of already strenuous jobs, almost two years of pandemic stress has taken a very human toll. Seafarers on fishing and container vessels, for example, aren’t allowed to disembark because of inconsistent border and travel restrictions. And inequitable and unregulated vaccine distribution and varying vaccine regulations means some can’t do their jobs even if they want to.

One study showed that for food workers in restaurants, food production and agriculture, the risk of dying went up by 40% during a period of the pandemic — and 60% for Latinx workers.

To break the logjam of ships stranded off the coast of the U.S., President Joe Biden plans to open several California ports 24/7. But are there enough workers to staff them? Or will this lead to dock worker strikes, which have already occurred in several countries over vaccines and unsafe working conditions?

Furthermore, while the pandemic caused this disruption, climate change will cause similar disruptions, as production becomes more variable and processing and trade volumes follow.

Having a more distributed system seems to make the global food system less vulnerable to production shocks. But many of the biggest food shocks have been caused by trade policies, which have led to riots and political unrest, particularly in cities, not in the countryside. Policies that restrict trade from the largest areas of production are precisely what triggered food shortages, riots and political unrest in consumer countries that culminated in the Arab Spring. That was precipitated by Russian wheat exports closing due to the fear of domestic price rises in Russia and political instability. And yet, history may repeat itself. Russian wheat supplies are low, and prices have risen 42% in the past year. After instating a permanent floating-rate tax, exports will decrease.

Droughts in the U.S. and Canada have reduced production as well, meaning three of the eight largest exporters will have less product on the market. Trade from these eight countries helps fill the global gaps when there are droughts, natural disasters or even political upheaval.

Each Year, the Impact of Climate On Food Chains Increases

The question going forward is how many of the main exporting countries can be affected before we feel the difference from a global food security perspective? The time to watch out for is the 2030s, where most of the major production areas are expected to be experiencing a decade-long drought.

What people are not yet talking about, but should be, are the ghosts in the food system.

Globally, we are much more dependent on massive movements of labor to fill shortages in food-producing countries. In the past, this was often done through economic enticements or having better benefits than the prospects at home.

How Will We Feed Climate Refugees?

Today many from rural areas are becoming refugees — climate refugees — because they are being pushed out of their homes from food insecurity, extreme weather, conflict, agricultural degradation and lack of water access. In the next 30 years, projections suggest that there may be one billion or more of them.

When people are displaced, what will this mean both for their ability to find livelihoods and for food production and supply chain labor? What can we redesign now to better prepare for the future?

This all suggests that climate change is already creating rolling impacts on global food production, our supply chain infrastructure and food-producing communities themselves. It will be hard to grow ourselves out of this problem.