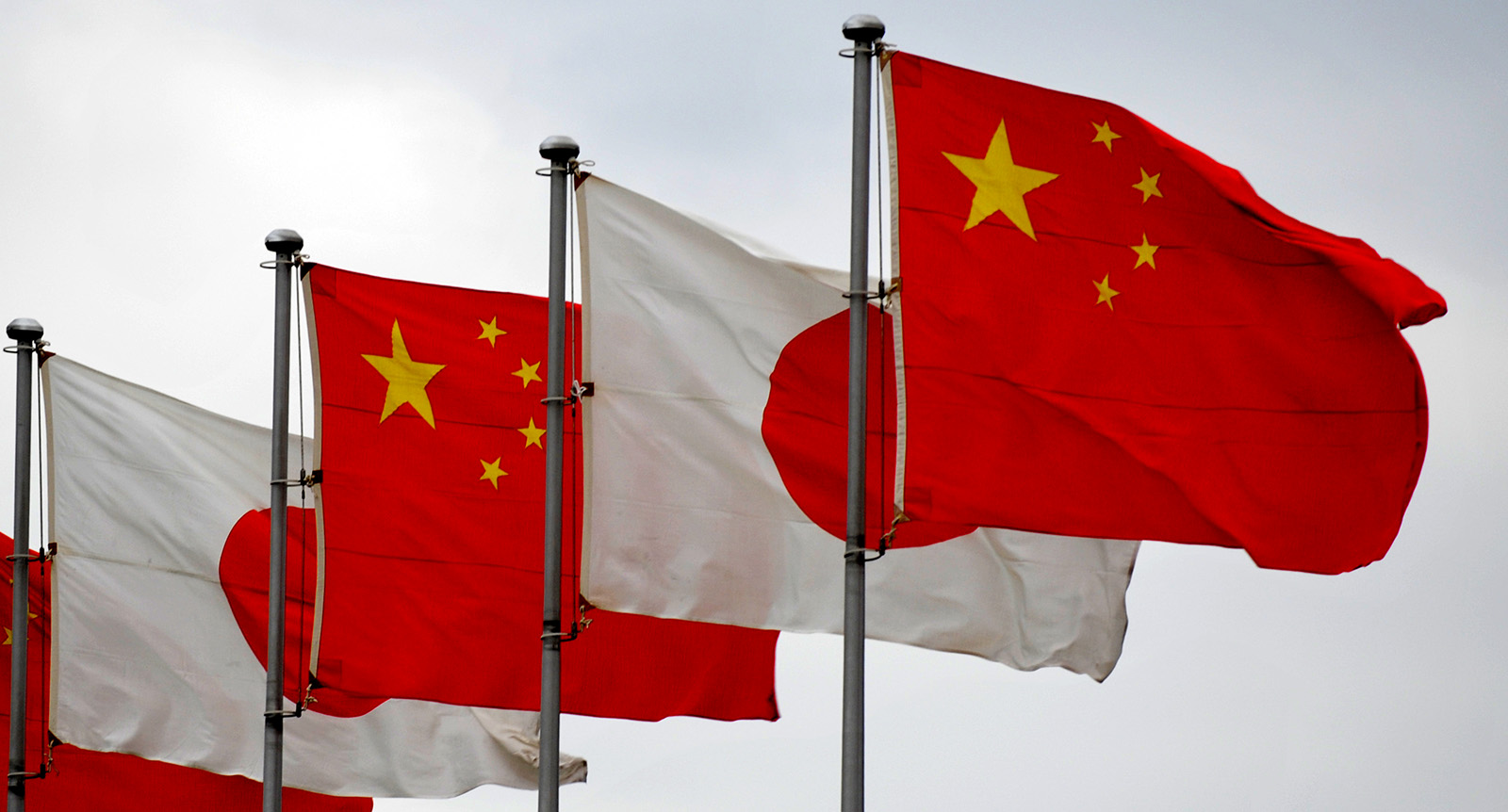 National flags of Japan and China on display at Tokyo's Haneda Airport. While China may be king in terms of trade, it falls well behind Japan in investment in Asia.

Despite grand narratives surrounding the Belt and Road Initiative, the project has not yet led to the surge in overseas investments touted by China. The initiative was conceived to foster economic cooperation and development through infrastructure investments, however the reality is that domestic considerations have taken precedent over an abstract geopolitical agenda. According to figures released by China’s Ministry of Commerce last week, Chinese foreign direct investment (FDI) rose 7.9 percent in 2017, reaching $135 billion, but outbound FDI (ODI) declined by 29.4 percent, amounting to $120 billion during the same period. This constitutes the first annual contraction in outbound flows since 2009.

China has gone back to being a net-recipient of FDI, after briefly joining the likes of the U.S. and Japan in attaining net donor status in 2015. The decline in ODI does not come as a surprise, even in the context of intensifying Belt and Road rhetoric, as the country has faced relatively strong external pressures to attract foreign investment in 2017. This is a consequence of policies put in place to reverse single-sided depreciation expectations on the yuan in previous years. As a result, authorities have resorted to obstructing ODI deals, particularly in non-core areas and have, in some cases, required companies to sell their overseas assets and repatriate profits.

Meanwhile, Japan has continued to grow its investments overseas. ODI flows reached $130 billion between January and September 2017, according to figures compiled by the Japan External Trade Organization (JETRO), and are positioned to outstrip 2016’s level of $170 billion. This means that Japan surpassed China in the first nine months of the year alone.

China went back to being a net recipient of foreign direct investment in 2017, even as Japan continued to grow its overseas investments.

Japanese investment is more relevant both globally and within Asia-Pacific than that of China in terms of stocks and flows. Japan’s ODI stocks in the ten largest economies in Asia, excluding China, reached $259 billion in 2016, while Chinese ODI stocks in the same list of countries only reached $58.3 billion. This excludes investments to Hong Kong, which, representing 60 percent of China’s total ODI flows, acts primarily as an intermediary of flows between China and the world. As seductive as the narratives surrounding China’s BRI may be, the truth is that more emphasis should be paid to the impression that Japanese corporates are making on the economic landscape in the region.

China eclipses Japan in trade with the region. The frenzy surrounding China’s role as the lender du jour for the emerging world, in particular for Asia-Pacific, can be largely explained by China’s very significant trade flows to and from the region, which are much bigger than ODI. China’s total bilateral trade, including exports and imports, from the region (excluding Japan) amounted to $1.3 trillion in 2016, which is roughly equivalent to one-third of China’s total trade with the world, according to figures compiled by the UN Comtrade. By comparison, Japan’s total bilateral trade with the region (excluding China, its largest import market and second largest export market) only amounted to $365 billion during the same period.

To put this into context, Japan’s trade with Asia is only equivalent to one-fifth of China’s, helping to explain some of this fixation. Both countries possess surpluses with the region, but China’s is hundreds of billions of dollars more than Japan’s. The need to diversify unbalanced economic relations away from trade and toward investments along with expectations of an official campaign to boost investments in much-needed infrastructure may have prompted Asian policymakers to focus on developing closer ties to China. The Asian giant is, after all, one of their largest trade partners, but was this thinking erroneous?

Yes and no. Trends may change again this year. The yuan strengthened by almost 7 percent in 2017, amid a slump in the U.S. dollar and a rebalancing of cross-border flows. This has made Chinese authorities more comfortable with the notion of gradual deceleration in 2018—the price to pay for higher ODI and increased internationalization of the yuan. Moreover, tighter monetary policy in the U.S. may add to pressures on the exchange rate going forward, but these will be offset to some extent by increased foreign inflows into the onshore bond market, opening a window of opportunity for regulators to lower capital requirements and remove restrictions to outbound flows. Compounded with the fact that China’s share of global ODI stocks in the world remains low relative to its share of total output, this should also be conducive to boosting ODI flows next year.

Sufficient Room for All

In sum, while China may dominate in terms of trade, it lacks considerably behind Japan in terms of investment. Fears surrounding China’s hegemonic dominance in the region may have been overplayed; given the large infrastructure investment gap in Asia-Pacific, countries should welcome the engagement of all stakeholders. Japan, meanwhile, remains a key player in this sphere and will continue to be so for the foreseeable future.

Tom Friedman Author, Reporter and Columnist for The New York Times
URL: https://www.brinknews.com/japan-outstrips-china-in-investment-in-asia/
Get ahead in a rapidly changing world. Sign up for our daily newsletter. Subscribe
​​