Leaving Value on the Boat 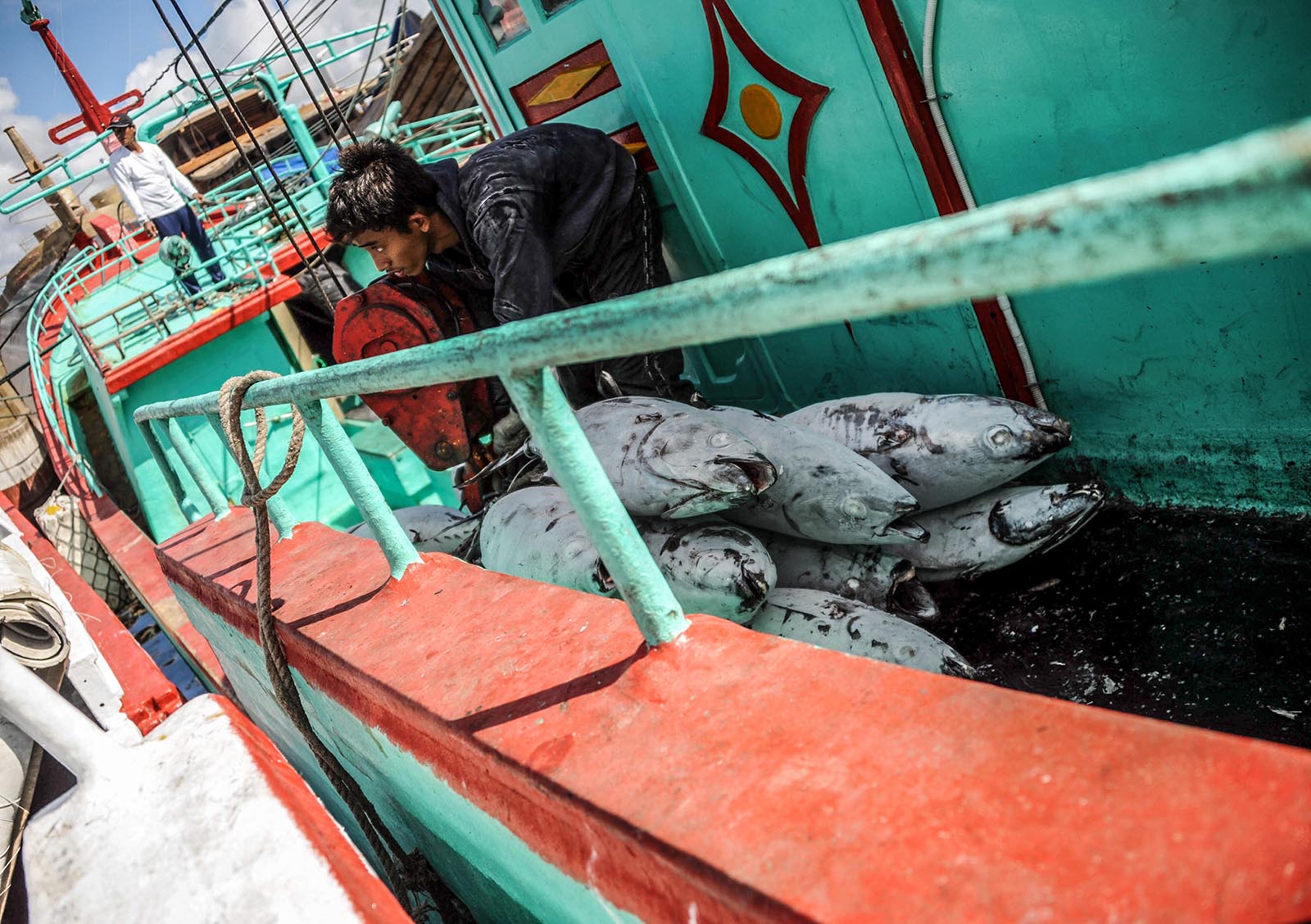 Indonesia workers prepare to load tuna fish onto a truck at Benoa fishing port in Denpasar, on Bali island.

Nearly 90 percent of the world’s fisheries are being harvested at or beyond full capacity. For these fisheries, taking more fish is not an option. The question is whether there is a way to produce more value with fewer fish.

The issue is even more pronounced with small-scale fishers. It’s difficult to convince them to buy into better management if it means restricting the number of fish they catch. This would be a tough sell for anyone. Even those who acknowledge that sustainably managed fisheries are essential for their livelihoods still have to feed their families and provide for them in many other ways as well. Sustainability often takes a back seat.

One idea, however, may help fishers see their way beyond this predicament: taking waste out of the boat. The idea is simple. The implementation? Not so much.

Today, nearly every small-scale fisher leaves value in the boat. Put simply, a fish is caught at its peak market value. It can never be more valuable than the moment it comes out of the water. From that point on, the quality and value deteriorate. By maintaining value that would otherwise be lost, producers can simultaneously increase their income and reduce the number of fish they take. This would increase overall income and well-being while allowing fisheries to rebound.

To be clear, the issue isn’t about food loss or waste. All fish that are landed can still be sold in local markets. There is no food loss, per se. What’s lost is a tremendous amount of value..

Take the tuna company Meliomar, for example. Operated by Zurich-based Blueyou, the company sources high-value, sashimi-grade yellowfin tuna from a small-scale fishery improvement program in the Philippines. It currently buys only 3 percent of the tuna landed by the local fleet of handline fishers. If fishermen used new technologies and better management practices on their vessels, the share of exportable, sashimi-quality tuna could increase to 70 percent of the fish caught. This means that 23 times more fish could be of export quality. At the dock, sashimi-grade, export-quality tuna is more than three times as valuable as low-grade tuna sold domestically. All told, this could represent a nearly 70-fold increase in value for fishers.

Fishing’s loss of value just doesn’t affect the small-scale fishers, but local communities and governments, too.

And, the loss of value does not just affect the small-scale fishers, but local communities and governments as well. How many more jobs would be created by processing, maintaining the quality of and exporting 23 times more fish that’s three times as valuable? What could those wages be spent on? What revenue is being lost to government? What infrastructure would be available that would benefit everyone, such as roads, energy, communications and refrigerated supply chains?

Anecdotal evidence suggests that this is an issue across species globally. If small-scale fishers could retain the value of their catch, they could catch half as many fish and double their current incomes. This would be a win-win situation. So how do we make this happen?

Keeping Value in the Boat

This is where we need some basic research. We need to know, for instance, the extent of value loss rates among different species and different geographies. For each, we need to understand how the lost value occurs, the best ways to maintain value by species and geography and the costs of interventions. These could be relatively simple case studies. Once drafted, they could be presented to multi-stakeholder groups for further insights and nuance.

Research on six to 10 key species will give us credible insights into the issue and also provide a methodology that can be applied to other fisheries. There is already anecdotal evidence for other tuna species in other locations, as well as for octopus, shrimp, salmon, crab, abalone and lobster.

With these findings, WWF and others can leverage the power of digital platforms to engage fishermen, companies and researchers alike to share data for species from around the world, inviting experts from other countries and sectors to offer insights, analysis and evidence-based recommendations. Indeed, radical transparency on a precompetitive basis is critical. It will help us learn much faster about how to manage valuable fisheries globally. We can take a page from the Global Salmon Initiative, whose members compete in the marketplace but work together precompetitively to share information about their efforts to reduce salmon aquaculture’s impacts on the environment.

The long-term goal is to help fishers make enough income so they can afford to let fish stocks rebound, and to ensure they understand how difficult it is to bring collapsed fisheries back. Leaving less value on the boat and leaving more fish in the ocean are two critical outcomes that can help improve the quality of life for millions of fishers while strengthening the health of fisheries globally.