Multilateral Banks and the Role They Play in Climate Change Reduction 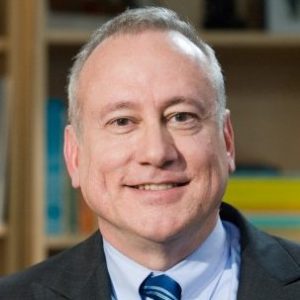 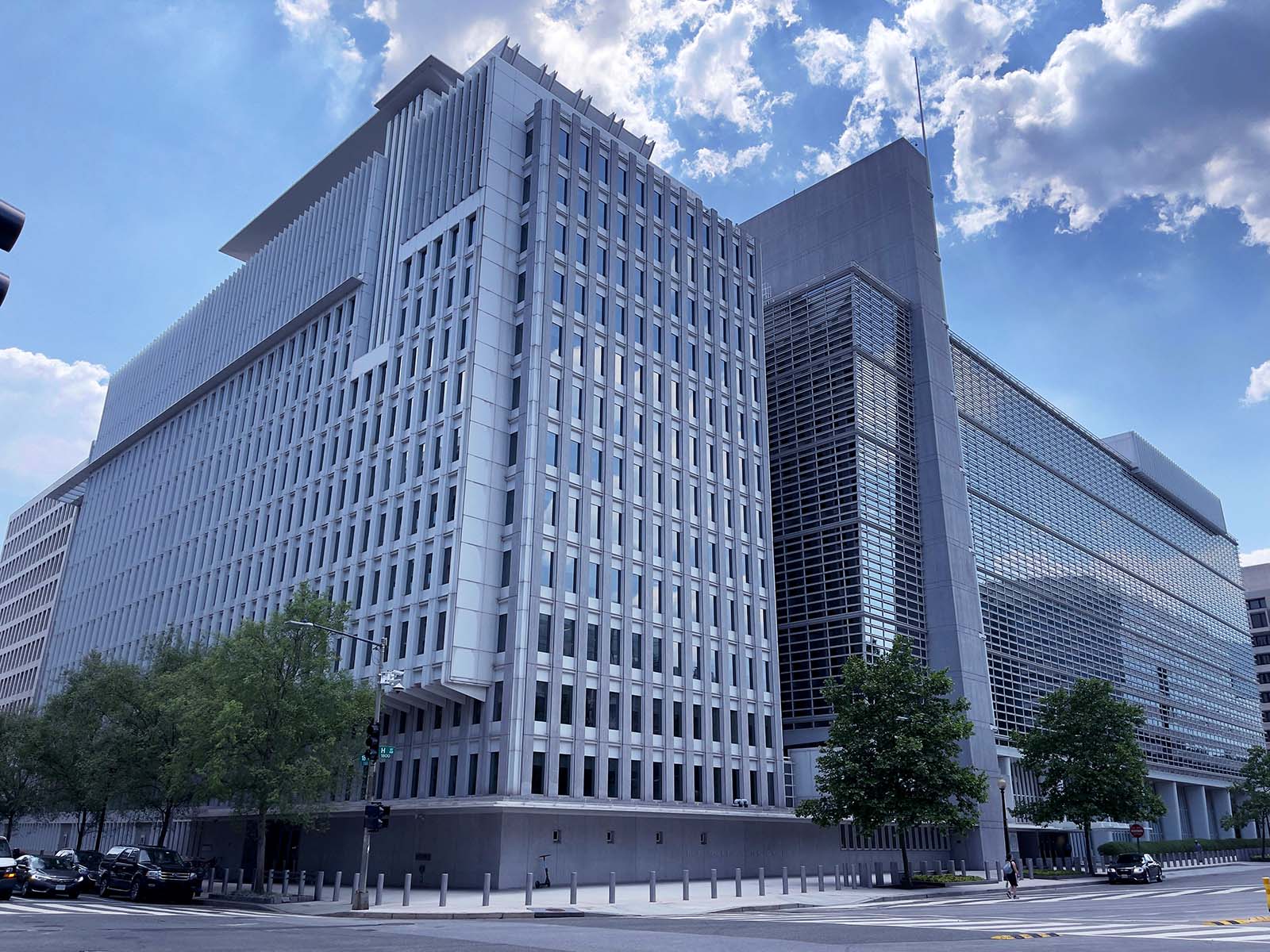 The World Bank headquarters is seen in Washington, D.C., on May 20, 2021. MDBs are focused on developing countries, but the major carbon-emitters are large developed countries — the United States and Europe.

There is growing pressure on multilateral development banks (MDB), such as the World Bank and the Asian and African Development Banks, to make greener investments in the developing world and align with the targets set by the Paris Agreement on climate change.

Mark Plant is the director of the Sustainable Development Finance Program at the Center for Global Development (CGD) and the chief operating officer of CGD Europe based in London. He says that they are starting to make this a priority.

PLANT: These multilateral banks have set targets for how much of their portfolios should have a positive climate impact. Most of them are looking at about 50% by 2030, and they’re around 35% to 40% now. That doesn’t mean the other half isn’t climate friendly, but the question is how much is squarely aimed at confronting the climate challenge that the world faces.

BRINK: Is that fast enough, given the rapid change that’s now underway in the climate space?

PLANT: No, they were inline with pre-COVID thinking, but there’s been a sea-change in everyone’s thoughts since then. There’s now much greater awareness of global economic interconnectedness and the need to act in concert. One of the things that will help the banks accelerate their progress is the change in the U.S. administration. Most of the MDBs have a representative of the United States government sitting on their boards. During the Trump administration there was some hesitancy to move aggressively on decarbonization for fear of alienating one of their major shareholders.

BRINK: There have been years of climate protests outside World Bank and IMF meetings. Are you surprised that it’s taken them so long to catch up on this?

PLANT: No. The MDBs are focused on developing countries, but the major carbon emitters are large developed countries — the United States and Europe. And while China, India and Brazil are also big carbon emitters, the MDBs impact in these large developing countries is at the margin. So decarbonization has not been central to the MDBs’ purpose until recently.

Creating the Right Economic Growth Is Not Easy

In the last four or five years, people have been coming around to the idea that we need to have sustainable growth not only in the developed countries, but also in the developing countries — where we have the chance to set the pattern for the economic growth for years to come.

The potential for global growth in the next 20 years is in middle- to lower middle-income countries. They’re going to be the engines of growth. That makes the decarbonization mandate much more central to the mission of the MDBs.

BRINK: So do the multilateral banks see green growth as an opportunity in these low to middle income countries rather than a problem?

PLANTt: Yes. It’s an opportunity to grow right, if you will. Some of these countries may be smaller relative to the size of the world economy, but they will grow. China is in many ways a harbinger of what might happen in other developing countries. Thirty years ago, China was not considered an economic powerhouse.

I think people now look back on the Chinese experience, and perhaps think what if China had grown in a carbon-friendly way? We’d have a different carbon load in the industry. So we need to think about growth more broadly than just producing more — the question is how do you produce more while making it sustainable?

PLANT: No, I think they’re all pretty much at the same place. They’re going to differ a bit in how they arrange their carbon portfolios. The Asian Development Bank is going to be lending to the economic tigers of Asia, where the economic structure is more advanced.

Adaptation versus mitigation is a real problem for some of the MDBs: They know how to do mitigation, but it’s adaptation that really makes a difference in people’s lives in a lot of the very poor countries.

If you’re looking at some of the countries in Africa that are very poor, it’s going to be a very different equation because these countries are really not big carbon emitters.

In fact, their contribution to the global carbon load is minimal, and you need to focus on how to get them to grow. So you might not worry as much about the initial carbon load of energy generation because it’s so small, but what you want to do is figure out how they grow it into the future.

Adaptation Vs. Mitigation Is a Big Challenge

The other challenge is adaptation versus mitigation — a real problem for some of the MDBs. They know how to do mitigation: You move from fossil fuel-based energy production to a sustainable energy production, and it is becoming more and more possible to do that on a wholesale level, if you will.

But it’s adaptation that really makes a difference in people’s lives in a lot of the very poor countries — climate change is going to happen so the question is how do you adapt lives and livelihoods to the new climate reality? That’s a much more retail change which has to be brought about country-by-country, and even village-by-village.

Suppose you’re the minister of finance of a small African country. You have a limited budget: You can either change your gas-producing plant to solar or you can build badly needed schools and hospitals. What do you do?

More Than 110 Investors Discuss How They Plan for the Unexpected

Those are the kinds of choices that each country’s government is now having to make.

To the extent that the MDBs can alleviate the budget constraints by providing more financing, so much the better. But to date, the resources the world is devoting to developing countries are insufficient, so the choices will remain.

The trick is to find synergistic solutions — ones that are going to be both good for economic and social development and climate improving. Some progress has been made on this, but a lot more work needs to be done.

BRINK: John Kerry, the U.S. Special Presidential Envoy for Climate, has been demanding an increase in climate financing. Are we going to see a bigger proportion of climate financing coming out of the MDBs?

PLANT: That’s the hope, and certainly it’s grown over time. In 2019, the climate financing from MDBs for developing countries was about $45 billion, which is about an 8% increase over the previous year.

The MDBs see their role more and more as motivating the private sector and private development to do the right thing and to go in the right direction — and they see pro-climate financing as being part of that process.

Paris alignment is a bit of a fuzzy term as to exactly what it means because it can be widely interpreted. The real question will be when it gets down to individual projects — how do they decide what is climate enhancing and how much of each project counts towards their climate finance goals?

If they can do that in a consistent and transparent and consistent way, that will be real progress. It’s a complicated system to coordinate, but with the Biden administration in place, world leaders are pushing in the same direction. This gives a clearer steer to the MDBs about greening their portfolios.

Mark Plant is a senior policy fellow and director of the Sustainable Development Finance Program at the Center for Global Development (CGD). He is also the chief operating officer of CGD Europe, based in London.

Til Schuermann Partner and Co-Head of Oliver Wyman’s Risk & Public Policy Practice
URL: https://www.brinknews.com/multilateral-banks-and-the-role-they-play-in-climate-change-reduction/
Get ahead in a rapidly changing world. Sign up for our daily newsletter. Subscribe
​​