Out of Sight, Out of Mind: Illegal Production and the Global Food Chain 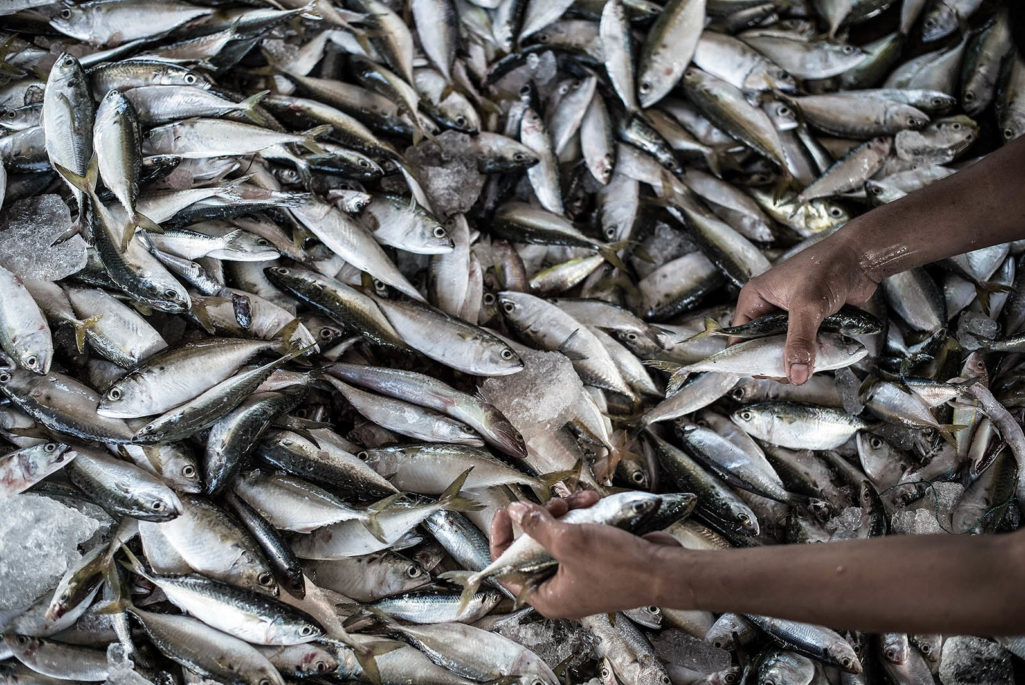 A migrant worker sorts fish on June 30, 2015, in a port in Mahachai, on the outskirts of Bangkok. A belated Thai clampdown on illegal fishing is forcing unlicensed vessels back ashore, threatening to paralyze the key industry, as Thailand desperately tries to avoid an EU ban on exports worth $1 billion a year.

[This is the debut of Jason Clay’s bi-monthly column, The Future of Food, which explores current issues and future trends affecting global food systems.]

Which of us really knows where or even how our food is produced? Guess what? Many companies don’t either. This is one of the consequences of a more globalized economy linked to more specialized food systems.

What is Acceptable Risk?

World Wildlife Fund research suggests that, depending on the globally traded food commodity, between 5 and 50 percent is not produced legally in the country of origin. The issue is not some global standard defining what is illegal. Rather, it is defined by whatever laws and regulations a producer country already has in place. In fact, the data suggests that what is consumed domestically might even be more tainted by illegality. Awareness about this issue, and the risk it poses to food companies and governments alike, is beginning to build, though we are a long way from consensus about how to address it.

Illegality in food production stems from five sources: access to the resource, labor rights, fraud, corruption and other regulations such as compliance with deforestation laws, the protection of riparian areas and the use of agrochemicals. The end result is the same: Illegally produced commodities pose risks to all stakeholders, including governments, traders, retailers, brands and consumers.

These findings are reinforced by many sources. In its 2015 July/August issue, the Atlantic recently found that 10 percent of global food is adulterated. Other sources assert that up to 50 percent of “olive oil” sold in the United States is not even olive oil. And several studies, including those from WWF, suggest that between 17 and 31 percent of global seafood is not produced legally.

The problem is that, while widely acknowledged by practitioners on the ground, the scope of illegality in the global food system is not well-documented. Moreover, the link between illegality and such issues as deforestation, biodiversity loss, water quality and overfishing is rarely made.

This is another inconvenient truth: Once companies are aware of the issue, they need to address it. What has evolved is a “don’t ask, don’t tell” approach to food. But is this the way to run a global food system?

For governments, illegality undermines the rule of law and encourages corruption, but the contradiction is that it is also thought to increase employment, exports, taxes and economic growth. For consumers, illegality can pose health risks through dilution and adulteration. For trafficked workers on palm oil plantations or “sea slaves” on fishing boats, the issue is bonded labor and even slavery.

Illegality tarnishes reputations, permeates supply chains and affects the bottom line, particularly of companies trying to stay legal. However, the biggest risk to companies is that exporting governments don’t address the issue—either they aren’t aware of it, can’t, or it doesn’t suit them to do so. For governments, it is about jobs, economic development, exports, revenue and taxes, among other issues.

Another risk to companies is that consumers will actually care about the issue once they understand it. Take horse meat for example. In 2013, when it became public knowledge that horse meat had been sourced from Romania, processed in the Netherlands and sold in the UK, sales of frozen burgers plunged 43 percent in the UK alone. Ultimately, it was the retailers, the last line of defense before the consumer, who pulled hundreds of thousands of pounds of product from shelves throughout Europe.

Though widely known by practitioners, the scope of illegality in the global food system is not well-documented.

Illegality is not an issue that is going away soon. In fact, it is likely to get worse before it gets better due to several recent trends.

First, we are living during a time of expanding global trade and longer supply chains. This is driven, in turn, by a more affluent global population and increasing uniformity in the nature of global demand. One can just as easily go to the same fast-food restaurant or big-box retailer in China as they can in Egypt or Brazil.

How does a company address illegality at a time when there is pressure to use even more resources to feed 9 billion people by 2050? Moreover, on average, everyone will consume more, be wealthier and consume food—particularly animal protein and fresh fruits and vegetables—differently.

Further complicating the issue is climate change, which is driving weather variability and severe events that are making food production more difficult, expensive and less predictable, increasing the incentives of many producers in exporting countries to take shortcuts.

A Systemic Issue with Systemic Solutions

The ultimate irony is that despite how disruptive and damaging illegality can be for companies, neither the issue nor its implications are well understood. Once companies are aware of the issue, they “own” it. They know risks exist, but not necessarily the degree or extent of it, and perhaps more importantly, how to avoid it.

That shouldn’t be surprising. There has never been a systematic effort to undertake research or collect data or anecdotal evidence about the issue in one place, much less globally. As a result, many questions remain unanswered.

Some companies have become aware of and have tried to fix this problem. But it is hard for any one company to address the issue by itself. It is far easier to simply walk away from such suppliers, but is that really the solution? Is it better to try to fix the whole system rather than just buy the product someplace else?

The first step to address illegality in production is to create awareness. Then we can build consensus about the key issues, as well as how to prioritize and sequence them, and then identify and recruit key partners.

Illegality is a collective risk. Diverse and even competitive companies will have to work together to find solutions, as none can address the issue alone. Another way to think about this is that taking illegality out of supply chains is a pre-competitive issue.

On a finite planet, an “out of sight, out of mind” mentality is simply not acceptable. We have to start managing this planet as if our lives and our children’s lives depend on it. They do.