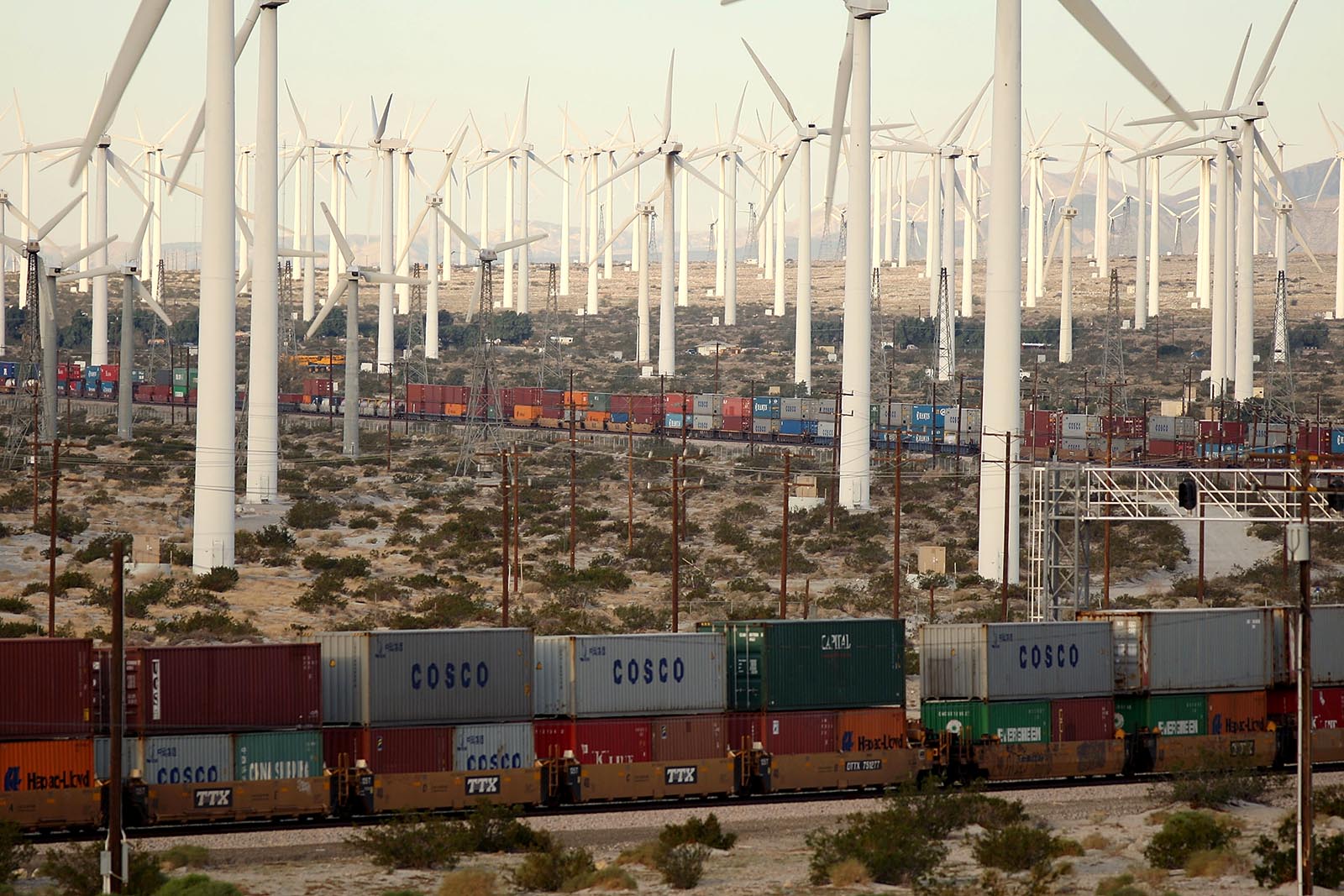 A freight train passes over a stretch of the San Andreas fault in Palm Springs, Calif.

The world’s major countries have been enjoying solid economic growth over the past few months, and this recovery clearly creates opportunity for expansion and innovation. However, the operating risk for companies in today’s global environment should not be underestimated. Building resilience against a wide and expanding array of potential shocks is required for sustainable success.

In 2017 we experienced instability stemming from a range of sources: intensifying societal polarization; assertive nationalism and a weakening commitment to multilateralism; numerous geopolitical flashpoints; and far-reaching cyberattacks, both state-sponsored and financially motivated. There are few signs that these challenges will reverse this year.

The Global Risks Report, prepared by the World Economic Forum with the support of Marsh McLennan and other partners, evaluates the major threats facing the world over the next decade. It draws on survey data provided by nearly 1,000 members of the risk community, spanning business, government, academia and nongovernmental organizations.

The survey revealed deep pessimism about the direction of international relations. Ninety-three percent of survey respondents expect that political and economic confrontations between major powers will increase in 2018. There were high levels of concern about an increase in state-on-state conflicts that may draw in other countries. Western respondents also highlighted growing concern about economic protectionism.

Technological risks are seen as a rising global threat. Business leaders in advanced economies consider large cyberattacks to be the No. 1 risk for doing business in their respective countries, and respondents in most parts of the world anticipate these attacks will get worse in 2018. Societal risk emanating from the increase in media echo chambers and fake news is also expected to grow.

On a longer-term horizon, environmental risks ranked highest in both likelihood and impact. Extreme weather and failure to adapt to climate change showed the greatest leap in concern since last year’s report, perhaps reflecting the hurricanes, earthquakes and wildfires suffered during September when the survey was open. However, even before the devastating events of 2017, apprehension in this area was strongly reflected in this survey. Recent European elections revealed continuing dissatisfaction with mainstream parties, with far-right, nationalist and populist parties gaining ground in Germany, Austria and Spain. Italy, Hungary and Sweden go to the polls next year. Moreover, disagreements between countries over Brexit, immigration and further integration issues are becoming more acute at a time when greater coordination in response to potential crises is needed.

Regional players and smaller states—especially those across Asia and the Middle East—are struggling to seize opportunities and avoid being sidelined or crushed. Among major powers, an increased preparedness for confrontation has disturbed traditional alliances, facilitated proxy conflicts and created worrisome levels of brinkmanship. Given this geopolitical climate, serious conflicts could arise from accidents or missteps.

With national sovereignty paramount, commitment to international institutions and multilateral agreements is fragile. Trade agreements are unraveling, and the functionality of the World Trade Organization has been undermined; the Paris Agreement now lacks the U.S. as a signatory; and various nuclear nonproliferation agreements, including that with Iran, are under threat. The deployment of so-called “sharp power,” focused on pressuring and manipulating opinion to gain influence, is on the rise.

Cyber breaches recorded by businesses are escalating, having nearly doubled since 2012. Attackers have become more sophisticated and persistent, and there have been more incidents with systemic ripple effects. The takedown of a single cloud provider could cause as much economic loss as Hurricane Katrina, and the aggregated cost of cybercrime to business is projected to be $8 trillion over the next five years.

Two trends make cyber an even more challenging risk. First, cyber exposure is growing sharply as companies become more dependent on technology. For example, the explosive growth in interconnected devices, from 8.6 billion today to an estimated 20 billion by 2020, and the increasing use of artificial intelligence expand the attack surface significantly. Second, state-sponsored attacks are likely to escalate given the changes in the geopolitical climate. Cyber-risk management may be improving, but firms will have to invest significantly more to counter the growing threat of well-resourced attackers with objectives that range from simple theft and disruption to economic espionage, reputational damage and the crippling of key infrastructure and services.

2017 included the most extreme month on record for the intensity and duration of Atlantic storms and the most expensive hurricane season ever. Economic losses from Harvey and Irma were an estimated $175 billion. The challenges posed by Hurricane Maria’s damage to Puerto Rico proved extremely demanding, with huge swaths of the island’s infrastructure out for months. Wildfires in California, Chile and Portugal also caused significant loss of life and economic damage.

Extreme weather is by no means the only environmental challenge to many centers of population and commerce. According to the World Health Organization, indoor and outdoor air pollution are together responsible for more than one tenth of all deaths globally each year. Large emerging market cities such as New Delhi endured particularly difficult spells, but pollution spikes in places such as London and Paris have also resulted in significant health impacts.

With the climate continuing to change—2017 was the hottest non-El Niño year on record—weather patterns will become ever less predictable, with impacts on biodiversity and food security. A simultaneous failure of corn (maize) production in the world’s two main growers, China and the United States, has recently been assessed as a one-in-twenty chance per decade. Progress in both regulation and disclosure requirements is needed to reduce the probability of the worst-case climate scenarios. Businesses should take proactive measures in anticipation of the structural changes in the economy that will likely come from tightening policy requirements.

No Room for Economic Complacency

Positive growth in recent months shouldn’t blind us to potential economic fragilities. The debt-to-equity ratio of the median S&P 1500 company (excluding financials) has almost doubled since 2010 and is now well above pre-financial crisis levels. Asset prices in some sectors are at historically high levels. Global debt has risen to a record $233 trillion, and at 318 percent, the global debt/GDP ratio remains near its all-time high.

Against this backdrop, how will investor and corporate confidence fare in the event of a major geopolitical altercation, an aggravated trade standoff or a technological catastrophe—none of which is implausible?

Corporate lifespans are dramatically shortening. The average time companies spend in the S&P 500 index was 61 years in 1958 versus 12 years today. Given the rapid changes in the global environment, the pressure to define a strategy with both ambition and resilience against major shocks has never been higher.

CEOs and their leadership teams need to reconcile growth and innovation opportunities with risk and security considerations and rigorously assess the value of potential initiatives in a wide range of scenarios. A dual focus on prevention and response—given the increased velocity of new and unpredictable risks—is needed.

A companion report on how to handle risk in a rapidly changing business environment is available here.

Andrew Yeo Senior Fellow and SK-Korea Foundation Chair in Korea Studies at Brookings Institution’s Center for East Asia Policy Studies
URL: https://www.brinknews.com/reconciling-opportunity-and-resilience-in-changing-times/
Get ahead in a rapidly changing world. Sign up for our daily newsletter. Subscribe
​​