Striking a Balance in Oil and Gas 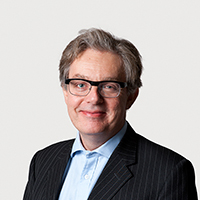 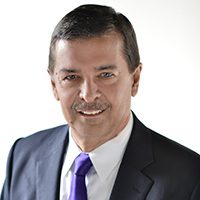 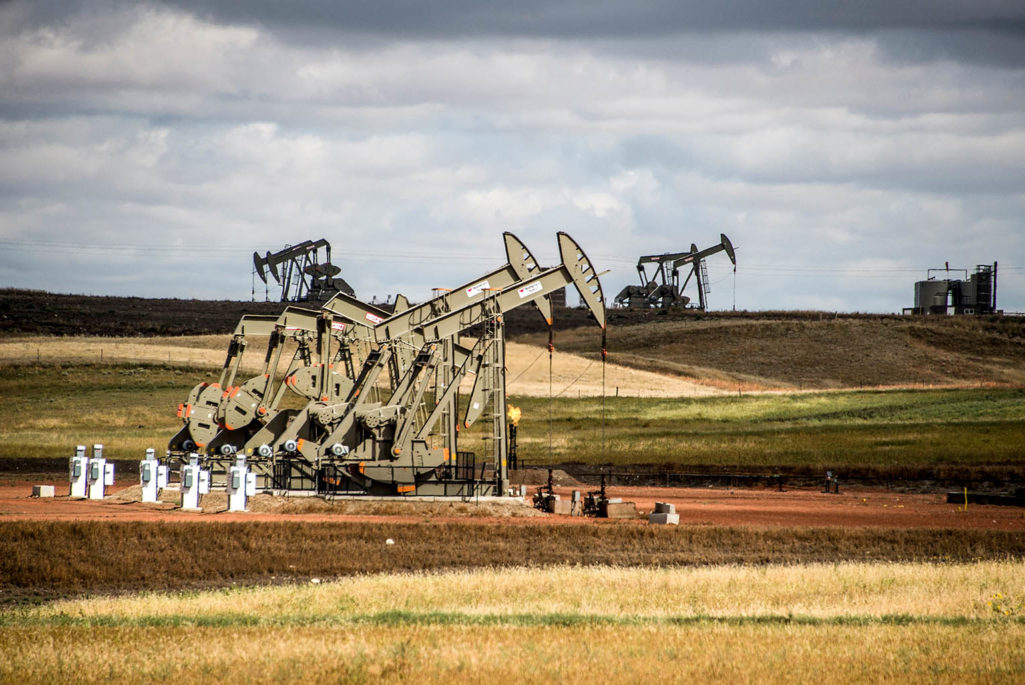 Pump jacks are seen on the Bakken Shale Formation, near Williston, North Dakota.

Oil and gas companies are making major strategic moves designed to provide stable cash flows in an era in which oil prices are likely to fluctuate between $50 and $60 a barrel.

Major European players such as Total and Shell are moving into renewable power generation, while others such as Devon, ConocoPhillips and BP are focusing on improving the quality and cash flow from their core holdings.

Devon and ConocoPhillips are expanding their reach in shale. BP is investing more in deep-water exploration and production. Others, such as ExxonMobil and Shell, are moving more into petrochemical manufacturing and lubricant sales.

Squeezed by smaller capital budgets, cut by 60 percent down to $200 billion in the past two years, oil and gas companies are prioritizing investments that provide near-term cash flow over longer-term, technology-enabled plays. Frontier exploration budgets have been slashed, in favor of lower risk, incremental exploration. In North America, budgets are expected to rise by 20 percent per year through 2021, but they will be spent primarily on low cost, quick-to-production shale fields, such as Permian and Eagleford. (See Exhibit 1.)

The easy-on, easy-off production of shale has changed the nature of portfolio management in the oil and gas industry in large part because shale drilling is now profitable even if oil prices sink to levels as low as around $45 per barrel. Producers are planning for a tighter price band in the neighborhood of $50 to $60 per barrel of oil equivalent, with greater volatility, at the same time that they scout for growth opportunities to steady expected major shifts in future energy consumption and production.

Oil and gas players are struggling to balance both growth and short-term cash flow while properly and swiftly evaluating the trade-offs involved in investment decisions. Capital management processes are just not up to the task of reviewing portfolio choices more frequently and more exhaustively, especially in the current volatile environment. Already, companies are being forced to abandon investment plans made just months earlier because market dynamics have shifted dramatically, invalidating earlier decisions.

To keep up with energy industry’s current furious pace of change, oil and gas companies need a new approach. They need to rebalance short-term versus long-term investments, stress test the impact of their more frequent investments on their portfolio more rapidly, and determine if they are focusing on the investment areas where they can effectively create value.

Oil and gas companies are shifting their mix of investments from long-term to short-term projects in response to the fact that their capital allocation decisions are now scrutinized on the basis of their impact on cash flow instead of on the traditional measure of reserve additions. With budgets less than half their 2014 size, producers are favoring investments in projects likely to produce oil in three years or less over longer-term, complex, deep-water projects. All told, 70 percent of the investments planned by the oil and gas industry’s big five super majors are in shorter-term projects, up from only 30 percent in 2008. (See Exhibit 2.) The move to shorter-term investments to shore up oil and gas companies’ balance sheets could result in longer-term risks for the industry. Smaller production increases could lead to a shortfall in global production by 2020, according to the International Energy Agency. In addition, there’s a risk that oil majors may miss out on technological step changes if they focus solely on deploying short-term, incremental, technological innovations. For example, they may underinvest in digital innovations, such as big data, predictive analytics, geomatics, drones, and robotics that have the potential of significantly lowering oil and gas players’ break-even points and transforming the economics of expensive plays such as deep-water drilling.

On the positive side, the focus on multiple, smaller investments could help reduce companies’ potential negative exposure to widely anticipated shifts in the energy landscape that remain uncertain, such as the emergence of the electric car and the rise of renewables. Companies such as Devon, ConocoPhillips, and ExxonMobil that believe in the durability of the hydrocarbon future are placing very different bets from other companies, such as Shell, that want to create new options for the future by investing more in renewables. It’s unclear which bet is right. But by making more short-term investments, oil and gas players can hedge their bets by taking advantage of the option to delay large investments until the long-term direction of the energy landscape becomes clearer.

The combination of a shift to more frequent, short-term investments and greater uncertainty means that oil and gas companies need to make investment decisions in a fundamentally different way. In addition to annual deep dives and regular quarterly reviews, companies need to develop the capability to conduct customized real-time portfolio scenario analysis.

In today’s whipsaw environment, oil and gas players must be able to almost instantly model the question: “What would be the impact on net present value and cash flow if a firm reallocated $1 billion in incremental development funding from the North Sea to the Permian Basin?” One leading player has developed an executive decision-advising portfolio system that enables executives to do just that in order to nimbly evaluate the impact of an investment on the company’s portfolio and quickly reach investment decisions almost on an ad-hoc basis.

But developing the capability to answer real-time “what if” questions in a coherent manner requires a higher level of commitment to making rapid investment decisions than has existed in the past. For starters, companies need to identify key risks and focus on the two to three in each portfolio element that will have the highest impact on any given portfolio decision, be it a political risk, safety risk, regulatory risk, technical risk, supply-chain risk, or the potential lack of access to a certain market.

In addition, a more frequent and rigorous interaction among corporate planning, the executive team and the regional businesses has to be established to ensure that both the potential positive impact of an investment on the company’s portfolio, as well as the risks it presents, are properly weighed—along with determining what will be required for its practical implementation.

To effectively evaluate these more rapid investments in a complex context, executives also have to balance both deterministic and probabilistic investment evaluations in an efficient and consistent manner. Oil and gas executives tend to prefer to receive a deterministic “one number” expected value for the value of a project. They want the probabilistic modeling for key areas, such as exploration and capital project execution, to be rolled into that one number. But by doing so, they miss out on the opportunity to understand the increasingly volatile and complex forces at work, which is critical given energy’s presently fast-changing pace. Firms need to develop a view on when it is appropriate to apply deterministic methods and when an investment merits a more multifaceted, probabilistic approach.

Finally, firms must build the digital infrastructure to knit all of this data together in a lucid manner that will support real-time “what if” evaluations. Like the one leading independent oil company mentioned above that has developed this capability, companies must invest in and integrate software tools that can separately estimate exploration risk, well and reservoir performance, economics, and play types—preferably all in a single system.

At the same time that companies are speeding up their investment evaluations, the nature of their portfolio choices is becoming even more complicated. Oil and gas companies are expanding beyond the areas that they are accustomed to. They are eyeing opportunities in renewable resources, power generation, and drilling opportunities—offshore and onshore—in new regions at a time when geopolitical risk in oil-producing nations is rising. And when they examine these opportunities, they are interested in participating in the business of not just drilling for oil and gas, but also refining and selling it.

To get the most out of this expanding set of options, it is critical that companies’ investment themes be firmly established. Firms must re-examine their core capabilities and ask the question: “What are we really good at? Is it deep-water exploration, shale exploitation, wind energy generation, or petrochemical refining?” Then they must explore where they can create additional value in one of the many other areas that are in flux right now, such as power generation or water management. All the while, companies must bear in mind which investment is the best fit to their culture, core capabilities and management expertise.

Firms must scout for portfolio elements where their capabilities can result in a competitive advantage. Then they must organize those advantages around themes such as a geography, resource, skill, or financial flexibility. For example, Shell acquired the BG Group in order to develop a global reach and leadership in liquefied natural gas with the ambition of dominating that business over the next 10 to 20 years. ExxonMobil is now focusing on integrating North American shale production with petrochemical manufacturing in order to lead that business.

To be able to test these options and make choices, firms need to apply a greater range of metrics across a broader swath of themes. Metrics such as the net present value of an asset per barrel or its cash flow as compared to the incremental capital expenditure required should be considered to assess and grade sets of projects that may cover overlapping issues and areas. Then multiple themes such as high-risk exploration, enhanced recovery methods, or shale can be examined as part of a portfolio exercise.

Oil and gas companies, beleaguered by plunging oil prices, are now trying to achieve a more stable state of normalcy by shifting to multiple, short-term investments. While this shift is prudent, it will require some adjustments. Energy players must get into the habit of examining their portfolios more rapidly and in greater depth. Otherwise, they run the risk of being confounded by the rapidly expanding set of risks and energy shifts they are becoming exposed to. Companies that invest in developing an integrated and balanced approach to managing their portfolios of investments are likely to succeed in spotting these shifts as they arise and responding nimbly to the opportunities they present.

Bill Heath is a partner in Oliver Wyman’s Energy Practice. Operating from Board level to the front line, Bill partners with clients to develop and implement strategies.  He combines a results orientated approach with an exceptional ability to build and develop people and teams.  He also runs Oliver Wyman’s Operational Risk practice and the Upstream team.

Robert Peterson is a senior partner in Oliver Wyman’s Energy Practice, focused on delivering strategy and strategy execution projects for clients in Canada, Houston, and Mexico. He leads Oliver Wyman’s Energy practice in Canada, and is the Managing Partner for the Calgary office. Robert has over 30 years of  industry and consulting  experience and has previously held senior management positions at Exxon Mobil and Schlumberger.