The Case for a ‘Strategic Impact Enterprise’ 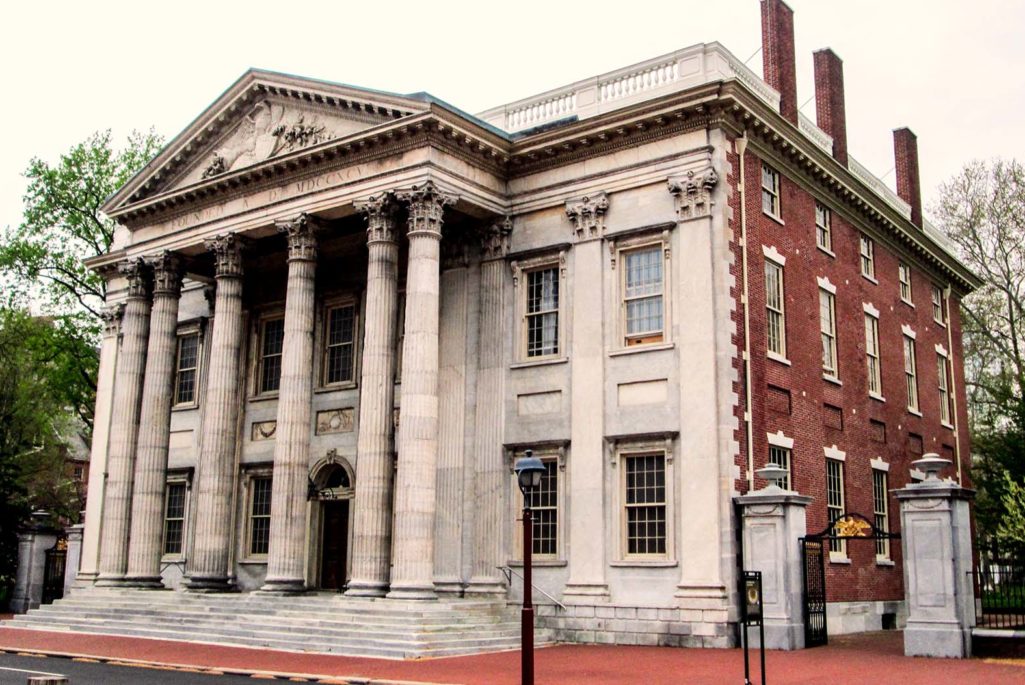 A key to mitigating long-term investment risk could lie in an object lesson from Alexander Hamilton and the founding of the First Bank of the United States.

Alarm bells are sounding in the macro economy and in the heartland. With Washington’s continued focus on partisan red meat and geopolitical intrigue, instead of core economics, it’s time for long-term investors to think about how to mitigate systemic risk.

This is not a late-breaking crisis. In early 2016, BlackRock CEO Larry Fink urged the CEOs of the Fortune 500 to submit their plans for sustainable, long-term growth. His motivation is as clear as his urgency. As the world’s largest asset manager, with more than $5.5 trillion under management, BlackRock has institutional clients that have long-term obligations that today’s low-return, no-growth, myopic business climate is failing to meet, with no relief in sight.

It seems Fink’s clients were the canary in the coal mine. It is now dawning on markets that the “the biggest bond bubble in world history” is at risk of collapse, with some $11 trillion sitting in securities with zero or negative returns in the balance. In January 2017, Federal Reserve Governor Jerome Powell said, “the only way to get sustainably higher interest rates is to improve the broader environment for growth, by adopting policies designed to increase productivity and potential output over the long term–policies that are mainly outside the scope of our work at the Federal Reserve.”

Such fiscal policies are within the scope of Congress. Governor Powell, his boss, Federal Reserve Chair Janet Yellen, and her predecessor, Ben Bernanke, all made the case for more investment, to no avail. Instead, the Federal Reserve’s quantitative easing program was forced to step in, propping up suburban home sales through $1.7 trillion of mortgage asset purchases. But that stopgap program is over. America’s economy continues to underperform and time is running out. Indeed, Chinese, Japanese and Saudi holders of U.S. Treasurys have been selling at unprecedented rates.

Under the new administration there is talk of infrastructure, but current proposals do not match the requirement for sustainable, long-term growth. President Donald Trump has called for increased infrastructure investment, yet the proposal his team designed is neither economically nor environmentally sustainable. His plan’s federal contribution amounts to small-scale, one-time, tax-driven credit enhancements, not any new sustained funding—and the targets, such as highways, are not ideal for private investors. The RNC Platform also hits wide of the mark, as it proposes to “phase out the federal transit program” altogether, despite the fact that 60 percent of homebuyers want to live in walkable, transit-oriented communities.

It’s time for long-term investors to rethink how they can mitigate systemic risk: Take a hint from Hamilton.

In other words, the world is experiencing a savings glut while the U.S. is experiencing a strategic investment deficit. The root of the problem is strategic: The American economy remains chained to the Cold War suburban consumer lifestyle through countless federal subsidies, especially for housing and transportation; subsidies well-defended by incumbents. Yet that car-dependent, isolating 20th Century lifestyle is one a majority of American citizens no longer seek and is one that no longer coincides with reducing long-term investment risk—especially climate change.

How Much Would You Pay for Sustainable, Long-term Growth?

With the policy response sought by institutional investors and central bankers being unlikely, it’s time to find a new solution. As it turns out, at its founding, the U.S. experimented with such an institution. Alexander Hamilton, upon becoming the first Secretary of the Treasury, convinced the 1st Congress and President Washington to create the First Bank of the United States to do something similar.

While mostly known for the role it played in consolidating the debts of the 13 new states, Hamilton structured the Bank without any federal dollars. Rather, he used private funds to capitalize the Bank and then, once the state debt had been consolidated, the Bank began operations to invest in a sound foundation for commercial growth in the new nation. In particular, the Bank helped finance the building and improvement of roads, bridges and ports.

Today, a similar approach is needed, but where the First Bank of the United States was chartered by an act of Congress, a modern-day, “Strategic Impact Enterprise,” can be incorporated privately using the B-Corp framework to replace a federal charter. B-Corp status requires corporate officers to weigh environmental, social and governance issues alongside financial performance. Done right, such a structure can work with institutional investors to turn savings into the kinds of strategic system investments the U.S. requires.

The concept is relatively simple, but revolutionary: institutional investors with exposure to systemic risk can mitigate such risk if they replace missing federal investment and shape the foundation of a sustainable economic engine. The rationale for such action would come from an assessment of total long-term portfolio risk. If an investor assesses that total portfolio risk from climate change, geopolitical conflict and domestic unrest threatens a fiduciary’s ability to meet fund obligations, and there are investment platforms that mitigate that risk, those investments should be undertaken as long as the investor’s total portfolio risk is materially reduced.

Extended as a norm across institutional investors, such investment becomes more efficient than additional taxation, as a lower return on a fraction of a portfolio is better than a 100 percent loss on that same fraction. Given the catalytic GDP multipliers that come from such investments, any reduced return from investments in a Strategic Impact Enterprise would be offset by increased growth broadly across the macro economy—at home and abroad.

And that sounds exactly like what Mr. Fink was asking for.

Til Schuermann Partner and Co-Head of Oliver Wyman’s Risk & Public Policy Practice
URL: https://www.brinknews.com/the-case-for-a-strategic-impact-enterprise/
Get ahead in a rapidly changing world. Sign up for our daily newsletter. Subscribe
​​