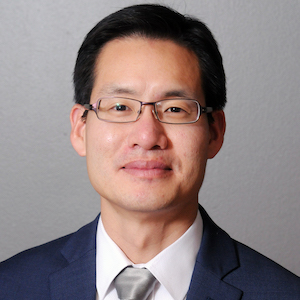 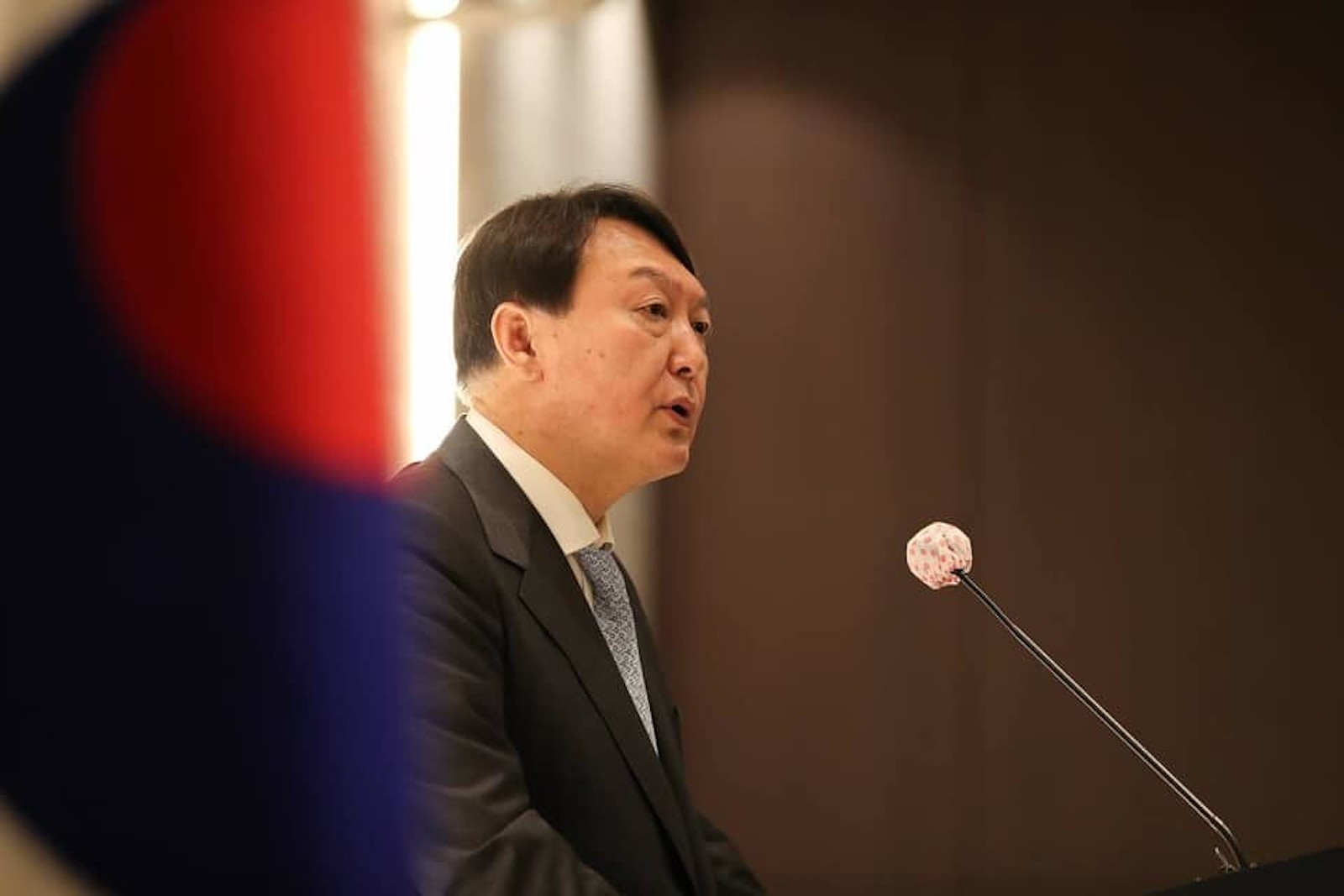 President Yoon Suk Yeol stands before a microphone on a podium to address an audience.

Last month saw a new president elected in South Korea. Yoon Suk Yeol is a populist conservative politician, who narrowly beat President Moon Jae-in from the progressive Democratic party. President-elect Yoon is likely to move South Korea to the right and perhaps take a more confrontational approach to the North.

Andrew Yeo, the SK-Korea Foundation Chair in Korea Studies at Brookings Institution, spoke to BRINK about what this means for the region and for business.

YEO: There’s definitely going to be a change in direction in how the country is governed under this new conservative leadership, even if structural constraints prevent leaders from veering too far off course from the current trajectory.

On domestic policy, we will see less government intervention and deregulation of various industries and sectors to promote economic growth. The government will offer more market-oriented solutions to address domestic problems, particularly the shortage in affordable housing.

BRINK: Can you give us a sense of who Yoon Suk Yeol is?

YEO: Yoon Suk Yeol is considered an elite in South Korea, in contrast to the more humble, social activist background of current president Moon Jae-in. He is a lawyer by training and attended Seoul National University. Yoon’s biggest claim to fame is his role as the prosecutor- general under the Moon government, where he played a leading role convicting former conservative president Park Geun-hye on corruption charges.

Yoon seems to demand loyalty from his followers, and thus far, he has surrounded himself with trusted advisers, including many who served under former President Lee Myung-bak in the late 2000s and early 2010s. This is in contrast to former President Moon Jae-in, who sought greater diversity and inclusiveness among his staff.

The clearest shift in South Korean foreign policy will be the new government’s engagement policy toward North Korea. All Korean governments, whether progressive or conservative, want inter-Korea relations to improve. How you get there, however, differs between progressives and conservatives.

BRINK: How would you characterize his relationship with South Korea’s business community?

YEO: Conservative governments in South Korea tend to have a better relationship with big business in part because they’re more keen in promoting market-oriented policies. But in this case, there might also be some tensions, as the president-elect has emphasized promoting small and medium enterprises (SMEs), which may lead to some competition with the big conglomerates. Yoon seems keen in cultivating the digital economy and may promote policies which support innovation among SMEs in the emerging technology space. Overall, the relationship between government and business should be generally positive, however.

The Trade Relationship With China

BRINK: What about the commercial relationship with China — do you see that changing much?

YEO: Given Yoon’s pro-U.S. stance, some might assume that the new government will adopt a more hardline position toward China.

President-elect Yoon has indicated more willingness to speak out against China on issues such as human rights and freedom of expression. The new government will be less tepid in how it engages China and more willing to assert its own geopolitical interests.

However, we have to be careful regarding this expectation that Seoul will suddenly hop onto the anti-China bandwagon. There are still strong Korean corporate interests and stakeholders in China, even as we see more South Korean companies shifting operations outside of China to Southeast Asia, South Asia and elsewhere, including the United States. For large companies such as Samsung, SK or Hyundai, China is a very large market. There will be pressure from companies to not completely decouple from China. Thus the Yoon government will have to navigate between national and corporate interests.

In sum, there may be reduced trade with China relative to the past as Korean companies seek to diversify risk, but it would be unrealistic to expect a mass exodus or complete decoupling from Chinese trade.

South Korea’s Approach to the North Will Shift

BRINK: And what about North Korea — is there going to be a noticeable shift?

YEO: The clearest shift in South Korean foreign policy will be the new government’s engagement policy toward North Korea. All Korean governments, whether progressive or conservative, want inter-Korea relations to improve. How you get there, however, differs between progressives and conservatives.

The new conservative government will be much more skeptical in its approach to North Korea.

President-elect Yoon has been very clear that North Korea needs to take steps toward denuclearization before offering any sanctions relief or aid package. There are rumors that a North Korean long range missile test may occur to coincide with the anniversary of former President Kim Il-Sung’s birth on April 15. If something like that were to happen, we will see much stronger language from the Yoon government directed at North Korea and most likely a prolonged period of non-engagement.

In the meantime, nothing is happening on the engagement front while North Korea remains locked in its shell under its self-imposed pandemic border lockdown.

Where we might see some shift is if the North Koreans decide that the food or humanitarian crisis becomes unbearable. North Korea may want to begin talking again to the U.S. or South Korea. I think then we may see some opportunities for inter-Korea engagement and more flexibility from the Yoon government in how it approaches North Korea.

Andrew Yeo is a senior fellow and the SK-Korea Foundation Chair in Korea Studies at Brookings Institution’s Center for East Asia Policy Studies. He is also a professor of politics at The Catholic University of America in Washington, D.C. His latest book, State, Society and Markets in North Korea is out now with Cambridge University Press.

Peter Schechter Host of Altamar Global Issues Podcast and BRINK columnist Juan Cortiñas Founder and Managing Partner at Opportunitas Advisors
URL: https://www.brinknews.com/the-changing-of-the-guard-in-south-korea-what-does-it-mean-for-business/
Get ahead in a rapidly changing world. Sign up for our daily newsletter. Subscribe
​​