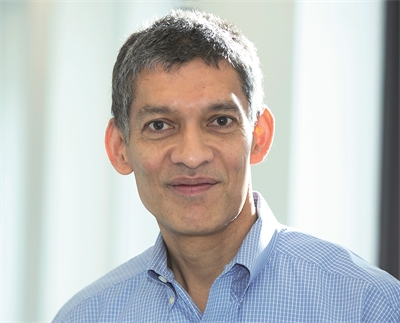 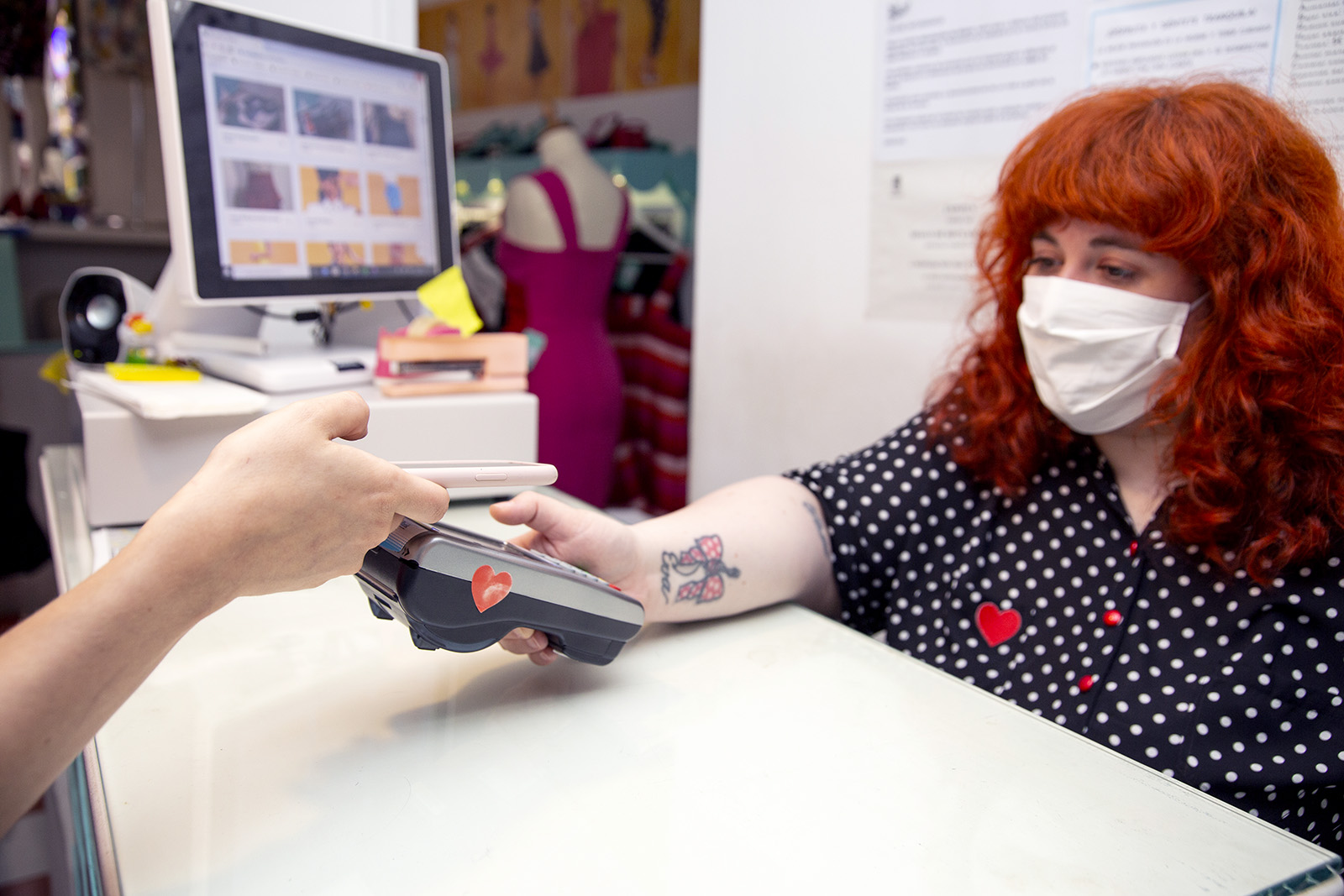 Fashion designer Eva Arinero at the register of her boutique Lady Cacahuete helping a customer with contactless payment via smartphone. For businesses, the prospect of not having to deal with cash, not having to be concerned about safety issues is a big boon.

Digital and cryptocurrencies are rapidly changing the nature of money itself. This will have big implications for currency exchange, how central banks work and the types of services commercial banks offer.

Digital currencies hold great promise for the millions without bank accounts, but there are risks, too, including the possibility of macroeconomic instability.

Professor Eswar Prasad is the author of the upcoming book, The Future of Money: How the Digital Revolution Is Transforming Currencies and Finance. In this first of two pieces, he looks at the role of central banks and governments. In the second piece, he will examine the impact of digital currency on the financial sector.

PRASAD: The initial view that cryptocurrencies would be a passing fad that won’t affect the world of money or finance is quickly being set aside.

What cryptocurrencies like Bitcoin have shown us is that there are technological pathways for central banks to be able to issue digital versions of their own currency in a relatively secure form and in a form that makes digital payments broadly available and accessible to the masses.

So around the world, we’re beginning to see a number of central banks that have either already initiated or are planning to initiate trials of their central bank digital currencies.

The Revolution in Payments

One effect of this is going to be in terms of payments. Domestic payments at the retail level are becoming increasingly digital, and the proliferation of central bank digital currencies will certainly push that along considerably.

But the bigger change is likely to be in terms of cross-border payments, which at the moment are very expensive, slow and difficult to track. The projects that many central banks are undertaking use not just retail versions of their currencies, but what are called wholesale central bank digital currencies.

These essentially allow commercial banks and other payment providers to settle cross-border payments much more quickly and cheaply. That’s where the real benefit is going to lie.

The End of Cash Is In Sight

BRINK: You have said that the era of cash is ending. What exactly do you mean by that?

From the perspective of governments, digital currencies have many benefits. They are less prone to counterfeiting — any currency that leaves a digital trail is less likely to be used for activities that are illicit or for facilitating corruption. And it pulls a lot of economic activity out of the shadows and into the tax net, so it can be a boon for governments in terms of tax revenues.

And for businesses, the prospect of not having to deal with cash, not having to be concerned about safety issues is a big boon, especially if the alternative is a government-provided low-cost digital payment system.

Given the wide reach of Facebook and the enormous financial clout it has, one can very well see a Facebook-issued cryptocurrency displacing many national monies.

So I think there are many benefits from practically every angle that you can think about. Of course, there are some costs as well — losing cash will mean that we lose any prospect of anonymity in our day-to-day transactions, but that might be a price that many societies are willing to pay for the economic benefits from digital currencies. So it’s very hard to see cash remaining viable much longer.

A Digital Wallet With the Central Bank

BRINK: Does it mean that every person would have a digital account with the central bank of a country?

PRASAD: Digital cash can take multiple forms; it could be something as simple as money loaded onto an app, like a prepaid debit card that you use for payments through your phone. But a more sophisticated version of a central bank digital currency (CBDC) is where, in effect, each one of us has an account with the central bank, perhaps in tandem with a digital wallet that we can use to transact using digital versions of the currency.

These digital wallets could either be maintained by a country’s central bank or even a commercial bank. So in other words, you could go to your bank and have a digital account, like you do right now for your regular interest-bearing deposit account, but side by side, you could also have a central bank digital currency account that you can use for transactions that do not pay any interest but allow you to use digital currency for payments relatively easily.

The key difference relative to an existing electronic payment system such as a debit card or a credit card is that you wouldn’t need access to any of these other payment systems. The government would essentially be providing the service at no cost to both the consumer and the business.

Cross-Border Transactions Will Get Cheaper

BRINK: What would happen to exchange rates, if you were dealing in two different digital currencies?

PRASAD: At the moment, the prospect is that most central bank digital currencies will be available only for domestic use. So given that most cross-border payments for trade and financial transactions are already digital anyway, this isn’t going to fundamentally change the nature of valuation between different currencies, i.e., exchange rates.

However, it is possible that over time, countries will start becoming more comfortable about allowing their digital currencies to be used more broadly outside their countries. In that case, you could have digital versions, say, of the dollar being used widely around the world. Or perhaps you could have digital versions of the Chinese renminbi being used widely in Asia. But I think the fundamentals of the international monetary system related to capital flows and exchange rates aren’t going to be affected in any fundamental way.

Cross-border payments will become less cumbersome. This is going to help economic migrants sending remittances back to their home countries; those remittances will become much cheaper and much quicker to send back home.

For exporters and importers, it will become much easier to make payments across borders and to track them in real-time. So we will see big efficiency improvements.

BRINK: But couldn’t big currencies like the renminbi and the dollar just swamp the smaller currencies? It might be much easier just to use the digital dollar instead of my own digital currency.

Should You Invest in Crypto Assets?

But there is an even more basic concern. It’s not just the U.S. government, or the U.S. Federal Reserve issuing currency. If you think about cryptocurrency or a stable coin issued by a major corporation, such as Facebook, one can well see that being trusted much more than a domestic currency in many countries.

And given the wide reach of Facebook and the enormous financial clout it has, one can very well see a Facebook-issued cryptocurrency displacing many national monies. So yes, for many central banks around the world this is an existential threat.

Eswar Prasad is a professor at Cornell University, a senior fellow at the Brookings Institution, and a research associate at the National Bureau of Economic Research. His previous books include Gaining Currency: The Rise of the Renminbi and The Dollar Trap: How the U.S. Dollar Tightened Its Grip on Global Finance.

Derek Scissors Senior Fellow at American Enterprise Institute
URL: https://www.brinknews.com/the-era-of-cash-is-ending/
Get ahead in a rapidly changing world. Sign up for our daily newsletter. Subscribe
​​