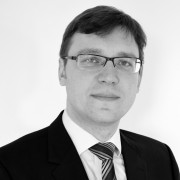 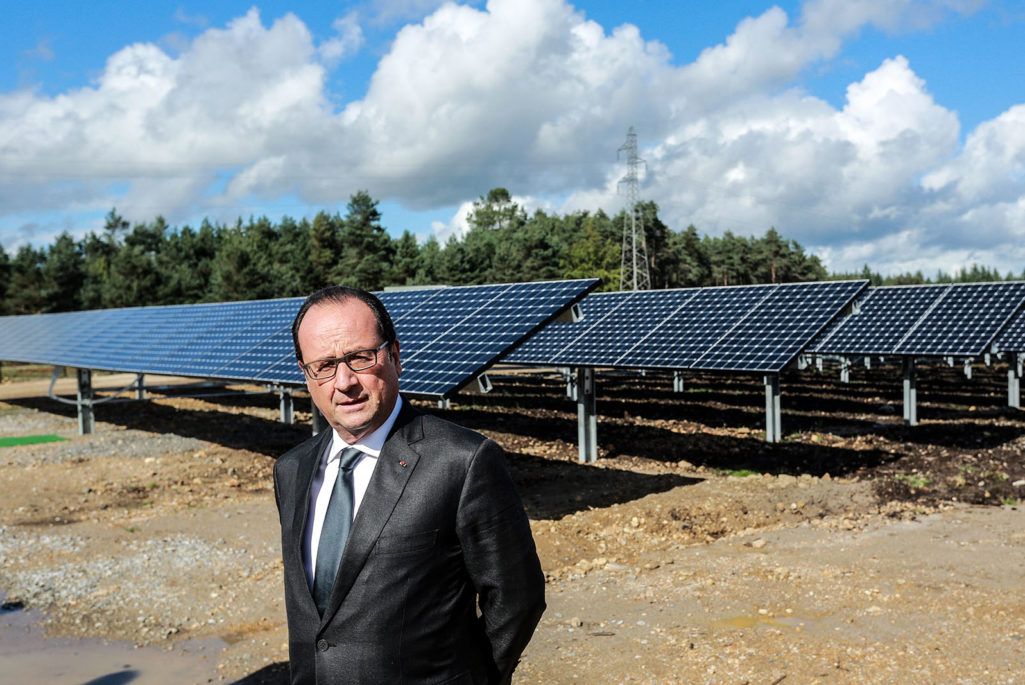 French President Francois Hollande talks to the press during the inauguration of a ground-based photovoltaic solar plant on September 18, 2015, in Gros Chastang, southwestern France.

In 2009 the EU adopted three targets to meet its energy policy objectives of developing a sustainable, secure and competitive energy system. The targets were translated into nationally binding legislation in 2009 and in 2012.

These measures have had a substantial impact on the EU energy system; the share of renewable energy in EU gross energy consumption reached 15.3 percent in 2014, and the majority of member states are expected to meet their 2020 renewable energy targets.

In the run-up to the Paris climate conference, and in order to provide guidance to the industry, in 2014 the European Commission proposed a new 2030 Climate and Energy Policy Framework, which was endorsed—with slight adjustments—by the European Council of October 2014.

The most controversial aspect of this new 2030 Framework is that, unlike in the previous 2020 Package, the new EU targets will not be translated into national binding targets through EU legislation. Following the approval of the European Council, the European Commission (EC) initially proposed to implement the 2030 Framework at the end of February 2015. The proposals, set out in the Energy Union Package, aim to provide a coherent approach to climate change, energy security and competitiveness, and to achieve the goals agreed under the 2030 Framework.

Officially, this is due to the willingness to leave “greater flexibility for member states” in line with the provisions set out in Article 194(2) of the Treaty on the Functioning of the European Union (TFEU) on the issue of national control over the energy mix.

However, in reality member states do not share a common vision on how the EU energy market should be organized. Therefore they seek maximum flexibility in order to conduct their national energy policies. For instance, the UK and the Czech Republic suggest that the new Framework “should only be sufficient to enable an assessment of collective progress, and should be significantly less prescriptive than is currently the case under the 2020 climate and energy package.”

This situation raises questions on how the new 2030 Framework will be implemented, and consequently brings the issue of governance into the spotlight.

A lack of strong EU policies is allowing member states to pursue policies that fragment the internal energy market. The lack of binding national targets carries the risk that national efforts will not add up to the EU aggregate commitments.

In the absence of binding obligations for member states, only a solid governance structure can guarantee that the 2030 targets will be achieved.  In particular, investors’ confidence could be undermined without a strong and reliable governance system.

Anticipating this problem, the EC has proposed a potential governance scheme based on national plans for competitive, secure and sustainable energy in the 2030 framework communication. It structured the scheme on three key steps: 1) “Detailed guidelines to be prepared by the EC on the content of national plans”; 2) “Preparation of Member State plans through iterative process”; 3) “Assessment of the Member States’ plans and commitments” (if insufficient, “a deeper iterative process would take place between the EC and the Member State to reinforce the plan’s content.”).

The October 2014 European Council meeting took a much more vague stance on the issue, and calling for the establishment of a “reliable and transparent governance system without any unnecessary administrative burden,” to be built on “existing building blocks” such as national climate, renewable energy and energy efficiency plans.

The issue of the governance of the 2030 Climate and Energy Policy Framework thus continues to remain largely unresolved. On September 1, 2015, the General Secretariat of the Council of the EU sent a note to the delegations with the Draft Council Conclusions on the Governance System of the Energy Union prepared for the forthcoming Transport, Telecommunication and Energy (TTE) Council that will be held in Luxembourg on November 26, 2015.

In line with the concepts already developed by the EC, the document outlines a governance system based on national energy and climate plans followed by progress reports on the implementation of the same plans, with “aspirational and iterative Dialogue and Monitoring based inter alia on key performance indicators.” According to the document, the “governance cycle will also serve as an ‘early warning system’ by enabling early identification of possible risks and shortfalls as regards all EU energy policy objectives and agreed climate and energy targets.”

Notwithstanding the document’s numerous (and highly bureaucratic) statements, it is still not clear how the proposed governance system would work and in particular how the EC could intervene if a member state didn’t comply with its National Energy and Climate Plan. Unless these crucial issues are clarified before the TTE Council of November, another opportunity to provide real substance to the theoretical 2030 Climate and Energy Policy Framework will be lost.

This piece first appeared on blog of Bruegel.

Georg Zachmann is a research fellow at Bruegel. He is also a member of the German Advisory Group in Ukraine and the German Economic Team in Belarus and Moldova. Prior to that he worked at the German Ministry of Finance and the German Institute for Economic Research in Berlin.

Til Schuermann Partner and Co-Head of Oliver Wyman’s Risk & Public Policy Practice
URL: https://www.brinknews.com/the-eu-2030-climate-and-energy-framework-more-governance-needed/
Get ahead in a rapidly changing world. Sign up for our daily newsletter. Subscribe
​​