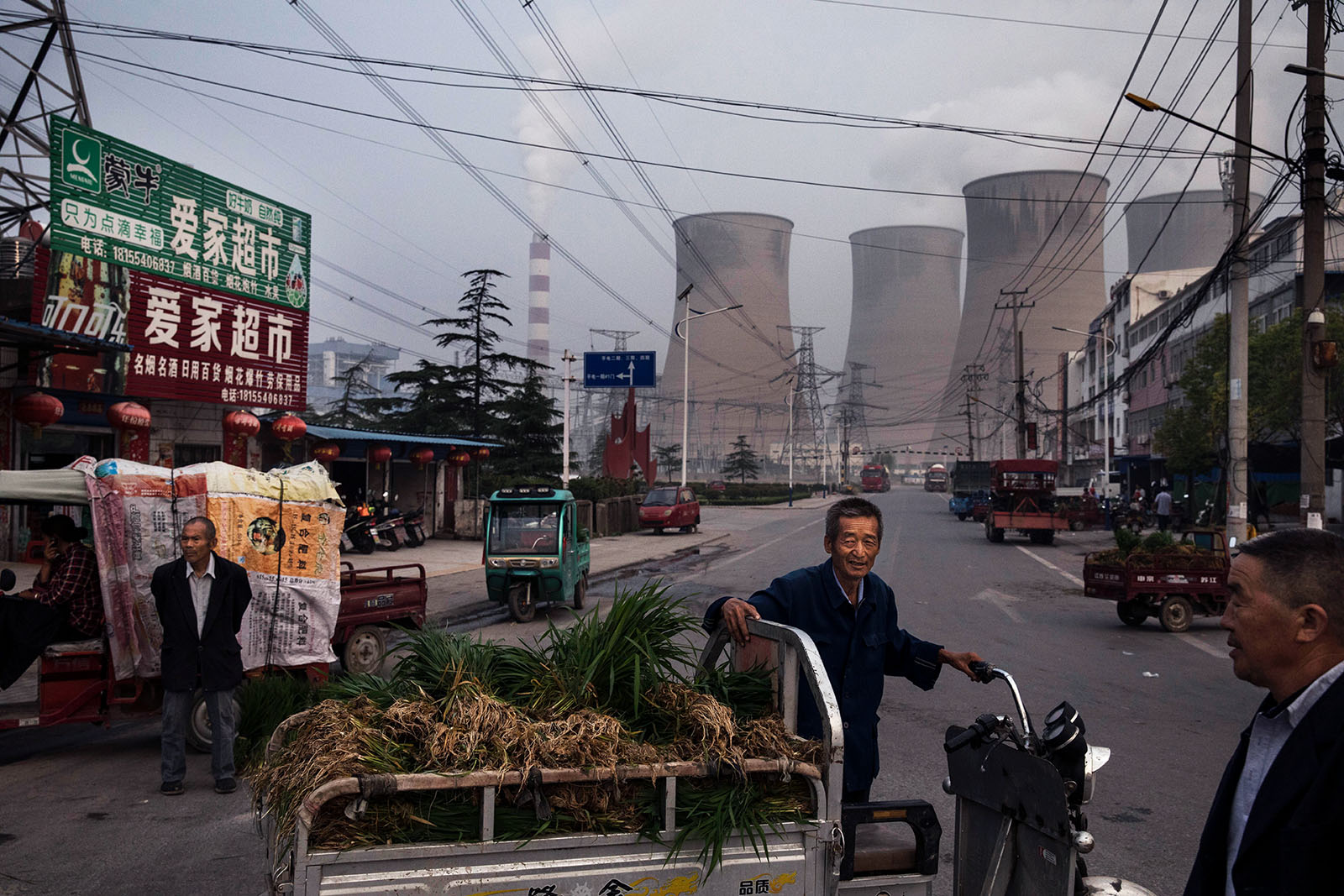 Street vendors wait for customers at a local market outside a state owned coal fired power plant in Huainan, China. Instead of cutting its reliance on coal, China put 38 gigawatts of new coal-fired power capacity into operation in 2020.

Of the 40 world leaders attending today’s virtual White House Summit on Climate Change, the key figure is President Xi Jinping of China. As the world’s largest greenhouse-gas emitter, China will make or break the global quest to achieve climate neutrality by the middle of the century — which will be the only way to limit the global average temperature increase to 1.5 degrees Celsius.

Consequently, President Xi Jinping’s announcement in September 2020 at the United Nations General Assembly of China’s new objective to peak carbon dioxide emissions before 2030, and then achieve carbon neutrality by 2060 has been broadly welcomed. But President Xi offered no detail on how China will turn this vision into reality, and an examination of China’s current plans shows clearly the goal will not be achieved without major changes.

Some details of how China might approach its targets were provided at the December 2020 Climate Ambition Summit. Here, President Xi outlined preliminary elements of the new Nationally Determined Contribution that China is due to submit — like all other Paris Agreement signatories — ahead of COP 26 in late 2021.

However, this was seen as more of a continuation of the progress already being made by China, rather than an acceleration, and these preliminary targets raised doubts about the feasibility of China peaking its emissions before 2030 and securing carbon neutrality by 2060.

China’s continued investments in coal, the primary component of the county’s energy mix, have reinforced those doubts.

Instead of cutting its reliance on coal, China put 38 gigawatts of new coal-fired power capacity into operation in 2020, equal to the entire coal-fired power generation capacity currently installed in Germany. While one could argue that the pandemic made 2020 a difficult year for China to focus on climate, it remains to be seen when and how China will reveal how it intends to peak emissions by 2030 and achieve carbon neutrality by 2060.

The most obvious place to look for such information is China’s 14th Five Year Plan (FYP), which was announced at the National People’s Congress in March 2021. Five Year Plans are the main guiding force behind policy in China at all levels of government. Unfortunately, on climate measures, the 14th FYP falls short. It essentially outlines a continuation of existing trends, rather than an acceleration of climate action. Strongly focused on the development of the manufacturing sector — notably through strict targets on state-led innovation — the plan mentions neither a coal cap, nor an emissions cap.

If China’s emissions do not peak quickly, achieving carbon neutrality by 2060 will be challenging.

The 14th FYP simply commits to reducing the carbon and energy intensity of China’s GDP growth. Current estimates are that China’s emissions will continue to rise every year, at a rate of 1% to 1.7% until 2025. It should also be noted that the 14th FYP makes several references to the development of coal, emphasizing its “clean and efficient utilization.”

This is consistent with the broader structure of the plan, which is strongly oriented toward ensuring China’s self-sufficiency in the context of an increasingly hostile external environment and, in particular, U.S.-China strategic competition. In other words, the 14th FYP does not include a coal-consumption reduction target, nor a clear target for emissions to peak by 2025. Interestingly, the plan also makes no reference to the target of 1,200 GW of solar and wind installed power capacity by 2030, mentioned by President Xi in December 2020.

The lack of specific targets for the 2020-2025 period in the 14th FYP is worrisome, but does not mean President’s Xi’s commitment made at the U.N. is unachievable.

It could still be achieved with much more stringent measures to cut emissions between 2025 and 2030, or with more stringent measures within the 14th FYP at central and local level, even if not imposed in the FYP. However, China’s recent economic history shows local governments pushing for higher rather than lower growth, hampering progress in cutting carbon emissions.

Will We See a Coal Cap?

More detailed measures on energy, renewable energy, coal and electricity from the Ministry of Ecology and Environment are expected in late 2021/early 2022. It might be within these measures that we finally see a “coal cap” for 2021-2025.

As if this were not enough, both Chinese and international climate modeling studies state that China’s emissions should peak by 2025 at the latest for China to reach carbon neutrality by 2050 (see, for example, a December 2020 study coordinated by the Energy Foundation China and the University of Maryland, which highlights the dangers of locking-in high-emission assets and the need for rapid action). If China’s emissions do not peak quickly, achieving carbon neutrality by 2060 will be challenging.

Against such backdrop, the Biden administration is making climate change the most important – and possibly the only — area of cooperation with China, as reflected by US climate chief negotiator, John Kerry’s recent visit to Beijing in advance of today’s White House Summit.

Coercion Could be On the Table

The need to cooperate with China has become blatantly clear for the European leaders as well, which explains the recent trilateral meeting among President Macron, Chancellor Merkel and President Xi. The question, thus, is whether the Western voices asking China’s leader for cooperation on climate change will lead to much more specific and immediate deadlines to reduce carbon emissions.

In the absence of such a plan, it might well be that voluntary cooperation slides into coercion from the West and, in particular from the Biden administration. In fact, potential retaliation cannot be fully excluded if China’s plan against climate change remains elusive. A very real form of coercion could be the implementation of a carbon border tax in the U.S. and the European Union. All in all, it seems China may want to review its loose climate plans for the next few years sooner rather than later.