Asia-Pacific Must Phase Out Fossil-Fuel Subsidies 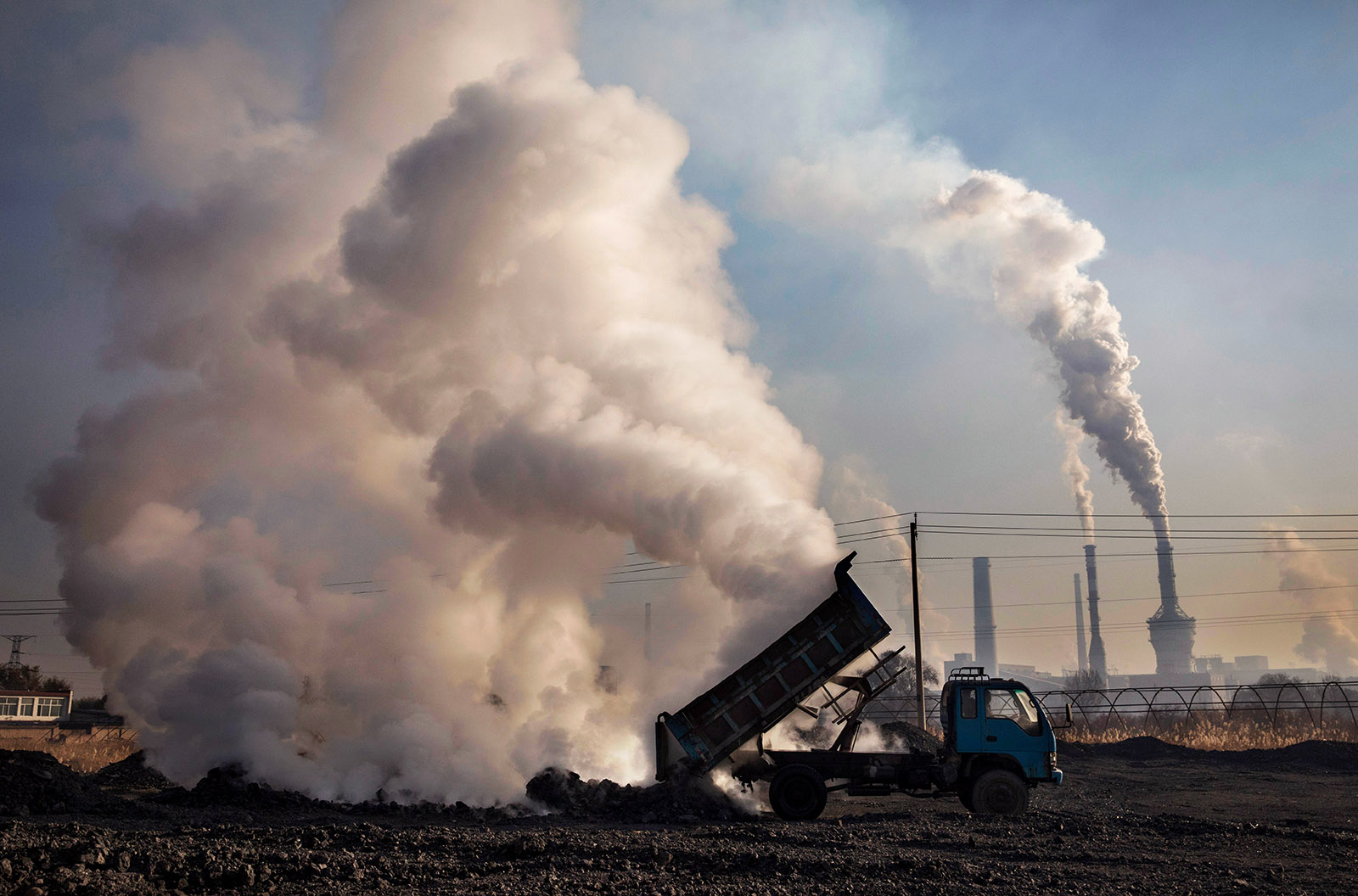 A laborer unloads waste coal and stone as smoke and steam rise next to an unauthorized steel factory in China.

Source: Bruegel based on BP Statistical Review of World Energy (2021). Note: data refers to carbon dioxide emissions resulting from fossil-fuel combustion, as listed in the IPCC Guidelines for National Greenhouse Gas Inventories. Other sources of CO2 emissions, or other greenhouse gases, are not included.

Compared to other world regions, Asia-Pacific faces a specific decarbonization challenge: a need to rapidly decrease its reliance on coal that makes up about 50% of Asia-Pacific’s energy mix. In other regions, coal makes up from 10% to 20%.

Source: Bruegel based on BP Statistical Review of World Energy (2021).

The coal challenge is particularly pronounced in China and India, which respectively account for 60% and 14% of Asia-Pacific emissions. About 70% of electricity generation comes from coal in both countries, compared to about 20% in other major emitters including the United States, the European Union and Russia (Figure 3).

Source: Bruegel based on BP Statistical Review of World Energy (2021).

The Use of Coal Is Still Increasing

All in all, coal in China and India is currently the single biggest contributor to global greenhouse-gas emissions. Phasing down the use of coal in these two countries is absolutely critical if the world is to meet the Paris Agreement objectives and fight climate change.

As a second objective — but still important — the coal dependency of low-income countries in Asia-Pacific needs to be reduced. The share of coal in electricity generation in these countries is increasing rapidly with the expansion of electricity demand and infrastructure, with which natural gas and hydropower cannot keep up.

While welcoming, these measures will certainly not be enough without tackling the most pressing and significant problem of excessive reliance on coal in the energy basket. In fact, notwithstanding the adoption of climate policy measures, countries in the region continue to subsidize significantly the consumption of fossil fuels, including coal. China continues to subsidize coal for at least four reasons: 1) to provide cheap electricity and heating to citizens, as coal plants remain a low-cost electricity supply option compared to natural gas and offshore wind (and might remain so until 2026); 2) to foster industrial competitiveness by using cheaper electricity for production; 3) to enhance energy security by reducing the need for energy imports; and 4) to support the coal industry, which employs about six million workers, mainly in north-eastern provinces that suffered most growth-wise since 2015.

The International Energy Agency (IEA) estimates that, in 2019, Chinese fossil-fuel subsidies amounted to $30 billion, while in India, they were $21.8 billion and in Indonesia, they were $19 billion (Table 1).

There is no justification for subsidizing fossil fuels in a context in which their share in the energy mix must be reduced drastically. In fact, for Asia to meet its carbon neutrality goals, no new coal mines should be constructed because there will be a sharp decline in fossil-fuel demand. According to the IEA’s May 2021 net-zero by 2050 roadmap, global coal demand should decline by 90%, to just 1% of total energy use, by 2050.

These subsidies represent a major stumbling block for decarbonization in Asia-Pacific. Consequently, the first climate policy must be to ensure that fossil fuels do not get direct or indirect government support.

Only by phasing-out these subsidies can market distortions be avoided and the potential deployment of renewable energy and energy efficiency solutions fully unleashed. Furthermore, the phase-out of these subsidies is important to free-up public finance resources that can be reallocated towards green investments and towards compensatory measures for the poor — to ensure climate justice.

In this context, the very rapid increase in the number of coal power plants in developing Asia in the last few years is very concerning. This shows that international coordination is needed to stop the financing of coal. The May 2021 announcement by the Asian Development Bank that it will stop financing coal is welcome, but others must follow. In particular, given the huge role of Chinese public banks in the financing of coal plants in the region, an international coordinated effort to stop such financing is needed to expedite the shift away from coal in these countries’ energy baskets.

Finally, it should be mentioned that while discussions on carbon pricing are important in Asia — as they are for the rest of the world — the sheer amount of fossil-fuel subsidies makes this issue rather secondary compared to the need to reduce the immediate distortions generated by fossil-fuel subsidies.

How China Is Approaching the Problem

Take China: After years of pilot schemes at regional and sub-regional levels, China announced in 2017 the creation of a national emissions trading system (ETS). The scheme’s first compliance period, initially due for 2020, will now start in mid-2021, covering coal- and gas-fired power plants (approximately 40% percent of national carbon emissions). While it is still too early to say how the ETS will develop, TransitionZero has estimated — using satellite images and machine learning to estimate operations at China’s biggest coal plants in 2019 and 2020 — that China is likely to have oversupplied the scheme by as much as 1.6 billion allowances for 2019 and 2020, potentially causing prices to quickly crash to zero when trading begins later this year. Should this happen, it might take several years before China’s ETS becomes an effective decarbonization tool. Considering the $12 billion in fossil-fuel subsidies provided to the electricity sector every year, China’s carbon price would be negative. This represents a major concern for global decarbonization efforts. In its Net-zero by 2050 roadmap, the IEA notes that China’s carbon price should reach $45 per ton by 2025 to be consistent with a net-zero scenario by mid-century.

All in all, the phase-out of fossil-fuel subsidies must be the first step in decarbonization of the Asia-Pacific region. It really is a key prerequisite for the development of properly functioning carbon-pricing systems and the unleashing of their vast potential for driving decarbonization in this region. Coal subsidies are not only an issue in Asia, of course. There is probably no more important issue on the climate change front, though much more attention is given to carbon pricing or carbon tariffs. For industrialized countries, helping create the incentives to dismantle coal subsidies in China and India, and stopping the building of more coal plants, especially in the rest of Asia, should be a priority in their international climate strategies.

This piece was originally published in Bruegel.

Mark Campanale Founder and Executive Chair of The Carbon Tracker Initiative
URL: https://www.brinknews.com/asia-pacific-must-phase-out-fossil-fuel-subsidies/
Get ahead in a rapidly changing world. Sign up for our daily newsletter. Subscribe
​​