The False Choice of Free Trade vs. Protectionism 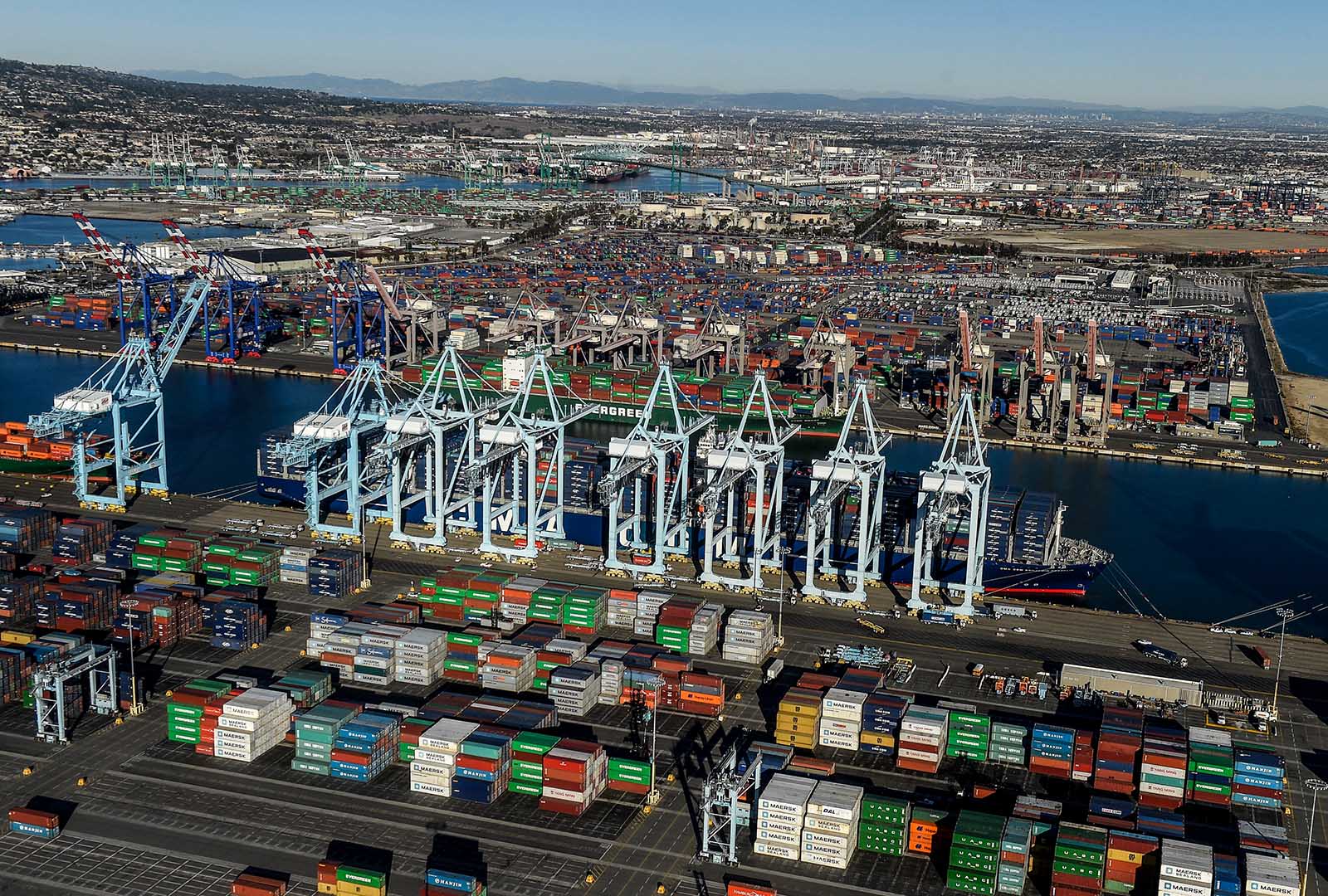 Trade has clearly become a scapegoat for anything bad that happens in our economy.

For someone who labored in the weeds of trade policy for 40 years and who reads about it in the newspaper business section, having it now front page above the fold, along with numerous specialized publications devoted to it, is a bit of a shock. How did this backwater of economic policy turn into such a big deal? The answer lies in theory and history.

Let’s begin with theory. Most people who have studied economics will tell you that the theory of free trade is impeccable while admitting that the reality might very well be different. Beginning with Adam Smith, followed by David Ricardo’s theory of comparative advantage, the world has for the most part figured out that free trade is a win-win policy that leaves all participants better off.

More recent studies looking at various countries over the past 20 years consistently show that those that have liberalized their trade policies grew faster and improved productivity more than those that did not. At the company level, studies have also shown that firms that engage internationally—whether they export or import—grow faster and pay better wages and benefits. Trade theory, however, makes a macro statement—overall, on average, everybody is better off—which conceals the underlying micro statement that some people end up worse off even if the economy as a whole gains.

A corollary of these two statements is that the gains of trade tend to be long term and diffuse while the losses tend to be short term and specific. For example, free trade in textiles and apparel would mean that your next dozen shirts might cost 10 to 20 percent less, but it would also mean that a number of American workers in that sector would lose their jobs as their mills and factories close. Consumers might not even notice the lower price unless someone pointed it out to them, but it’s guaranteed that people who lost their jobs would notice that they were suddenly unemployed.

The newly unemployed generally blame trade for their plight—blaming foreigners is always easier than blaming ourselves—but in fact it is difficult to sort out the real reasons. A lot is due to productivity improvement largely because of advances in technology. Data shows that our manufacturing output, for example, continues to grow even as the number of workers shrinks. In other words, our industries are not all disappearing; we’re just making more stuff with fewer people. Recent research, however, shows a link between Chinese imports and job losses, suggesting that trade does indeed impact employment but leaves open the question of whether China is unique because of its size and the speed of its economic expansion or whether it’s part of a bow wave. Some economists believe the Chinese wave has washed over us and will now recede, at least in part.

The trade debate is not about trade or even jobs; it’s about alienation.

It is also true that trade has a long and indisputable record of job creation, but the new jobs are rarely taken by the people who lost the old ones. As a result, we have a cadre of unemployed workers who don’t have the training that would help them succeed in a rapidly changing economy and who are often in locations where few new job opportunities exist.

Those arguments provide some insight into the politics of trade. It has clearly become a scapegoat for anything bad that happens in our economy. As for the economics of trade, we need to look at the history of the past 40 years. To summarize it in one sentence: Milestone improvements and cost reductions in transportation and communication culminating in the rise of the digital economy have enabled producers to lower transaction costs by reaching far beyond their neighborhoods and national borders and constructing supply chains that take full advantage of global high quality and low prices. Today’s quintessential “global” product is the iPhone, which contains components from six or seven different countries and is assembled in another country, but it fundamentally rests on intellectual property conceived and developed in America.

The result has been more, better, and often cheaper products that benefit consumers, but the magnitude and rapid pace of this change have had the consequences described above and left some people rudderless, telling politicians, “Stop the world; I want to get off.”

That sentiment is a reflection of what the trade debate is actually about—the powerlessness and lack of attention and respect from political elites that those adrift in our economy feel, and it helps explain why anti-trade feelings persist even with an unemployment rate hovering around 4 percent. It is not about trade or even jobs; it’s about alienation.

Repairing that is a complex task made more difficult by the fact that trade, while a scapegoat, plays a role. In particular, the practices of some countries, notably Japan 30 years ago and China today, have had harmful effects on other economies. These countries have effectively created comparative advantage by adroit use of government resources to promote selected technologies and sectors and then used them to pursue policies of export-led growth at the expense of others, primarily the U.S., to create new pressures on the global trading system and on the domestic politics of the states that have seen their imports balloon.

None of that, however, undermines the fundamental validity of free trade theory; it just complicates the task of developing appropriate policy responses.

The political challenge is persuading people that the right growth and income-promoting policies lie outside the realm of trade. They involve building a competitiveness tripod that (1) helps the victims of trade develop new skills and trains the next generation on how to succeed in a globalized economy; (2) encourages our manufacturers to invest at home in infrastructure and human capital; and (3) expands government investments in the infrastructure, R&D, and education that enables our companies to run faster than their competition. What they do not involve is trade protection.

William Reinsch is a distinguished fellow with the Stimson Center, where he works principally with the Center’s Trade21 initiative. He is also a senior advisor at Kelley Drye & Warren. Mr. Reinsch served as president of the National Foreign Trade Council from April 2001 to May 2016. Prior to joining the NFTC, Mr. Reinsch served as the under secretary for Export Administration in the U.S. Department of Commerce.